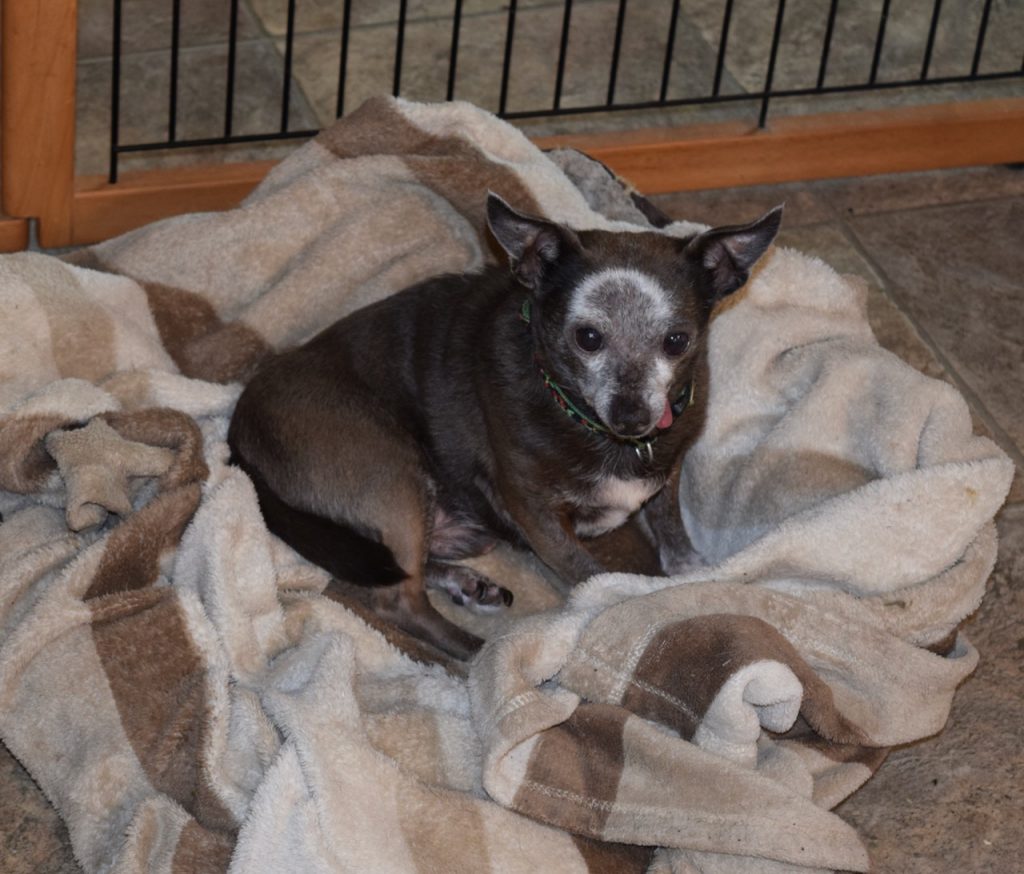 That’s little Jake, who was on the cover of last year’s holiday print newsletter. He had been diagnosed with an aggressive nasal sarcoma, which we only knew about because the cancer created enough inflammation that the tumor broke through his skull at the base of his forehead. Yep, it actually shattered the bone. A CT scan identified the tumor and its location at the upper end of his nasal passage.

There were a few ways we could have treated the cancer, but our medical oncologist in Burlington said the state-of-the-art approach was radiation treatment. It turned out there were only a couple of radiation oncologists in all of New England, and the nearest one in Boston was booking treatment six months out. We obviously did not want to wait that long, given how aggressive the sarcoma could be. So we took Jake to a radiation oncologist in Connecticut for two weeks of radiation therapy. That was in June 2021.

The radiation oncologist told us the standard survival time post-treatment is about one year. Well, we are nearly 6 months now past that year mark, and Jake is doing phenomenally well. So far we’ve seen no signs of the cancer recurring. He is as spunky and energetic as ever! Other than the white hair on his face — a side effect of the radiation — you’d never know he had suffered from cancer.

In the immediate aftermath of the treatment, we did begin to wonder if we had done the right thing. His face was a mess … skin blistered and peeling, almost like it had been burned. This went on for weeks. This is what turned his hair white, because that’s the area where his skin had sloughed off.

The radiation oncologist had warned us about this kind of side effect, but in fact it was worse than we had been led to believe. To be fair to the oncologist, every patient is different and can react with differing degrees to the side effects. Amazingly, despite the initial awful appearance of Jake’s face, he maintained a great appetite and actually had more energy than he did prior to the radiation. So we quickly shelved our misgivings when we saw how joyful the little tyke was, despite how he looked.

So here he is, heading for another Christmas — and another (brief) appearance in our upcoming holiday newsletter!

Oh … and that pink tongue is always sticking out … so adorable!