You are here: Home / Dogs / Will Someone Get This Flap Out Of My Way?!? 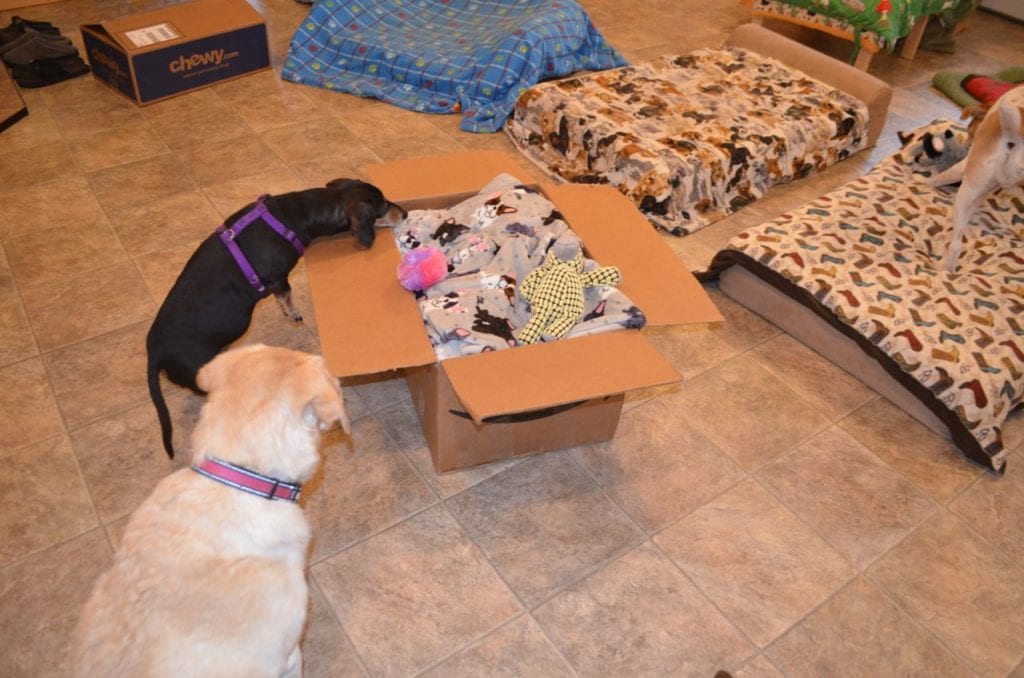 A longtime supporter, Barb R., sent us another couple of boxes of Christmas goodies for the dogs, and as usual, we set an open box on the living room floor to see who would help themselves. Three-legged Tanner was the first to grab a toy, and you can see in the photo above he’s already taken it over to the dog bed to start chewing on.

What surprised us was to see who was next up at the box … blind Wally the Dachshund, our newest arrival. That’s him struggling to get over the box flap to check out the contents of the box.

Not having much luck with that side, he wandered around the box to look for a better angle: 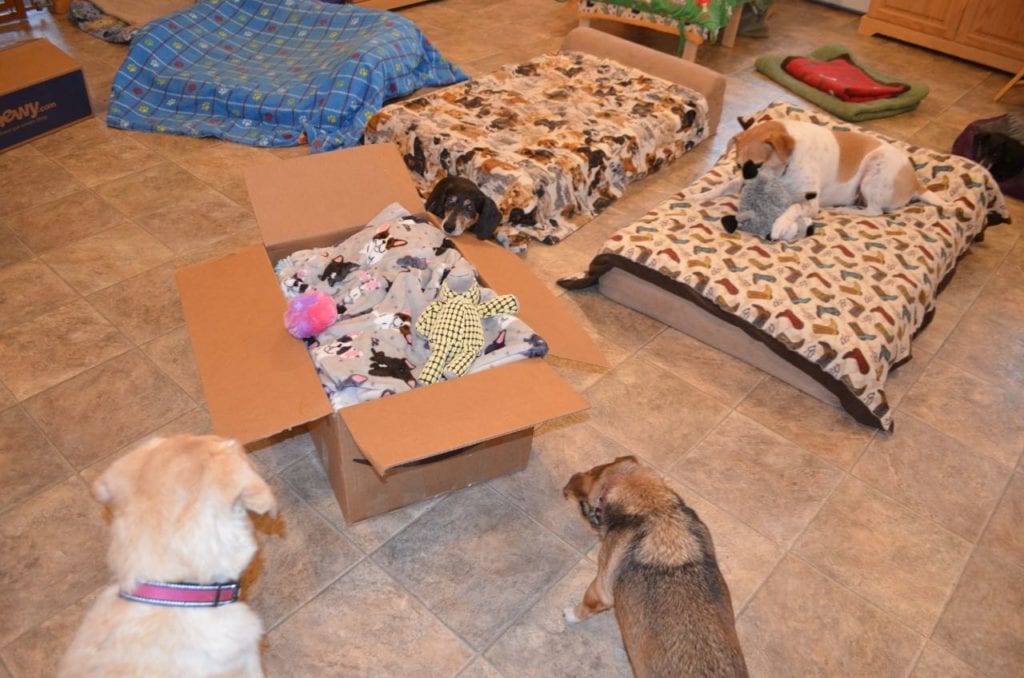 Seeing he was still thwarted by the flaps, I put down the camera, grabbed a pair of scissors, cut a couple of flaps off, and Wally was waiting right behind me to try again: 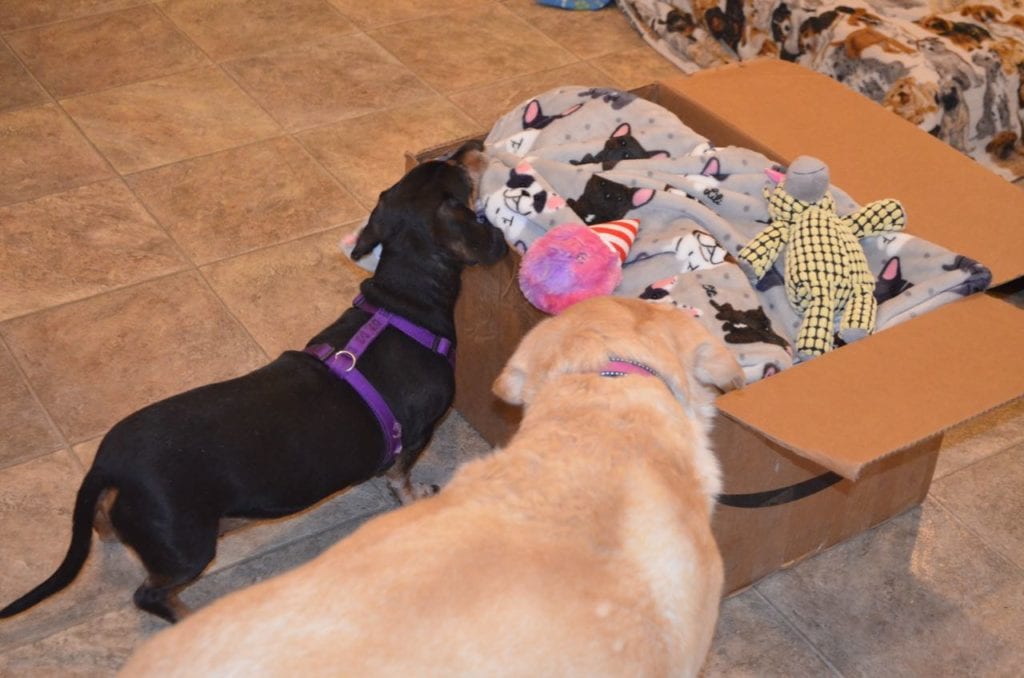 After trying to pull the entire fleece blanket off (a job best left to a Lab), he decides to grab the nearest toy: 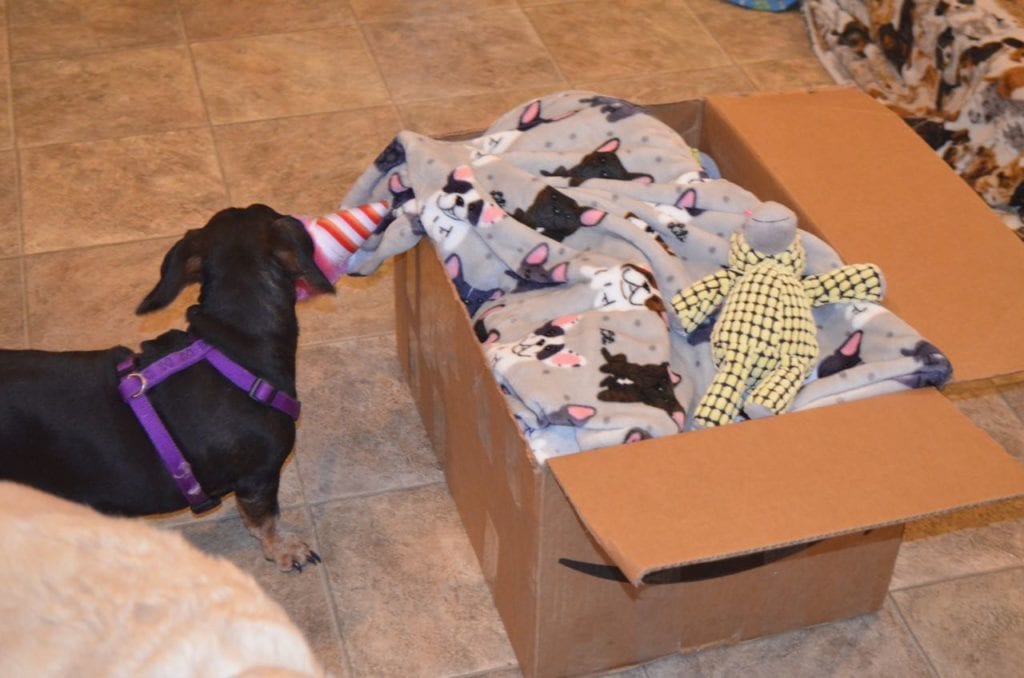 And off he went: 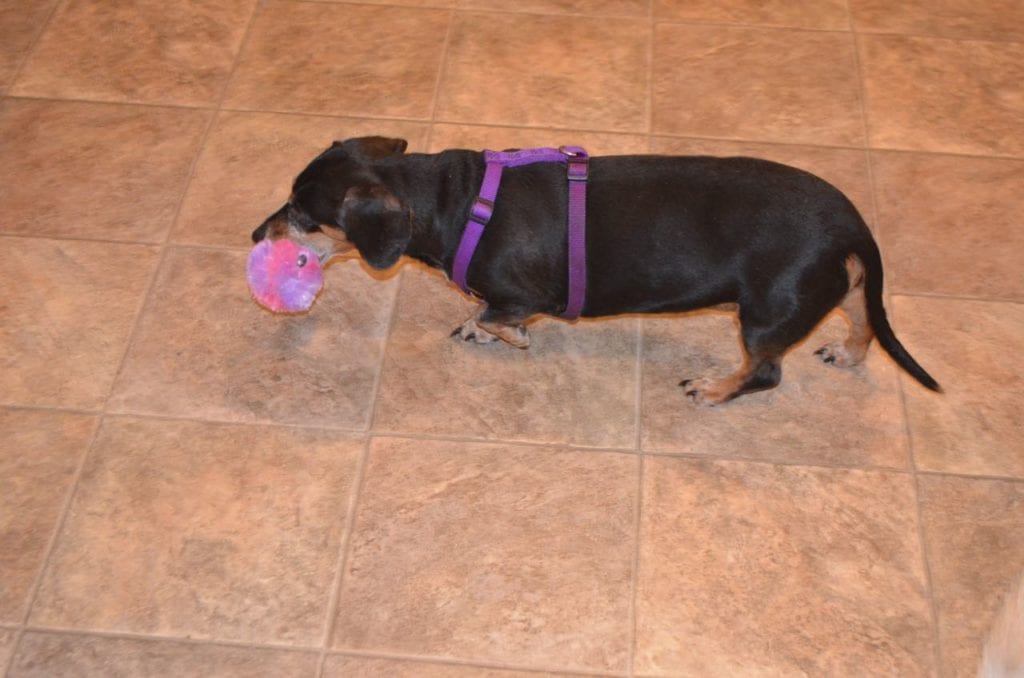 It turned out his favorite “score” was Mr. Hot Dog (hmm, wonder why?), though he initially wanted to play tug-of-war over it with Alayne: 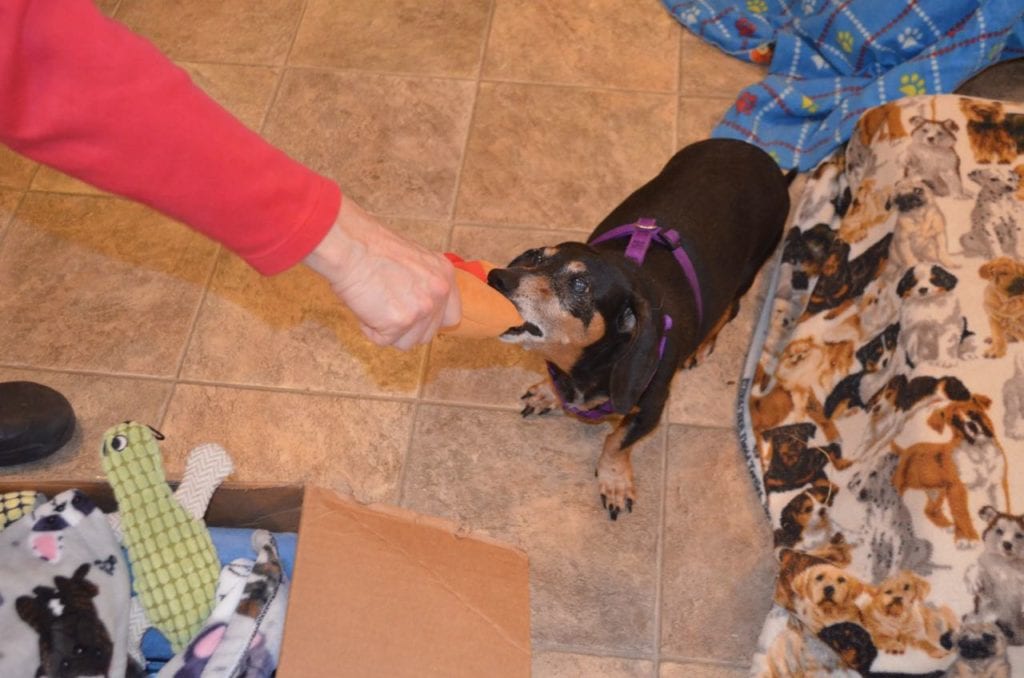 Having satisfied himself that he won the tug-of-war, he took Mr. Hot Dog over to a bed and settled down for a nice, long chew: 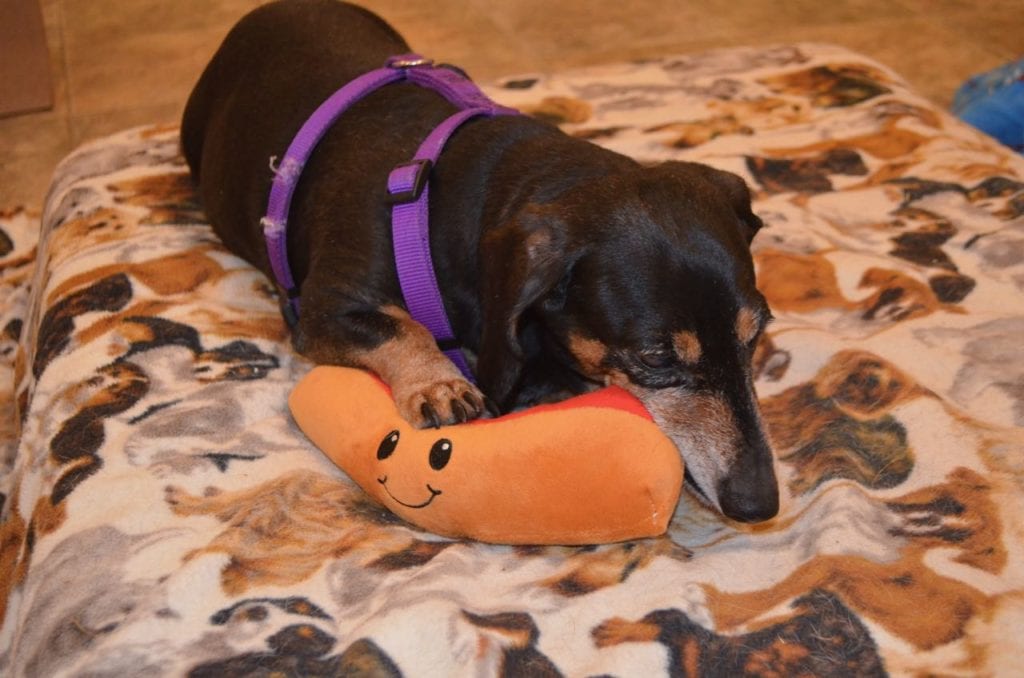 Here he is still working on it, while Mildred wanders in from the right to make a guest appearance: 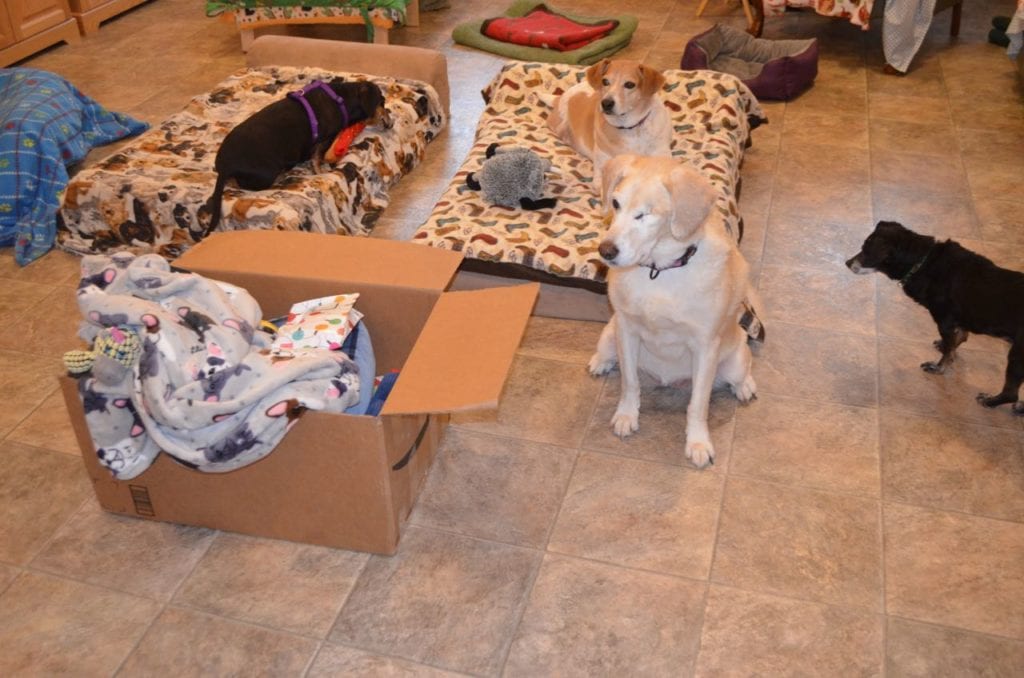 Thanks to Barb for all the treats!