You are here: Home / Dogs / When Only An Iceberg Will Do 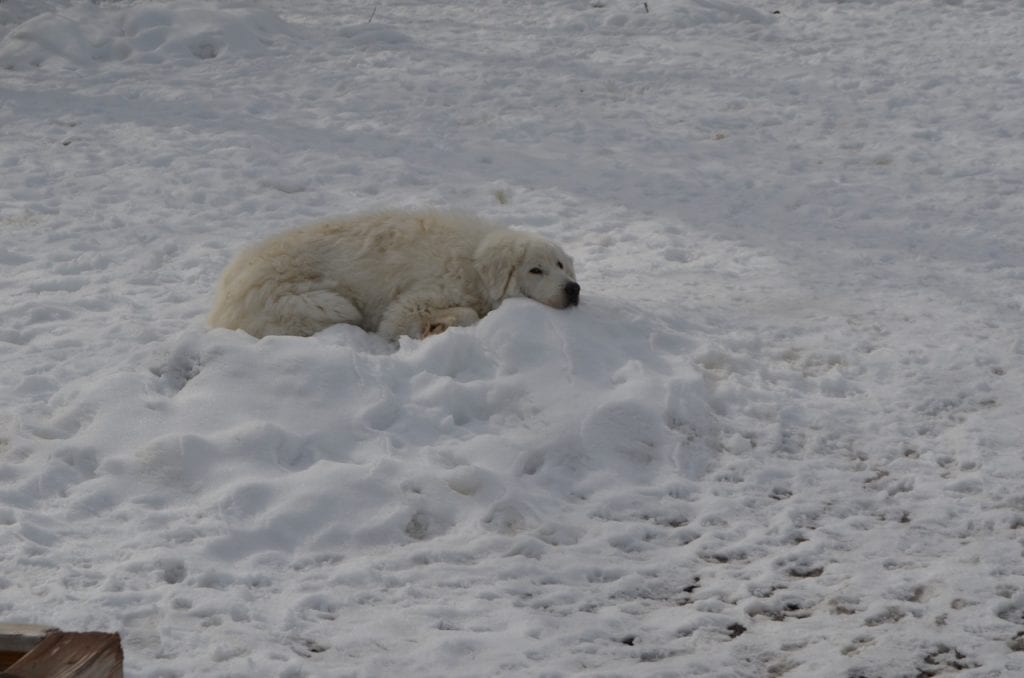 First, before we get to the subject of this post — just a quick update to let you know that Cammie is doing great. She has completely recovered from her surgery to remove the shotgun pellets and the bullet. I had hoped to report what her new blood lead levels were following the start of her lead chelation therapy and then the surgery, but as luck would have it, Cammie’s blood sample was making its way across country to the lab just as the Arctic blast hit the midwest a couple of weeks ago. The courier service was disrupted en route, and by the time the sample eventually arrived at the lab, it had spoiled. So I took Cammie back to BEVS this week for another round of tests, and hopefully by this time next week we’ll have her current lead levels.

But she has finally started gaining weight and is now at 50 pounds … up from the bone-thin 40 pounds when she arrived back in December. We had not managed to get much weight on her until she began the lead chelation therapy, and then she began gaining rapidly. (Lead toxicity can cause gastrointestinal issues, weight loss, etc.) So I’m pretty confident we’ll see quite a drop in her lead levels.

Now for the big boy in the photo. That’s our 130-pound Maremma, Aaron, who guards the poultry on pasture in the spring, summer and fall. He’s outdoors all day, then spends the night in the house with us. His favorite season is winter … and the colder, the better. Really. He just loves being outdoors when it is even sub-zero, and prefers snoozing on the snow and ice on the deck and in the dog yard on winter days. There are many times when we have to insist he come inside when we think he’s been out too long for his own good.

Aaron has a coat like sheep’s wool … in fact, the undercoat IS like wool. So much so that when we shave him down in the summer because of the heat, we actually have to use a professional electric sheep shearer to cut through his coat. Ordinary clippers just can’t get through it. By the time we finish shearing him, there is this huge mound of white fluff on the floor and we’re looking at a much shrunken dog. We joke that he’s actually just 30 pounds of dog wearing 100 pounds of fur.

As I write this, it’s 22° (-5.5° C) outside with a biting wind from the northeast … and I can see him curled up on the snow bank on the deck from my office. He can come inside any time he wants, but that’s where he prefers to be. Every other dog is like, “Are you kidding me? You want me to go outside in this weather and pee?”

In that photo, he’s on the berm we created when shoveling out the ramp to the dog yard. The dark stuff under the snow in the foreground is wood ash we spread for traction when it gets really icy.

Maremmas are an Italian livestock guardian breed, but all the Maremmas we’ve had over the years seem happiest in our cold northern winters!

Finally … back to Cammie … here’s a bonus photo of our blind-and-deaf Pug Stella sitting on Cammie again: 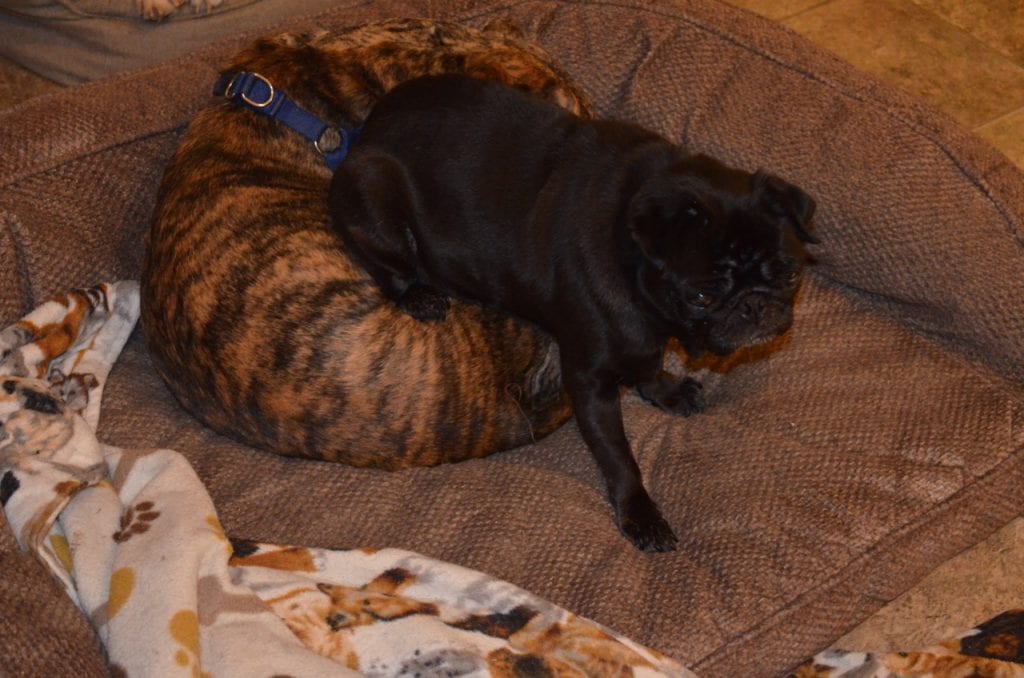 Whenever Stella starts to do this, Cammie will give a low, gentle growl … which of course Stella can’t hear … so she proceeds to sit down anyway … and Cammie relents and lets her do it.