You are here: Home / Dogs / What Are You Doing Here? 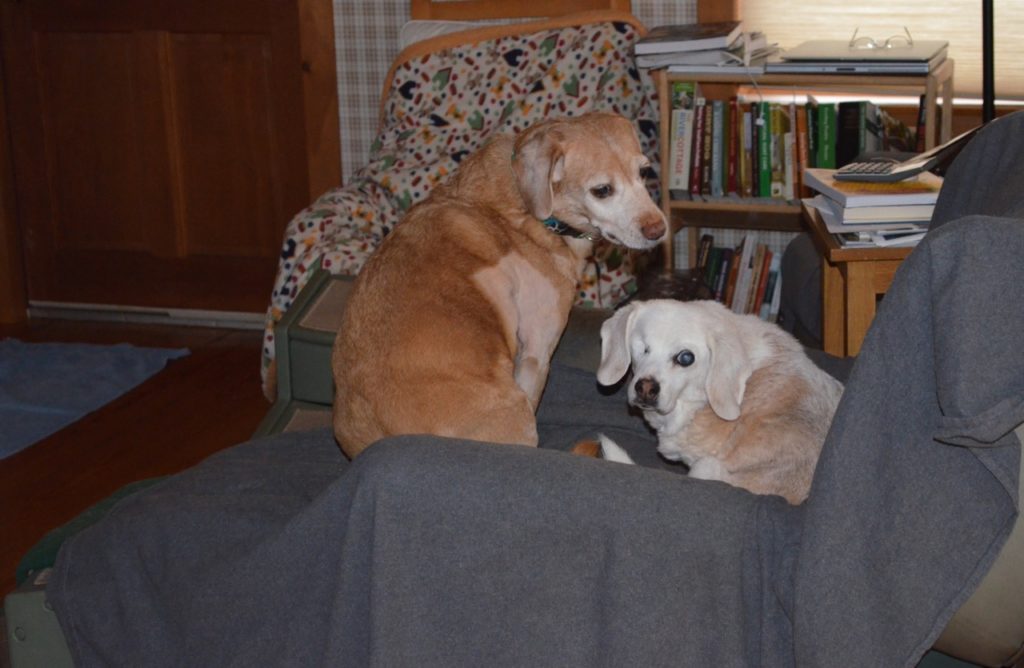 Alayne walked into the living room yesterday evening and found Darla staring annoyingly at a very uncomfortable looking Aurora. As you can see, Aurora had taken over Darla’s recliner, and this was not going over well. Aurora’s usual spot is in the chair in the back that’s covered with the colorful fleece, but she does like to sneak up onto Darla’s recliner when she gets a chance. Now, in fairness to Aurora, Darla does like to appropriate Aurora’s chair on occasion, too, but that’s … well, that’s different. But when Darla wants her recliner, Darla wants her recliner.

Judging from the scene, Aurora was already in the chair when Darla climbed up, found her there, and couldn’t decide what to do about the situation. In this next shot?Aurora may have been appealing to Alayne to intercede … but?look at Darla’s ears-back, pinched face after she turned around: 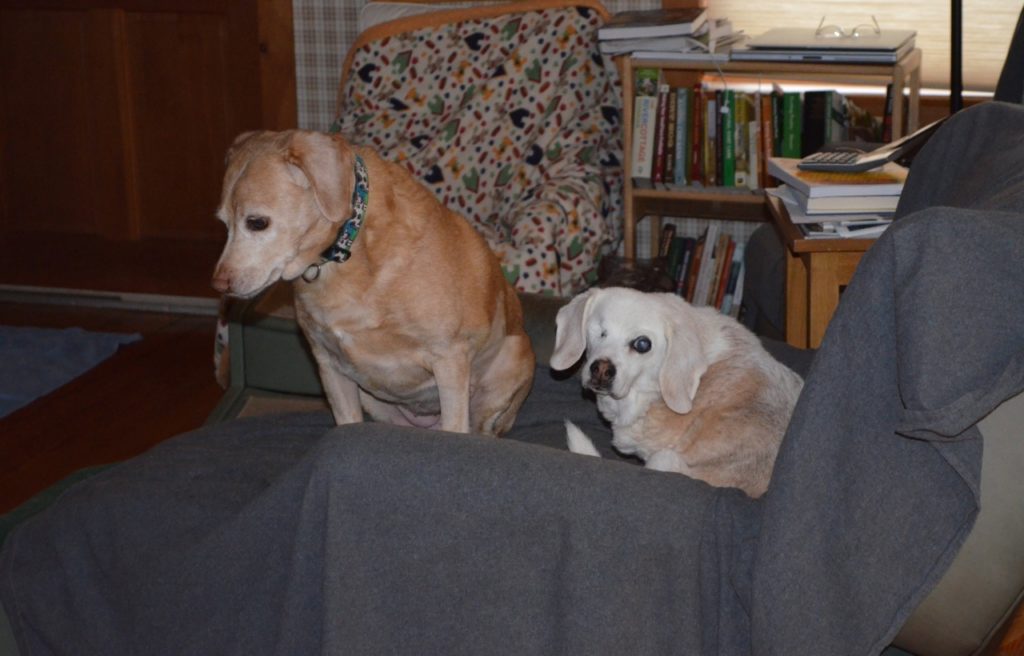 Still unresolved, check out this expression: 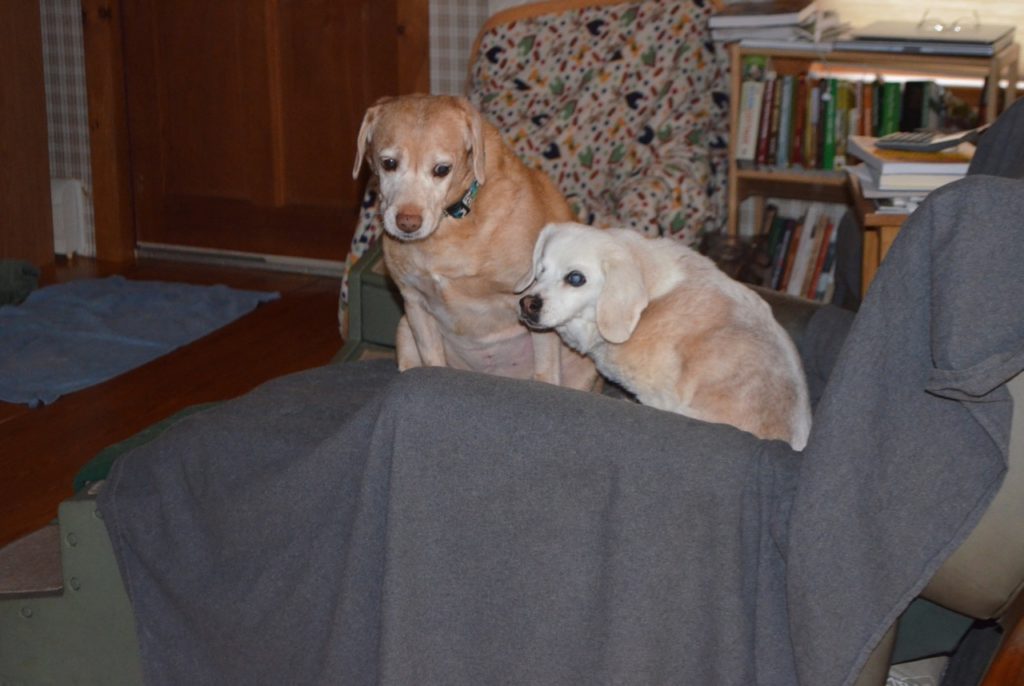 In a Solomon-like ending, both girls ended up coming off the chair and down the ramp together. And that was that.

Another Shelter Challenge contest is underway, having started on November 16th and running until December 20th. We just won a $1,000 state prize in the last round for coming in first in New Hampshire thank you so much for all your votes! so we aren’t eligible for that particular prize this time around, but are eligible for other categories like the grand prize. Please remember you can vote every day. The contest is here: ShelterChallenge.com