You are here: Home / Dogs / Welcoming In The New Year 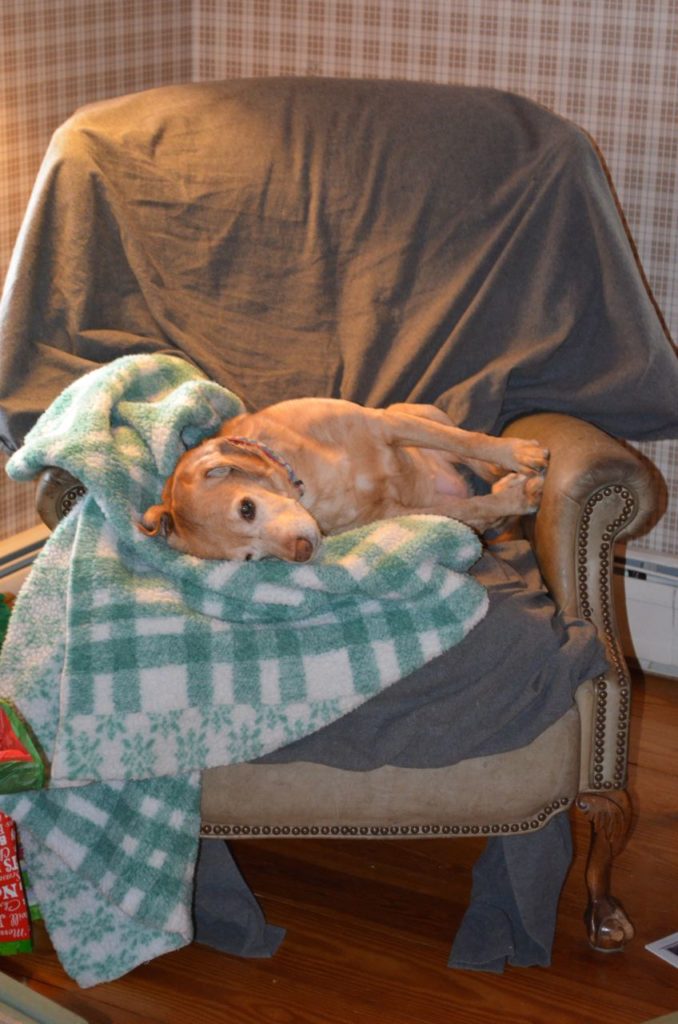 That was Darla on New Year’s Day, having reclaimed her battered but beloved recliner as her own. Ever since blowing out her knee and subsequent surgery last fall, I had the chair to myself since she couldn’t get up there. But over the holidays, she realized she could jump up there again, and she hasn’t relinquished it. Not that there aren’t plenty of other chairs and beds to enjoy in the living room, but she’d rather have my recliner. Well of course! The deal we reached is that she has it during the day, but in the evening, when it’s time to sit down and read, it’s my chair again. A fella can only be pushed around so far, you know??

Here she was the very next day, the 2nd of January: 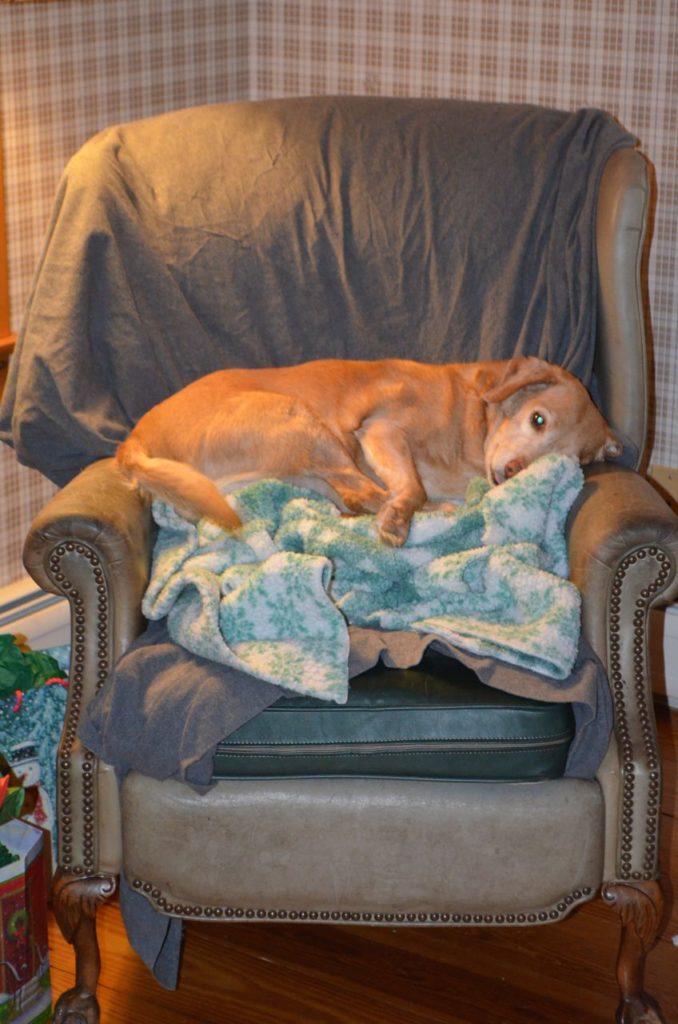 I think she’s waiting for me to get her one of those massage chair recliners. No.

About The Shelter Challenge

I’ve been getting emails from people saying the Shelter Challenge isn’t working, they can’t vote for us, they’ve contacted the Shelter Challenge and never get a response, and they hope we can do something about it. We can’t. They don’t respond any better to us. We don’t have any special access. This latest round of the Shelter Challenge — which, oddly, started?on December 22nd as a “mini-holiday” version, something they’ve never done before — has never worked right from the beginning. This is why we haven’t promoted it on the blog. And the problems are not peculiar to us, and yes, we are registered. The system is just riddled with bugs. I just don’t know why they would fail to fix it. We really appreciate everyone’s efforts to vote for us, but all I can suggest is that you just sit this one out and avoid the aggravation. But thank you for trying!