You are here: Home / Wally the blind Dachshund 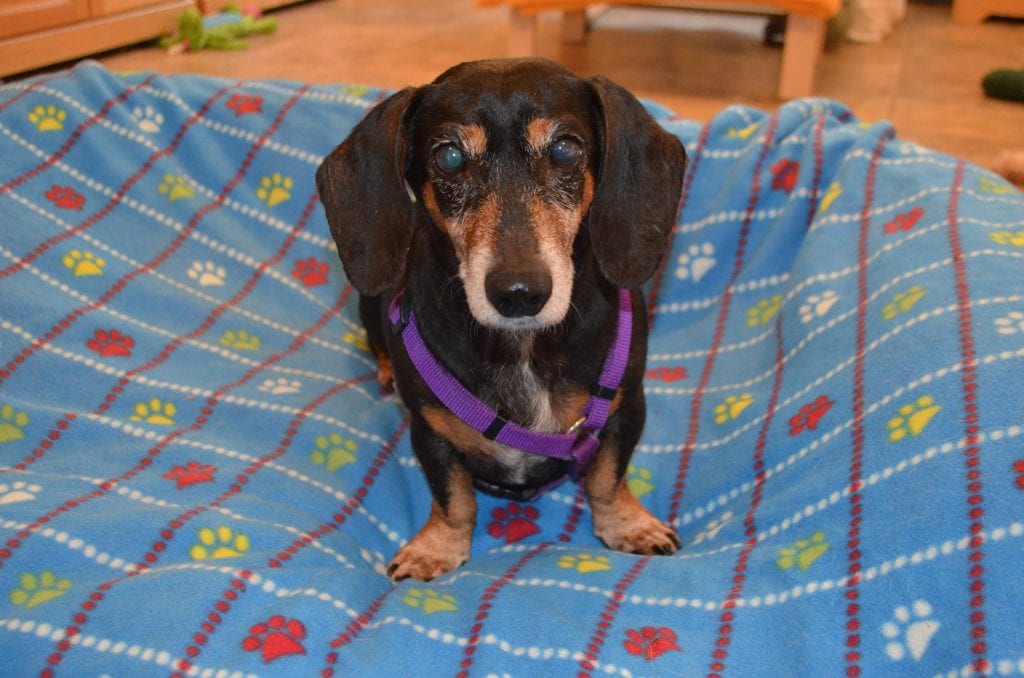 This handsome fellow came to us from a shelter in Houston, Texas. Two things happened that turned Wally’s life upside down. Just after losing his vision to progressive retinal atrophy, the couple who owned him had a baby. Wally struggled to accept these changes.

The couple said he began having accidents in the house, would occasionally growl or snap at the baby, and in general was not a happy camper. They decided to take Wally to their vet clinic for euthanasia. He was only nine years old.

The veterinarian did not want to euthanize Wally, and instead convinced the owners to surrender him to the clinic instead. They agreed, and the clinic found Wally a place in a no-kill shelter named Special Pals that took wonderful care of him.

We saw Special Pals was trying to find a home for him, and we offered to take him. The shelter staff were delighted, and soon Wally was on his way to New Hampshire.

Once here, Wally proved himself to be a perfect gentleman. Never any accidents in the house, no growling or snapping, just an easy-going, friendly Dachshund who gets along with everyone.

Of course, being a Dachshund means he likes to burrow. We note that the Wikipedia page on this breed says “the standard-size Dachshund was developed to scent, chase, and flush out badgers and other burrow-dwelling animals.”

We’re not sure how this ferocious trait evolved into the single-minded pursuit of burrowing under blankets instead, but that’s one feature shared by every Dachshund we’ve ever had. And Wally is no exception!

There are multiple variations on this theme.

One is the “nose out” version, seen here. 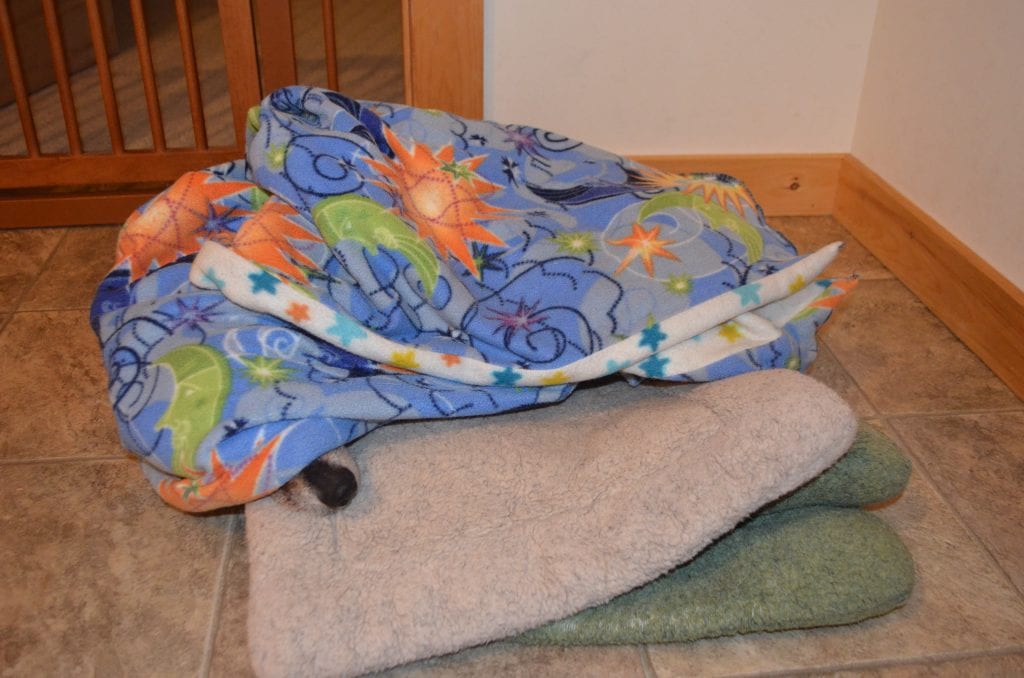 We think it’d be hard to see a badger this way.

So here’s a typical head-out view: 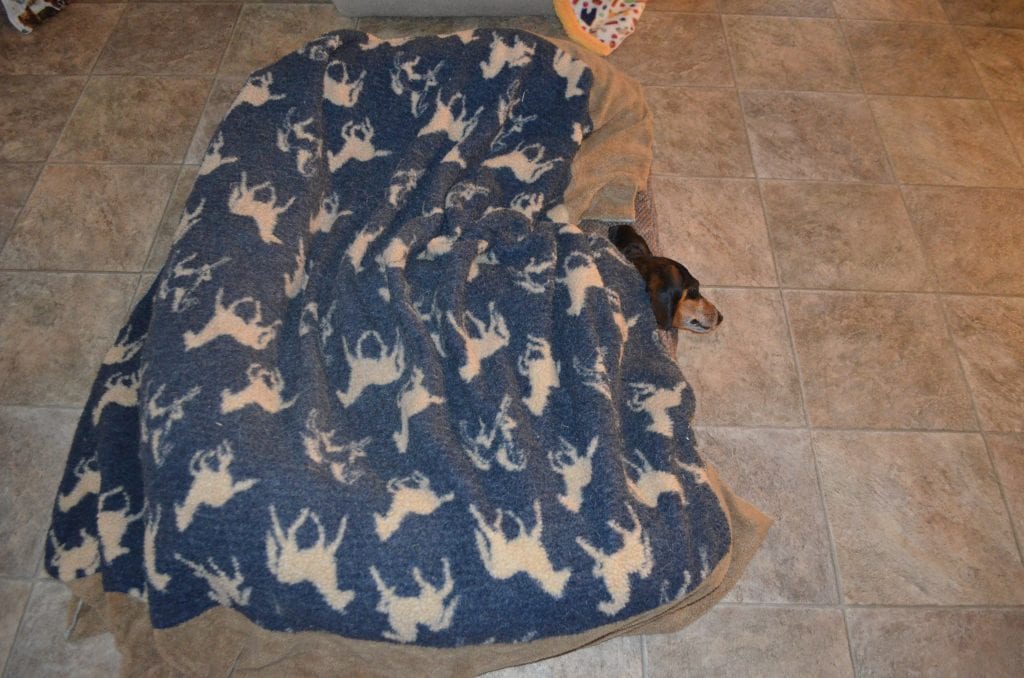 Then, in one that’s always mystified us a bit, there’s the “head-under” method, leaving the rest of the body uncovered: 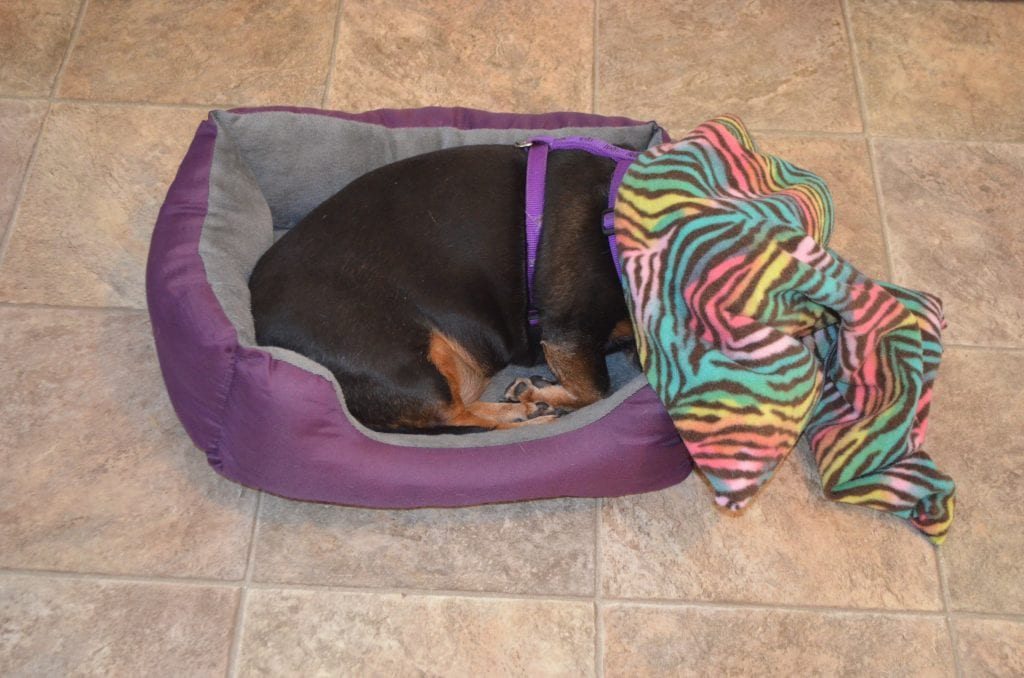 We acknowledge it’s questionable that this really counts as burrowing, but we’re giving it to him.

The last one in the portfolio is the “feet-out” variation, otherwise known as the “warm body/cold feet” method. Here’s Wally demonstrating it: 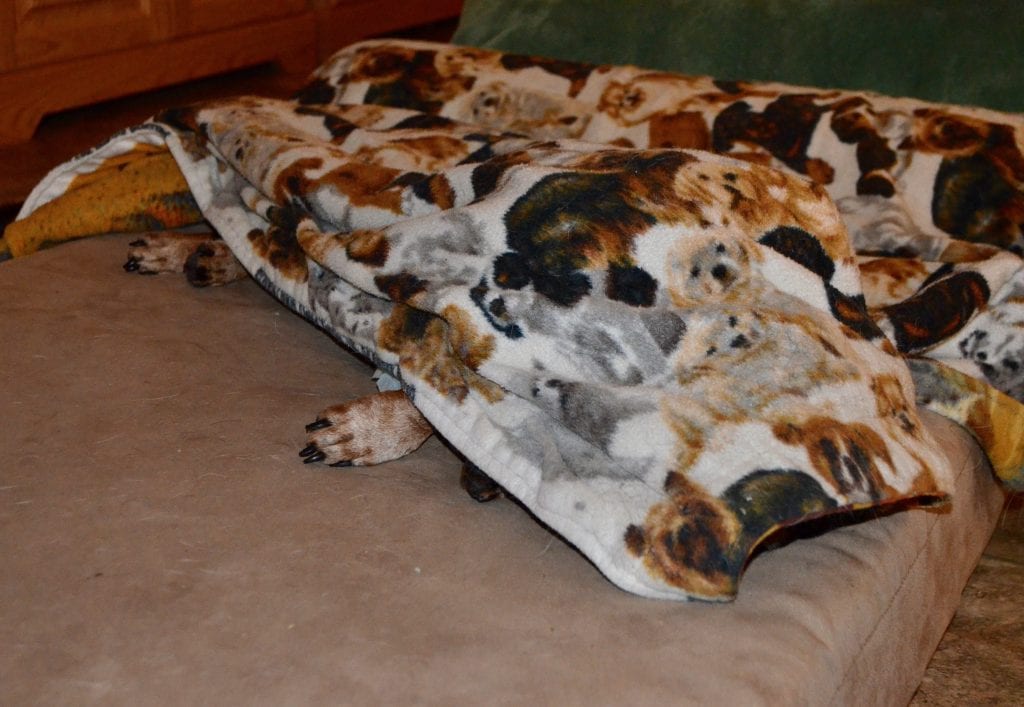 Fortunately for this burrowing boy, there are lots of blanket-covered dog beds in the house, providing plenty of opportunities to satisfy this particular need.

Finally, when he’s not burrowed under blankets, he can be found on top of a bed, happily chewing on a toy … in this case, Mr. Hot Dog. And yes, that’s as close as we’re going to get to a Dachshund weiner joke! 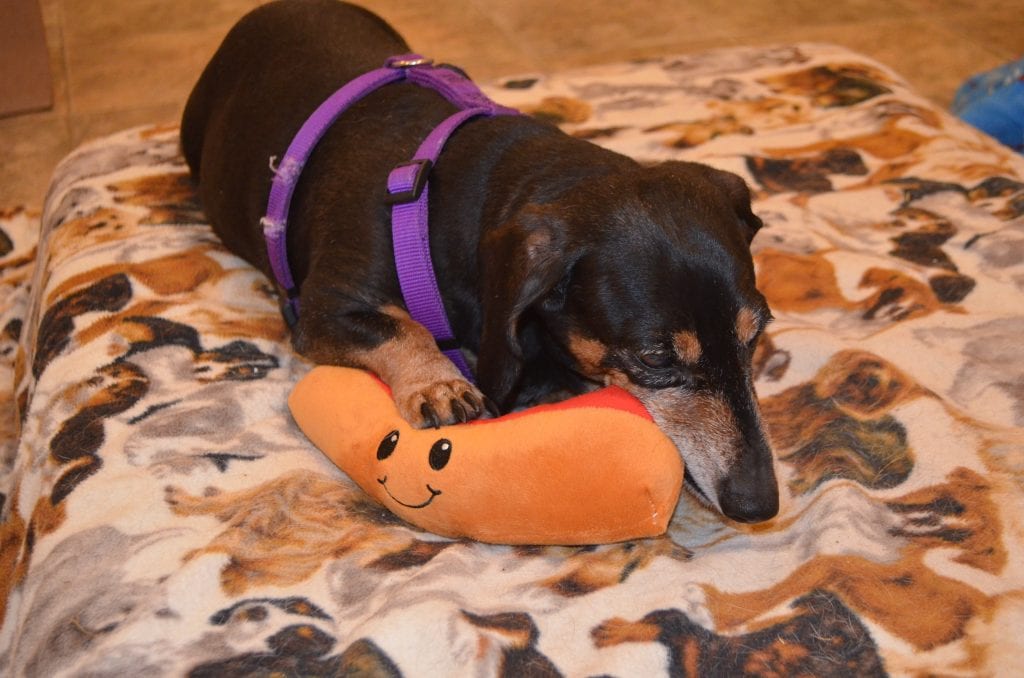