You are here: Home / Dogs / The Trail Home 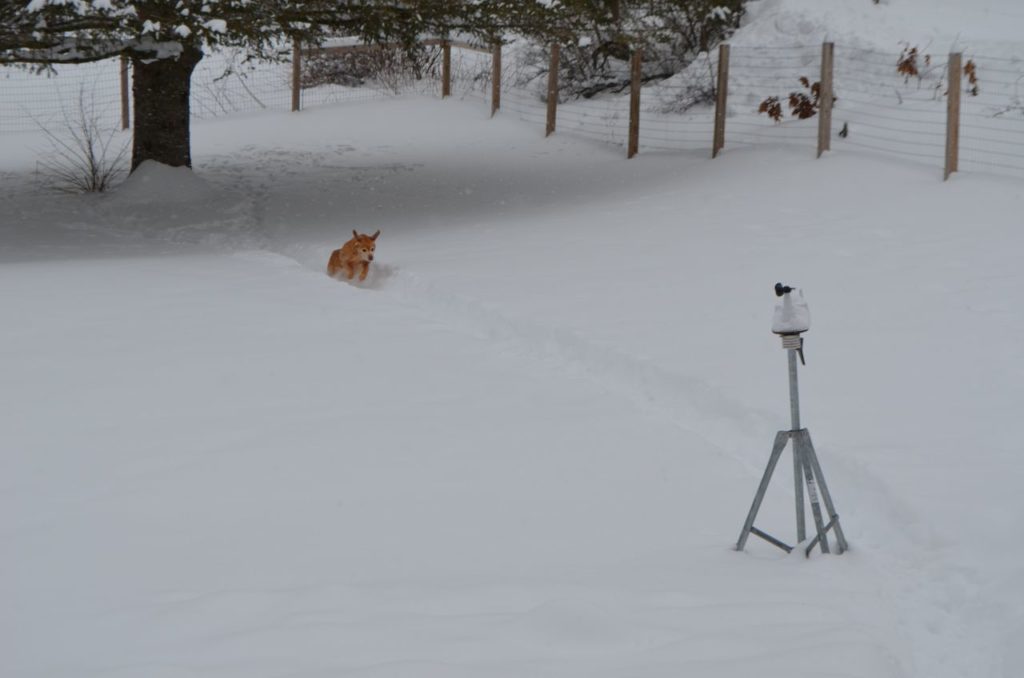 We’re not sure who initially made the trail — most likely Darla, who you see in the photo above, or Tanner — but there’s now a path through the snow all the way across the front yard to the spruce tree. For the adventuresome ones, this is the place to go when they want something other than the shoveled out areas near the ramps by the house. It’s just that no one wanted to be the first to blaze the trail, but someone finally did, and now some of the dogs head to the spruce to sniff around. As you can see, Darla is running full bore towards the house, ears flapping as she goes.

It’s no accident the trail goes right past the weather station in the yard. It’s like having a fire hydrant to pee on, so my hunch is that it was probably Tanner who forged his way to the weather station for a little leg-lifting exercise, and then either he or Darla realized they were halfway to the tree already, so off one of them went.

Deaf Esther takes the path in her slow, deliberate if slightly unsteady pace: 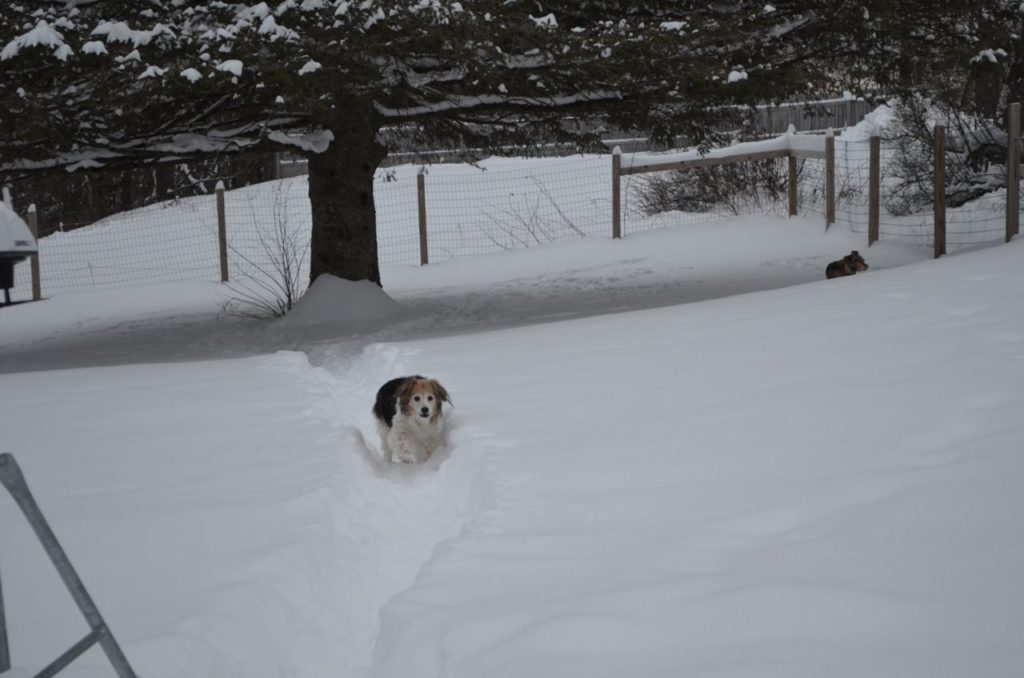 For a gimpy, one-eyed old lady, Esther sure likes to get around. That’s Bugsy in the background, and he soon followed Esther on in: 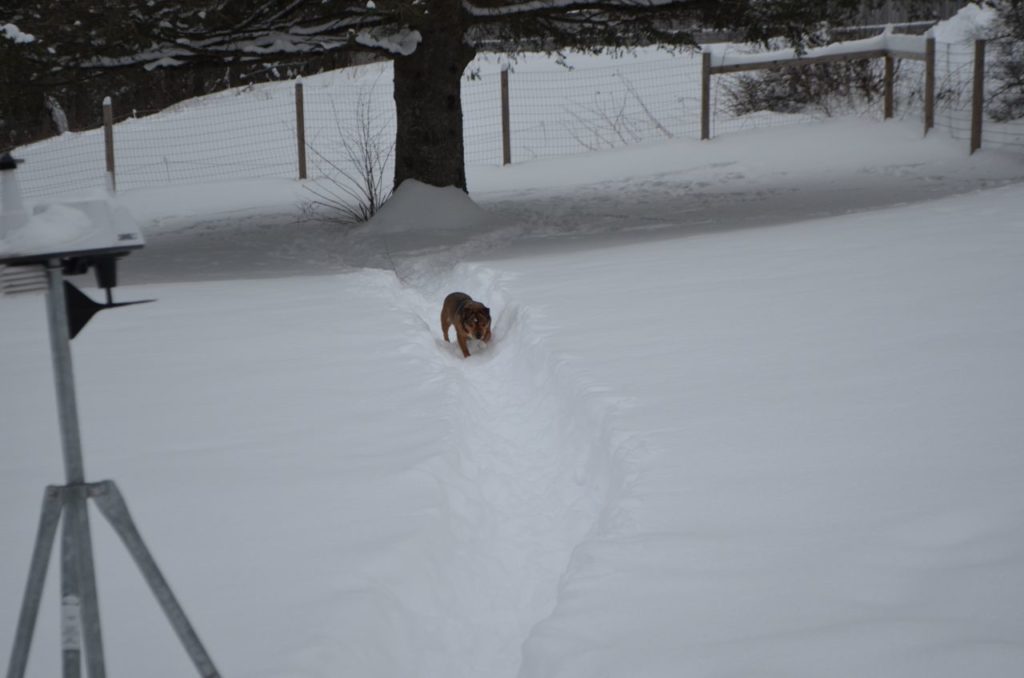 Now’that’s what we call intrepid. You can see the snow banks are taller than he is, and of course he’s totally blind, but Bugsy?loves to explore as much as anyone … so he follows the trail inch by inch out to the tree, sniffs around, finds the opening to the trail again, and heads on in. 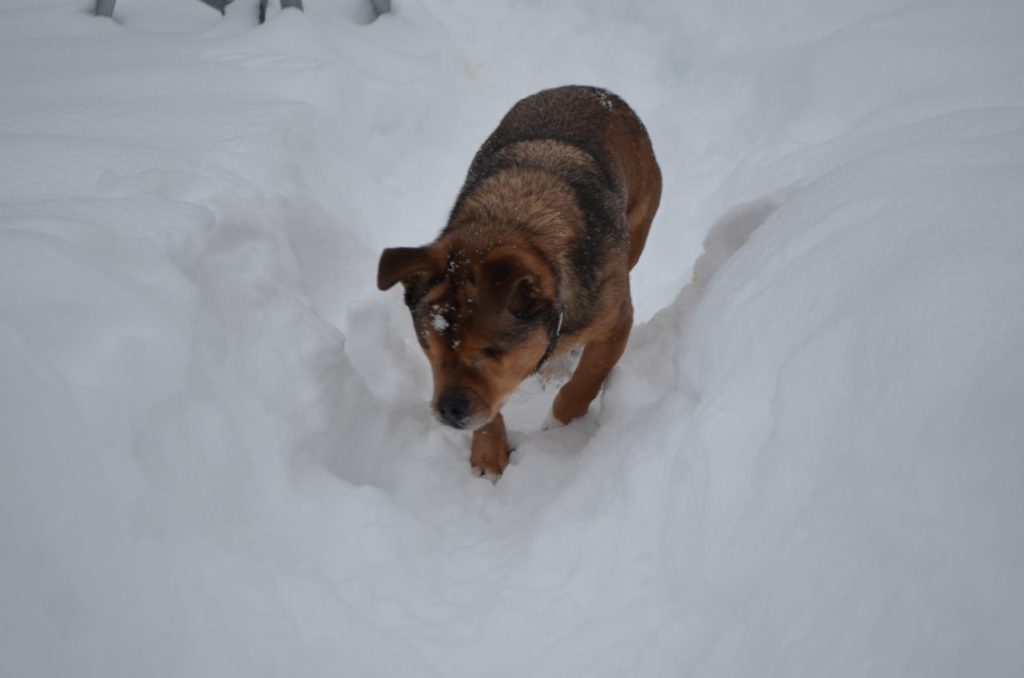