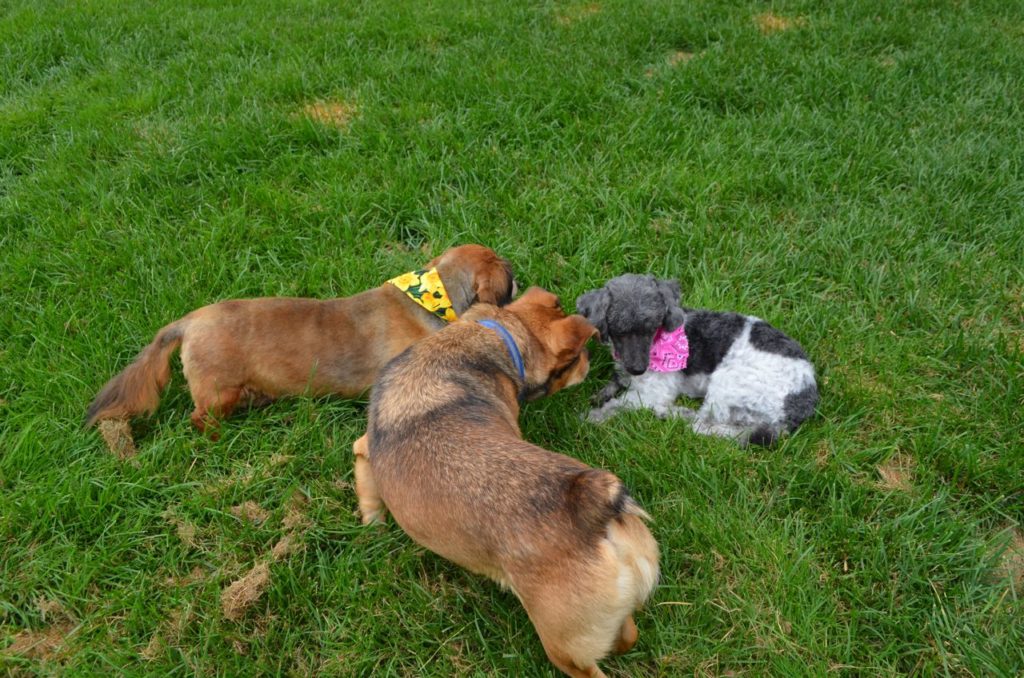 Our talented groomer, Lori Fillion from Littleton, was here last Thursday to give her usual clients their summer looks, and she also went to work on our latest arrival, blind Mabel the Poodle mix. Alayne took these photos after Lori finished with the crew. In the photo above, that’s blind Sophie the Dachshund (freshly groomed herself) and blind Bugsy checking out Mabel.

We’ve had a dickens of a time getting Mabel to hold her head up for photos, so here’s Lori holding her for Alayne: 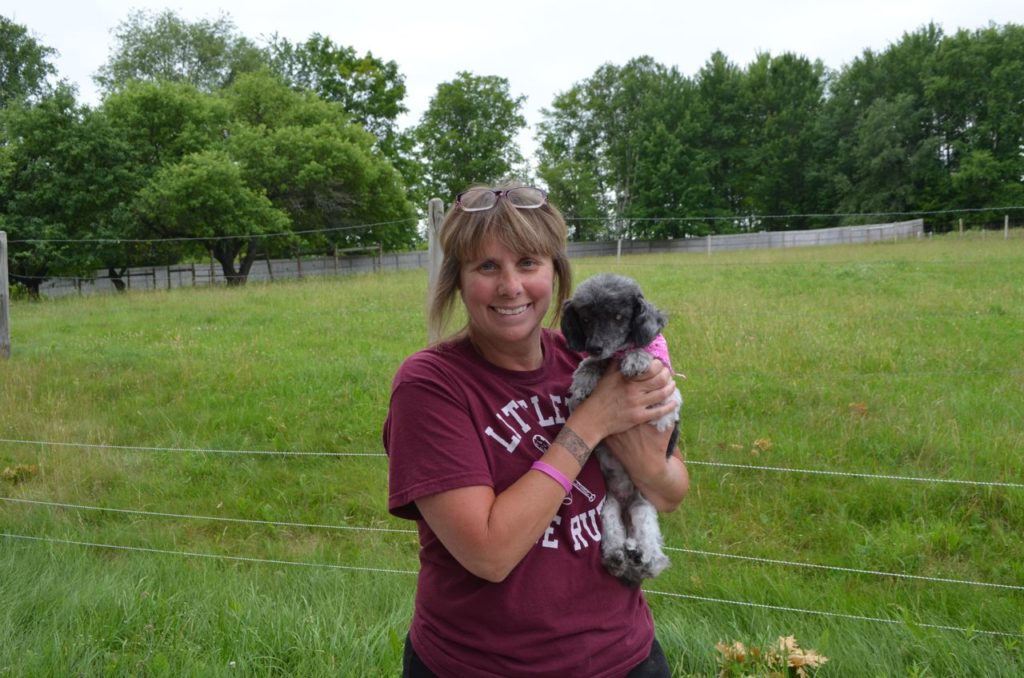 Out in the yard, Alayne managed to get this close up of Mabel: 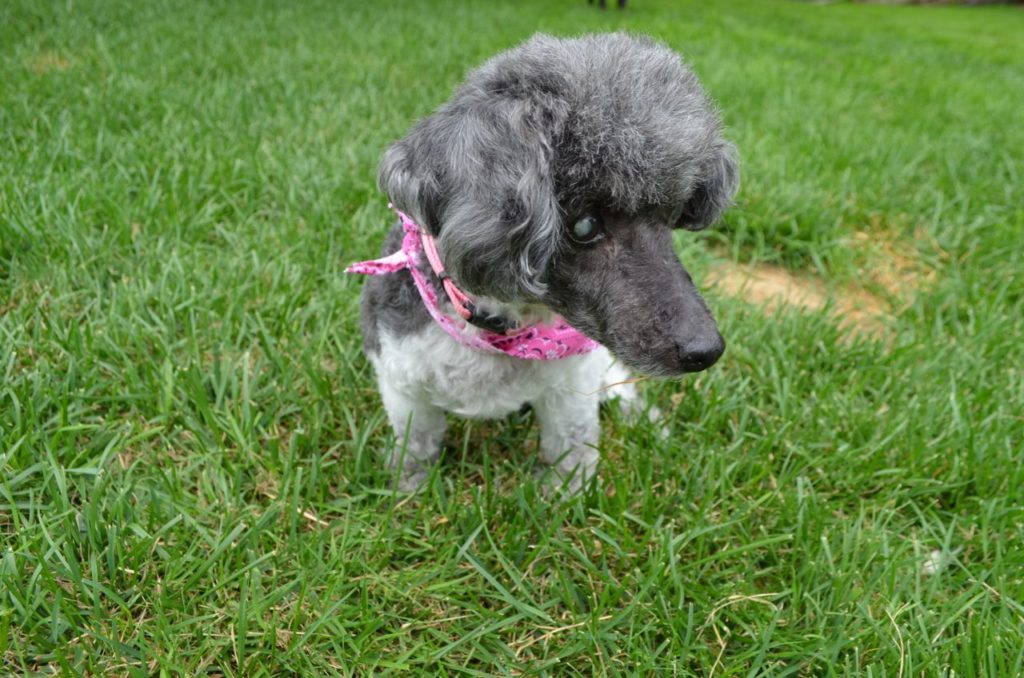 Here’s blind Fuzzy, who is quite sleek and not very fuzzy after his summer ‘do’: 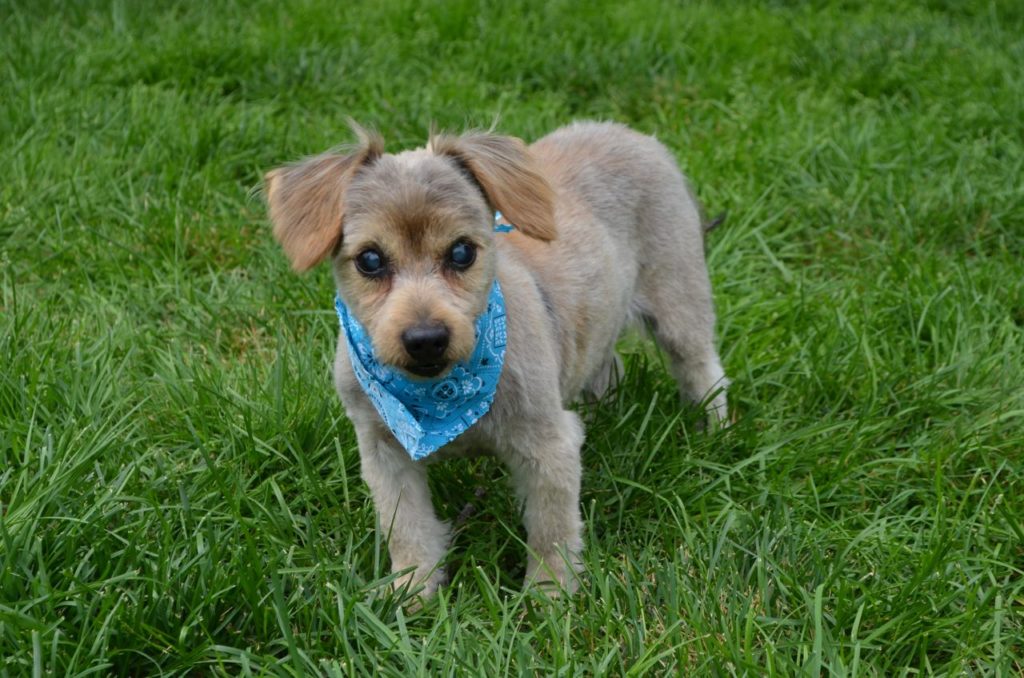 He?was one frisky little guy after getting all the hair off, running around the yard and jumping and playing. Fuzzy always looks half his size with the summer haircut.

Finally, after photos were taken and Lori had left, most of the gang thought it was time to go inside: 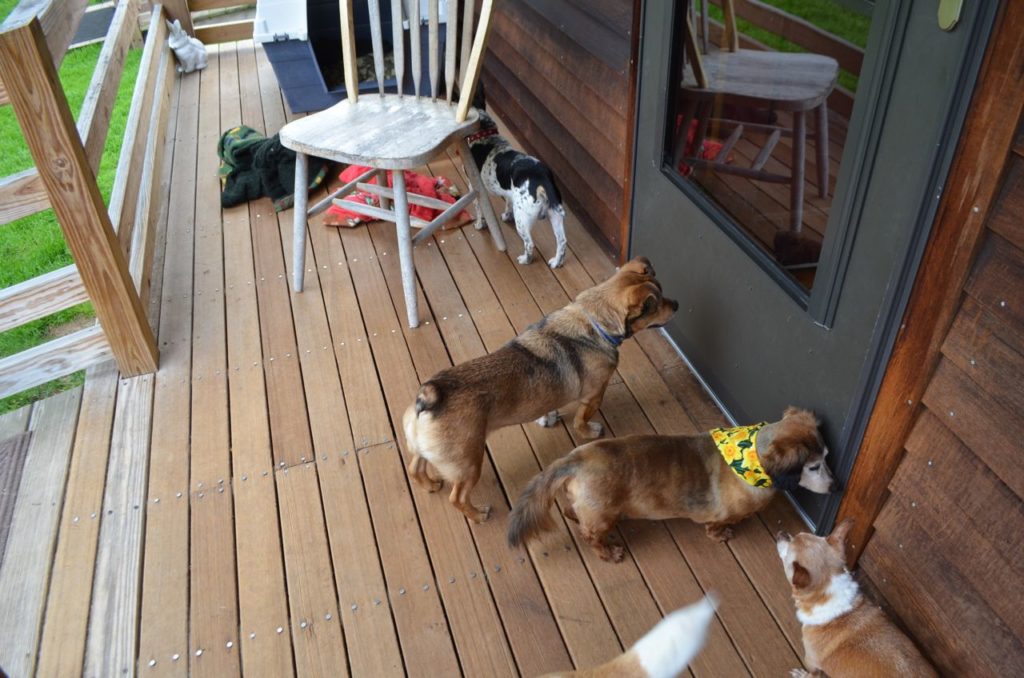 Oh, except for a certain someone, who thought it was time to get himself in a photo: 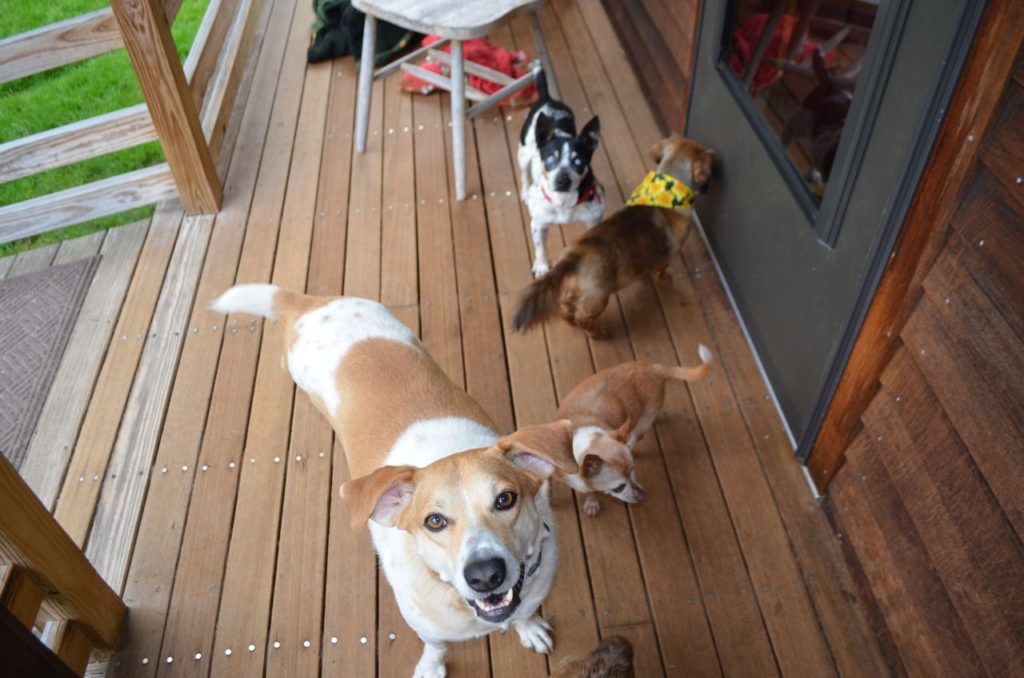