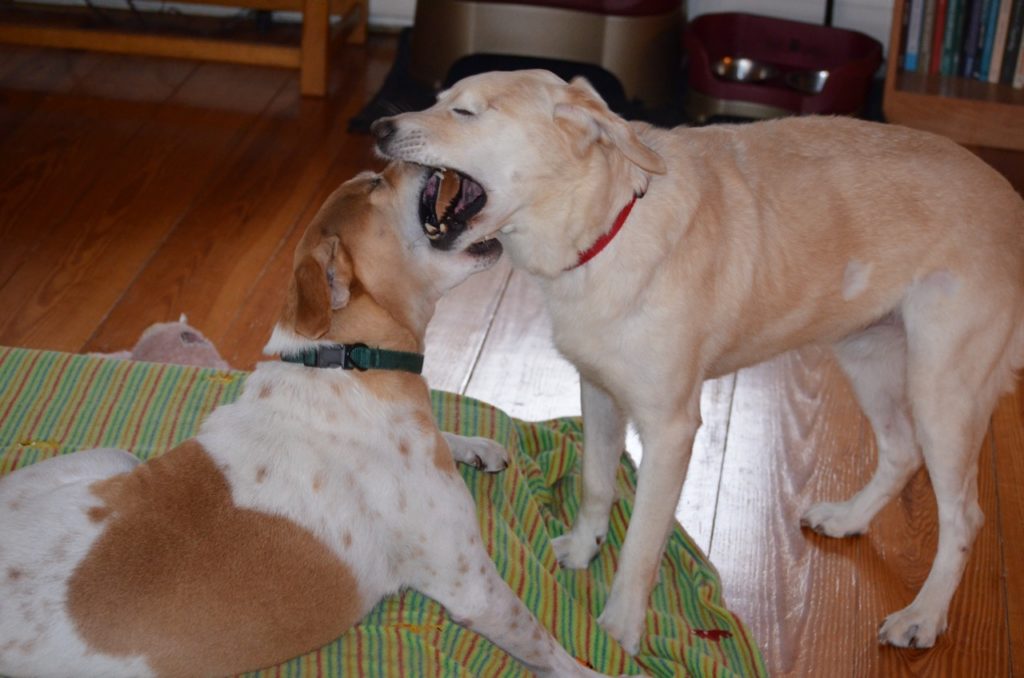 About a week or so ago Millie and Tanner started roughhousing together, and now it’s almost a daily affair. I took that photo above a few minutes ago before coming upstairs to my office to write this post on Sunday afternoon. This was nice to see?for a number of reasons.

One, it’s just such a delight to watch’two disabled dogs having so much fun with each other — one missing a limb, the other blind, and yet it’s really just two dogs doing what dogs do.

Two, Tanner is usually too uncomfortable roughhousing with large dogs because of his missing leg; he will play tug-of-war with our other blind Lab, Stella, but won’t wrestle with her or others of good size. He prefers wrestling with the munchkins like blind Taco. But Millie is so gentle, and instinctively seems to know when it’s too much for him, that they have really hit it off and found the right balance. Tanner also prefers staying on the bed while he wrestles because he doesn’t have the stability to go up against her on the floor. So she can dance around on the floor and come at him, but he stands his ground on the bed.

Three, it’s wonderful for?Millie to focus on something in addition to?me. She’s a?real “velcro” dog, attached to me all the time, so it was nice to see her enjoy playing with Tanner and not be’thinking about where I was. Having said that, though, I just realized this roughhousing only seems to occur when I’m downstairs with them. When I came upstairs right now to post this, she broke off and followed me to my office. Although I think she was also pretty worn out by then! 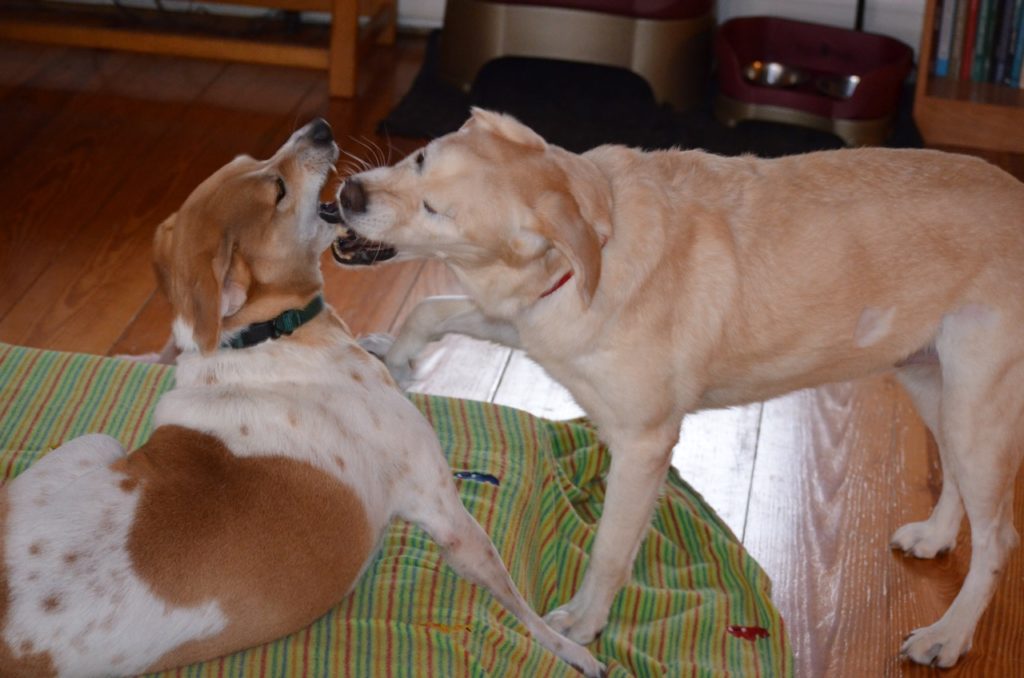 (The shaved patch on her side is where we found a small growth Sunday morning; we clipped it so we could easily find it again at the vet clinic for testing.)

In this one it looks like he’s got her front shoulder while she’s getting ready for a neck grab: 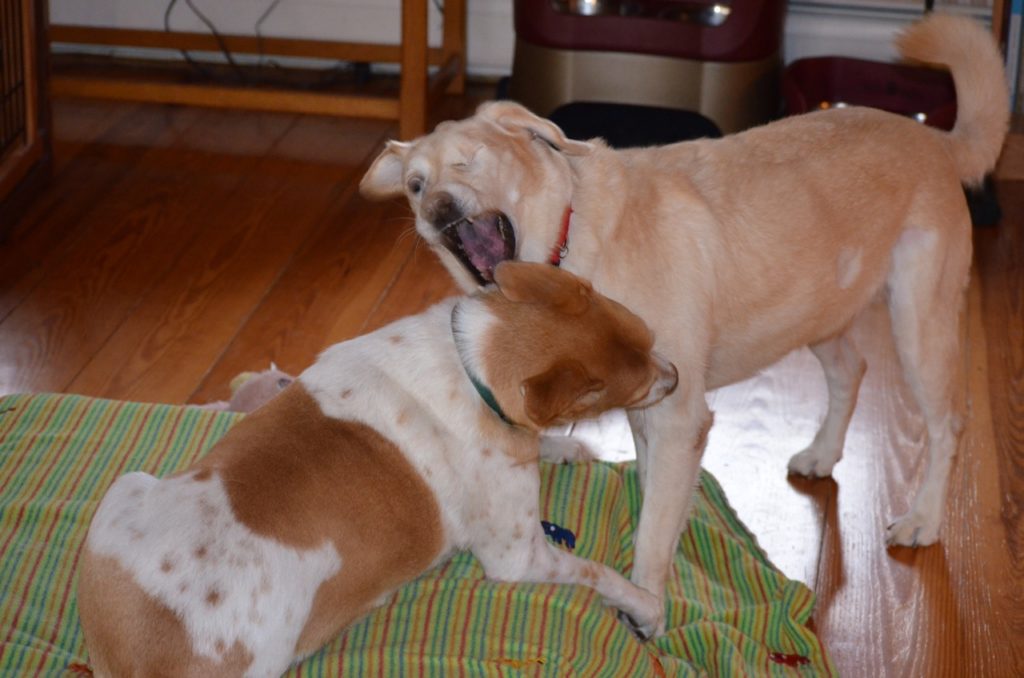 I took this next set of photos the other evening: 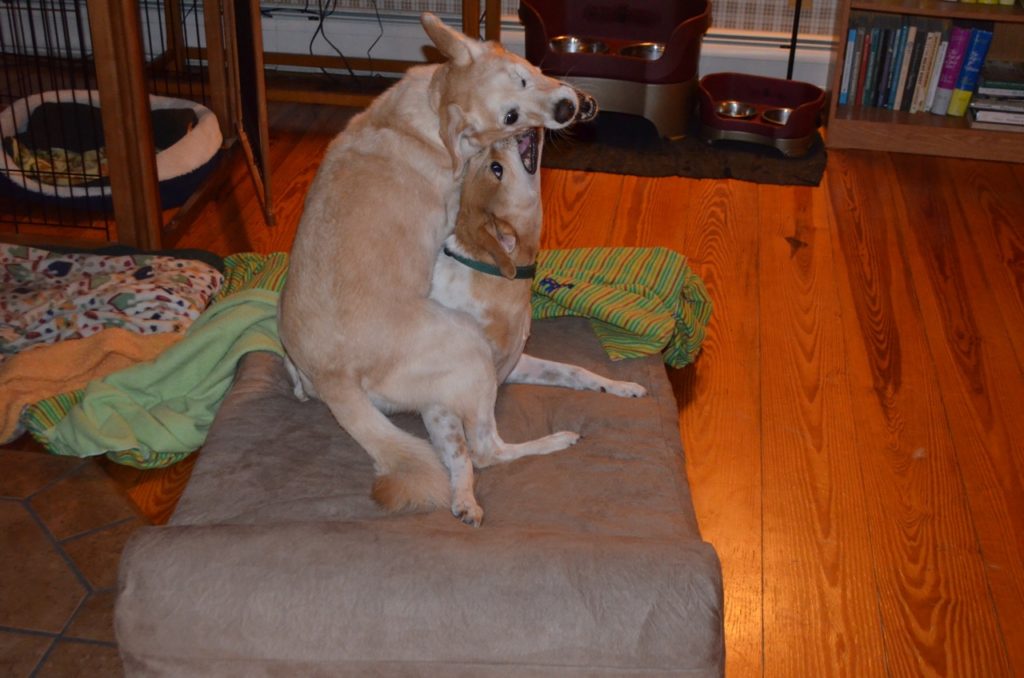 I like how it looks as if?Millie is?actually offering Tanner?her leg to chew on here: 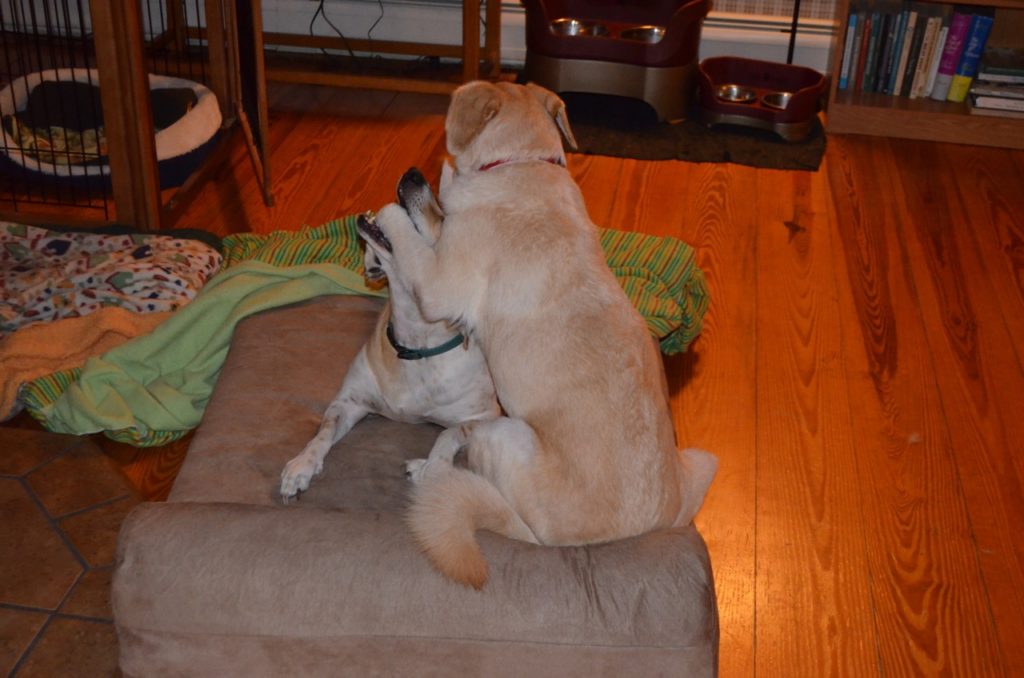 Notice how Darla casually walks over to the water bowl, ignoring the mayhem behind her (“kids these days!”): 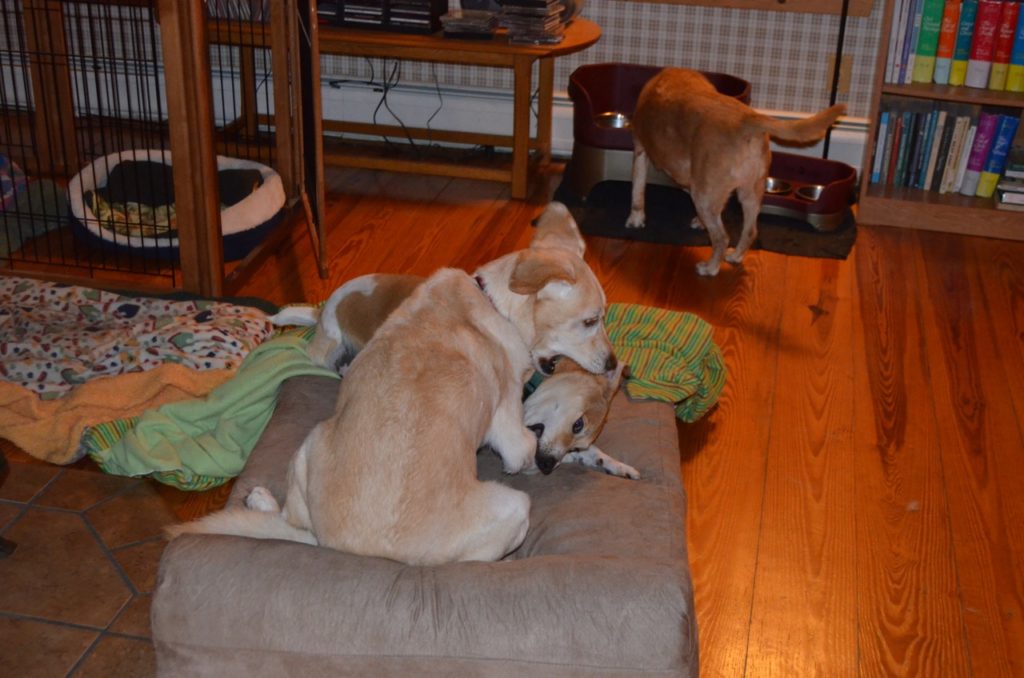 And just three frames after that last photo, they looked like this: 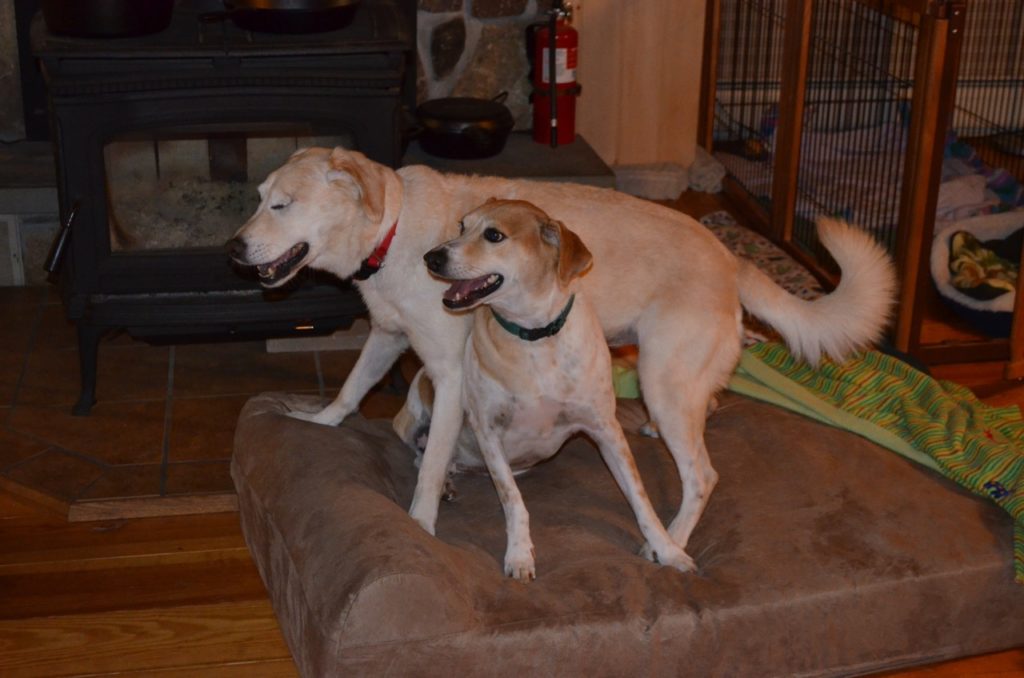 Happy but exhausted … and they both promptly went to sleep!

I had some emails and blog comments last week expressing concern that we didn’t have our usual Monday blog post the previous week, and that some people were worried it meant we might have some bad news. That wasn’t the case, of course. But I do want to mention that because of our recent losses, we are down to just 15 dogs right now, so I don’t have as much “content” to work with for blog posts these days. And I don’t want to just post any random photo on the blog. If I’m going to do a blog post, I like there to be something going on, something to say, or something funny to show. So given our numbers these days, I may not always be able to do a blog post every week — only when I have the right kind of material that makes it worthwhile. So all I’m saying is, please don’t worry if you don’t see a post!