You are here: Home / Dogs / That About Sums It Up 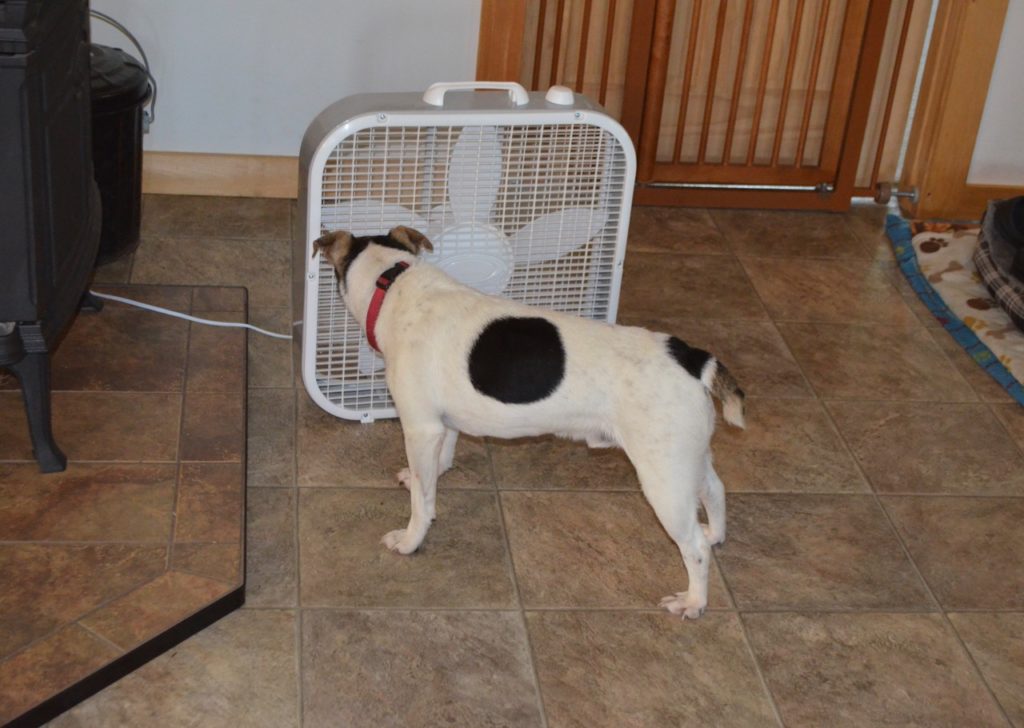 I took these photos yesterday afternoon of blind Hank trying to get as close as he could to the fan. It was, in fact, running at full speed — but the camera shutter speed is so fast that it “freezes” the fan blades in motion.

Not only was that fan running, we had three others going in the house at the same moment. Like many people across the USA (and Europe!) this week, we’re dealing with ridiculously hot temperatures.

Northern New Hampshire is not a region where you typically have or need air conditioning, and we don’t — so fans are what we rely on. Just two weeks ago on two different occasions, we had frost warnings and had to throw row covers over many of the garden beds. That seems like a distant memory today, where we’re headed for 92? (33?C). We hit 90? yesterday.

Once Hank was satisfied that one side of his body was cooled down, he turned around to get the other side: 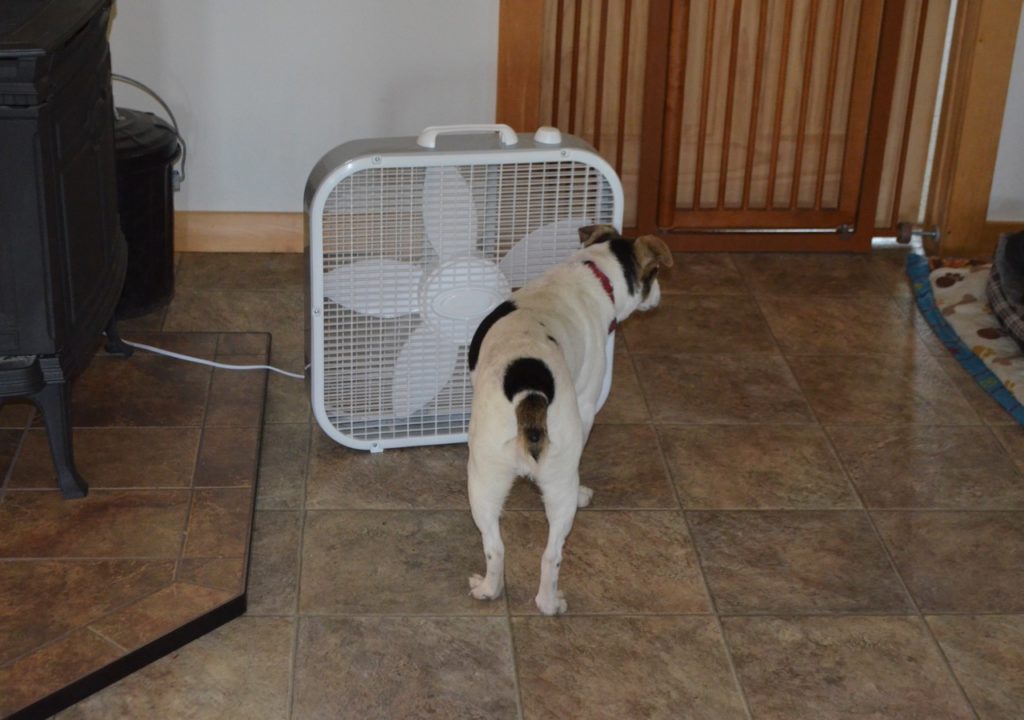 It’s going to be a long, hot week!