You are here: Home / Dogs / Tanner vs. Steamroller 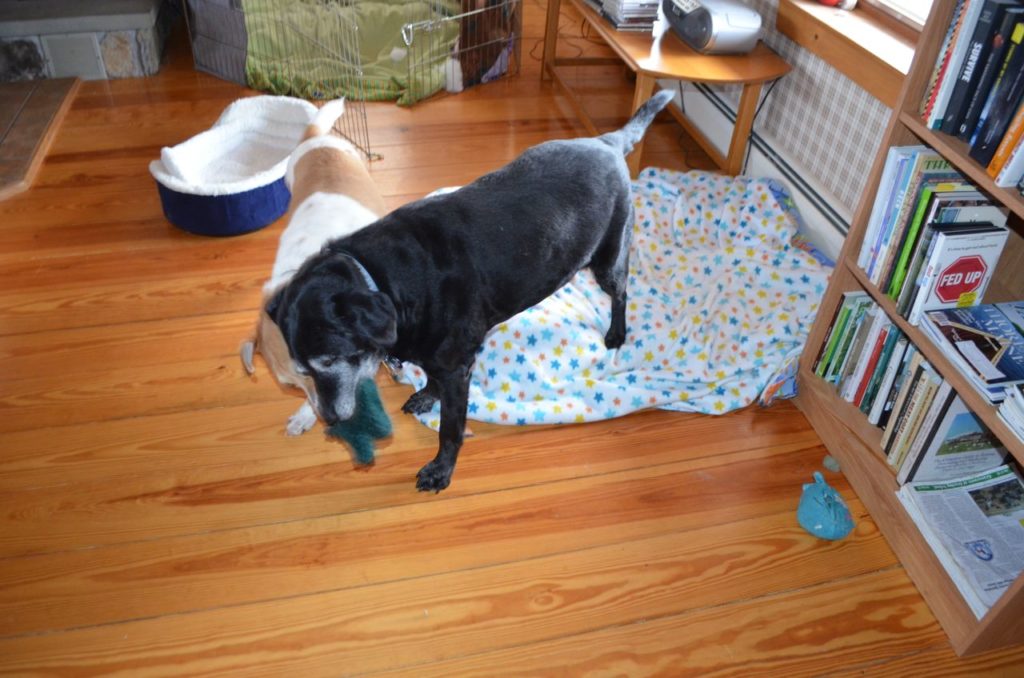 We’ve enjoyed watching’several?rounds of Tanner playing tug-of-war with blind Stella before, but this was the first time I was able to get any photos. These sessions seem to erupt spontaneously and end quickly, but on a recent afternoon right after lunch, I happened to have the camera nearby and captured it. The shot above is from when it had just started, and Tanner’s trying to get the toy away from her.

You can see how much bigger she is than Tanner, who is a good-sized dog in his own right. She’s really filled out and even though she is now?on a diet (and her thyroid is fine), she weighs about 75 pounds, so there’s a lot of heft to this girl. And don’t let her age fool you … she’s got a lot of spunk and strength, which is why?we call her “Steamroller Stella.” She loves to roughhouse with me first thing in the morning, and she’ll seek me out for a few rounds to get her day started off on the right note. If I’m not careful, she can literally knock me off my feet.

But it was Tanner’s turn this time to take her on. It’s a remarkably balanced pair, despite her size advantage. She may be blind, which gives?Tanner?an advantage in grabbing the toy first if they drop it and then keeping it away from her, but he’s only got one rear leg, so pulling strength is not his forte. Stella is so strong she could probably lift him off the ground if she wanted to, but she has a very “soft” Lab mouth, so she doesn’t actually grip the toys as hard as she could … and thus the young whipper-snapper often snatches the toy away from her. 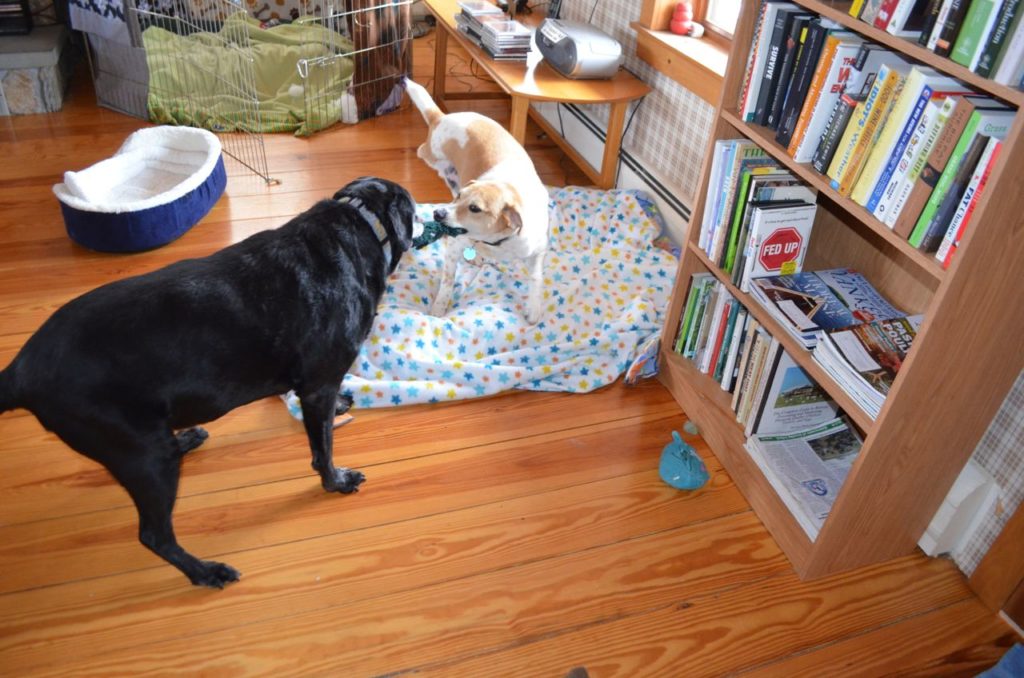 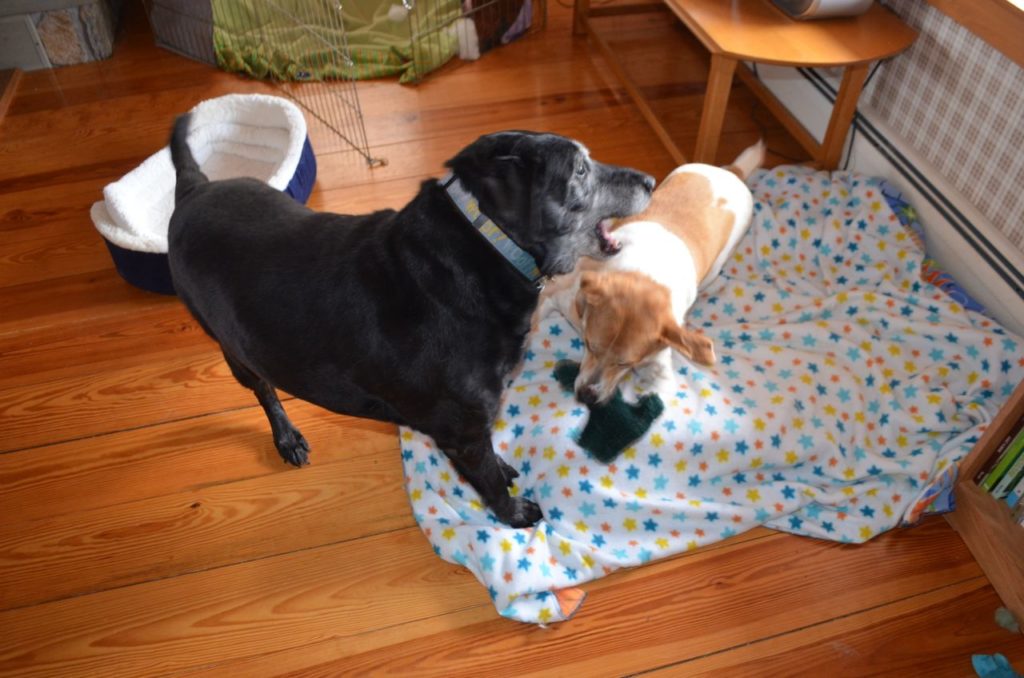 Meanwhile, Tanner’s sidekick Taco has turned into a Dachshund-like burrower. Here he is, popping up to see what’s going on: