You are here: Home / Tanner the three-legged boy 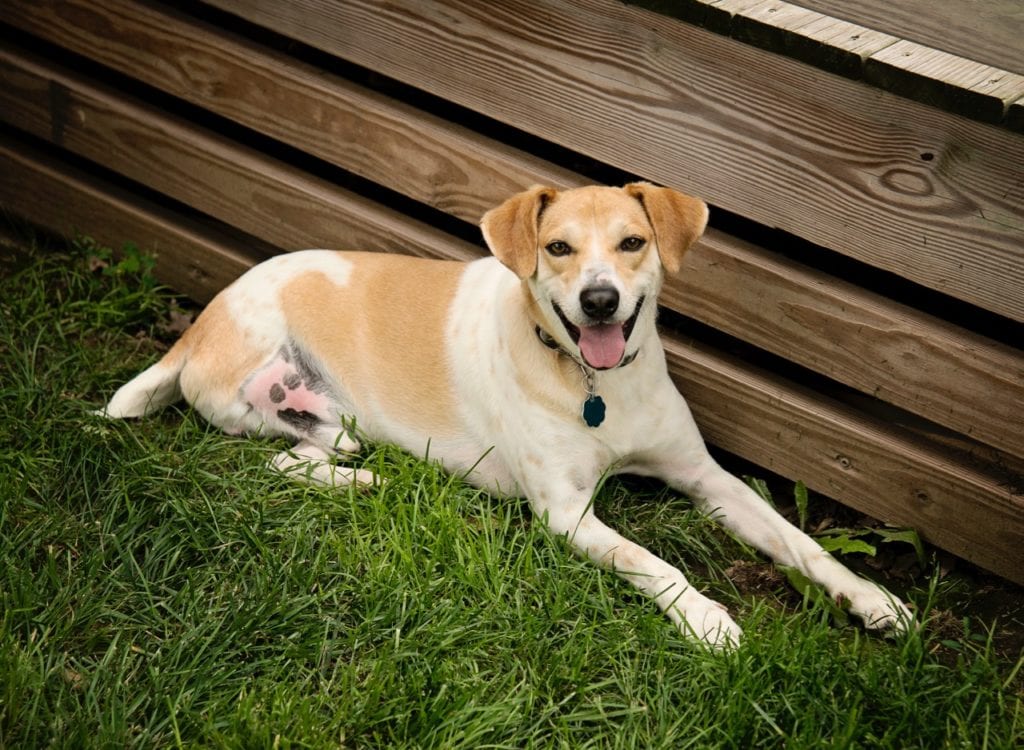 Tanner came to us from an Arkansas animal control shelter that was overflowing more than 40 dogs crowded into just 14 kennels. A staff member was desperate to save as many as she could. We are way over capacity,? she told us in an email, and the city will start demanding a purge.

High up on the purge list was an emaciated dog with a raw, red stump of a rear leg. He?d been named Tripod? when he had arrived at the shelter. After a month there and no adoption interest, his fate was grim. The staff member described him as very sweet and smart,? but added, he really needs out. We agreed to take him, and soon our pet transport company delivered him safely to the farm. 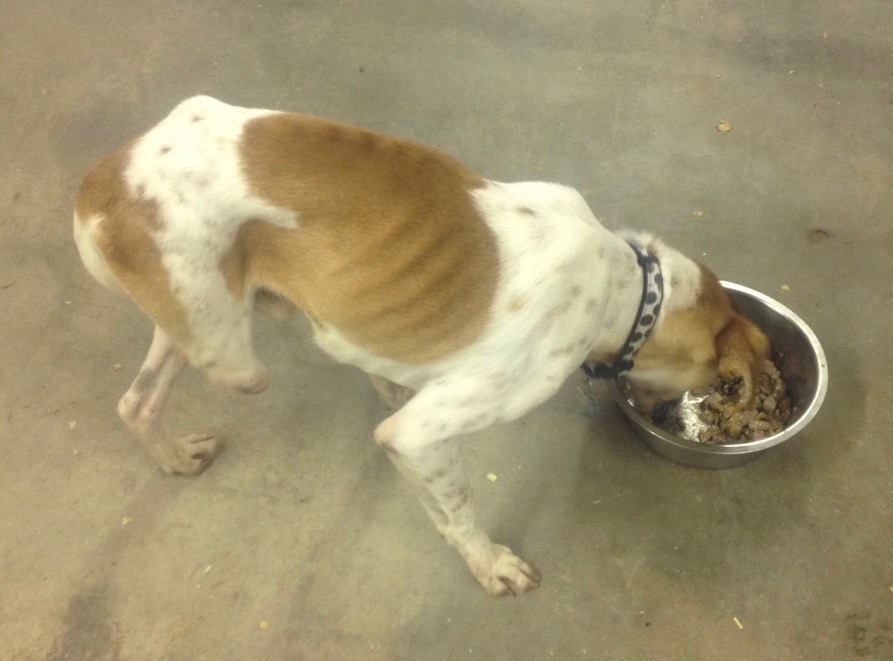 He weighed only 27 pounds. We knew the shelter had been feeding him, so we could only imagine how starved he was when he first turned up there.

His leg had been cut off below the knee, and it clearly wasn’t done surgically. We suspected he had been roaming in the woods and been caught in a trap. The leg had healed on its own, but the tip was bloody with an open sore.

The next day, watching him in the yard, we realized why: His leg was still long enough, and heavy enough, that he tried to use it, and he?d drag the stump on the ground. When he turned to the right, he?d pivot on it. Thus the tip was always bleeding and subject to infection. The weight of the stump also caused him to slope down in his hindquarters, as you can see in this next photo: 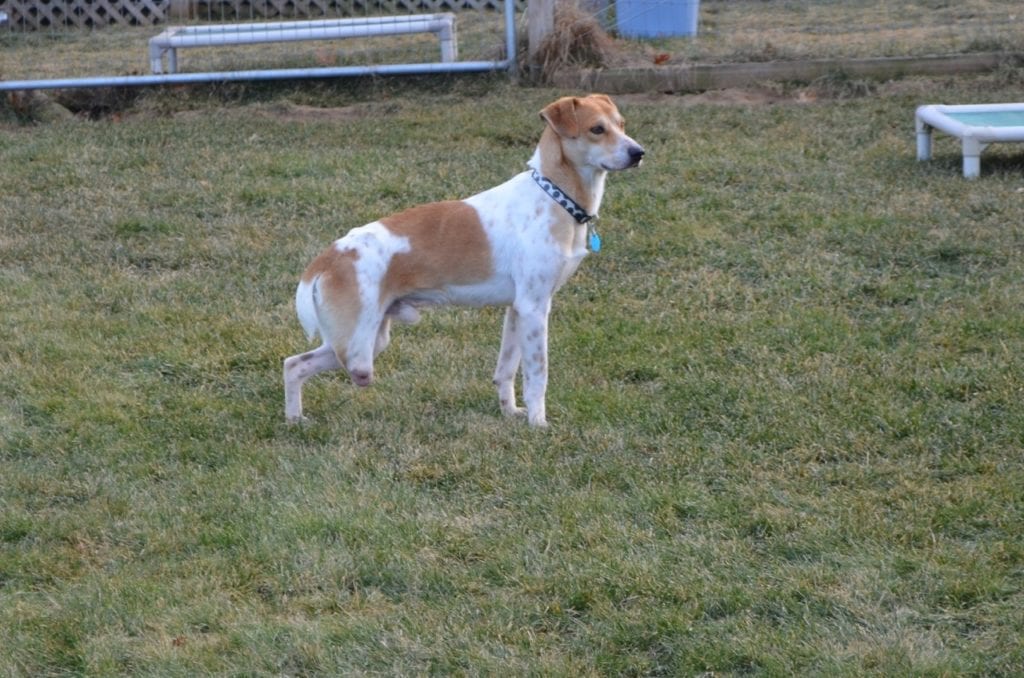 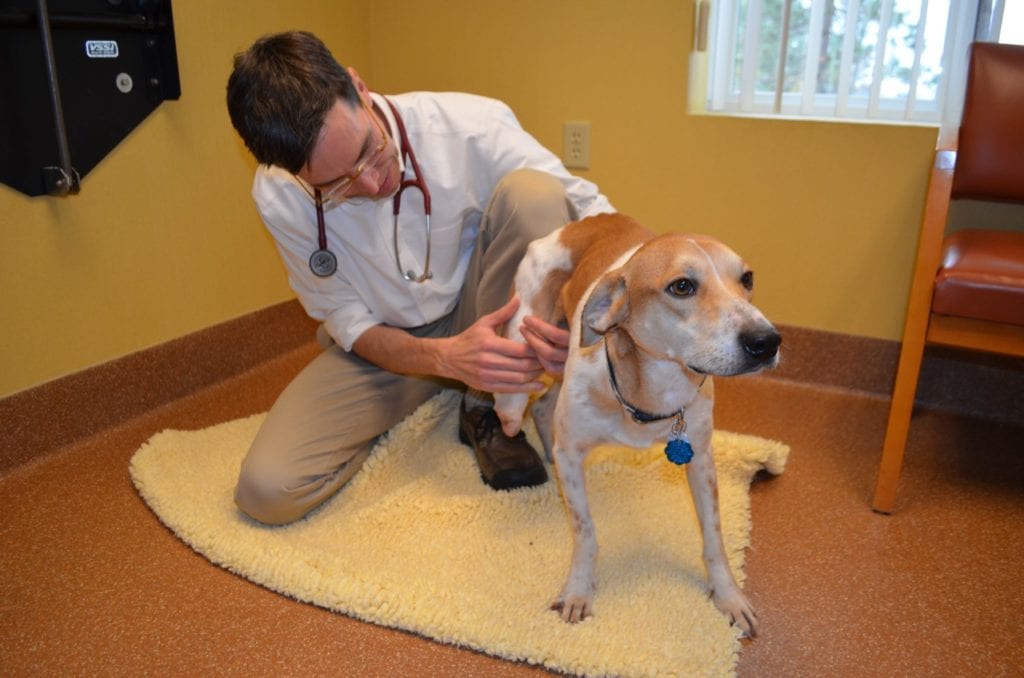 But he couldn’t do surgery until we brought Tanner up to a healthy weight. About a month and an additional 10 pounds later, Dr. Schulz removed the stump.

The difference was dramatic. Tanner could now stand fully upright, with his back straight and level. He took to racing around the front yard, happily enjoying his new mobility. His frame continued to fill out, and the once gaunt body became a distant memory.

As far as we could tell, Tanner had never lived inside, so we set to work on house-training and other indoor living skills,? as we call them. He quickly figured out what was expected of him. 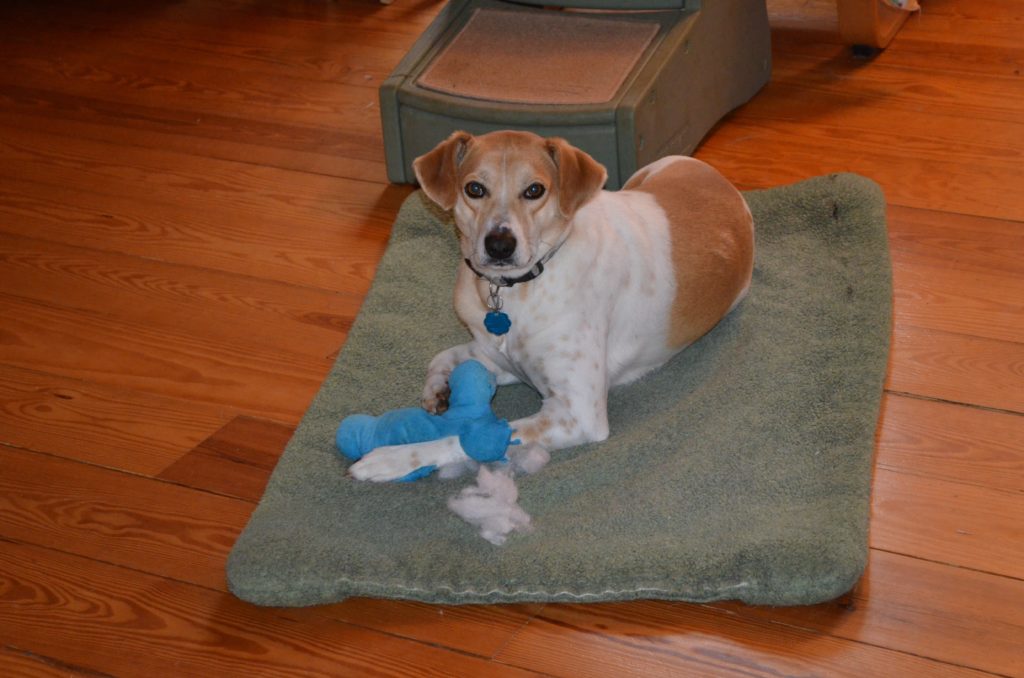 Tanner also showed us that he was indeed as sweet and affectionate as a dog could be, and he was super-friendly with the other dogs, too.

Tanner quickly became the self-appointed official welcoming committee, greeting new arrivals with a wagging tail and a cordial lick to put them at ease. Everybody is his friend, and any time is play time. If he’s not playing or roughhousing with someone, he’s happily chewing on a soft toy, leaving a pile of white fluff in his wake.

Because of his interpersonal skills, we soon promoted him to the permanent position of camp social director. That’s right we decided to keep this handsome, lovable boy! 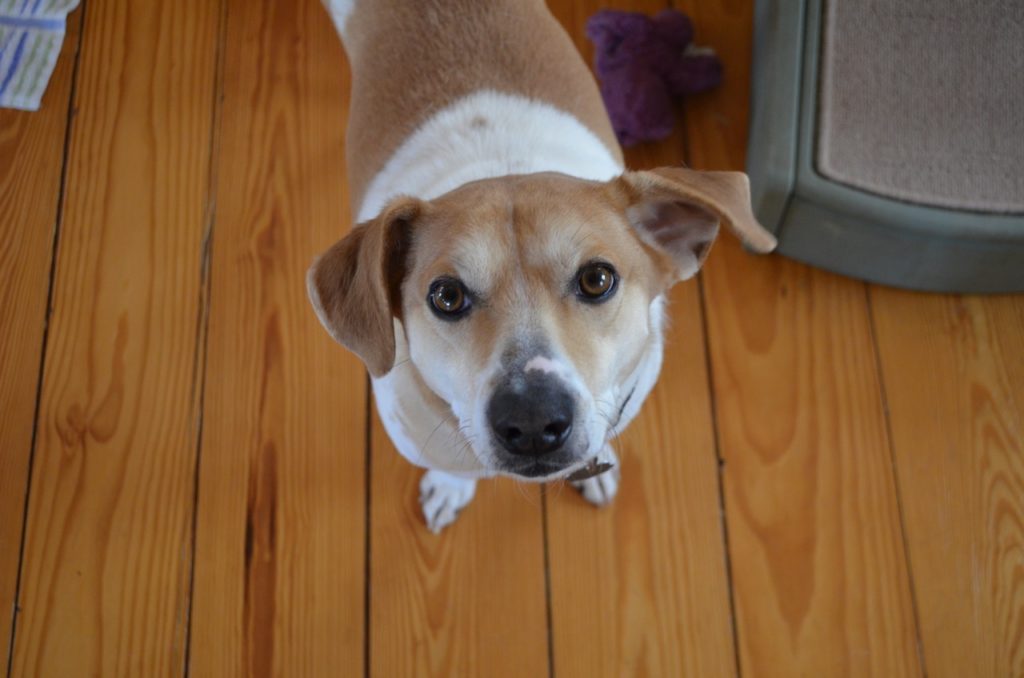