You are here: Home / Dogs / Squashed 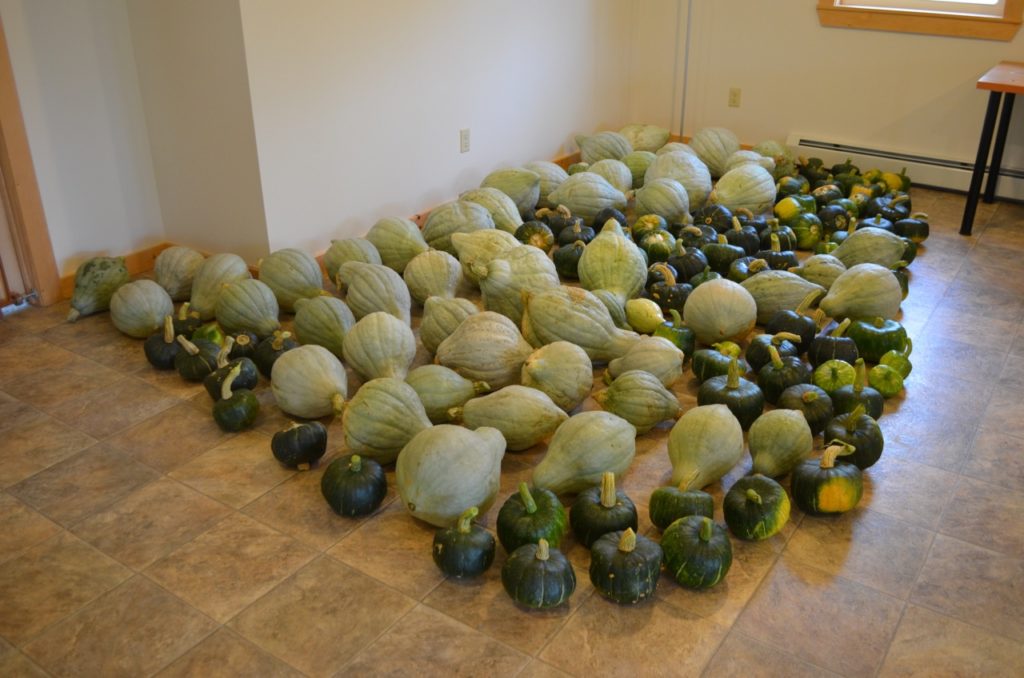 Before I get into the winter squash, a quick update on the girls: At last week’s exam, our veterinary ophthalmologist liked the way Millie’s eye was?responding to the surgery, though she?cautioned it could still be a couple of weeks before we could determine if the inflammation inside her eye had completely?resolved. But over the weekend?Millie seemed to suddenly start navigating around much more crisply, and this morning I watched her walk out of my office, down the stairs, and into our bedroom (through a doggie gate) as if she could see everything just fine. She still has a cone on her head — it comes off tomorrow! — which also affects her ability to negotiate objects. It’s particularly difficult for her to get around with a cone because with only one eye, she doesn’t have the depth perception to judge distances easily and accurately. So once we remove the cone, I think we’ll have a?much?better idea of her visual ability.

And on Friday, our internal medicine specialist called to say Darla’s urinalysis results indicated her kidneys were working better than expected, so we don’t need to start her on medications yet. That was good news, too!

Okay, now for a bit about the garden. On Saturday Alayne and I finished harvesting the winter squash, and as you can see, we ended up with a ridiculous amount! There’s a total of 141 squashes, divided between the big Blue Hubbards and the smaller Burgess Buttercups. In prior years we experimented with many different varieties of squash, but found these two were the hardiest, most consistent yielders of the long-storage types, so this year that’s all we grew.

The Blue Hubbards were a mainstay in the colonial era, because they grew to enormous size — a single squash could feed a large family for dinner — and kept all winter long if stored properly. Indeed, we have a large Hubbard from last year’s crop that is still good — 12 months later! Now, at this extended age they don’t have much flavor left and are kind of bland, but if you were short of food in the 1700s and 1800’s, Blue Hubbards could tide you over to the next harvest.

Interestingly, it wasn’t only winter squash that lasted us a year. We were still enjoying our onions, potatoes and carrots from the previous year’s harvest when the new crop came in this summer, so we literally went harvest to harvest on those crops, too. The key is selecting varieties that are good for long-term storage and then storing them well.

You may well wonder what two people are going to do with so much squash. Good question! One reason we grew this size crop is because we also use squash to feed our laying flock over the winter. The hens love it, and it’s a warm, satisfying food on a cold winter’s day. During last winter we provided half of the flock’s entire feed ration from our own gardens — squash, potatoes, greens, carrots, and our own leftovers and kitchen waste (vegetable peelings, etc.). This winter we should do even better than that. And yes, depending on their diet and preferences, some of the dogs get to enjoy winter squash, too!

Early on this summer we knew we were going to have a bumper crop of winter squash, and some of those biggest Hubbards you see in that photo above I harvested a few weeks ago because they were getting absurdly large. We even had winter squash growing in trees: 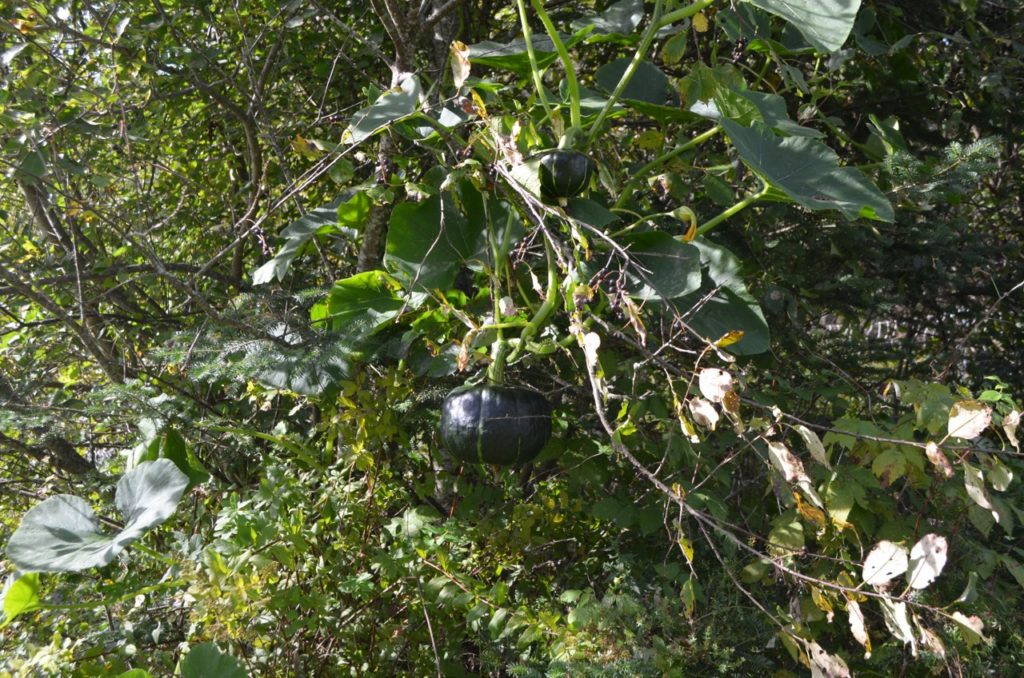 Back in early July I saw that one vine heading out into the nearby brush and was going to re-direct it, but decided to let it go and see what happens. Multiple airborne Burgess Buttercups are what happened: 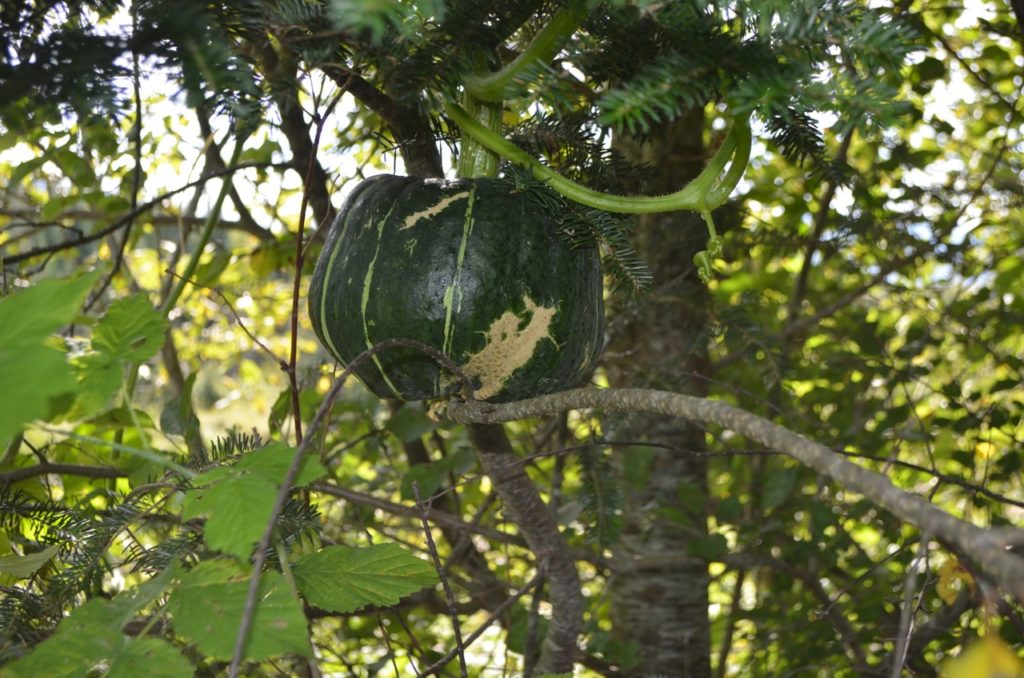 After letting the squash “cure” a bit upstairs, we will move them down to the basement for long-term storage, where it stays between 50? and 60?. (The root cellar is too cold for winter squash storage.)

At this point we have everything harvested except five raised beds of carrots, which we will bring in this week. Then it will be time to add manure and compost to the beds, cover them with mulch, and say, “See you in the spring!”