You are here: Home / Dogs / Sprinter 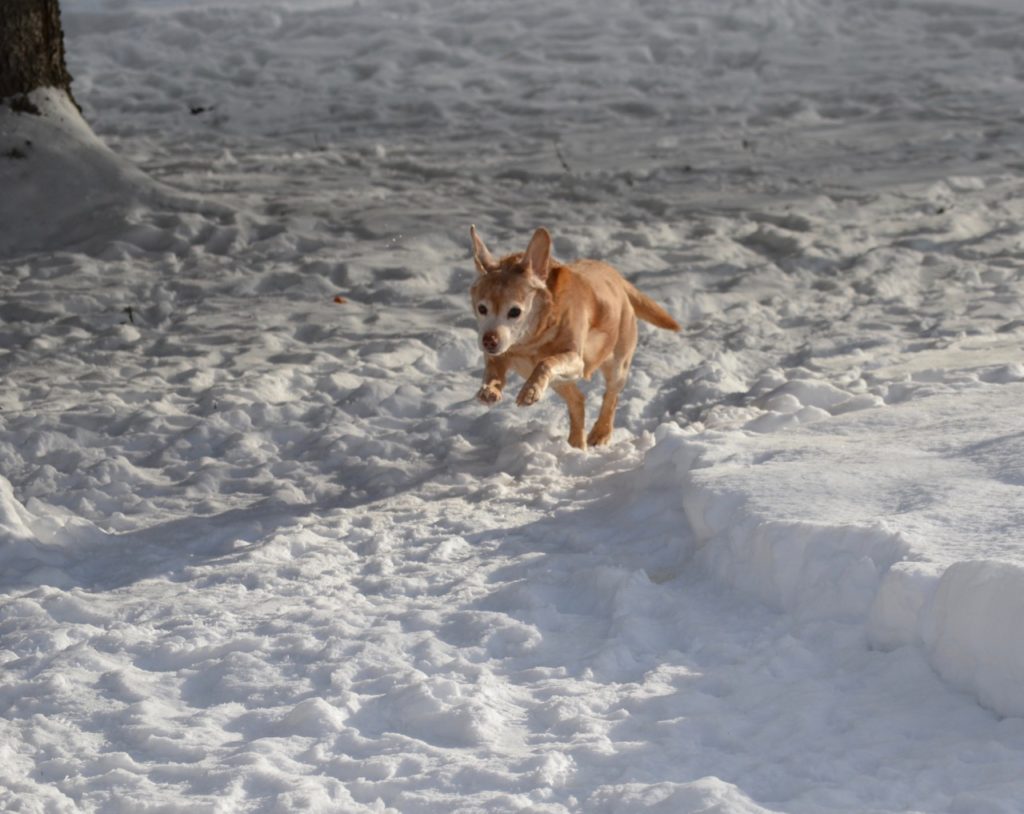 First, a technical note: We had some under-the-hood WordPress problems with the website starting the second week of January that kept me from being able to write or edit the blog. Just about the same time, our web designer was taken ill and out of the office for the past few weeks, so I didn’t have the tech support to find out what the problem was or know how to fix it. Fortunately, while she’s not back at work yet, we’re delighted to hear she is recovering well. So earlier this week, I was lucky to find another WordPress expert who dropped what she was doing to dive into our site and diagnose the problem. It was, of course, a WordPress update on January 11 that was incompatible with the WordPress theme (or template design) we had used for the website. Apparently we weren’t alone. The only fix was to get a new theme, which we did yesterday, and 24 hours later, our new expert has us back online. We hope you like the new look. We are still tweaking things, so we’re not 100% yet, but the basics are in place. So here’s a new blog post!

The photo above is Darla, sprinting across the snowy front yard from the spruce at the other end all the way to the house. She is, as I’ve mentioned before, the ultimate snow-bunny. She loves this kind of weather. She will grab mouthfuls of snow on the way out the door in the morning, and she’ll go running and jumping as she heads out into a fresh overnight snowfall. When you watch her racing like this, it’s hard to believe she’s had five cancer surgeries, cataract surgery, a spleen removal and a knee replacement.

She’s often just playing in the snow by herself, bucking and kicking like a rambunctious colt. The other dogs have no idea why she likes the cold and snow. She may be from northern Michigan originally, but still…! They’re buried under blankets in the living room and would prefer not to be seen again until April, while Darla can’t wait for the temperatures to plummet and the snow to fall.

Now if only I could train her to use the tractor to plow.