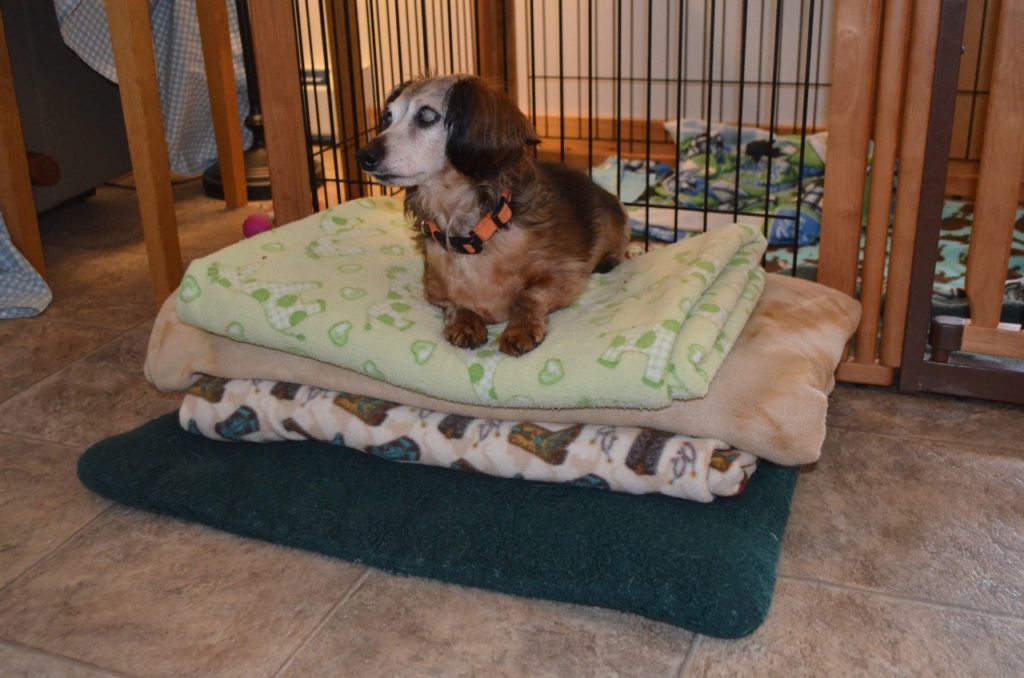 The initial two-week post-op phase was the most difficult, because she had frequent diarrhea overnight and would be covered in dried poo by morning when we got up. Sophie’s doctors had told us we couldn’t use water or soap to bathe her because of the risk of the contaminated fluid leaking through her sutures into the incision sites, so every morning it was a 30- to 45-minute task trying to clean her up with barely-damp washcloths and baby wipes. But once we got past that stage, her bowels returned to normal and life here became much easier!

Once Sophie was fully recovered from the surgery, our veterinary oncologist, Dr. Kendra Knapik, started her on chemotherapy using a drug called Palladia. It’s in pill form and we give it to her at home three days a week. She has a full roster of supportive medications to help her gastrointestinal system cope with the chemo drug, including Pepcid, Zofran, and Mirtazapine (an appetite stimulant).

At the same time, Sophie gets several eye meds twice daily: Furbiprofen, Dorzolamide/Timolol, Latanoprost, and Terramycin. The kicker with the eye meds? You have to wait 5 minutes between each one. Sophie also recently developed a urinary tract infection, so she is now on a long-term course of Baytril. And, let’s not forget, she’s diabetic, so she also gets insulin twice a day!

Since Sophie is Alayne’s minion, guess who gets to administer all these medications every day?

Despite all this, Sophie is back to her old self. She dances around Alayne’s feet, jumps up on her, twirls around, and barks at her. If you watched Sophie these days, you’d have no idea she is battling a life-threatening cancer. She is as happy as we’ve ever seen her.

I took her back to Peak two weeks ago for another re-check with the oncologist, and the ultrasound showed no further sign of the cancer spreading beyond its initial locations. That was really great news and means, for now, the Palladia is working.

Based on the veterinary literature about this disease, we know this cancer will ultimately prevail, but if we can buy her an extra six months or — just maybe? — a year with a great quality of life, the fight will be worth it.

For now, please keep your fingers crossed for Sophie. 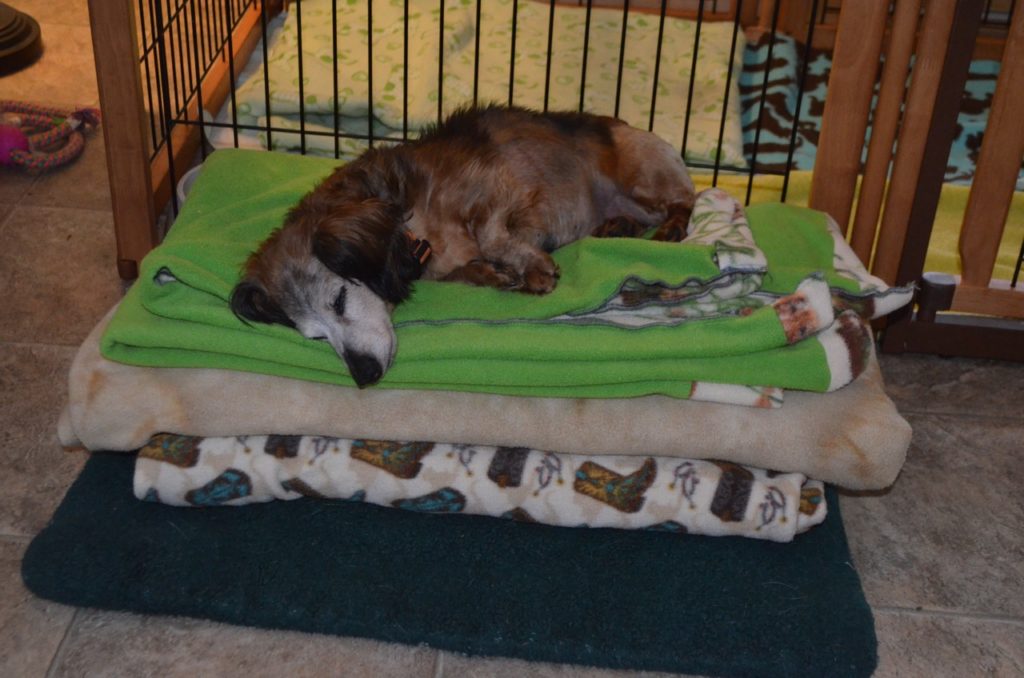