You are here: Home / Dogs / Something Doesn’t Seem Right Here 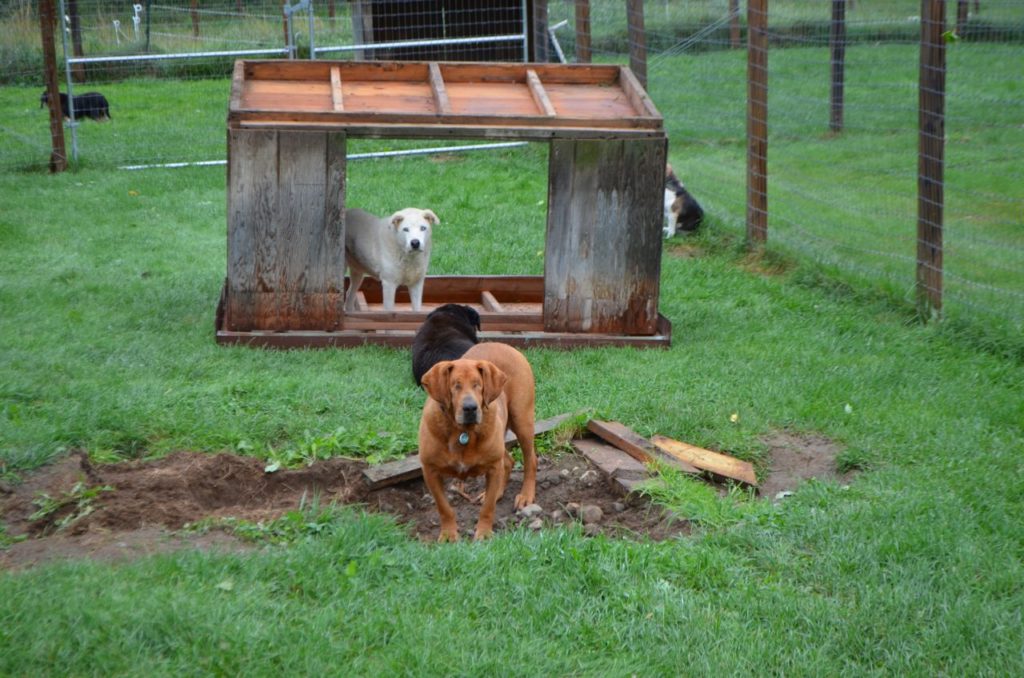 That was the scene last Thursday morning, after a violent storm ripped through here Wednesday night?– the remnants of the storm that dumped so much rain on Long Island earlier. Travis is standing on the roof of the dog house looking out what was the back side, and Jake is standing where the dog house used to be.

We got plenty of rain, not record amounts though we don’t know exactly how much because our weather station got knocked over. We were prepared for heavy rain, but what surprised us — and what hadn’t been in the forecast — were the ferocious winds that suddenly arrived at the tail-end of the storm. We have trees down everywhere, though fortunately no major?damage and no injuries. (Of course, we had all the dogs inside long before.)

We did have a close call when the top half of a tall spruce toppled over and landed right alongside blind Lena’s corral; the very tip of the tree, a couple of feet, flew into her shed, but she was fine. Most of what’s down are the electric fence lines for the goat pastures in various places around the farm. We have a contractor coming out later this week to cut up the bigger trees so I can reset the fences. We have lots of “widow-makers” in the woods — the top half of trees knocked over, or whole trees knocked over, but hung up in neighboring trees and primed to fall the rest of the way when a branch finally snaps or a gust of wind strikes it. Most of these will need to come down, too. Our contractor will use his excavator “claw” to get most of these out.

Jake is in the hole the blind Beagles dug underneath the dog house as their den. A short while later, I took this next photo … that’s Louie the Beagle curled up in the hole while Billy is checking things out and Austin has just wrapped up his inspection tour: 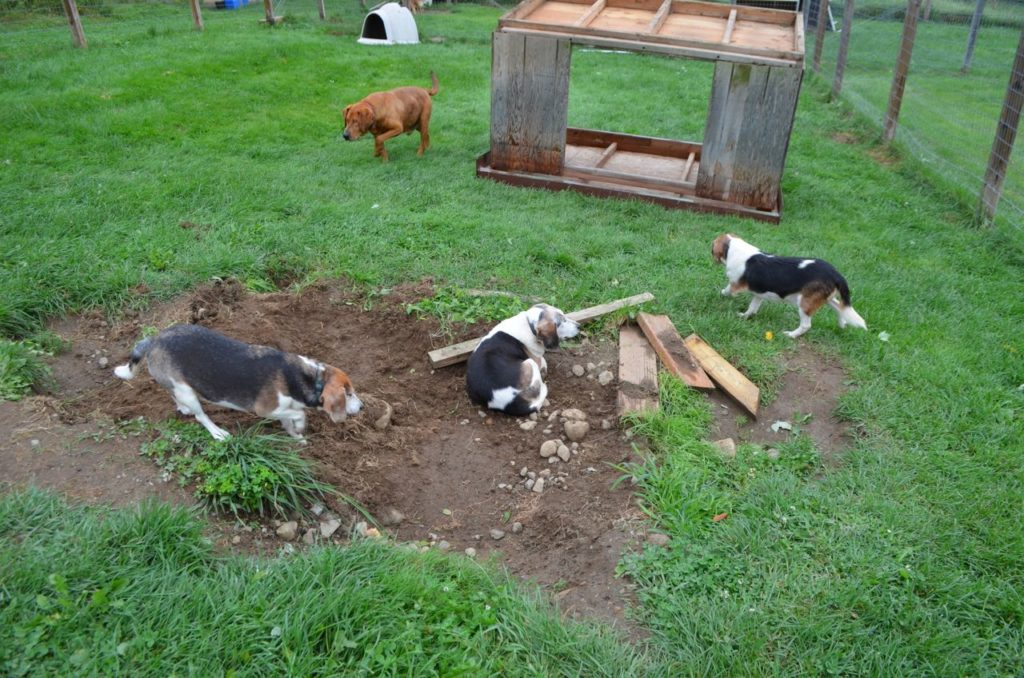 Louie’s probably thinking, “You know, there used to be something overhead before….” A pretty impressive hole, huh?

We muscled the dog house back into place later that morning and restored their den, much to the Beagles’ relief.

The latest round of the Shelter Challenge for 2014 is underway. It began July 14 and ends September 21. You can vote every day at http://www.shelterchallenge.com/. To search for us, type in our name, Rolling Dog Farm, and Lancaster, NH 03584. We’ve won thousands of dollars in the previous contests, so your daily votes do bring in serious money for our disabled animals!