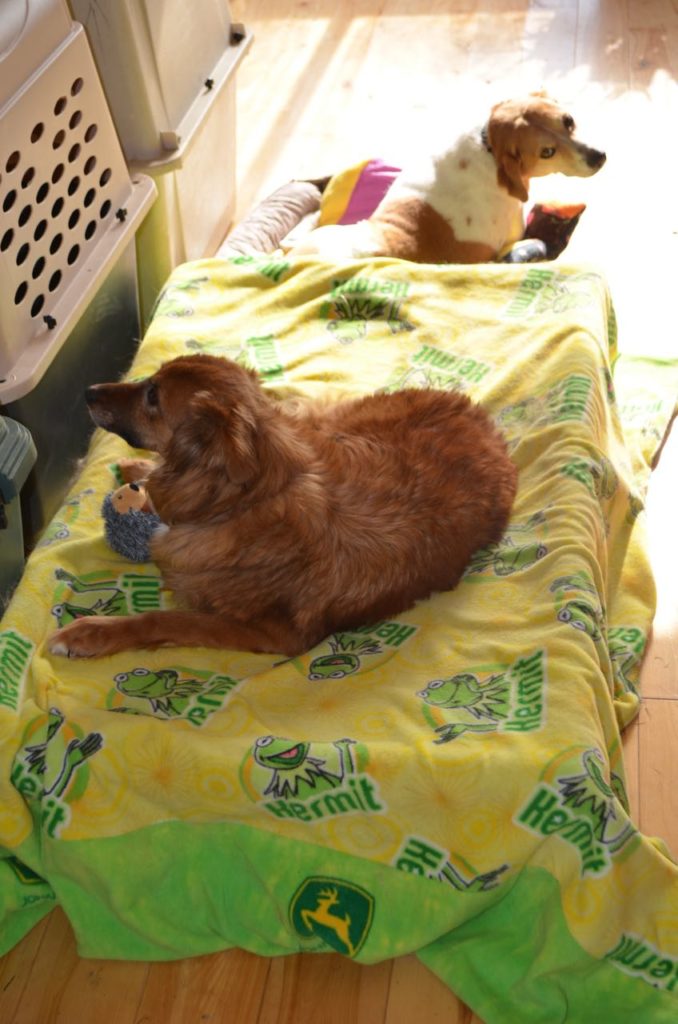 We noticed earlier this winter that our wobbly girl, Soba, was somehow ending up with toys on her cot that weren’t there at the start of the day. Now, Soba was never very?interested in toys, but here she was, chewing and tossing and playing with them. You can see a hedgehog chew toy in front of her in that photo. At first we couldn’t figure out how she was getting them, since she can’t get off the cot by herself. (We have to lift her off and set her down on it.)

Then one day we saw?Tanner laying on a bed next to Soba’s cot, chewing on a toy, surrounded by other toys. And sure enough, there was also a toy on Soba’s cot. We realized he’d been spending more and more time in the dog wing like this over the winter next to her, and it dawned on us that somehow he’s either giving toys to Soba, or in his own playing and tossing of toys, they land on her cot. Or, she’s able to reach over from the cot and grab one of his toys off his bed. But we’ve never seen any of those scenarios actually occur!

However it happens, there’s some kind of partnership here when it comes to toys. When we give Soba a toy, it doesn’t seem to attract her interest. When she gets one of Tanner’s toys,?now she’s interested.