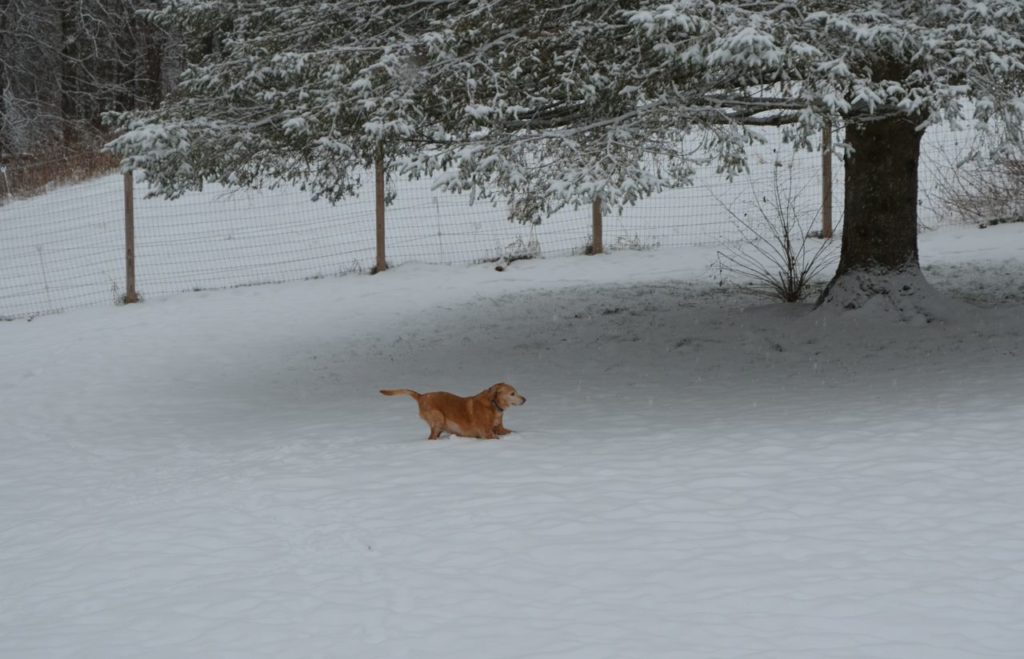 I mentioned in a recent post the difference we see in the “northern” dogs vs. the “southern dogs” when it comes to winter, and how for example Darla (from Michigan) and Esther (upstate New York) are?intrepid in the snow. Well, it’s even more than that. Some of them — those two in particular — seem to relish the snow. I took these photos last week after I let Darla out in the front yard. Ever since winter?arrived in earnest before Thanksgiving, we noticed she often enjoyed bounding outside into the snow, jumping and leaping, sticking her head into the fluffy stuff, twirling … all manner of antics. She was having a great time, and it was just her and the snow! So one morning last week I was ready with the camera.

In the photo above, you can see she’s doing the proverbial play-bow … except there’s no one else there. She was just getting her engines revved up. Then, after running in circles, came this: 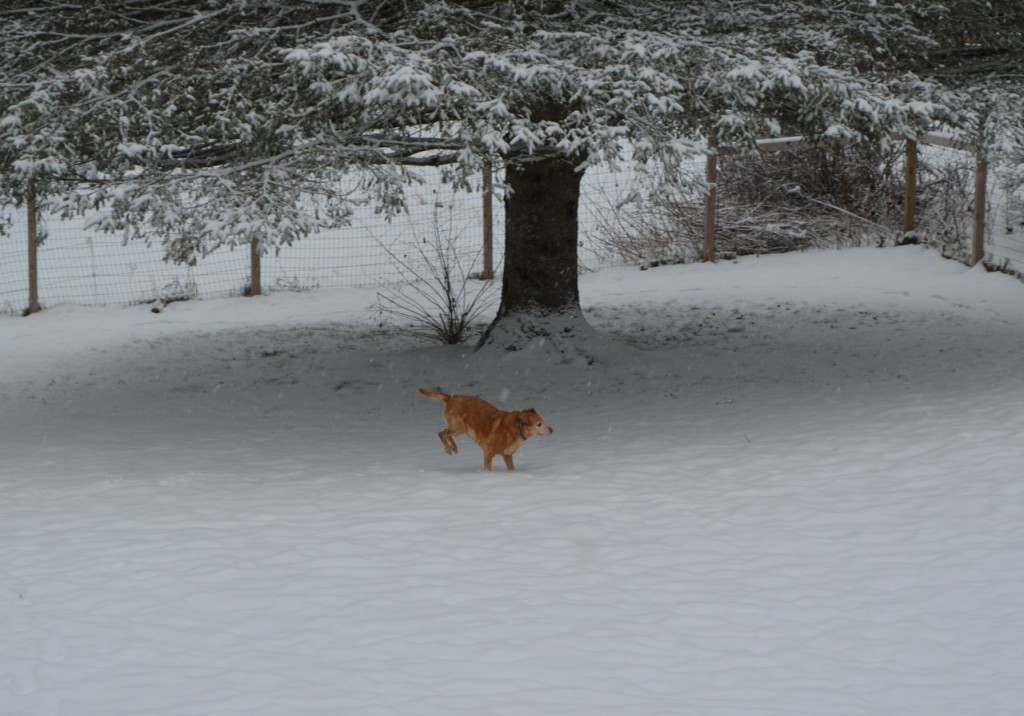 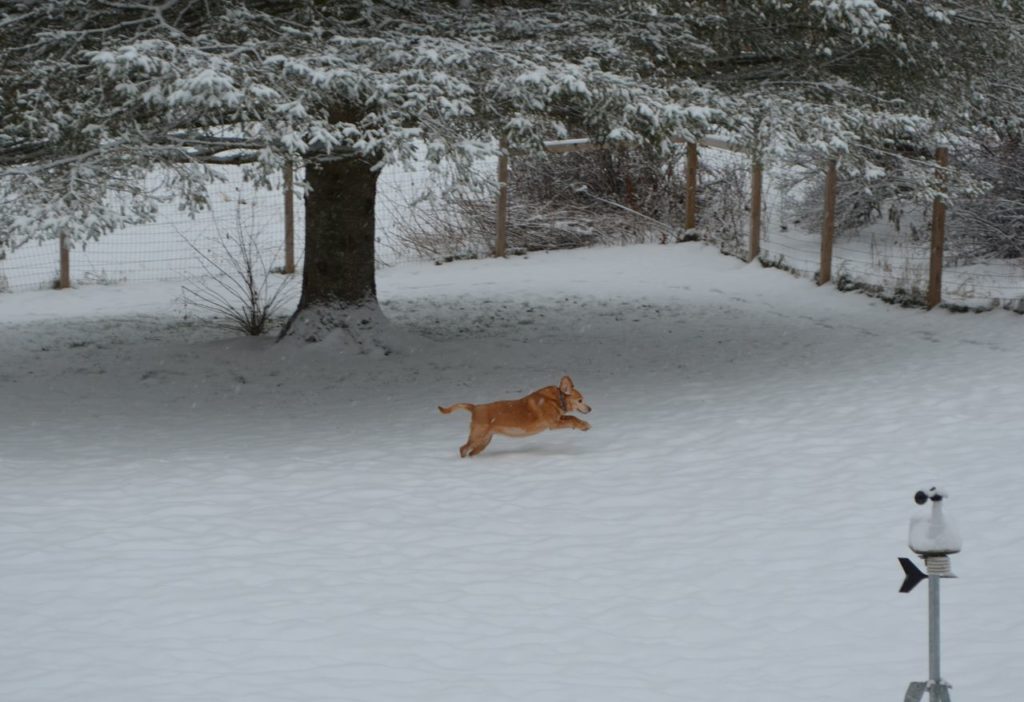 After a few more runs back and forth by the spruce, she headed for the ramp at a gallop: 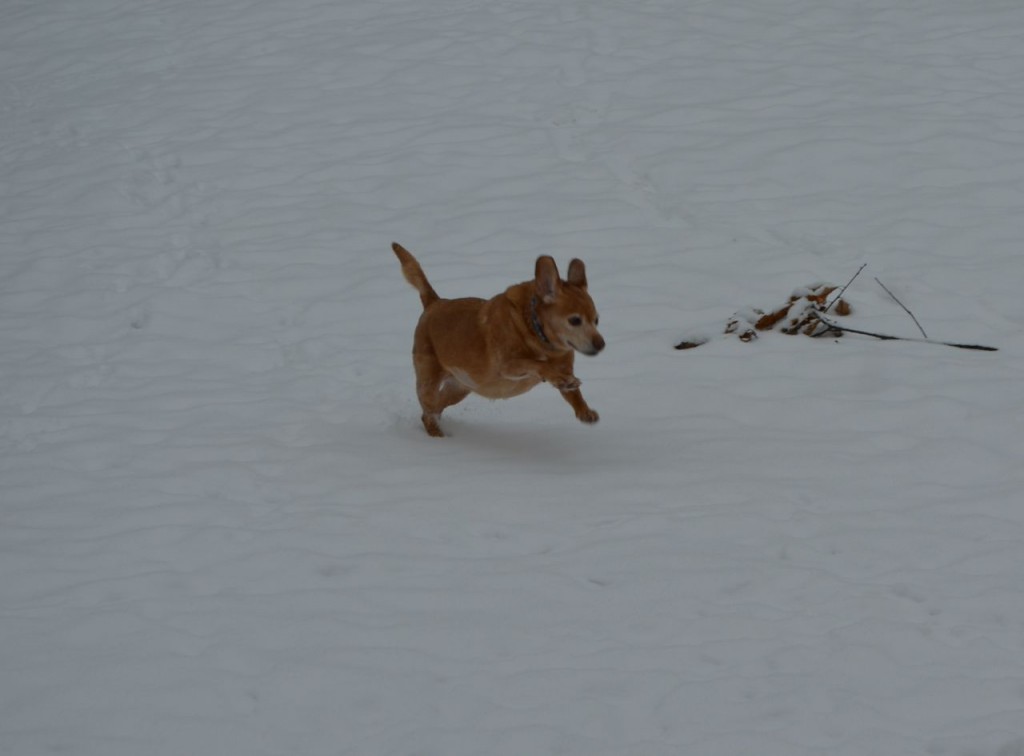 And ended up in this shot looking like she’s trying out a Tennessee Walking Horse gait: 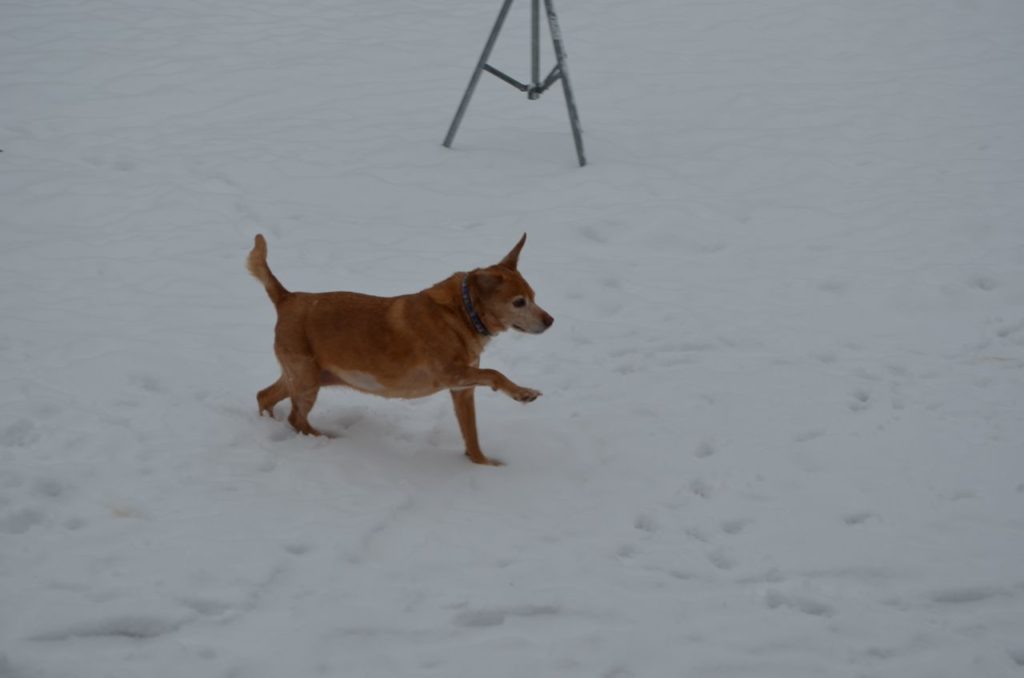 After that, she zoomed past me going up the ramp, whirled around at the door and stood facing me, ready to go in.