You are here: Home / Farming / Scenes from Labor Day 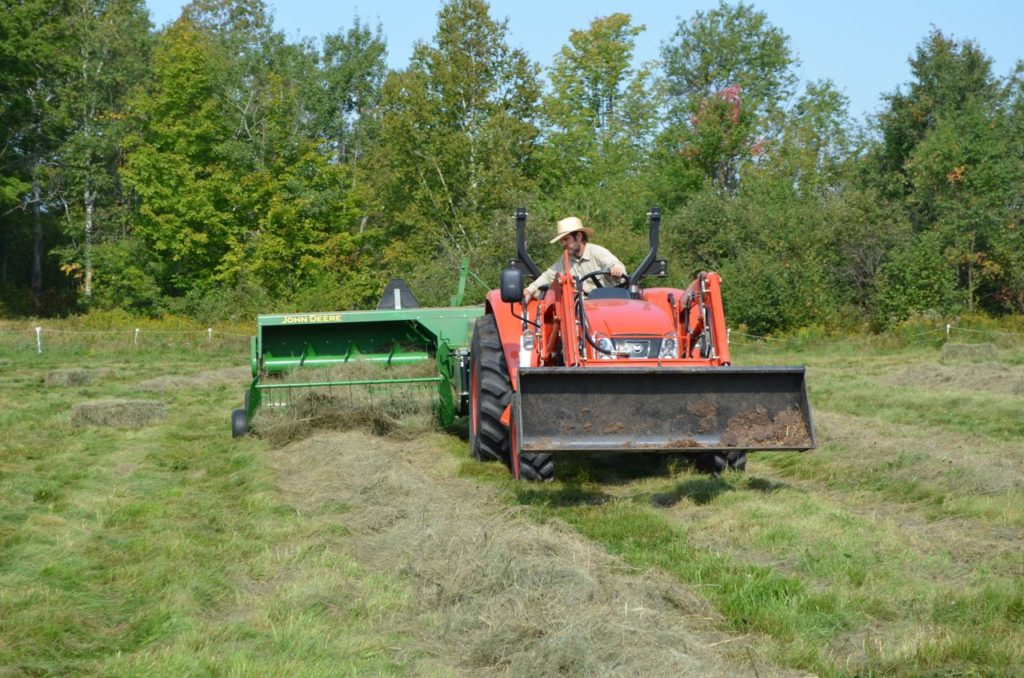 We hope everyone here in the US had a nice, long Labor Day Weekend last week. We had some sunny, hot weather that gave us a window to do the second (and final) cutting of hay, and we finished up on Monday. Alayne took these photos of me baling the hay. Here’s the rear view: 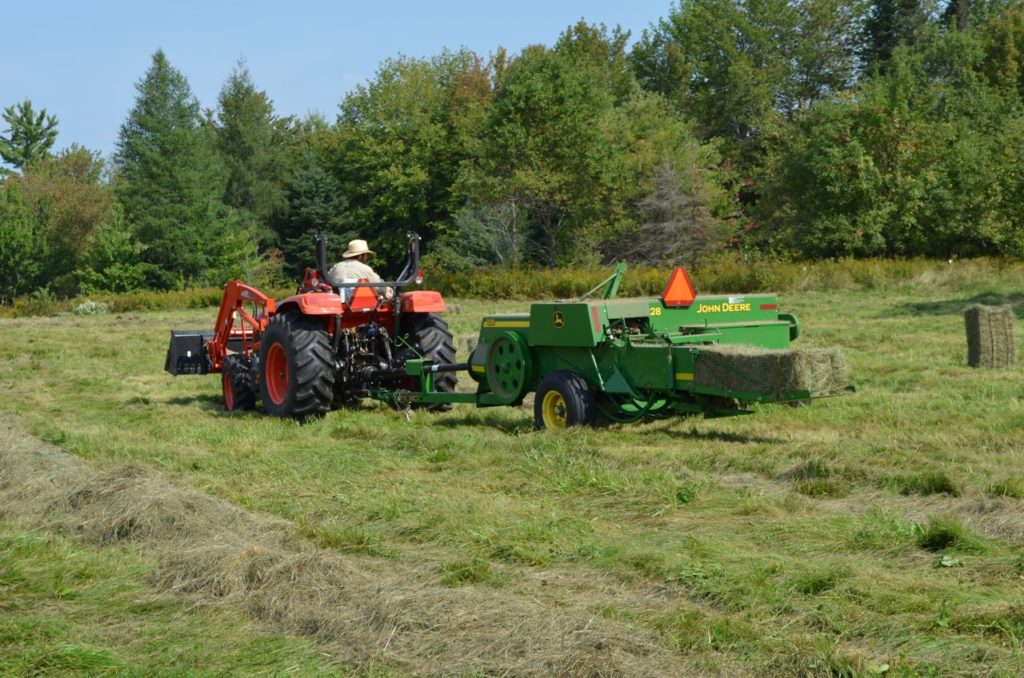 Here’s Alayne stacking hay on the trailer she drove out to the field: 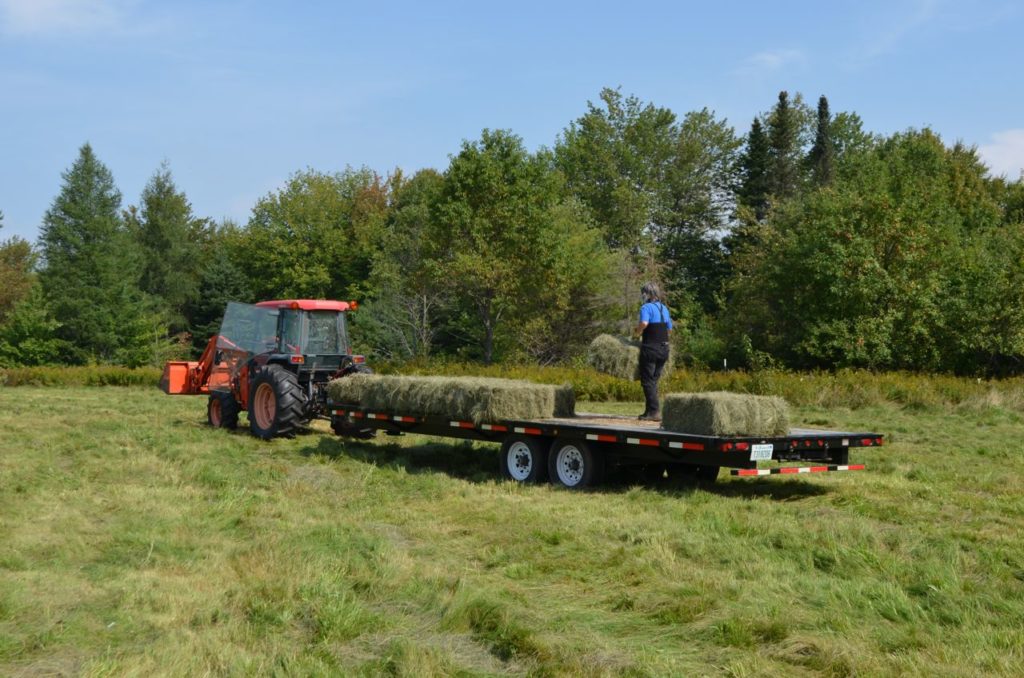 Our first cutting of hay was over the July 4th holiday weekend, so we don’t know what it is that turns these “holidays” into “haydays.” Alayne and I have now put up 910 bales total for the summer (a bale counter on the baler makes it easier to keep track!).

While we were waiting on the hay to dry after each of the various steps involved during the several day process — the mowing, tedding (turning the cut grass in the field to expose more of it to the sun) and raking –?we were doing the other’tasks this time of year brings. Alayne harvested all the?onions she’d planted, and set them out to dry?in what I call her “onion tower”: 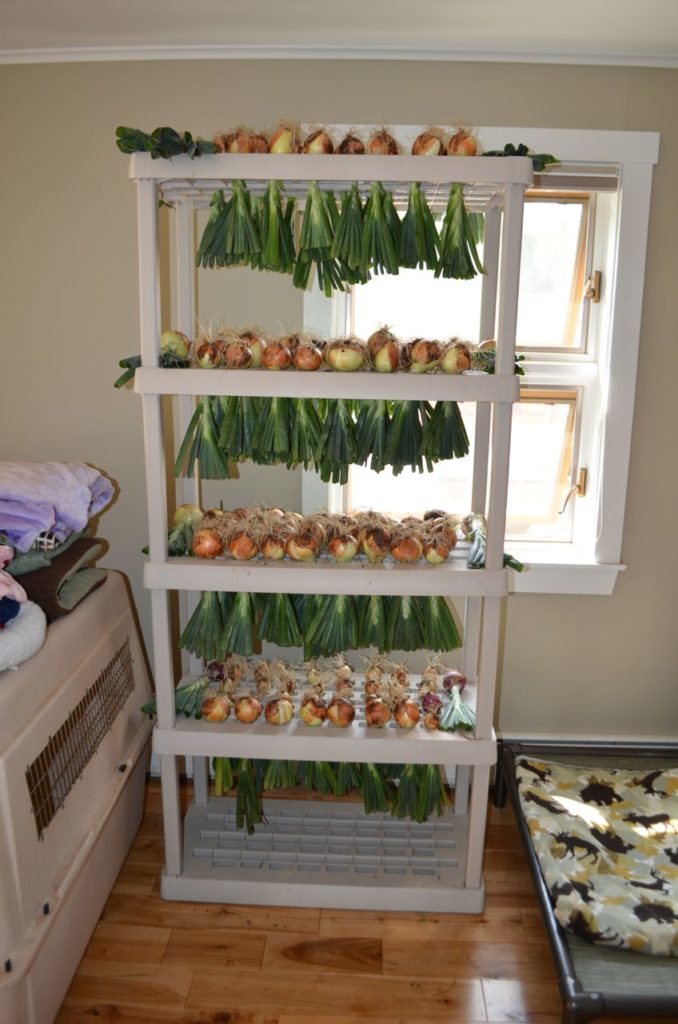 For those that couldn’t fit in the tower, she spread them out on tables to dry: 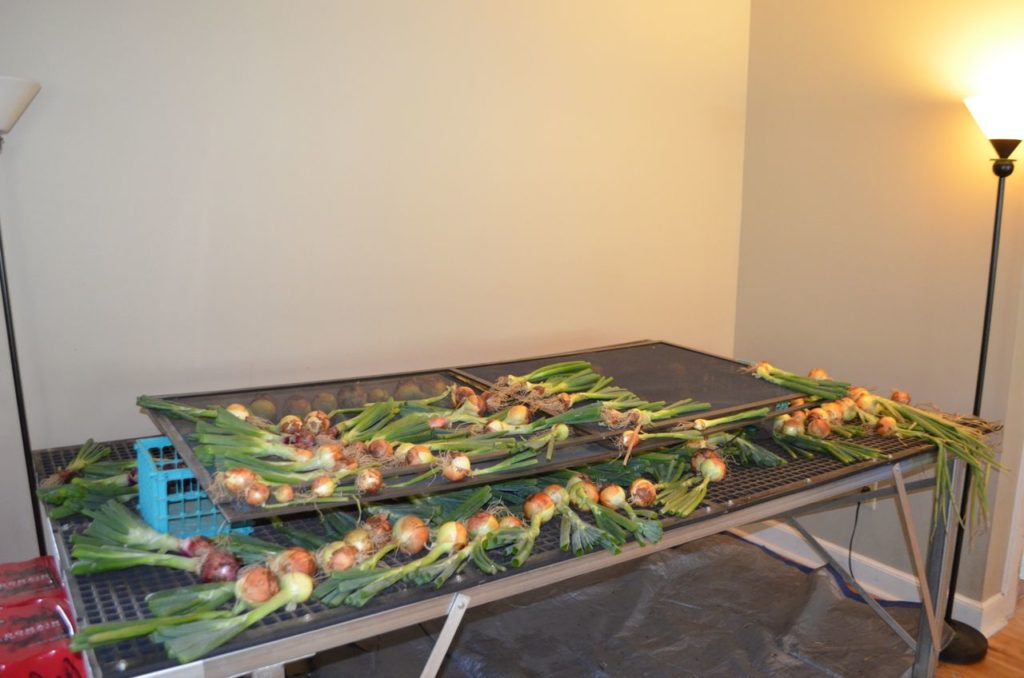 We also harvested the beans (Vermont Cranberry and Jacob’s Cattle Bean) and Alayne hung them out on these rolling carts to dry, while I had been working on firewood: 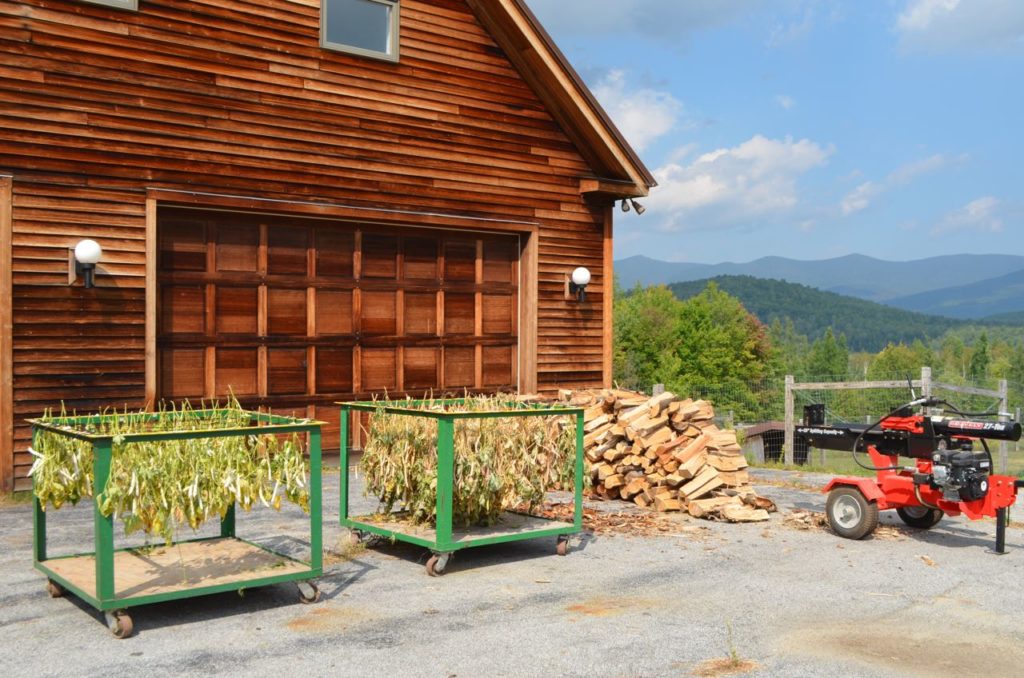 We have many more bean plants drying in a room in the back of the barn, so I know two people who are going to spend some winter nights shelling beans in front of the wood stove!

After we finished baling the hay and getting it in the barn on Monday, I dug up the last of the potatoes — the Katahdins — that afternoon. (We had harvested all of the other?potatoes?in the preceding two weeks.) Here’s Darla checking out the potatoes: 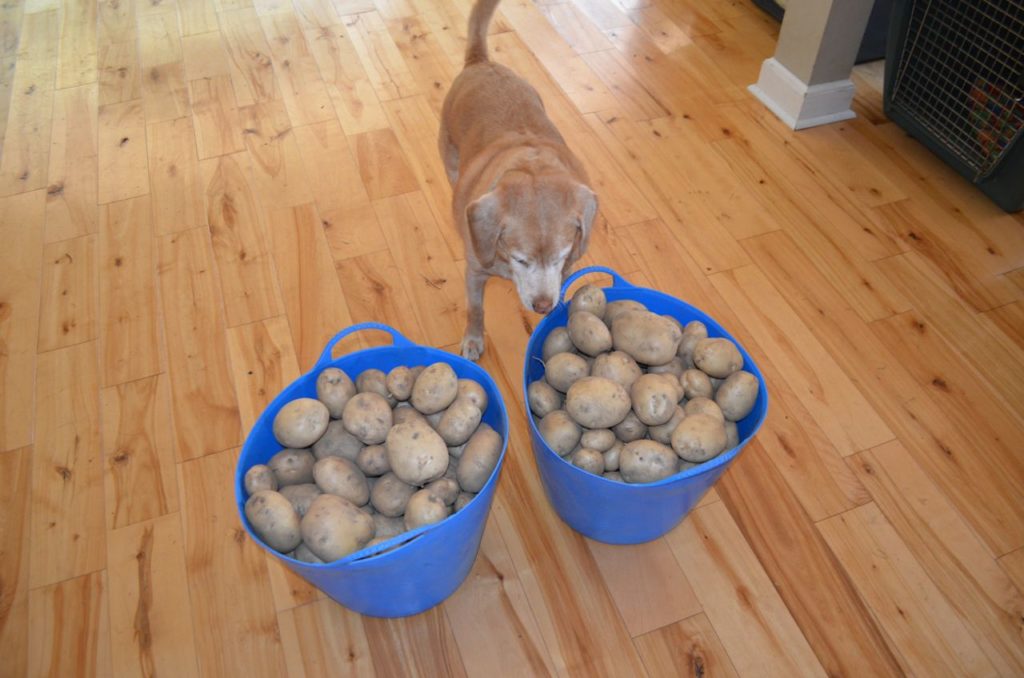 She was no doubt thinking, “Hmm, I’d like to have one of these for dinner tonight.” Except she wasn’t thinking about eating an individual potato but the entire basket. That’s my girl.

Alayne’s already put up 40 quarts of green beans in the freezer and dehydrated tray upon tray of zucchinis. (Yes, we enjoy them fresh, too, along with corn and other vegetables.) To add to the bounty, she brought in three bushels of apples this weekend. We still have winter squash, carrots and, weather permitting, one bed of Black Coco dry beans?yet to harvest.

But the haying equipment is parked in the barn until next summer!