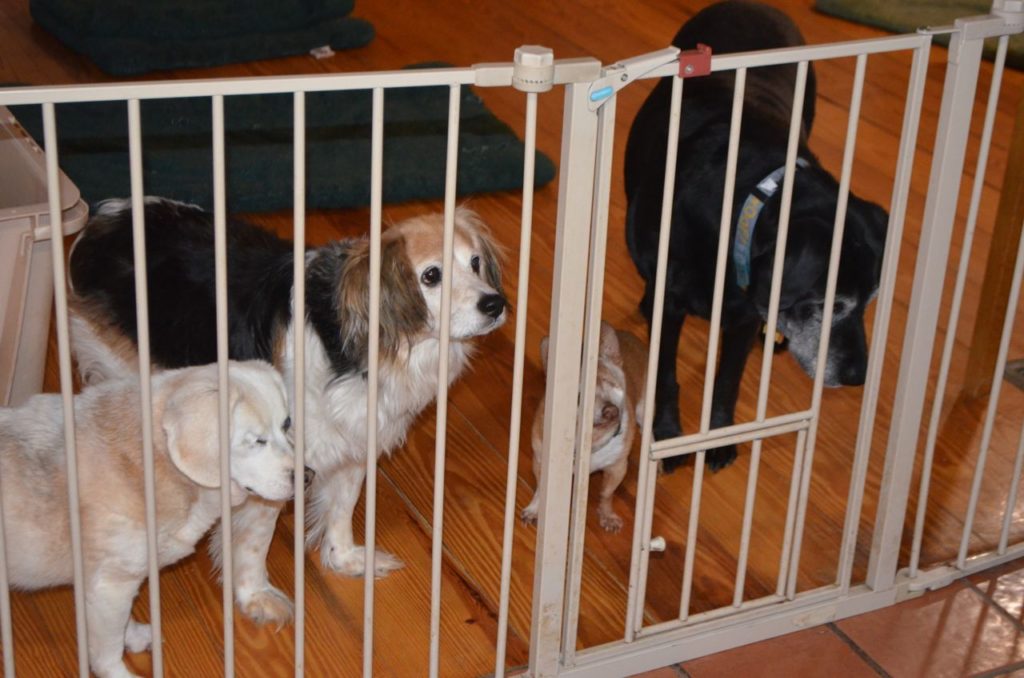 Over the years I’ve posted various photos of the characters standing on the other side of the gate?from our dining table and kitchen. The gate remains the same, while’the line-up of dogs changes over time, and also from day to day, depending on who’s in the living room at our mealtime. For example, here are past scenes from 2009, 2010, 2012, and 2013. And here’s?someone who almost squeezed through the gate. I took that photo above a couple of days ago, and it shows from left to right, Aurora, Esther, Wilbur and Stella. They are forever hopeful … and for good reason, because they do get the occasional treat.

Blind Sophie, who was standing up at the gate in one of the earlier?photos, is put up in the dog wing for our meals because she is diabetic and can’t have treats — she can only eat when she gets her insulin injections. So we don’t want her to hear other dogs getting a bite of something and wonder why she’s being left out.

Wilbur is still miffed that we don’t open that little gate-within-a-gate so he can come in while the others have to stay out. He thinks it was designed just for him.