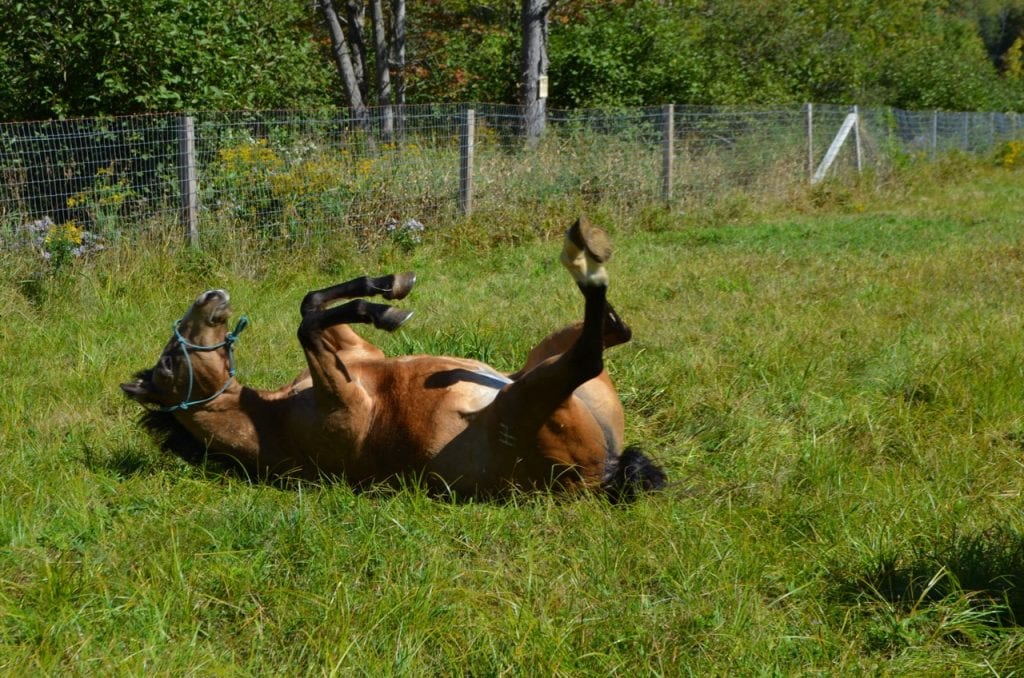 That’s Shy, the blind mare who came to us a year ago from Washington state. I took this photo a few weeks ago when Alayne and I had taken Shy and Lena out to pasture. Within a few minutes of being turned loose, Shy loves to find a spot to roll around in. Back and forth she goes, from side to side and from top to bottom. Once done, she settles in for grazing.

Although we had been told she was about 7 years old, our equine veterinarian determined she was actually in the 17 to 20 years range. This is based on certain grooves in a horse’s teeth that are pretty good indicators of equine age. And although she appeared in perfect health — good weight, great appetite, normal drinking and urination, healthy hair coat — our vet suggested we test her for Cushing’s disease, “just in case.” (Cushing’s is the common name but more accurately should be referred to as pituitary pars intermedia dysfunction, or PPID – a condition of the pituitary gland, which is located at the base of the brain.) Sure enough, she has it, even though she isn’t yet showing symptoms.

Lena also has Cushing’s, so now we give both mares injections every two weeks to control the disease. We used to give Lena the typical Cushing’s medication called pergolide, which came in a tiny pink pill that she would take every day … except she didn’t. If we put it in her grain, she’d stop eating grain. If we hid it in apple slices, horse treats … you name it, we tried it … and after being “fooled” once or twice, she would simply refuse to eat that particular item again, regardless of whether it had the tiny pill in it or not. She actually refused to eat apples for two years as a result, and to this day won’t eat the oatmeal horse treats she once relished. It was ridiculous, because that pill was so small we’d think, how does she even know she’s eating it? And since she’s blind, she can’t see it either. Sometimes I’d resort to trying to stuff the pill down her throat, which is as difficult as it sounds.

Fortunately, a compounding veterinary pharmacy named BET Pharm came up with an injectable medication called cabergoline that lasts for two weeks. It’s expensive, but it’s a guaranteed delivery route for a medication needed to control Cushing’s. So that’s how we are treating both Lena and Shy.

Shy also has a hoof issue called canker, which our vet and farrier have been treating.

Here they are together, enjoying some late season grazing: 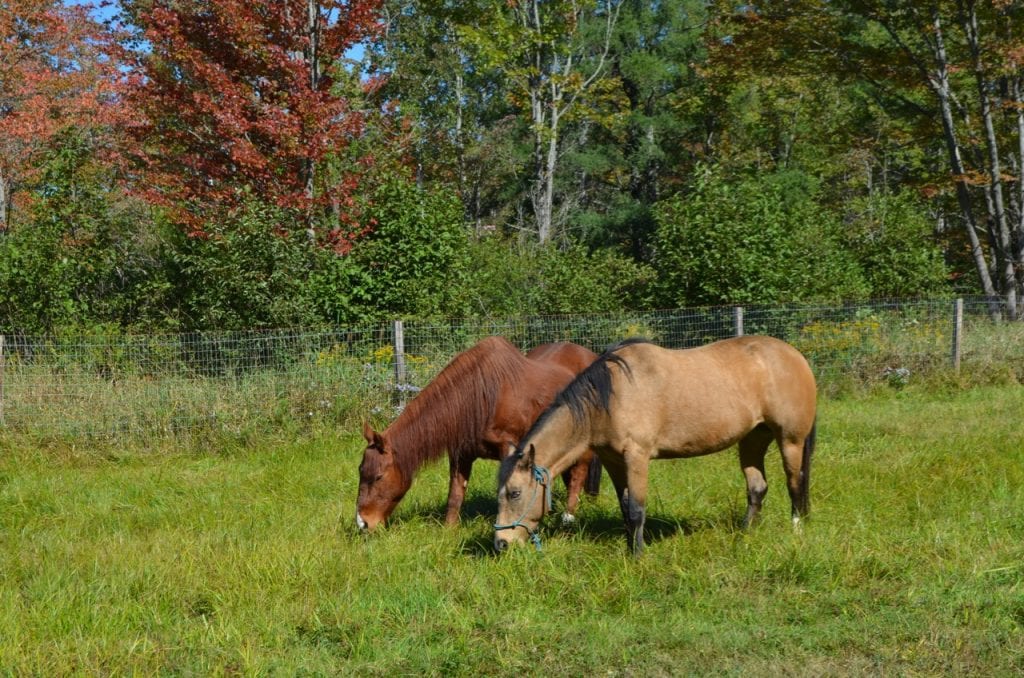