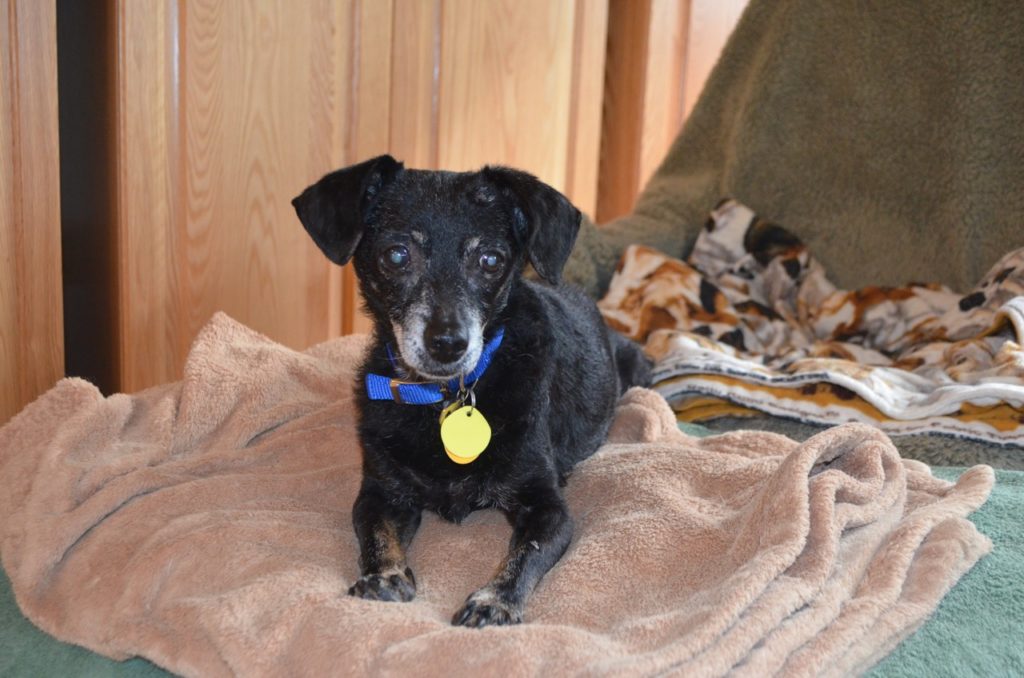 This senior little lady came to us a couple of weeks ago from the Spartanburg Humane Society in South Carolina. She had been found as a stray and turned into the shelter. She was old, deaf, had cataracts in both eyes, and was in poor shape — with bald skin patches and a “greasy, unkempt” coat as the shelter’s vet tech described it.

No one stepped forward to claim her. The shelter’s outreach coordinator told us that “Unfortunately, there is no chance that anyone is coming to adopt her.” She had no ID tags on her when found, and hence was nameless, too … so the shelter staff named her Mildred. She’s a Dachshund mix as best as we can tell.

After the shelter asked if we could take her, I got in touch with our pet transport company, TLC Pet Transport. As luck would have it, they had a trip going right through South Carolina to the Northeast a few days later. Before we knew it, Mildred was here! I took that photo on the day she arrived. She’s a wee girl, about 14 pounds. Quite elderly, but still pretty spry. She walks with a limp, but that doesn’t keep her from exploring the yard and house at will.

It was clear when Mildred first came that she was not used to being loved and petted. She seemed to be one of those dogs who must have spent their whole lives with someone who never showed them any attention or real love. So at first she wasn’t sure how to react, but after a few days she started wagging her tail, then began seeking us out. Similarly, she wasn’t sure what to do with dog treats initially, but now she perks her ears up when she knows it’s treat time. During the day Mildred usually sleeps on the bed behind my desk when I’m in the office, and I’ve noticed that often when I get up and leave, she gets up to follow. The other day she started doing play bows in the living room, and then scooted around with happy energy. That was so much fun to see.

She seems to be able to see around the margins of her cataracts, so our assumption is that her retinas are still working. I am taking her to Peak Veterinary Referral in Burlington this week to see several specialists there, including internal medicine, radiology, and ophthalmology. They’ll do a complete work-up on her, including an electroretinogram (ERG) to determine if her retinas really are working. If they are, that means she might be a candidate for cataract surgery. Mildred also has several lumps that need checking. (You can see one in the photo at the top of the post … above her left eye, at the base of that ear.) Of course, we are hoping they are just benign.

Mildred gets along great with everybody, and has fit right in. Here’s a photo Alayne took the other day of Mildred sharing a bed with our blind Dachshund, Sophie: 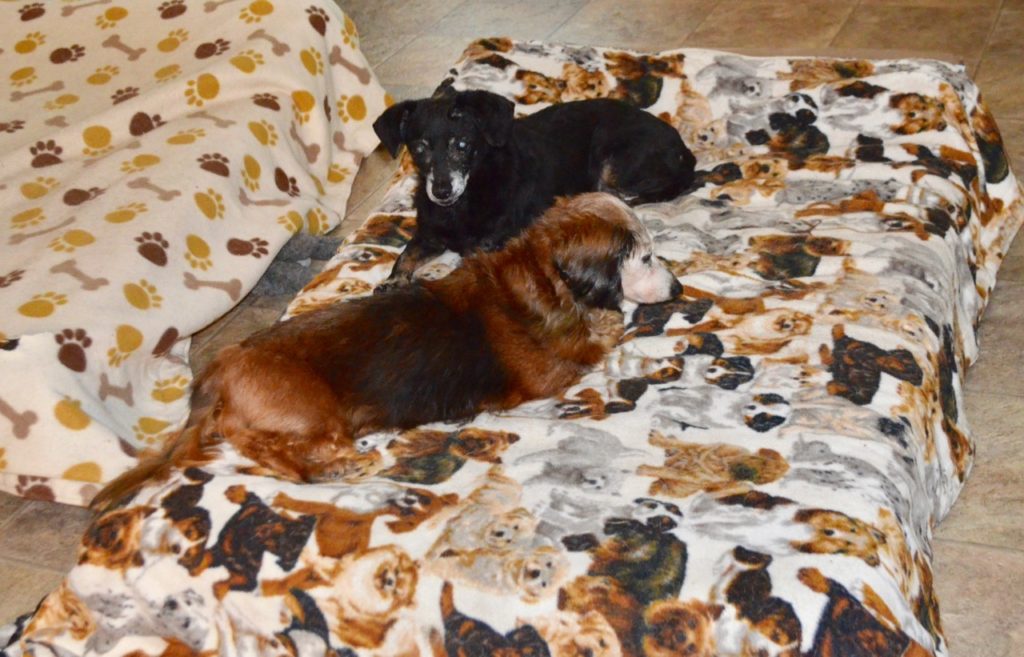 We were delighted to be able to take her in, and so far she’s thriving in her new home!