You are here: Home / Farming / One More Thing To Do 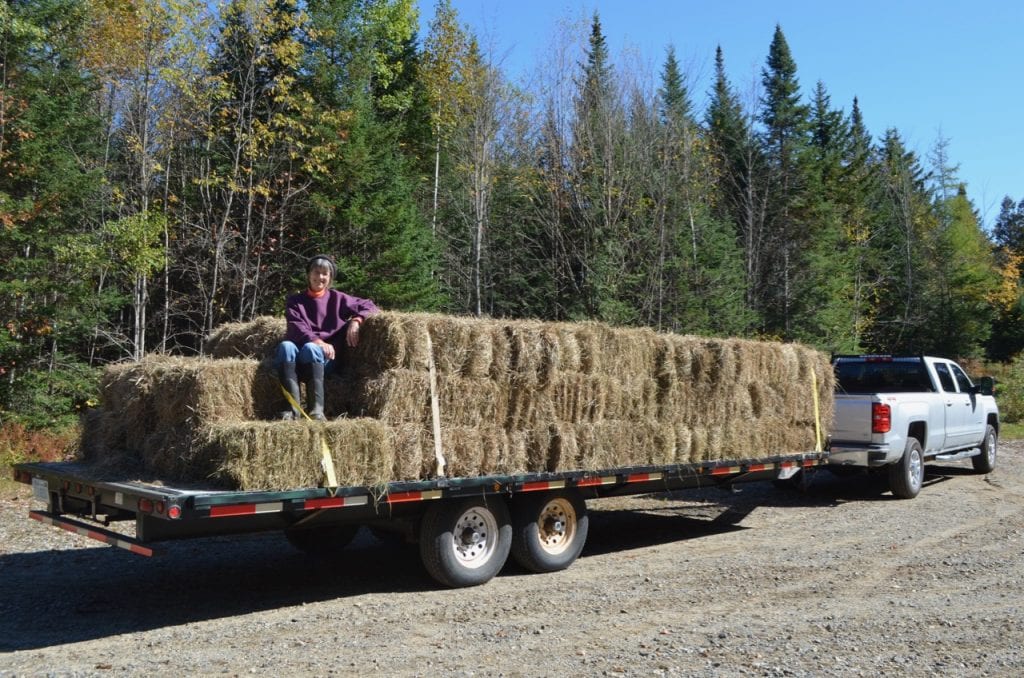 That’s Alayne perched on the second and last load of hay we put up this fall. We had an unusually dry August and by mid-September the hay fields weren’t looking very promising, but I went ahead and cut them, hoping for the best. Despite a forecast of sunny weather, those first couple of days after cutting were cloudy and cool, and I began to despair that we would get it dried in time.  But the sun did finally come out, along with some very dry air, which helped make up the lost ground. The tedding (turning the cut hay) and then raking it into windrows went well, and before I knew it, we were ready for baling.

As I drove around the first field with the tractor, pulling the baler behind, I was pleasantly surprised by how often the baler was kicking out a beautifully fresh, newly formed bale of hay. I soon realized we were going to get quite a lot more hay than I initially thought.  Once done with baling, I used the pallet forks on the tractor to bring piles of hay bales to Alayne, who then stacked it on the trailer. I’d bring her about eight bales at a time, dump them on the trailer, and head back into the field for more, while she methodically stacked them from one end of the trailer to the other.

The first load is already in the barn.  Now we just have to unload this stack.  Fortunately we have it parked under cover for now, so it’s safe from the weather. One last step to go!