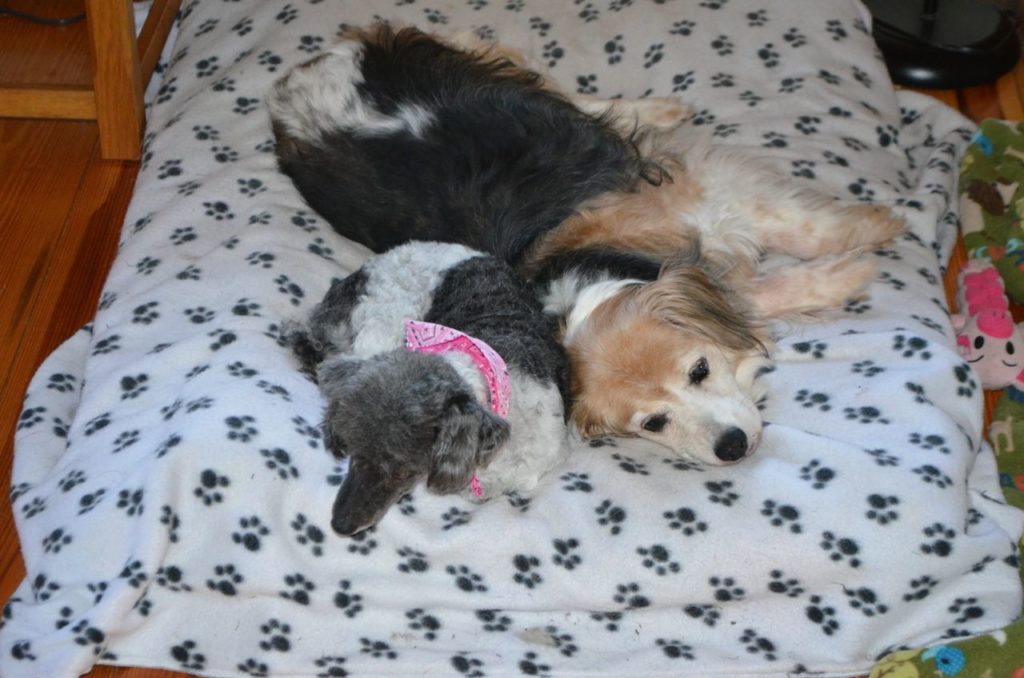 When new dogs arrive, we never know how it’s going to work out. We always kind of hold our breath, do our best at making the introductions as smooth as possible, and then see how things develop. Deaf Esther, our elderly Sheltie mix who arrived last year from an upstate New York’shelter, was really put out when blind Mabel showed up a couple of months ago. She just didn’t seem to like the fact that a new dog was here, and kept staring at Mabel with a look that seemed to say, “Now when are you leaving again?” To compound matters, although Mabel had her own favorite round foam bed — one in both the living room and the dog room — she eventually took a liking to the big fleece bed that was Esther’s favorite bed in the living room. It’s the white one in the photo above.

Esther wouldn’t go anywhere near it if Mabel was on it, and she wasn’t even willing’to settle down on the other fleece bed right next to it. That wasn’t hers, you see. There was no shortage of beds in the living room, but that wasn’t the issue. So she sulked and pouted and wandered around the house, looking a bit lost and quite unhappy. Alayne would eventually scoop up Mabel and set her down in her foam bed, and Esther would go bounding back to her coveted fleece bed. This went on for weeks.

Until July 11, when I noticed the two of them side by side on that same bed — and that’s when I took the photo above. It was one of those “ah ha” moments. I looked over and saw them there and couldn’t believe it. Silently, without us doing anything, somehow these two elderly ladies worked things out. They’ve been sharing that bed off and on ever since.

Here’s another photo I took this morning: 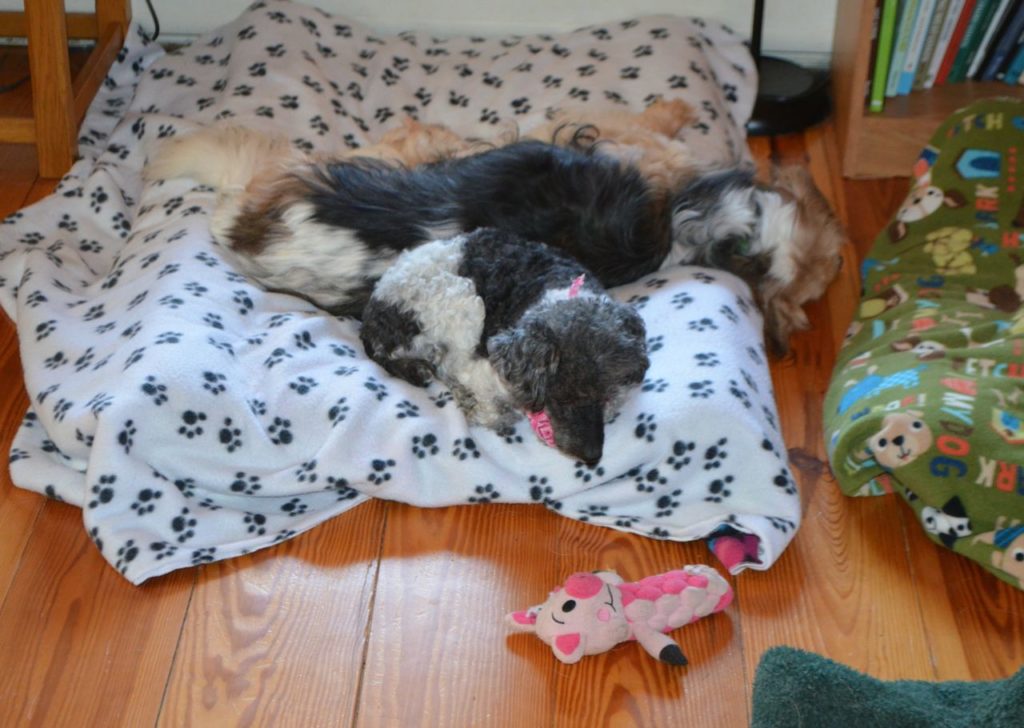 An update on Esther: In mid-June I wrote a post about taking her off seizure meds because the drug, Keppra, had seemed to change her personality and diminished her zest for life, along with her appetite and energy. Well, several weeks later, I’m delighted to report that Esther has become her normal self again, bounding down the hall after?Alayne, eating dinner with gusto, and walking around with a smile on her face. She also hasn’t had another seizure so far, which is a relief. Now, I can’t blame for certain the Keppra for what happened to her — this is only correlation, not causation — but the results since’taking her off the medication have been quite dramatic. We’re happy to have her back!