You are here: Home / Dogs / My Real Life Chew Toy! 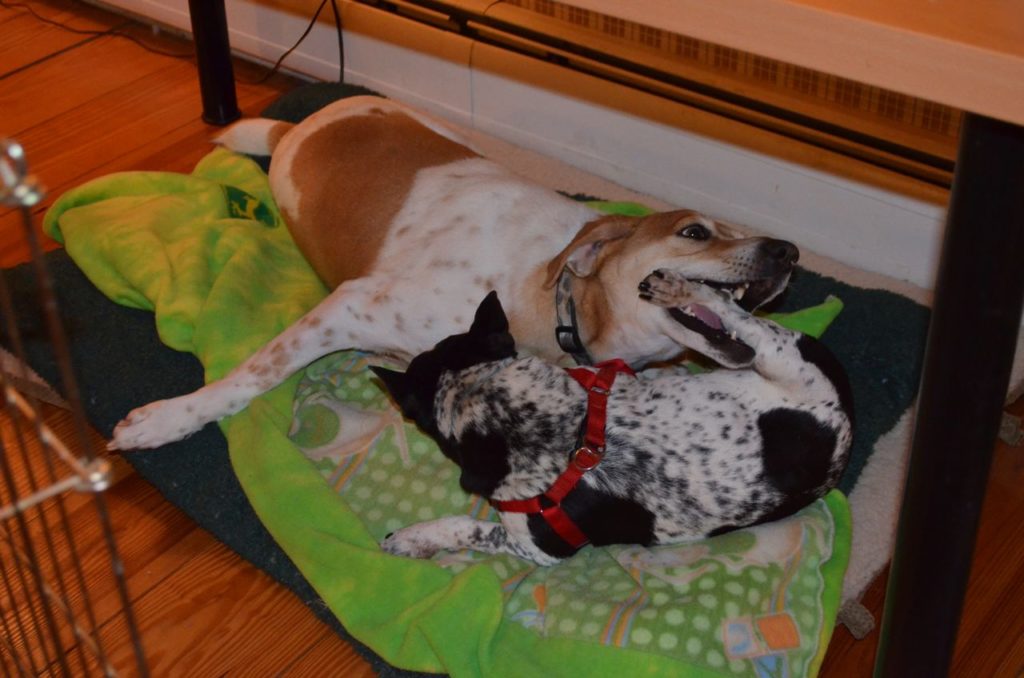 It has been so heartwarming to see the deep?friendship that’s developed between our three-legged boy, Tanner, and?our new arrival, blind Taco. They are almost inseparable these days. Their biggest joy is just?wrestling with each other, despite the difference in size and disability. Tanner, who is several times Taco’s size, is incredibly gentle with his little friend — never mind?what the photo above suggests!

Tanner is a big fan of soft?chew toys, and he was consequently thrilled to discover a real life “chew toy” in the form of Taco. Yay!

After nibbling on Taco’s?back leg, Tanner?moved to a front leg: 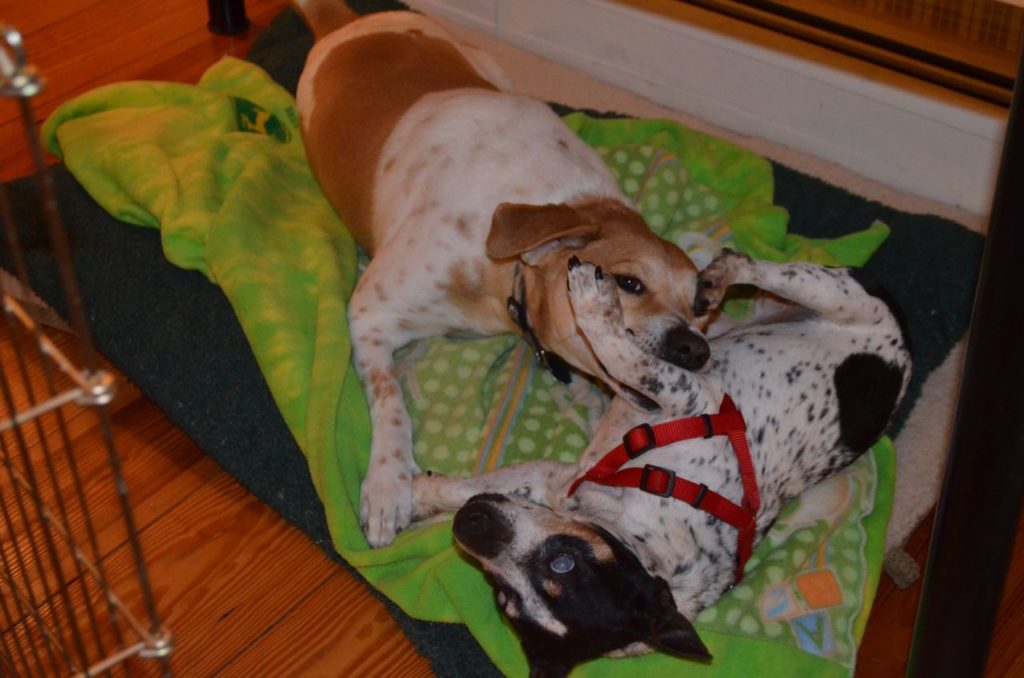 Notice Taco’s back foot is now on the side of Tanner’s head, which is?about to get a nice cranial push-off.

As this next photo shows, Taco can give as good as he gets in these rounds: 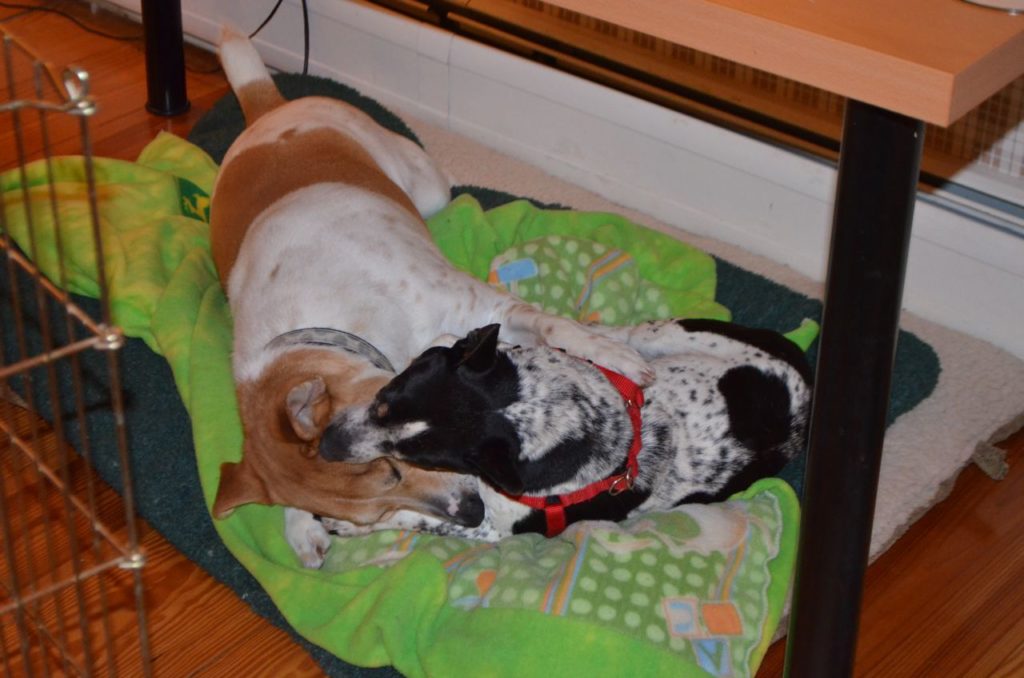 Another day, another gladiator session begins: 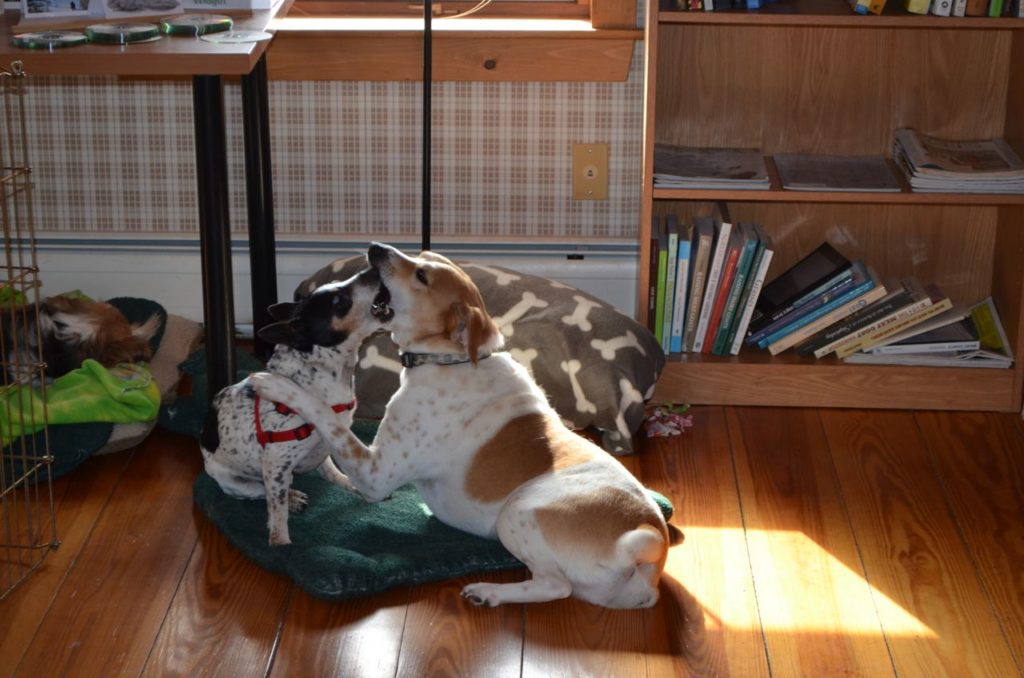 I love Taco’s expressions in these next two photos: 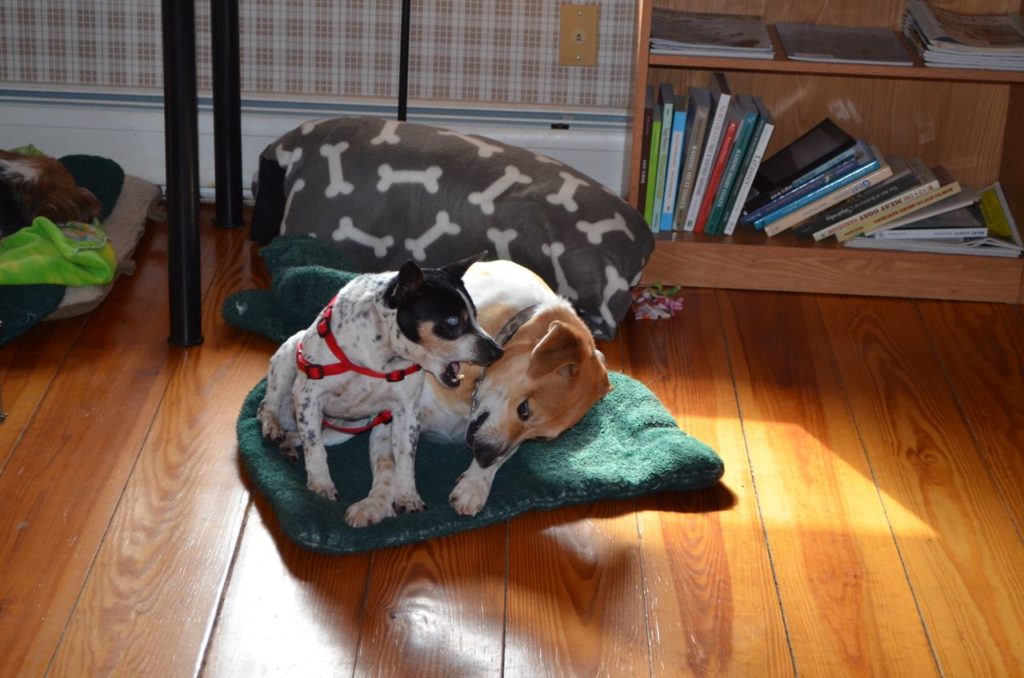 As if that wasn’t demonstrative enough, then came this: 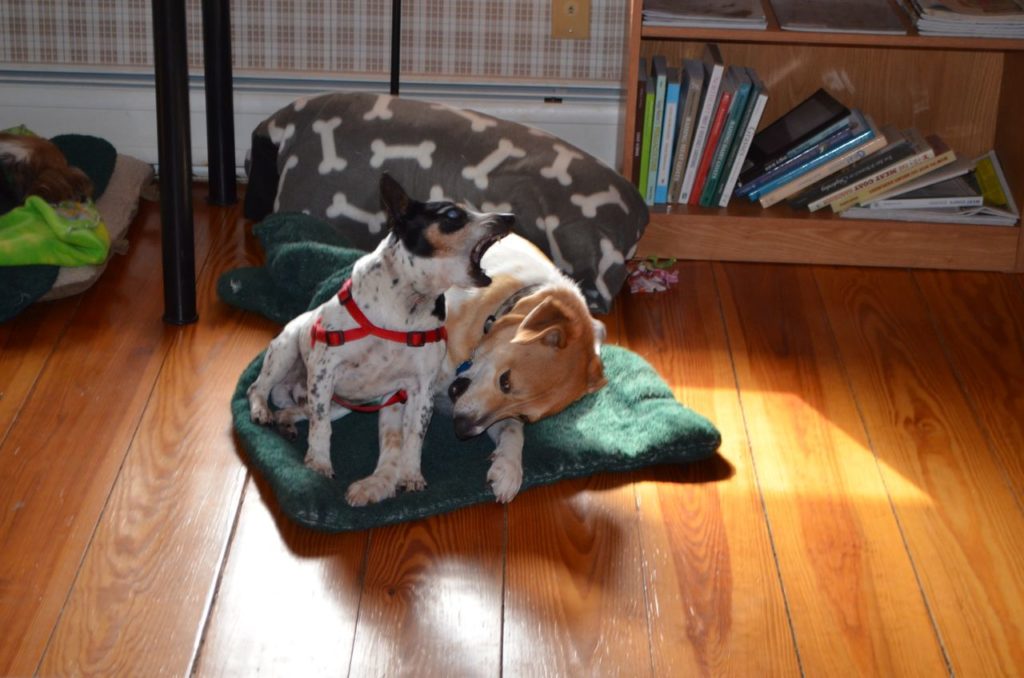 What’s interesting is that there’s no barking or growling during these sessions — it’s surprisingly?quiet, and mostly what we hear is the soft sounds of them scuffling around. Occasionally there will be some grunts and snorts, and the sounds of dog bodies rolling around, but otherwise these two could be carrying on like this in a library and nobody would mind. They’re that quiet.

The most endearing thing is that Tanner loves to clean Taco’s ears. In fact, this is how their play sessions often?end, with Tanner giving Taco’s ears a thorough cleaning. That’s what is going on in this final photo from a recent evening: 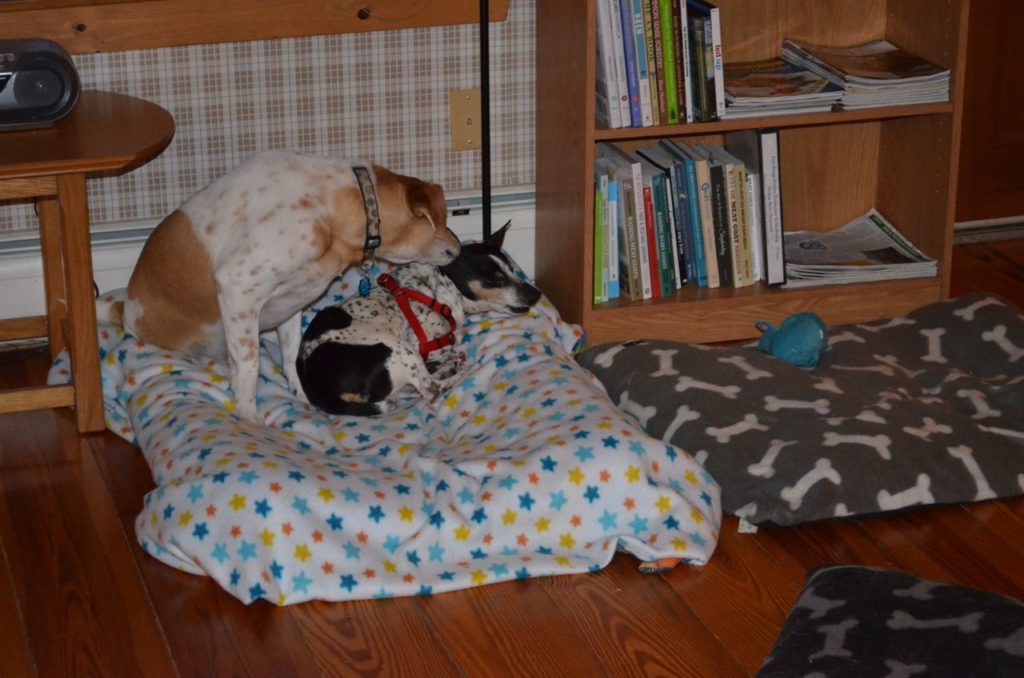 Taco has walked up to me after one of these,?with both ears wet and glistening from his most recent ear-bath. He looks at me as if to say,?”I know he likes to clean my ears, but every night?!?”