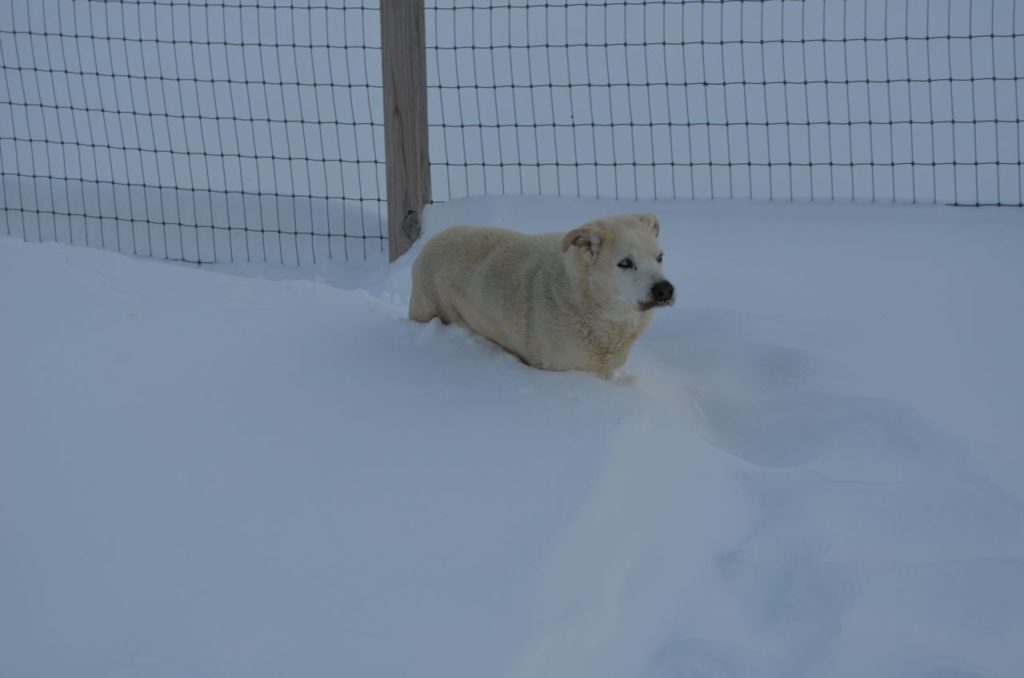 One of our blog readers had recently asked how Travis was doing, and in a word: Great! I took that photo late yesterday afternoon after I let him?outside to do his business. Periodically I do a “mouth check” to see if he’s still maintaining all the progress we made during his jaw-opening procedure in 2013. Last July I had posted a photo showing me able to stick two fingers into his mouth, which meant there had been no?decrease in the opening since his procedure and subsequent oral surgery, and this after being off all medications for quite a while. Well, here we are several months later, and his mouth remains just as open. Yesterday I stuck my fingers into his mouth yet again, and had the same wide access I’ve always had when I check him. That’s?really kind of amazing, because we had expected to lose at least a little function along the way, but he’s still 100%. Of course, he isn’t sure why I keep sticking my fingers in his mouth, but he remains a good sport about it.

Blog housekeeping note: I’m going to shift to a “Monday morning blog” schedule for at least the next few months. In winter I just don’t have as much material as I do the rest of the year, so I’m going to do the once-a-week blog post for a while. I may make exceptions if there any new developments that I need to update you on?in any given week, but for now, expect to see a weekly post.