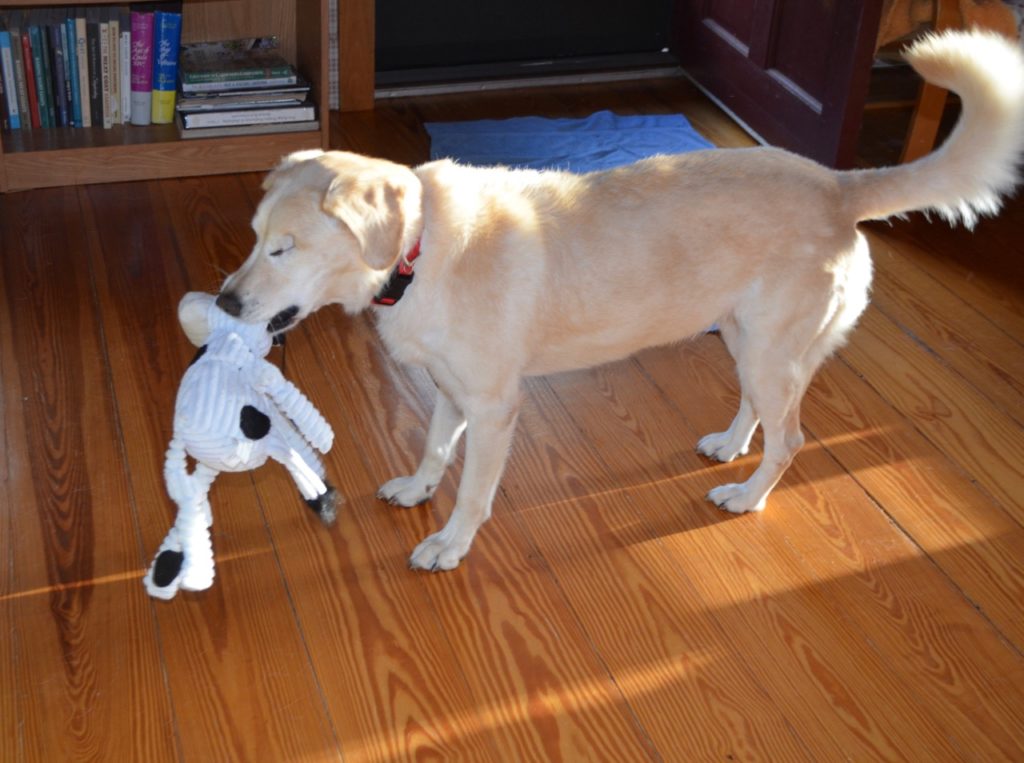 Just a quick update on this beautiful girl: At last Wednesday’s re-check with our veterinary ophthalmologist, Dr. Sarah Hoy, we learned — as I had suspected in the previous blog post — that more of Millie’s retina had detached, which is why her loss of vision had become even more noticeable. So the only?option was retinal reattachment surgery, which is done by just’seven veterinary ophthalmologists in North America. It’s a very difficult, time-consuming?procedure (3 to 4 hours under anesthesia), and you can read more about it here.

Dr. Hoy had already discussed Millie’s case with the nearest veterinary ophthalmologist who does this procedure, in New York, and she recommended I talk with him further. I spoke with him on Wednesday evening, he spoke with Dr. Hoy again on Thursday, and on Friday afternoon I had another conversation with him. In the end, we decided not to pursue the surgery because Millie was a high-risk candidate … high-risk in this case not to her health, but to the long-term success of the operation. That’s because her eye pressure was now so low that the New York ophthalmologist was concerned about her eye shrinking in time, causing her retina to lose function.

He told me he was 90% confident he could successfully re-attach the retina, but he was worried that the low pressure in that eye could mean a disappointing outcome in the end. He said both he and Dr. Hoy considered this a “hail-Mary pass” for Millie, and thus he couldn’t encourage us to do it. He said he would do it if we wanted to, and he would find time in his schedule to do it (the surgery needs to be done within a month of retinal detachment, so we only had about a week left) … but he concluded, “I don’t want you to come all the way down here for this, only to end up disappointed in the result.”

It was clear that we wouldn’t put Millie through the procedure if the outcome was this uncertain, so I thanked him for his time, his graciousness and his willingness to help us.

Millie, of course, knew nothing of these conversations, and continued to be a happy go-lucky girl despite the total darkness she was now dealing with. I took that photo above this afternoon. She had just discovered a Holstein cow squeaky toy and was?parading it around the house.