You are here: Home / Dogs / Millie and Tanner 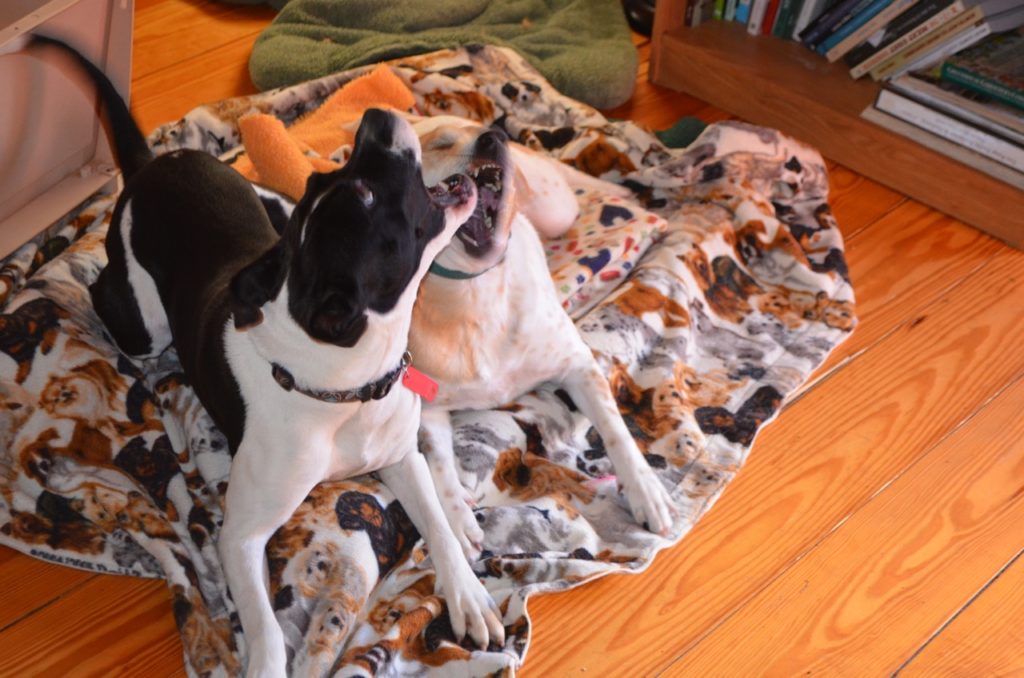 I was overdue for posting some photos of our new arrival, blind Millie, playing with the Camp Social Director, three-legged Tanner. I took this first set of photos before she had her eye surgery. Tanner definitely prefers roughhousing with her on the floor inside, as opposed to doing it standing up and running around outside. Her four legs and agility puts him at a disadvantage, and she’s very physical — it’s very much a contact sport with her, because she will throw herself at Tanner, rear up on her hind legs, front legs boxing outwards. It’s all a bit much for Mr. Tripod.

Thus?he tries to stay ahead of her when they’re outdoors, and he finds indoors on the floor to be a much more level playing field, so to speak! 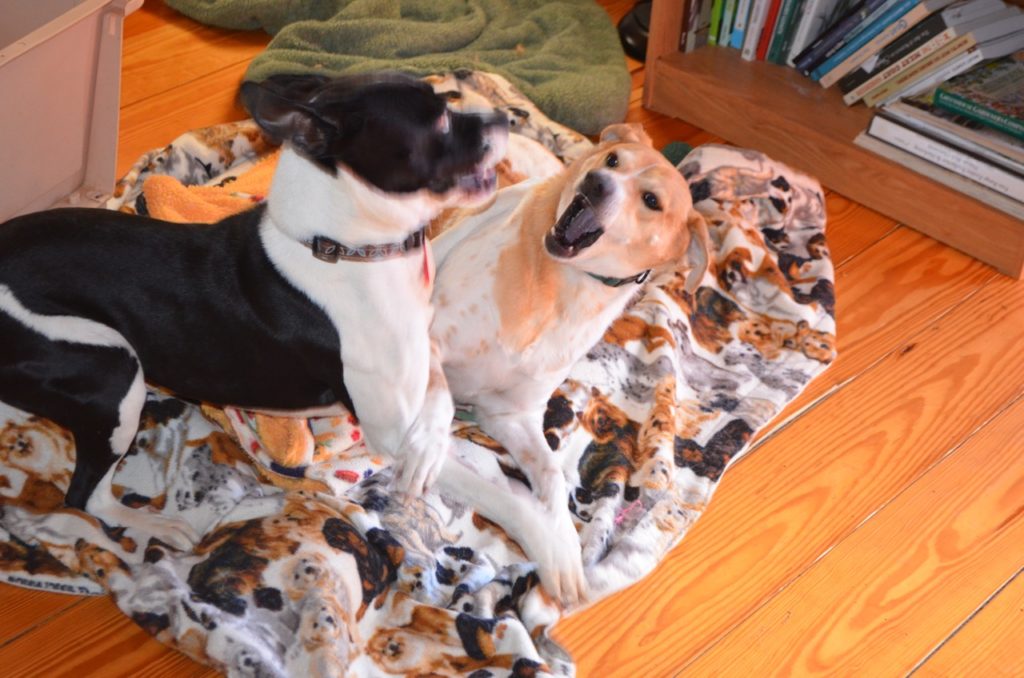 You’d think from looking at these photos’that this had to be a rowdy, noisy contest but in fact it was very quiet — just muffled growls and squeaks and snorts. 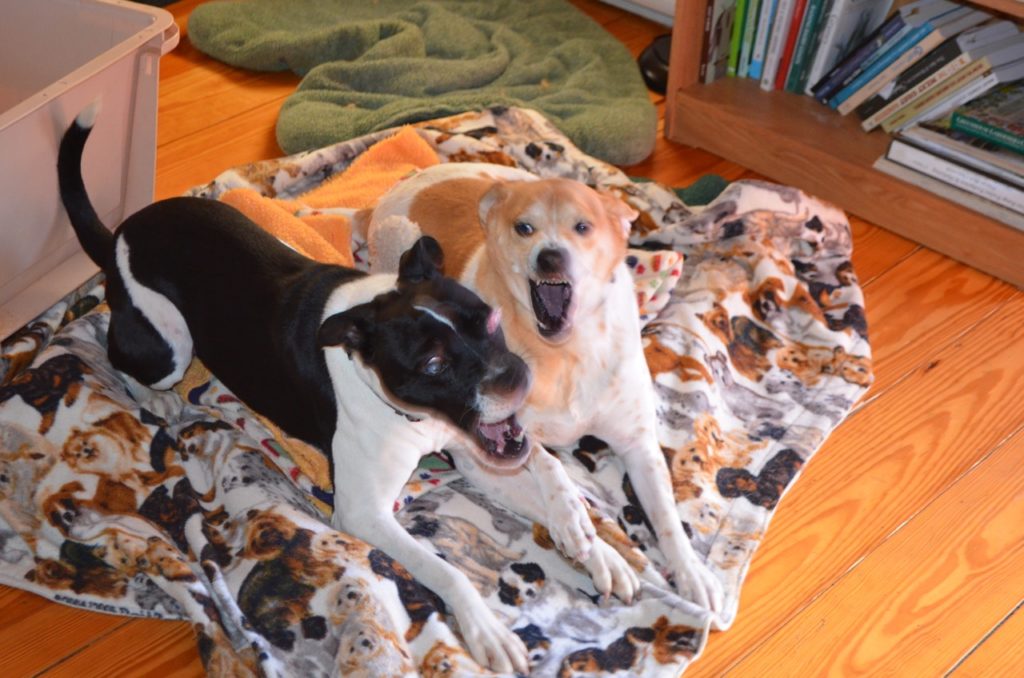 This next one is clearly the “in-your-face” moment: 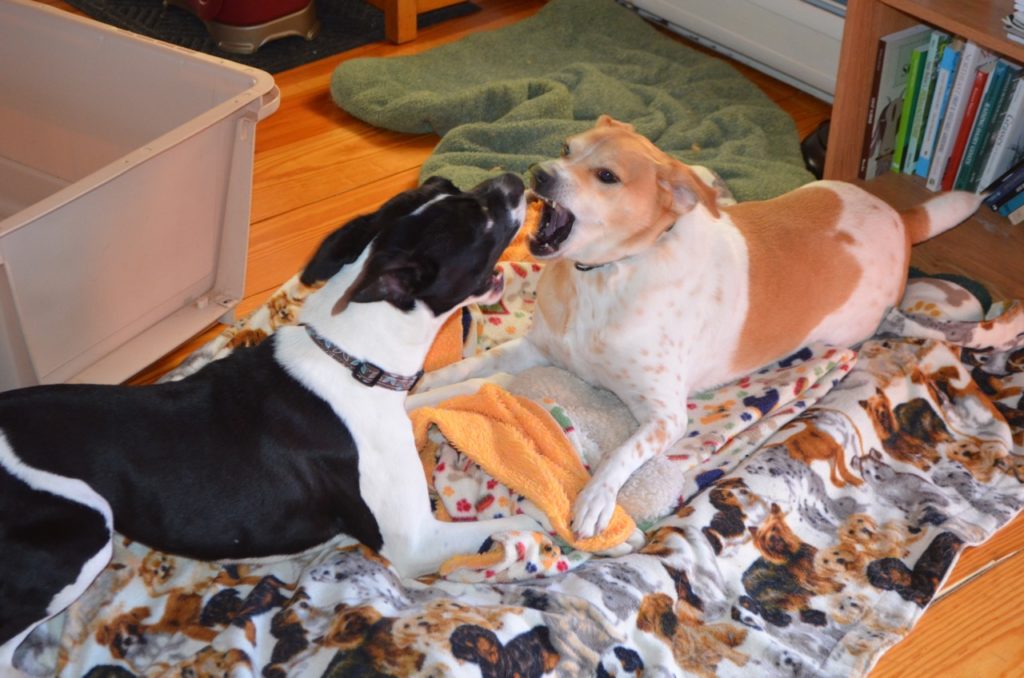 Then, this past weekend (and post surgery) Millie discovered the soft squeaky toys: 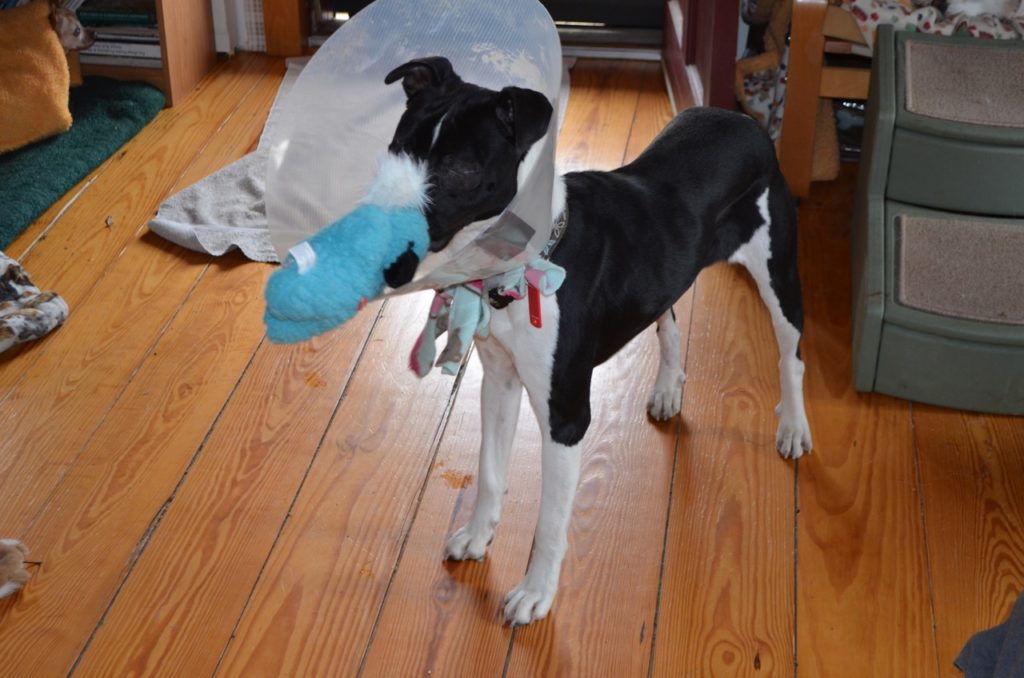 When Tanner saw me get the camera and start taking photos of her with “his” toy, it was all too much for him. That’s because 1) he needed to be the photo (he’s the original camera hog) and 2) he wanted to show he could get the’toy back: 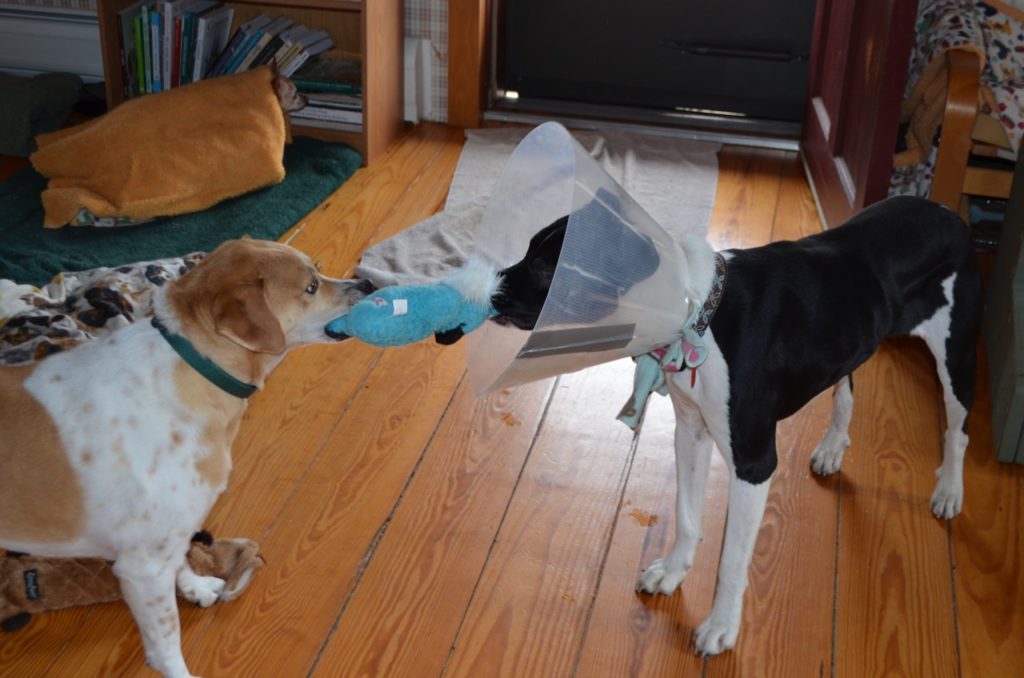 Yes, he got it in the end, but she put up a determined fight to hold on to it. (Yes, there are plenty of other toys in the house, but that’s not the point!)

Last bonus photo?–?Millie has been trying out the various chairs in the living room: 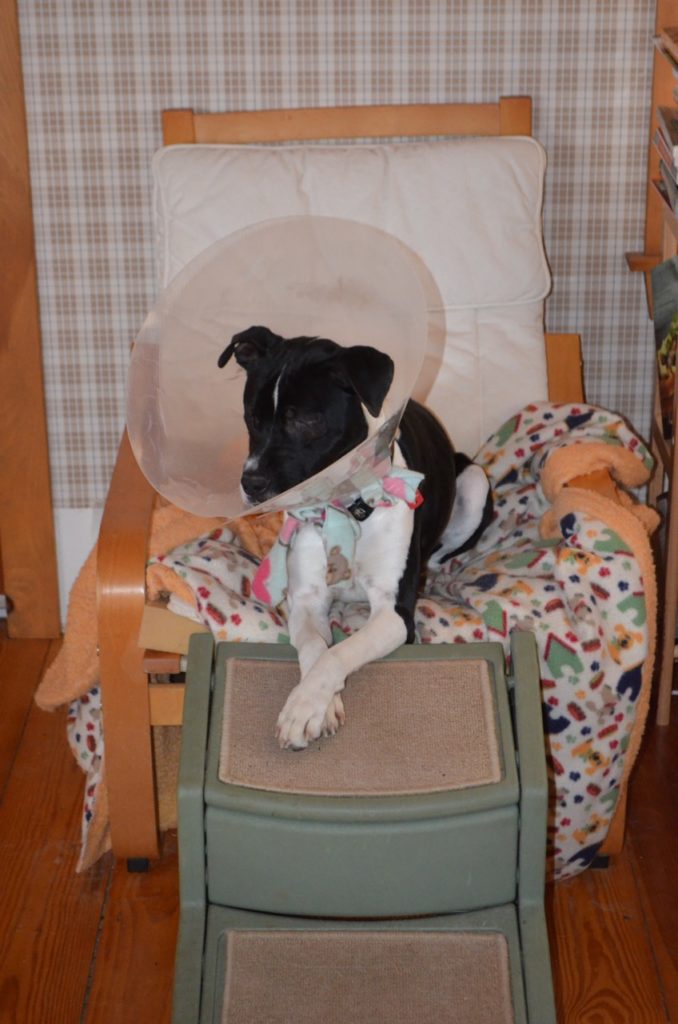