You are here: Home / Meet the Animals / Wilbur the one-eyed Chihuahua

It was the week after Christmas in 2011 when an animal control officer found a little stray dog on a street in Garland, Texas. One eye was gray, bulging and blind, while the other eye was mostly blind. His mouth was full of rotting teeth. A rescue group saw him at the shelter and asked if we could take him. This is what he looked like in his cage there: 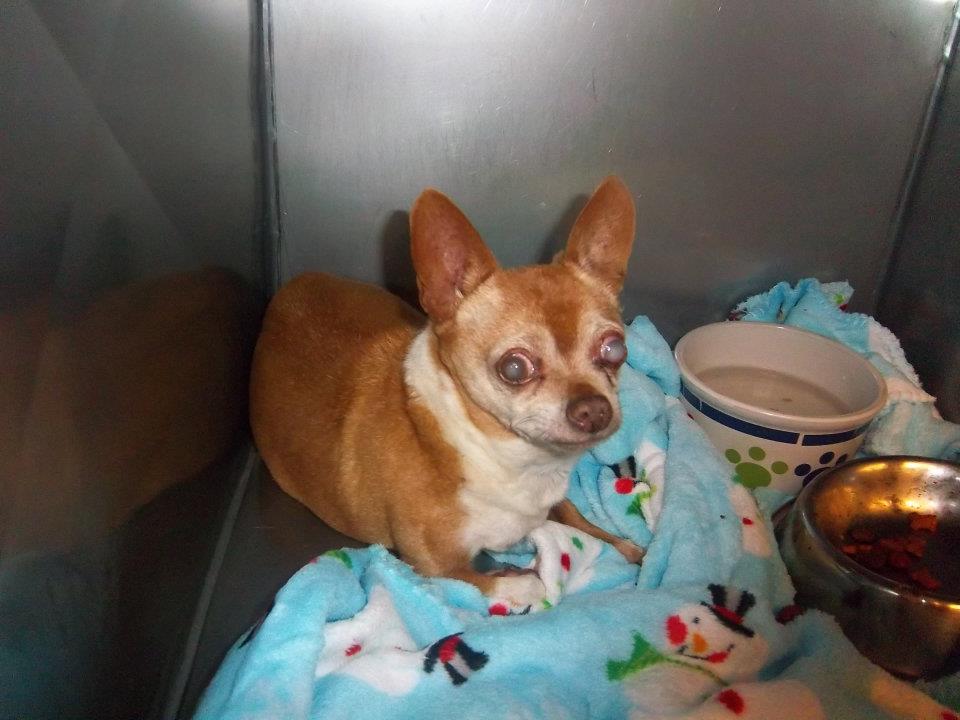 Once Wilbur arrived here, our vet did a complete dental. By the time it was over, he had only six teeth left. That’s when Wilbur’s tongue started sticking out, giving him an endearing look.

Next we took him to our veterinary ophthalmologist, Dr. Sarah Hoy. She found Wilbur’s blind eye had burned out? from untreated glaucoma (ouch!) and should be removed. Wilbur’s other eye had a cataract, but surgery wasn’t possible because the lens was loose and cataract surgery would have dislodged the lens. Synthetic lenses weren’t available for a dog as small as Wilbur. Here’s Wilbur with Dr. Hoy while her vet tech Patty holds him for the exam: 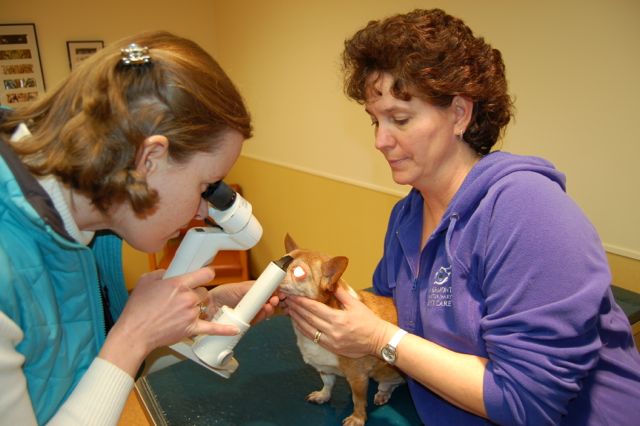 The only way to keep Wilbur from going blind was to remove the lens. This would eliminate the cataract but also make him far-sighted, yet it would preserve vision in that eye.

Wilbur was a model patient after surgery. He wore a cone on his head for weeks and endured months of daily eye drops and medications without any complaining. 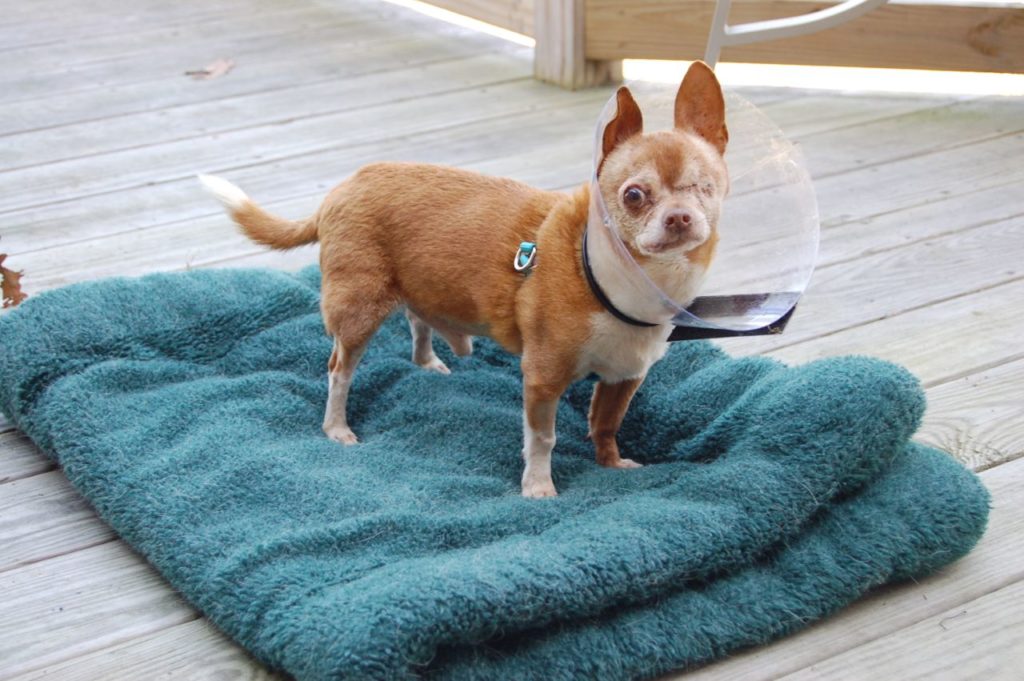 He was always so happy to see us — his tail would start wagging like crazy — until he realized we were about to give him more eye drops. Then his tail would suddenly droop.

After he recovered, Wilbur was determined to spend as much time as he could outside. He especially enjoyed soaking in the early morning sun before we let the other dogs out. We don’t know if he?d spent his life in an apartment, but he couldn’t get enough of the outdoors. Wilbur would sit in the sun and look around, taking it all in: 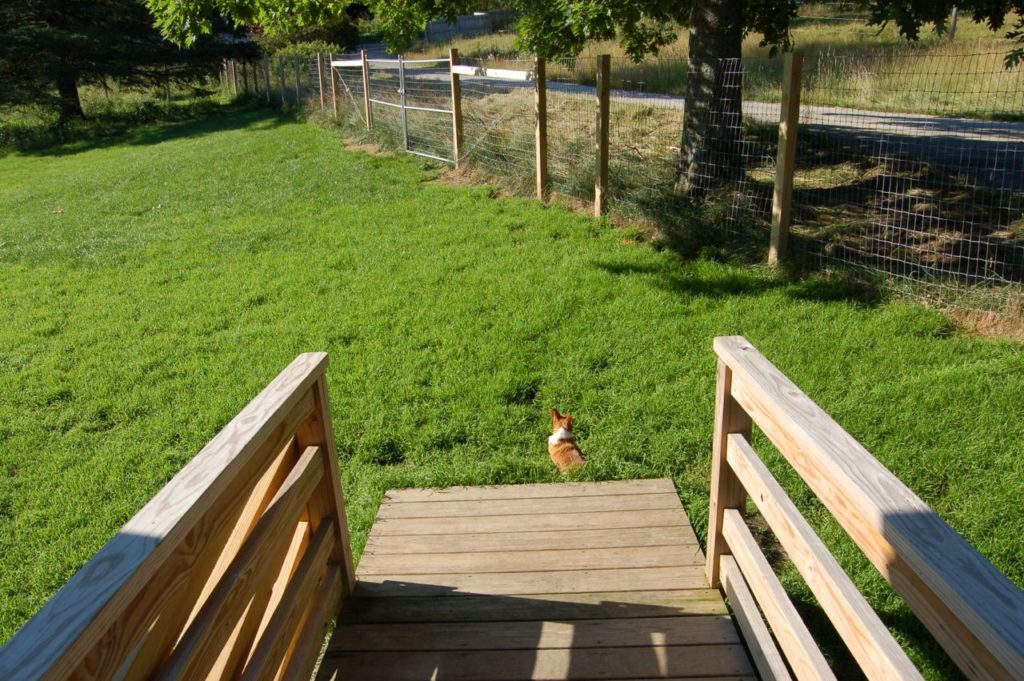 When inside, though, he found his rightful place: A laundry basket that had been Dexter the Dachshund’s favorite bed. We had turned the basket on its side so a gimpy Dexter could enjoy it without having to jump into it. Alas, this made it perfect for Wilbur, who claimed it as his own — as you can see: 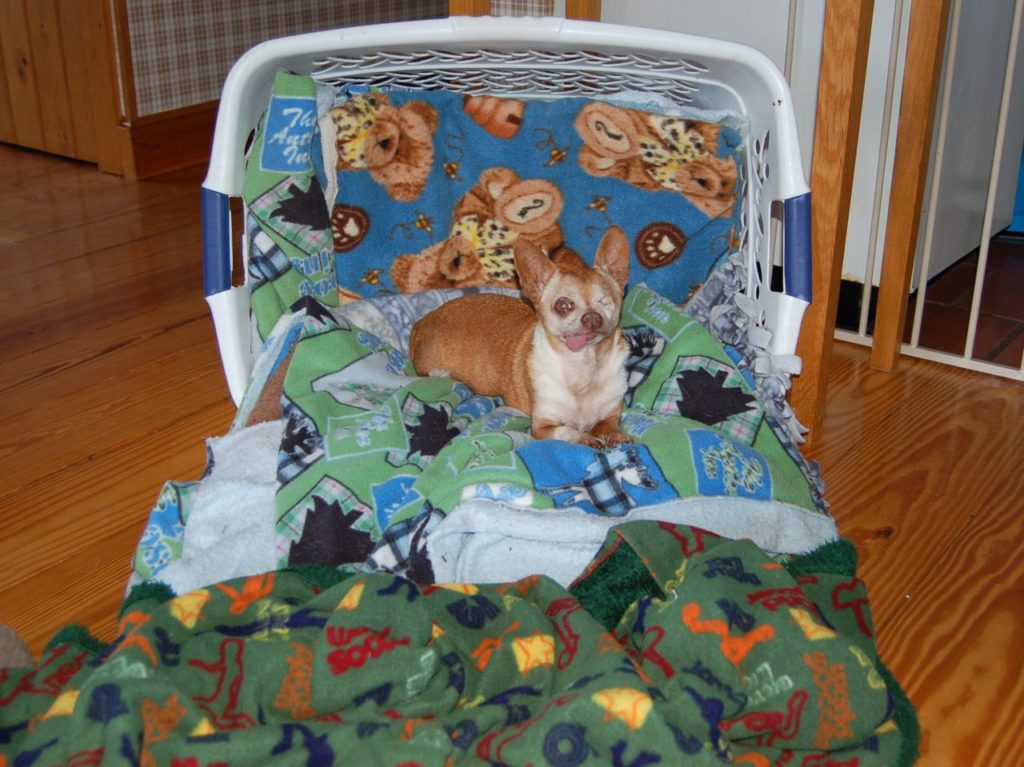 We called it Wilbur’s throne, as in King Wilbur. To paraphrase an expression: In the land of the blind, the one-eyed dog is king. His throne also happens to be next to the kitchen, which Wilbur regards as a natural extension of his kingdom. Good things happen there. It’s best to keep an eye on it, especially if you only have one eye.

Of course, being able to see doesn’t mean you still can’t get yourself into a bind. One day Wilbur managed to get himself stuck coming out of a hole in a fleece blanket. Dexter was on hand to witness the royal predicament: 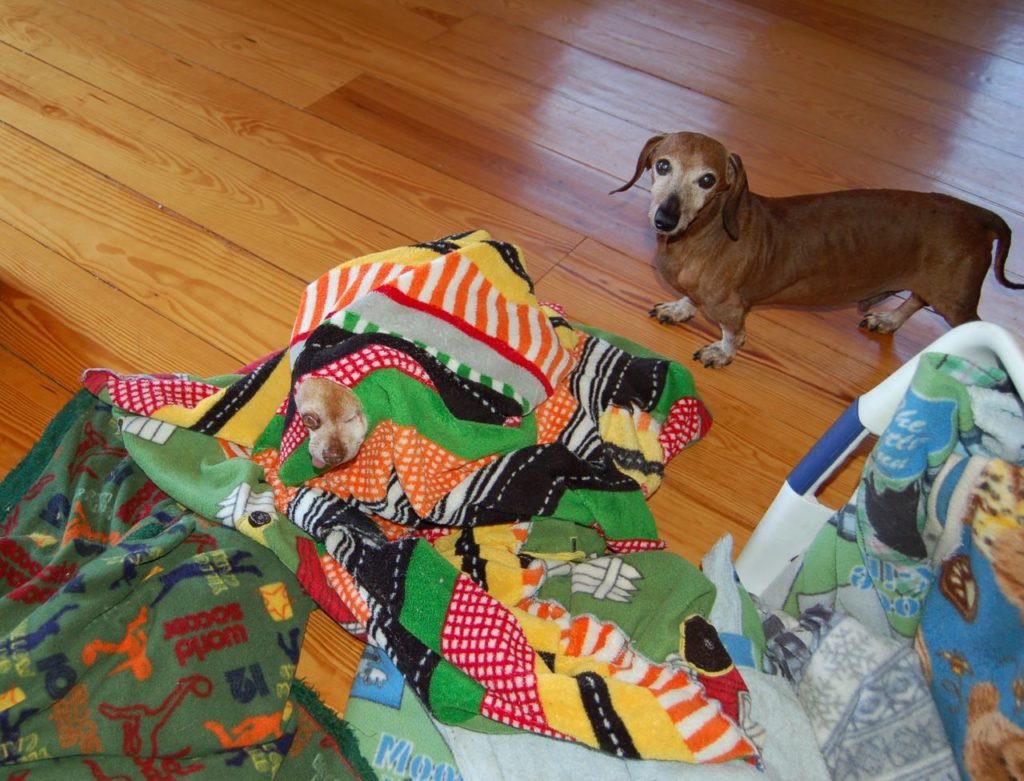