You are here: Home / Meet the Animals / Bugsy the blind dog 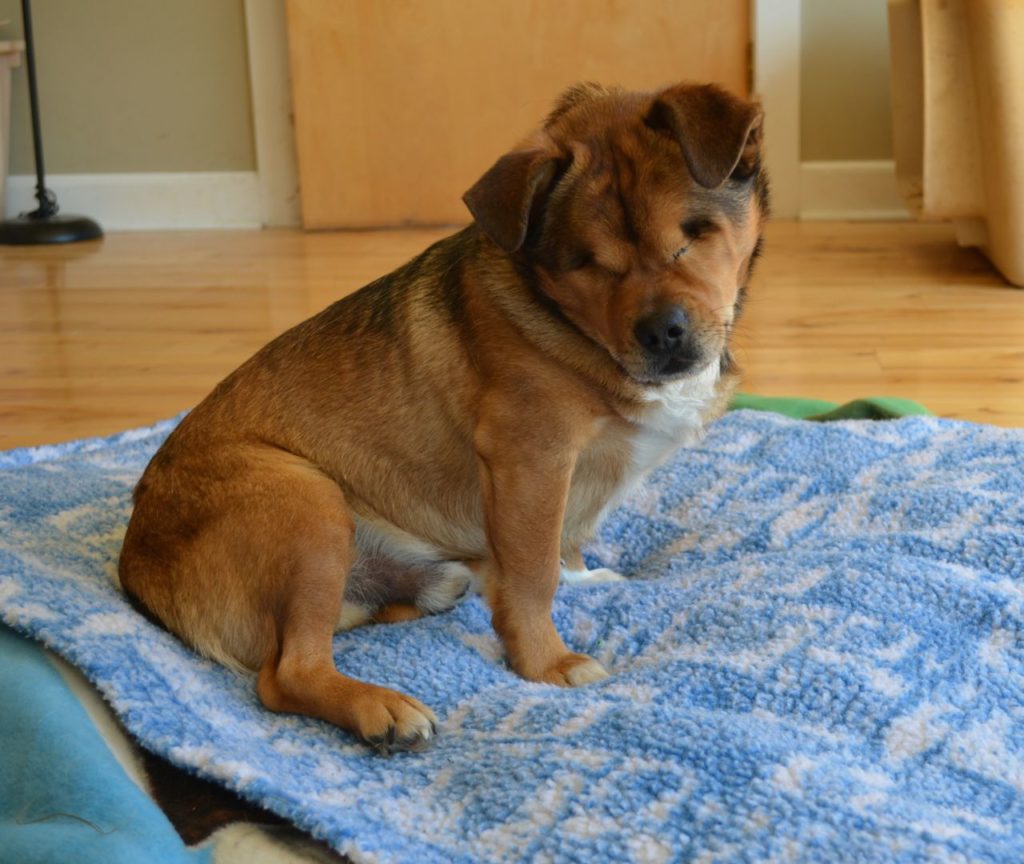 Bugsy was a dog who once trusted people, only to have his trust brutally shattered. He learned to have faith in people again. But in a moment of panic just thirty minutes after arriving here, Bugsy abandoned it and turned on us. It was a terrifying experience, and suddenly we couldn’t trust him. Yet there’s a very happy ending, because together we learned to trust each other.

We knew Bugsy had suffered enormously before coming to us. His eyes had literally been knocked out of his head from trauma. Someone had called animal control in a North Carolina town to report they had found Bugsy in their yard, with his eyes hanging outside the sockets. Really. We saw the gruesome photos.

Bugsy was in a vet clinic for surgery when we were asked to take him. He then spent a few weeks with a wonderful foster family who doted on him. They described Bugsy as a lovable cuddlebug, and sent photos of him sitting on their laps. The transport driver who picked him up for us said what a sweet and adorable dog Bugsy was.

After we unloaded Bugsy and let him wander around the front yard for a bit, Alayne went out to bring him into the house. That’s when he attacked. With no warning, Bugsy lunged at her, snarling, teeth bared. She retreated but he kept coming. Alayne managed to stay just one step ahead, and fled into the house, stunned.

After a couple of days of this, we called a veterinary behavior medicine specialist for help. She thought the horrific injury, combined with too much change, had overwhelmed Bugsy and led to fear aggression. She gave us a plan to follow.

One thing we had already done was put another blind dog, Willie, in the yard with him so Bugsy could model Willie’s I-love-people? behavior. As the days ticked by, Bugsy became more comfortable, but still spent most of his time in the crate. At least he was no longer growling at us.

Then we added another dog, Louie, to the mix. We could see Bugsy sitting in his crate, head cocked, listening to the happy sounds of Willie and Louie eagerly greeting us at the gate. Bugsy stopped retreating into the crate whenever he heard us approach, and began staying outside in the yard while we were there — though he’d keep his distance.

The breakthrough finally came weeks later when Steve was in the yard making over Louie. Bugsy was nearby, listening to the sound of a joyful dog being loved. And he wanted to be loved again. Slowly, Bugsy crept closer and closer, until he was finally resting against Steve’s leg. Carefully, Steve reached down to pet him, and Bugsy rolled over so he could scratch his tummy. Exposing the belly makes a dog very vulnerable. This was his way of showing he trusted us.

From then on, he began to seek us out for some loving. He’d lick us. He’d wiggle and get excited when he’d hear us coming out of the house. Now there were three very happy dogs at the gate.

As for that rolling over? Every morning when we open his crate, Ellmore Bugsworth III — as we sometimes call him — rolls over so he can get a good tummy scratch before going outside. It’s just how he likes to start the day: 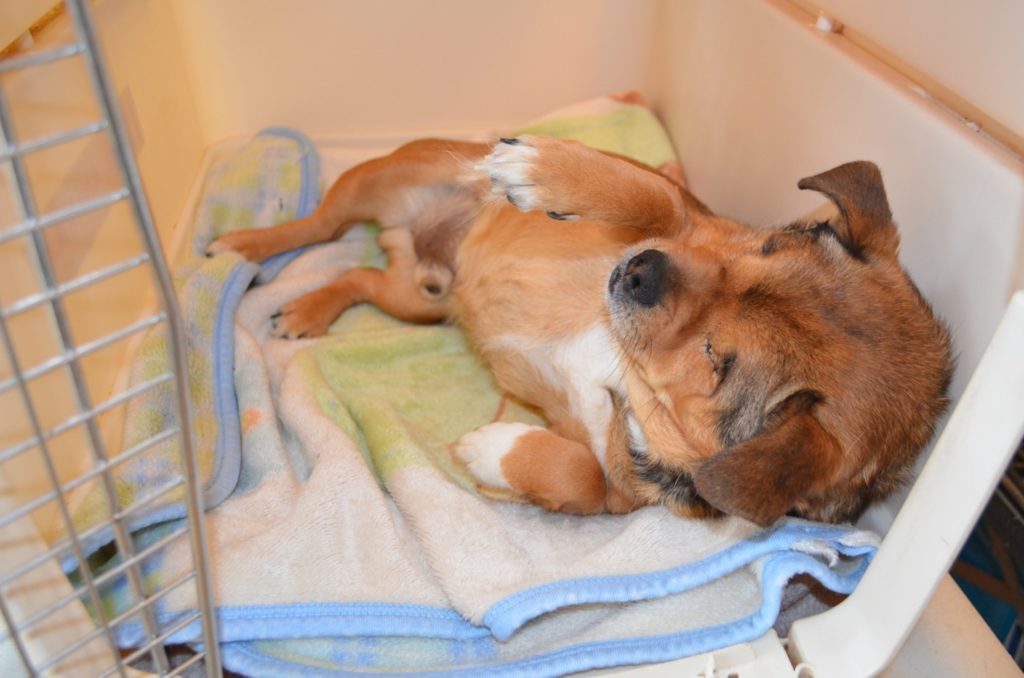