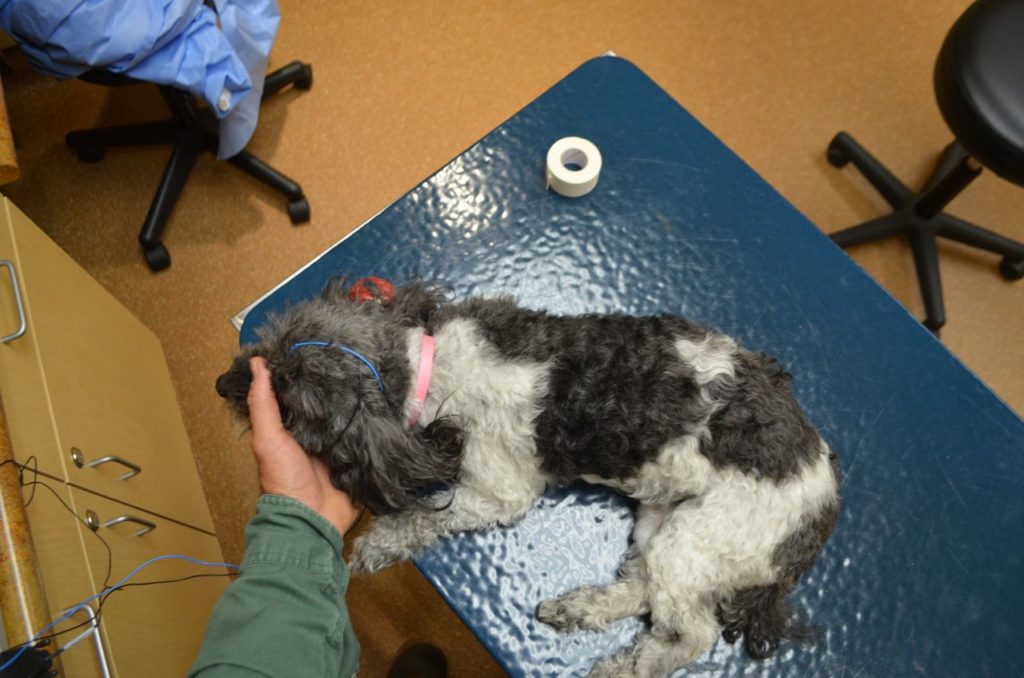 I took blind Mabel, who recently arrived from Texas, to Peak Veterinary Referral Center in Burlington last week to see?our veterinary?ophthalmologist, Dr. Sarah Hoy. We knew she had mature cataracts as well as?dry eye, or KCS, for which we are treating her with daily eye meds, but we wanted a thorough eye exam and possibly an electroretinogram (ERG) to test her retinal function. Sometimes behind thick cataracts there are still working retinas, which means the dog could be a candidate for cataract surgery to restore vision.

During the initial eye exam Mabel seemed to have some dazzle response — not fully but still noticeable — meaning her eyes reacted to light. This meant an ERG was worth doing. I took these photos while Mabel was wired up to the ERG machine. We were short a vet tech that day so I was also holding Mabel while Dr. Hoy’s tech Patty ran the equipment, hence the one-handed camera work. There are two probes that are inserted under the skin — one on the top of the skull (the black wire) and the other between her eyes (the blue wire). During the actual ERG test there’s a third wire (a red one) that connects to an “eye cup” that is placed on the surface of the cornea, and this is what flashes the light into the eye. 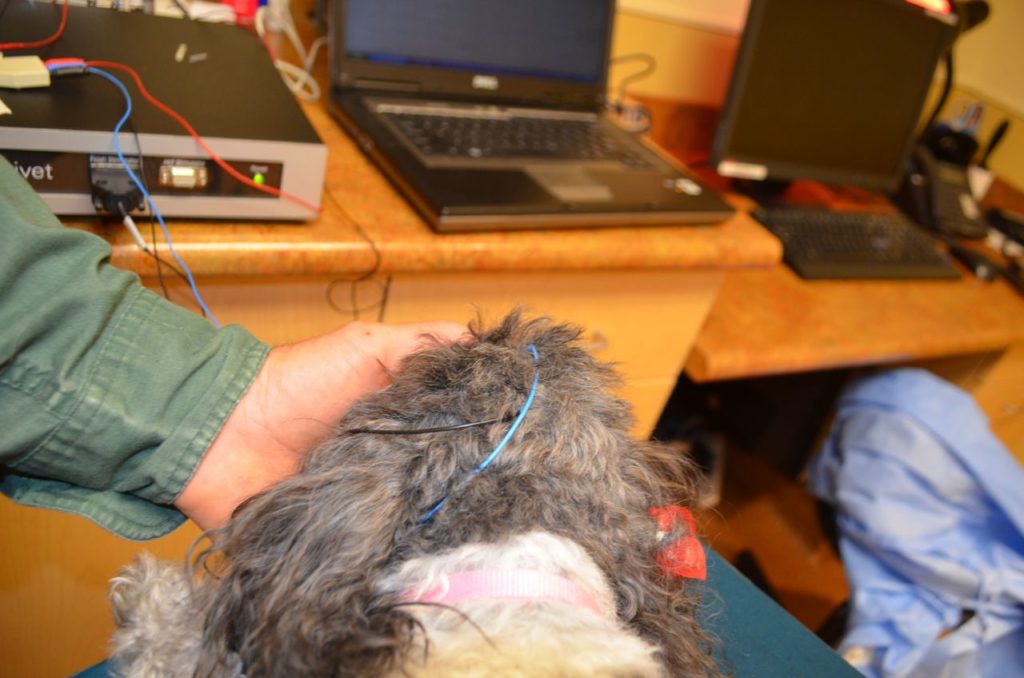 The machine on the left with the green light is the ERG device; the results in graph form are projected on the laptop on the right.

Unfortunately, despite the initially encouraging dazzle response, the ERG test revealed her retinas are not working. She pretty much flat-lined, as you can see here: 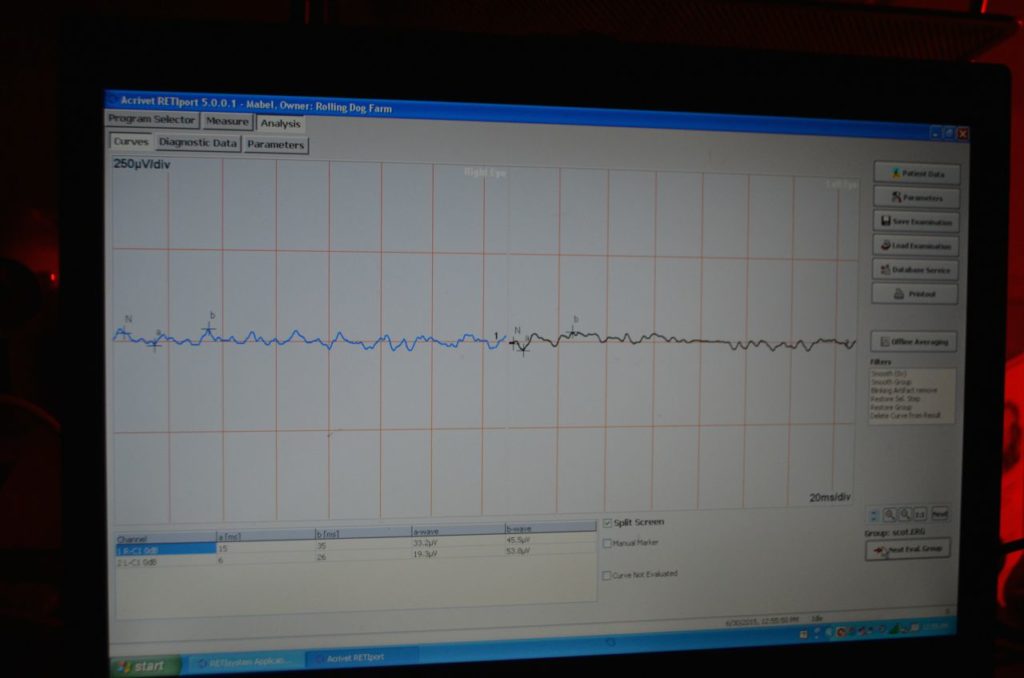 Not good news, of course, but at least we know for sure. Mabel was a wonderful little patient, holding still during the entire exam and procedure and never complaining. In fact, I think she fell asleep briefly on the exam table after we finished the ERG! I was just stroking her quietly and realized she was suddenly taking a nap.