You are here: Home / Dogs / Losses 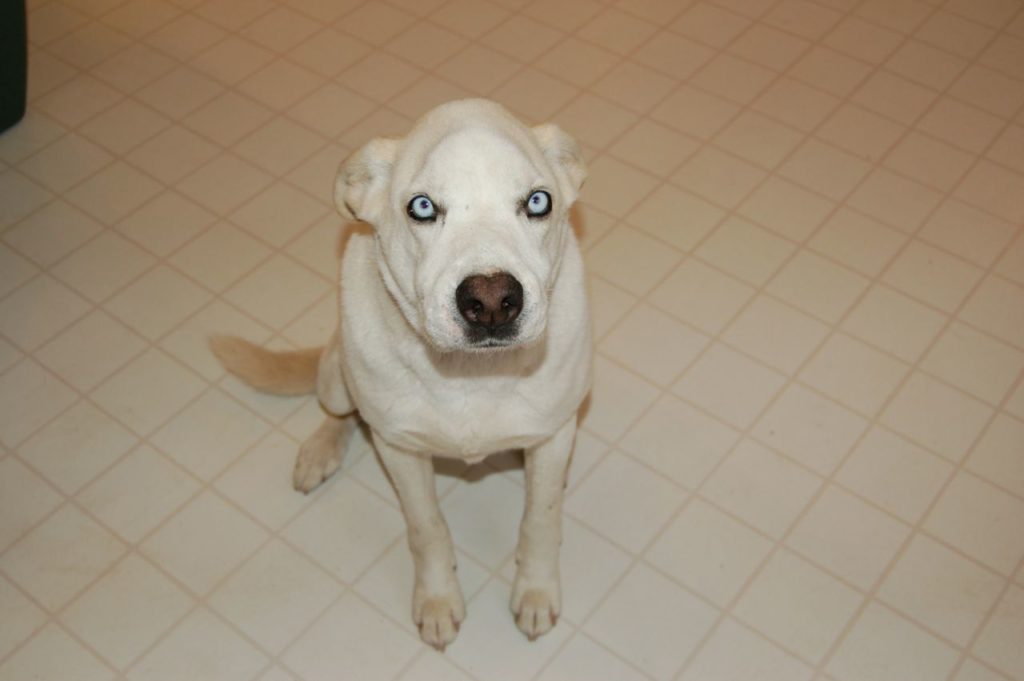 We’ve had a rough stretch here … we’ve lost a dog in each of the last three weeks, all of them our most senior ones.

The first was Travis, who you see above in a photo taken several years ago at the ranch in Montana. He had come to us from a Washington state shelter in 2003 with a fused jaw from a rare muscle disease. He was already an adult dog when he arrived, so while we don’t know his exact age, he had to be at least 15 years old by now. He was losing control of his?back legs, and he had developed some doggie dementia, and we knew the time had come. You can read his story and see photos of his antics?here. We will always remember those images of him jumping the?fences in Montana: 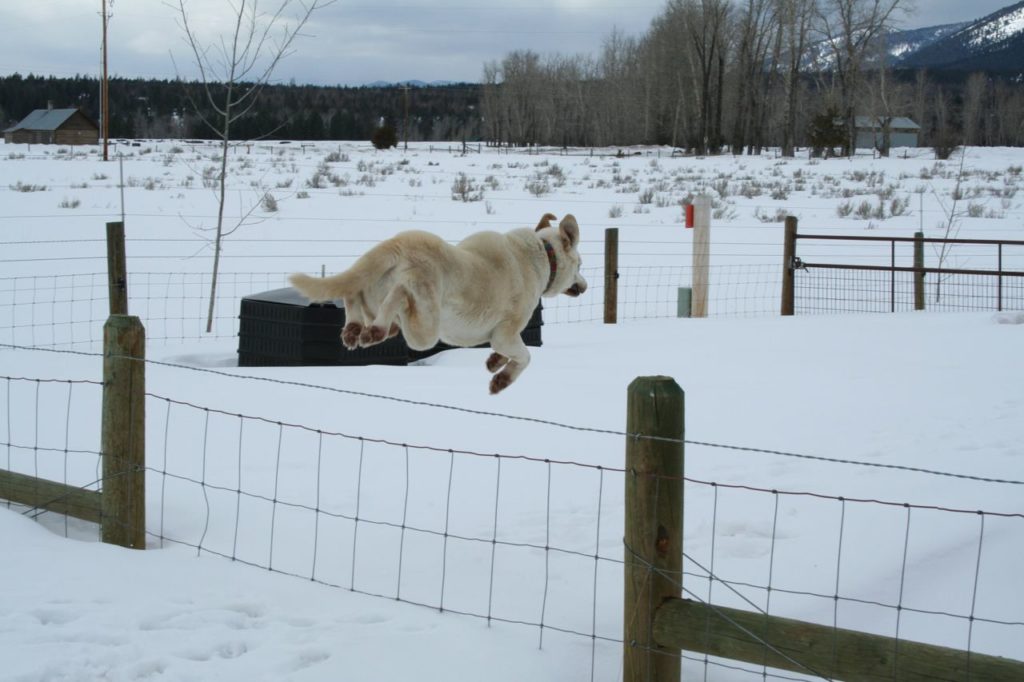 Two weeks ago, we had to say goodbye to deaf Esther, who we always called Mopsy. We knew she was already an elderly girl when she arrived from an upstate New York shelter, but in the past six months’she had really gone downhill. You can read about all of her medical issues here. She had rebounded after we took her off the seizure medications last year because of the side effects — and ironically, the seizures never came back. Alayne spent the last few months nursing her along, trying to ensure as much quality of life as possible. But eventually Mopsy began to struggle to get up, and while we did a lot of lifting and carrying,?we reached the point where she didn’t have the strength or coordination any longer’to manage on her own.

In truth, we had her longer than we thought we would, so we were grateful for the extra time we got to enjoy with her. Here’s how we will remember her, happy and barking to let us know just how happy she was: 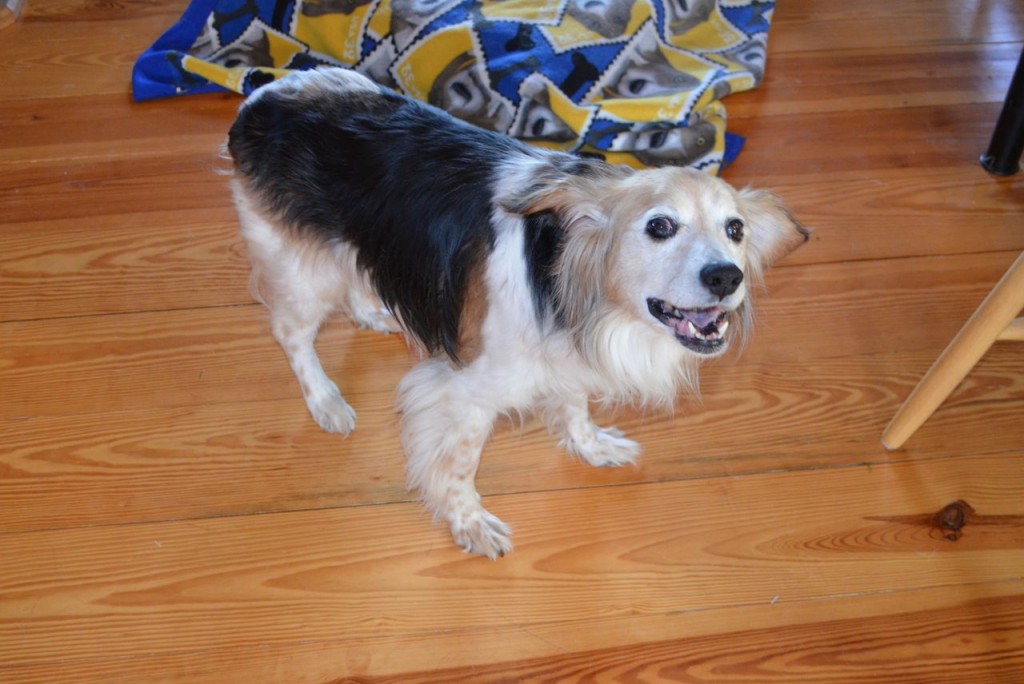 Last week came Wilbur, a larger-than-life little character who had also come to us as a senior back in 2012?from a Texas shelter. He made frequent appearances on the blog, and he had a personality that dwarfed his size. He was bossy and demanding in a tiny 8 pound package of adorable cuteness. His attitude was such that he was never overshadowed by any of the much larger dogs here. In his first couple of years with us he went through many medical procedures, including eye surgery and later, bladder surgery. Through it all he was a wonderful patient. A few months ago I did an update on him in a blog post titled “Creaky One” — you may remember this photo: 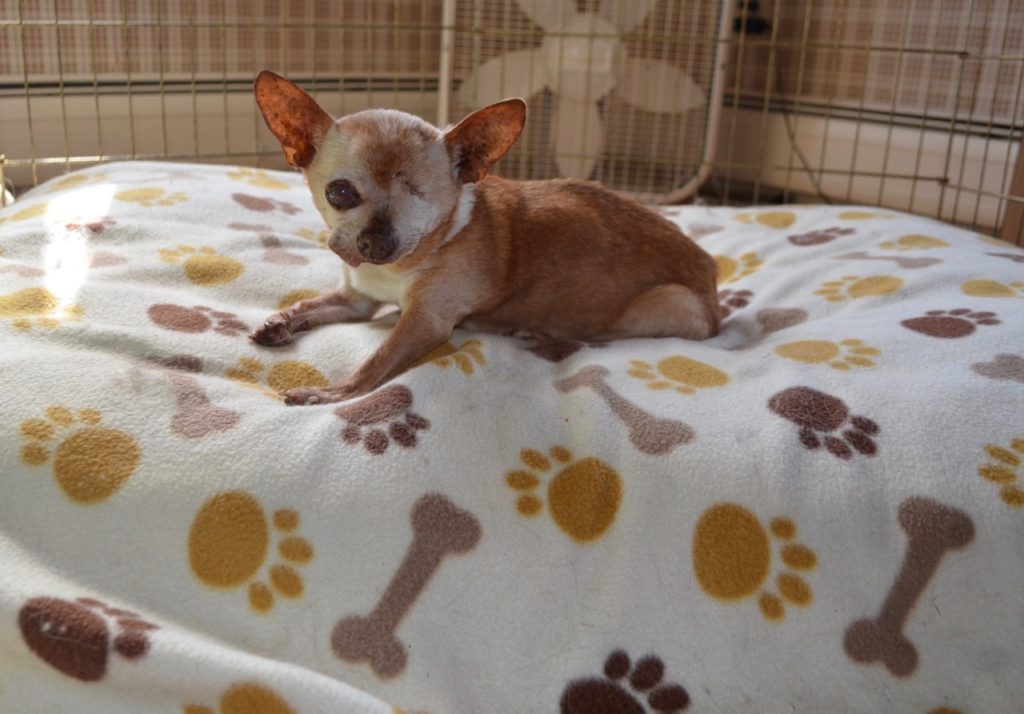 At that point we knew we were not too far away from having to say goodbye to him. Indeed, over the summer his advanced age eroded his health further. Last Thursday, when our primary care veterinarian came out to the farm for the annual health exam and vaccination day, we had her euthanize Wilbur here at home. Alayne and I were both caressing him when he slipped away. Here’s one of our favorite photos of’the little tyke, waiting for Mopsy to finish her dinner so he can move in and clean up what’s left (and notice how he positioned himself ahead of Darla!): 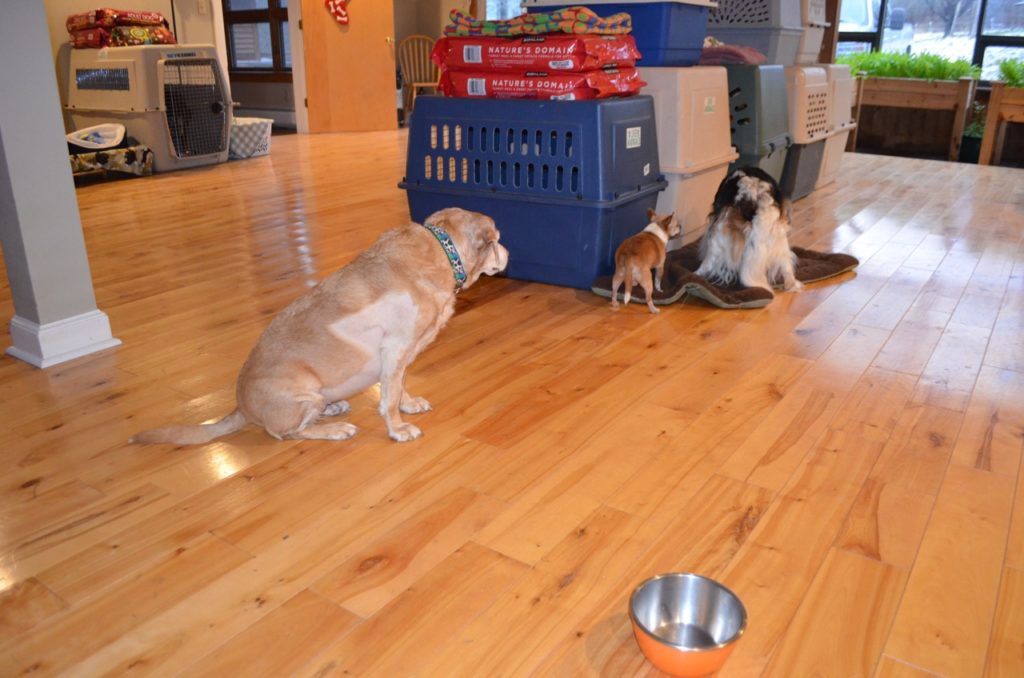 Each of these dogs had his or her own unique character and personality, and each loved the life they got to enjoy with us. That’s all we can ask for.