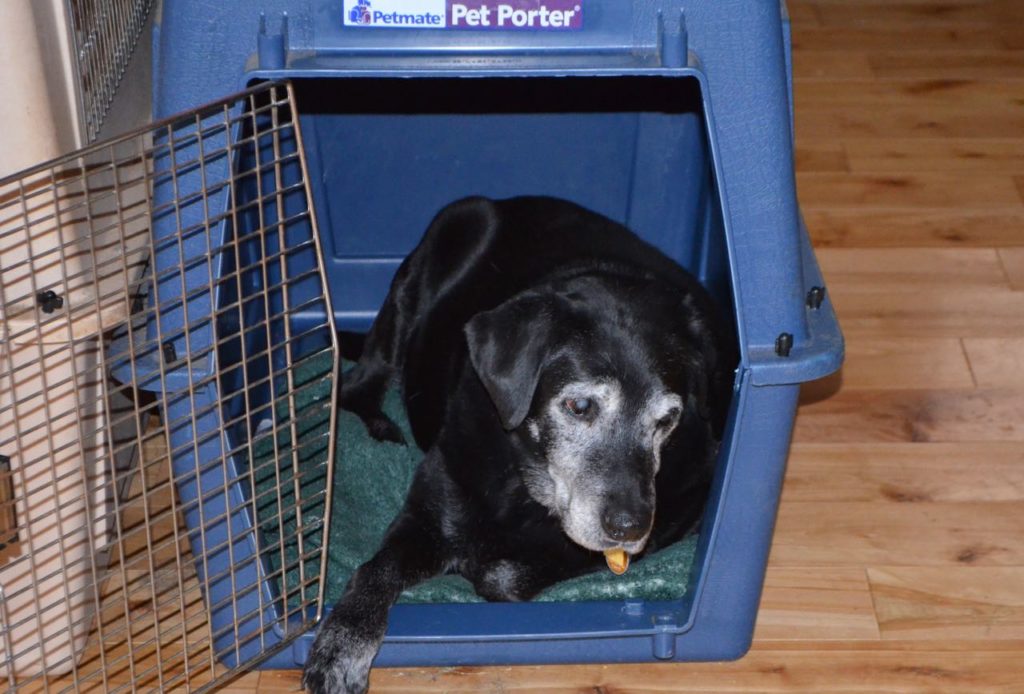 First, I just wanted to thank everyone for their wonderful?comments on the blog post about losing dear Fletcher. We really appreciated all your support. I wanted to share one comment in particular that came in a few?days ago from Sheryl N., who works for the neurology service at the Dogwood veterinary hospital. I spoke with Sheryl several times on that difficult day, and she was as kind and helpful as anyone I’ve ever known. I knew then that Fletcher was in loving hands in his final hours:

I had the pleasure of meeting this precious soul as we were his last stop. I cried for him knowing he would never know just how wonderful his life would have been with Steve and his team at Rolling Dog Farm. I know he runs free and painless now over the bridge and is loved still. Thank you Steve for what you did for him and all those involved in trying to save this sweet pup.

On a happier note — and after that week, we needed one! — I have another installment of our continuing series featuring?large dogs trying to squeeze themselves into small spaces.

Even though blind Stella is free to hang out in the living room, she usually prefers to stay in the dog wing at the other end of the house. While there are several large beds on the floor, for some reason she likes to nap in’the smaller crates in the room. Every day we will find her sleeping in another one, always sized for a dog much smaller than she is. Stella is a very big girl — 80 lbs or so — and she has a giant crate of her own to sleep in at night. That crate is also right there in the dog room, with the door to it wide open. Meaning she could take her daytime naps in it if she wanted. But, she’d rather?work herself?into the smaller crates.

In the photo at the top, she’s in Bugsy’s crate. In this next one, she’s in Tanner’s crate: 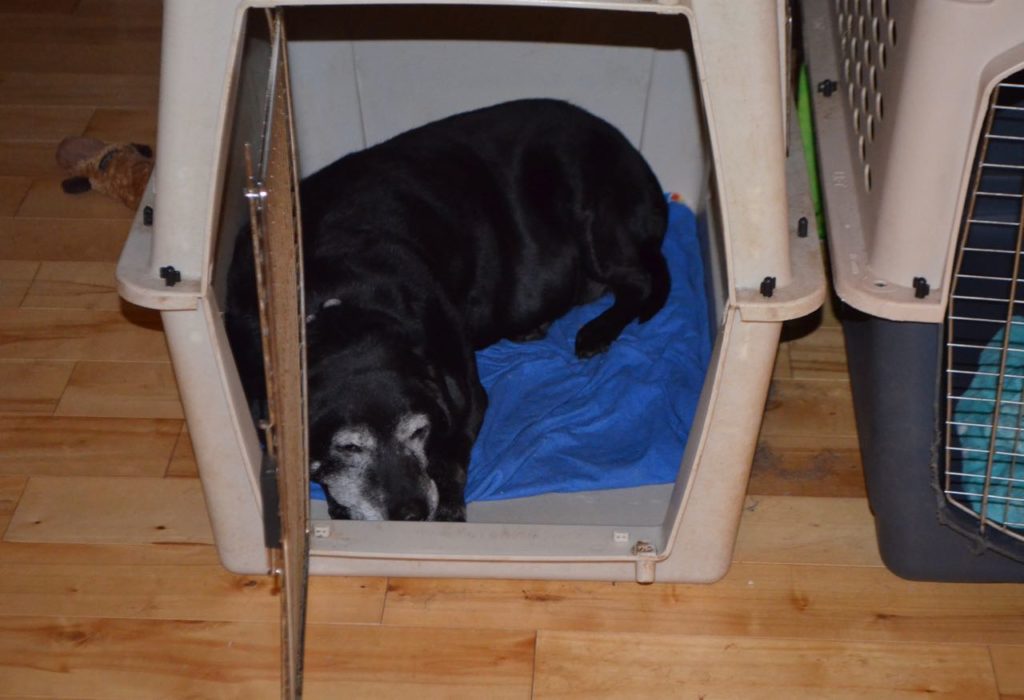 Followed by Sophie the Dachshund’s crate: 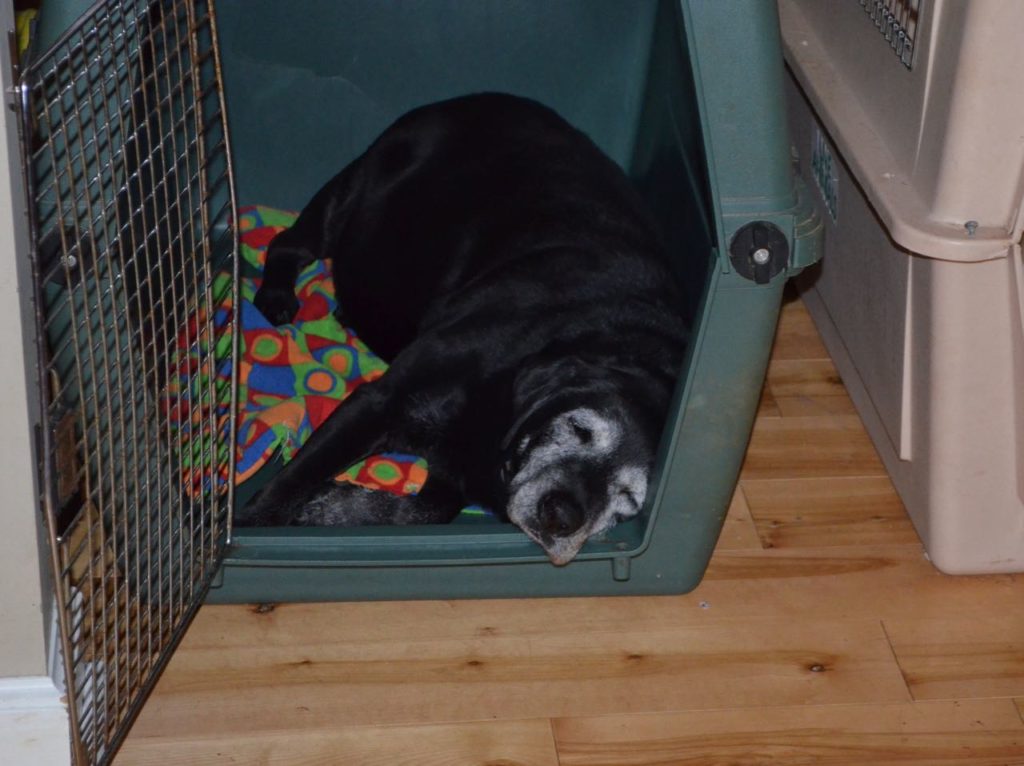 Here she is in Taco’s crate: 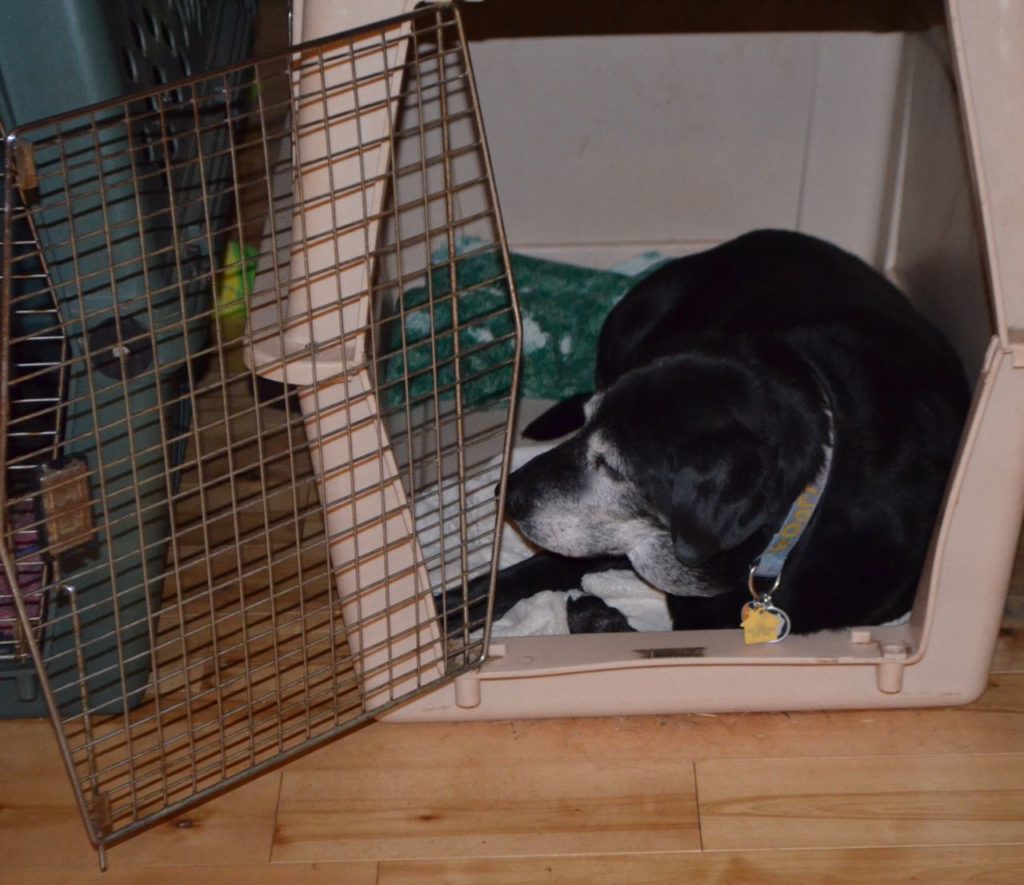 Finally, she must have heard something from blind Allie the Lab about the laundry basket a couple of weeks ago, because for the first time ever, this weekend we found her squeezed into it — and she’s a lot bigger than Allie: 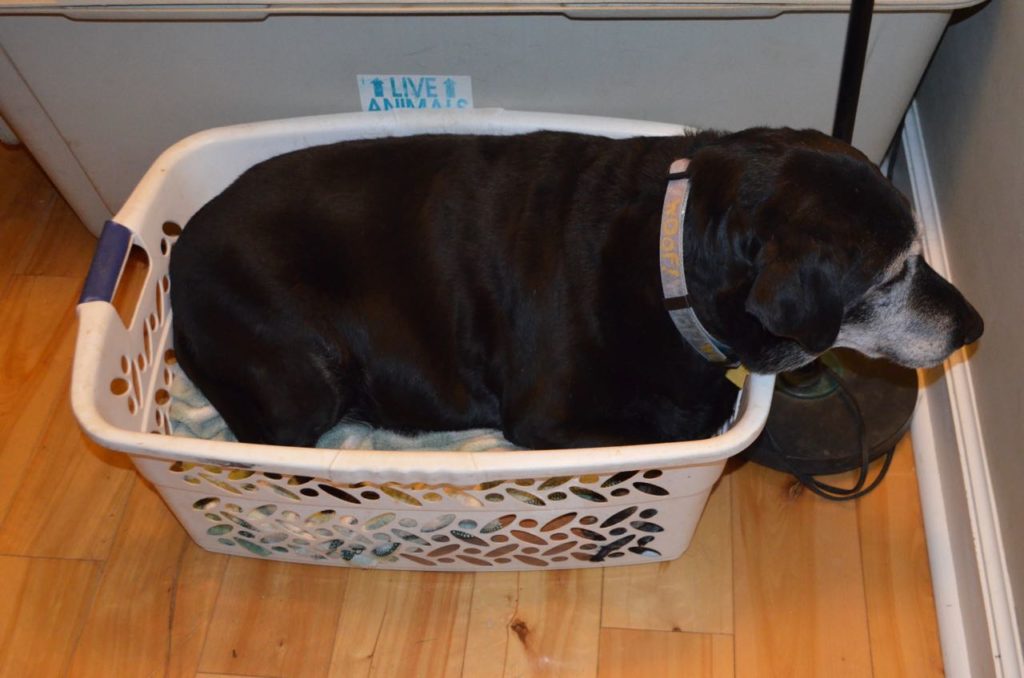