You are here: Home / Dogs / Just In Time For Christmas – Billy Gets Adopted! 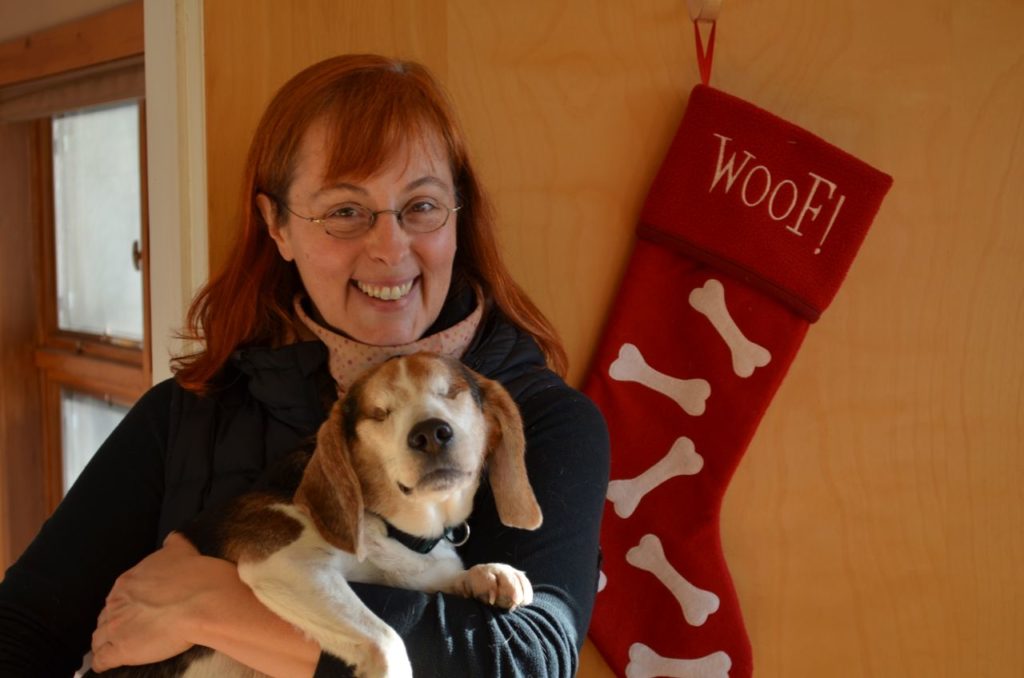 Our adorable?blind Beagle Billy got the best Christmas present ever — a loving?new family! Tracy W. from St. Albans, Vermont, had seen Billy on our PetFinder page a few weeks ago and had come out the previous weekend to meet him and us. Billy was instantly trying to crawl into her lap, as we knew he would — he’s one sweet, affectionate little character! At every vet clinic we took Billy to over the past couple of years, we always wondered whether we’d get him back at the end of the day, because every vet tech had fallen in love with him. So we were just waiting for that special someone to come along and meet him. It took just a few minutes for Billy to seal the deal with Tracy that day!

Billy had been found as a stray — yes, totally blind — in South Carolina in early 2012, and his collar had a tag with the name of his owner and the phone number. When animal control called the owner to tell him they’d found his dog, he denied having a dog! (Lovely people, eh?) Billy’s eyes were bulging from untreated glaucoma, and he was not considered adoptable. Atlanta Beagle Rescue had seen him in the South Carolina shelter and offered to take him, and then immediately contacted us. Our veterinary ophthalmologist at Peak in Burlington removed his eyes to eliminate the pain from the glaucoma, and for the first time in a long time, Billy was pain-free. From that point on he became your’typical happy-go-lucky Beagle, eager to greet each new day, following his nose wherever it led him. In fact, Billy’s motto is, “Follow your nose because your nose knows best!” (Taking him for a walk on a leash can therefore be an interesting experience!)

Tracy, who is a nurse, wanted to be sure she was home for several days when Billy first arrived, so she came back this Saturday to pick him up and take him home for the holidays. She emailed to say that Billy is doing great and had already made friends with one of her four cats, while the other three cats remained hiding upstairs. I have no doubt before long they’ll all be curled up with Billy. Everyone?becomes?his friend.

Billy was already busy on Saturday thanking Tracy for adopting him: 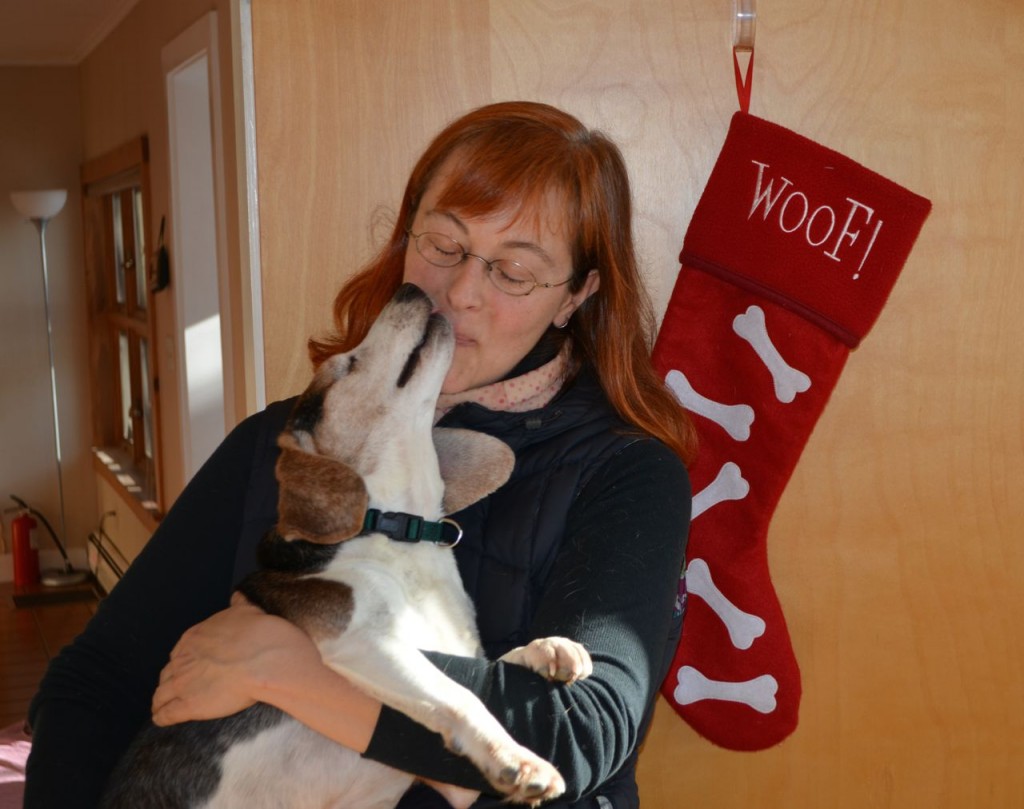 ?Thank you, Tracy! What a wonderful Christmas gift for all of us!