You are here: Home / Dogs / It’s The Chair Problem Again 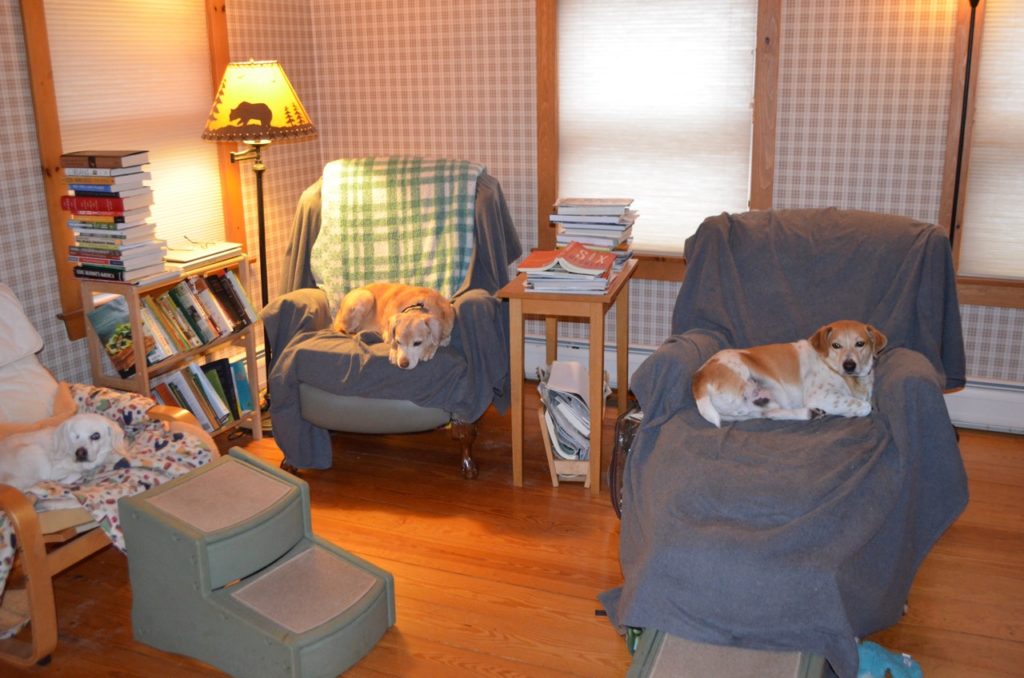 Long-time blog readers may recall the ongoing saga of?”the chair” — specifically, my 21-year?old beloved recliner that was off-limits to dogs until Darla claimed it as her own‘soon after she arrived back in 2013. Darla and I continued to do battle over whose chair it really was. This contest of wills went on for almost two years until I finally gave up in 2015 and bought a brand-new recliner for myself, relinquishing the old one to her.

That worked well, or so I thought, until Darla decided the new recliner also had her name on it as well. I took that photo above a few days ago. (And yes, it looks like I definitely need another bookcase to store?my winter’s worth of books!)

Now, I know what you’re thinking: “Well, it looks like Tanner has taken Darla’s?recliner, so it’s only natural that she should use your chair, Steve.”

Except … consider the evidence in this photo from January: 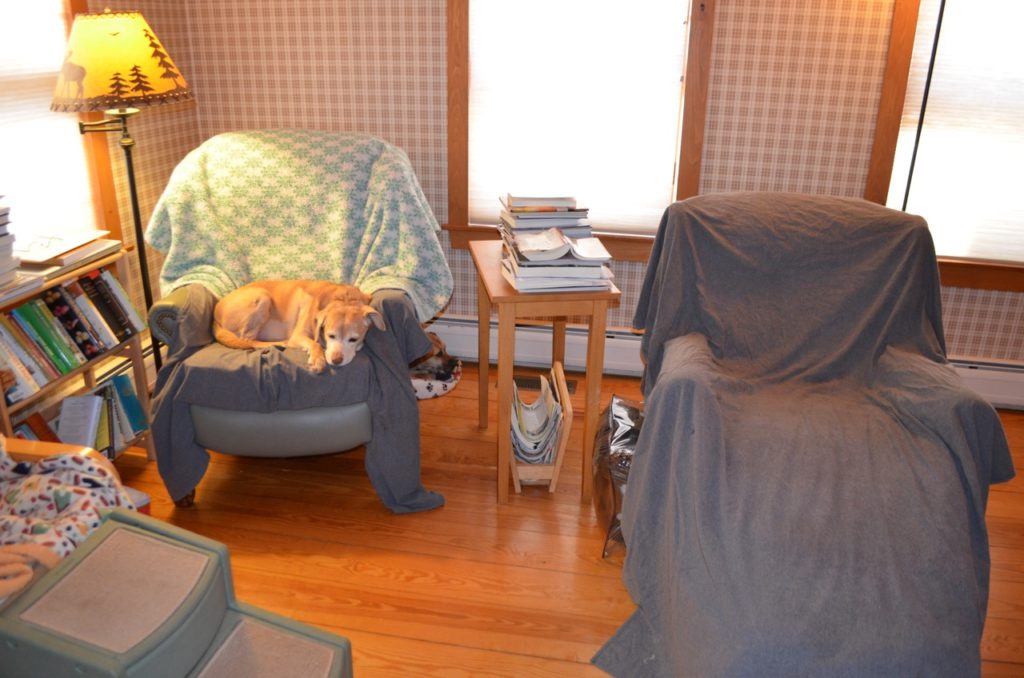 As you can see, both of the other chairs are empty, but she still went for my new recliner.

Darla?knows she can get away with just about anything (I confess to being a complete push-over when it comes to this dog!), but I’ve told her she’s pushing her luck here.

Meanwhile, I’m sure she thinks I just need to?learn to share the other?recliner, like these two are: 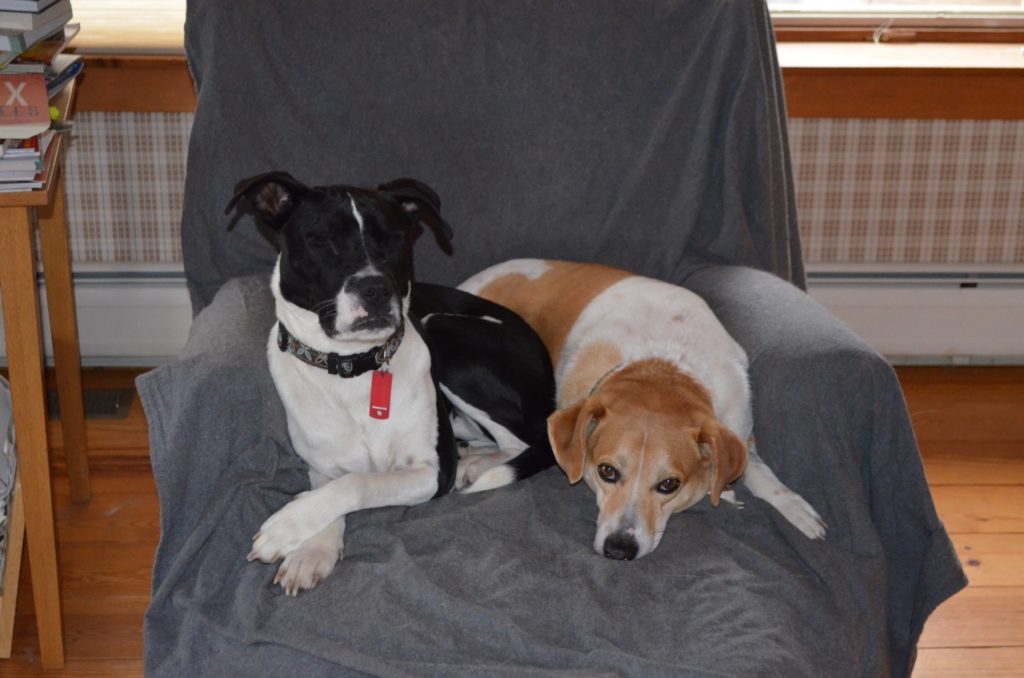 Oddly enough, Tanner had never gotten into that recliner until he saw our new arrival, blind Millie, start doing it a few weeks ago. Now he’s in it quite often.

But no, I am NOT buying another recliner!

Thanks to your votes, we came in first in New Hampshire again in the latest round of the Shelter Challenge, winning another $1,000 for our disabled dogs. Thank you so much for all your dedicated voting!