You are here: Home / Dogs / It’s My Blood They’re After 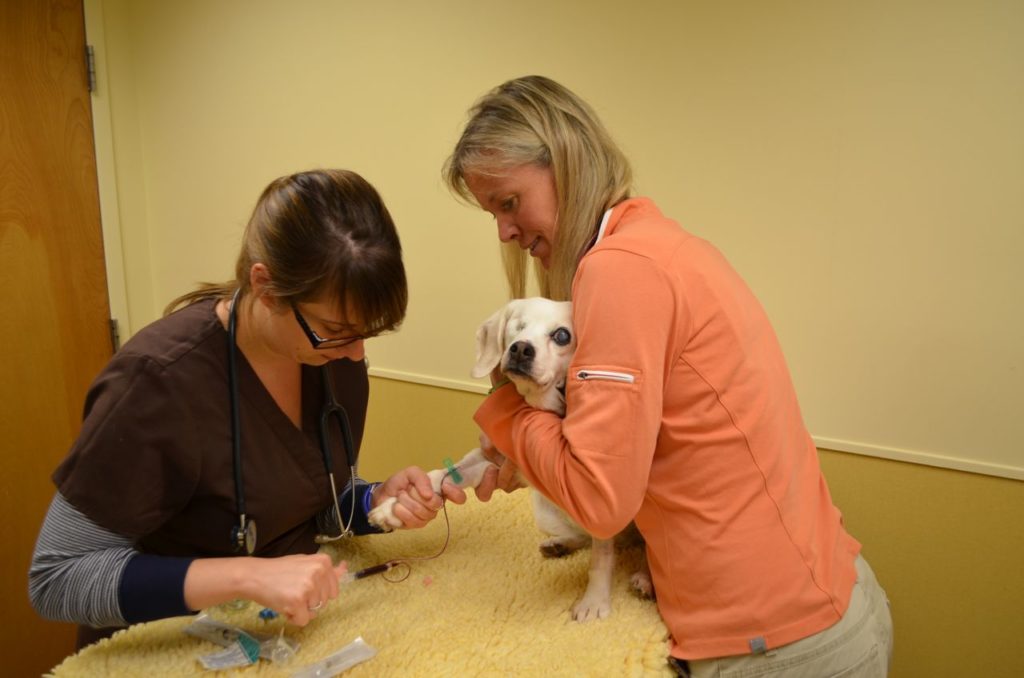 I took this photo last Thursday, when I drove Aurora back to Peak Veterinary Referral Center in Burlington for another weekly round of blood work. On the right is our internal medicine specialist, Dr. Marielle Goossens, and on the left is Shanna R., an internal medicine veterinary technician. While you tend to see the veterinary specialists featured in our blog posts, a significant part of the work is done behind the scenes by Peak’s talented team of veterinary techs. Ever since coming to Peak last year, we’ve been uniformly impressed with the professionalism, skills and friendliness of the techs here. Whenever I’ve thanked Marielle for the great work she’s?done for us, she’s quick to tell me that a lot of the credit is due to their team of techs. I know why she says this.

We’re continuing to monitor Aurora’s blood because she?is still balanced on that knife’s edge between uncontrollable bleeding and clotting. The root cause of Aurora’s condition is a kidney disease called protein-losing nephropathy. (For a really deep dive, see this.) After her last clotting episode — which came just a week after Aurora ended up in the emergency clinic for internal bleeding — Marielle adjusted Aurora’s medications again, including heparin, an anticoagulant. While Aurora’s kidneys are losing proteins, they’re also losing antithrombin, a natural anticoagulant, which is why Aurora is on several medications to counter that loss, among them enalapril.

Monitoring the heparin activity in her blood requires a very specialized test that is done at only a couple of?institutions in the country, one of them being Cornell University in New York. After drawing Aurora’s blood, Shanna processed’the blood sample (spinning it down) to get plasma, and then she shipped the?plasma overnight on ice to Cornell for the test. (Cornell also measures?Aurora’s antithrombin levels every week.) Over the July 4th weekend Marielle changed the type of heparin Aurora is on to a version?called low molecular weight heparin, and her heparin activity has become more stable and stayed within the normal range. Once we have a track record of persistent’stability, we should be able to reduce the frequency of the testing.

To give you some idea of the extent of Aurora’s medical work so far, here is her file at Peak — this is just since March of this year: 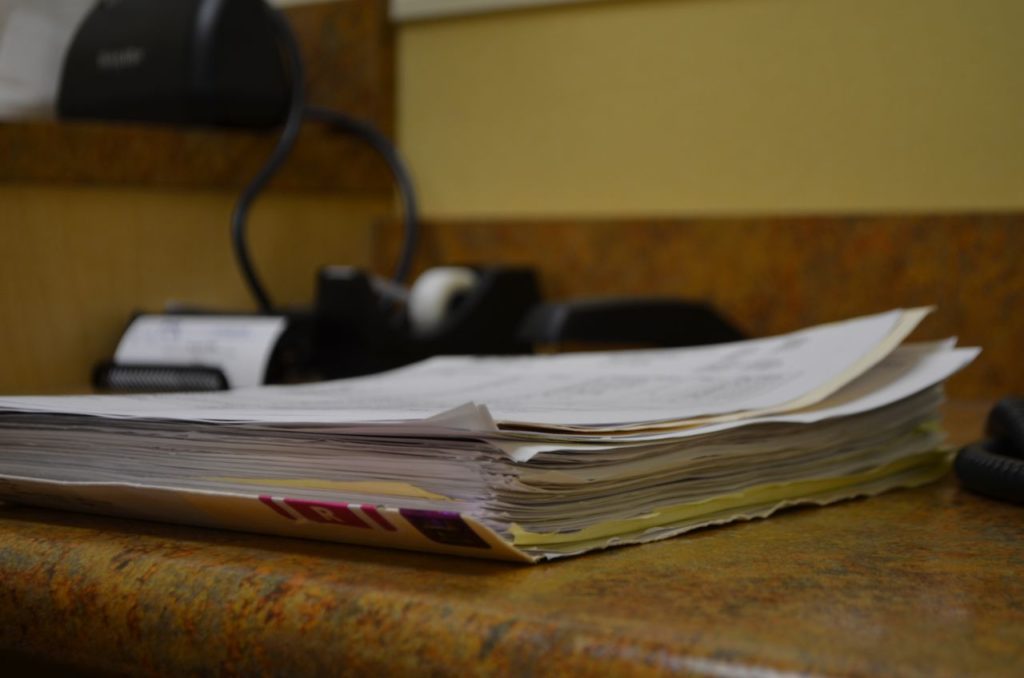 We could still lose Aurora any day — the prognosis is, as the saying goes, “guarded” — but right now she is back to her usual bossy self and using both of her rear legs. So we’ll take good news when we can!

The latest?round of the Shelter Challenge for 2014 is underway. It began July 14 and ends September 21. You can vote every day at http://www.shelterchallenge.com/. To search for us, type in our name, Rolling Dog Farm, and Lancaster, NH 03584. We’ve won thousands of dollars in the previous contests, so your daily votes do bring in serious money for our disabled animals!