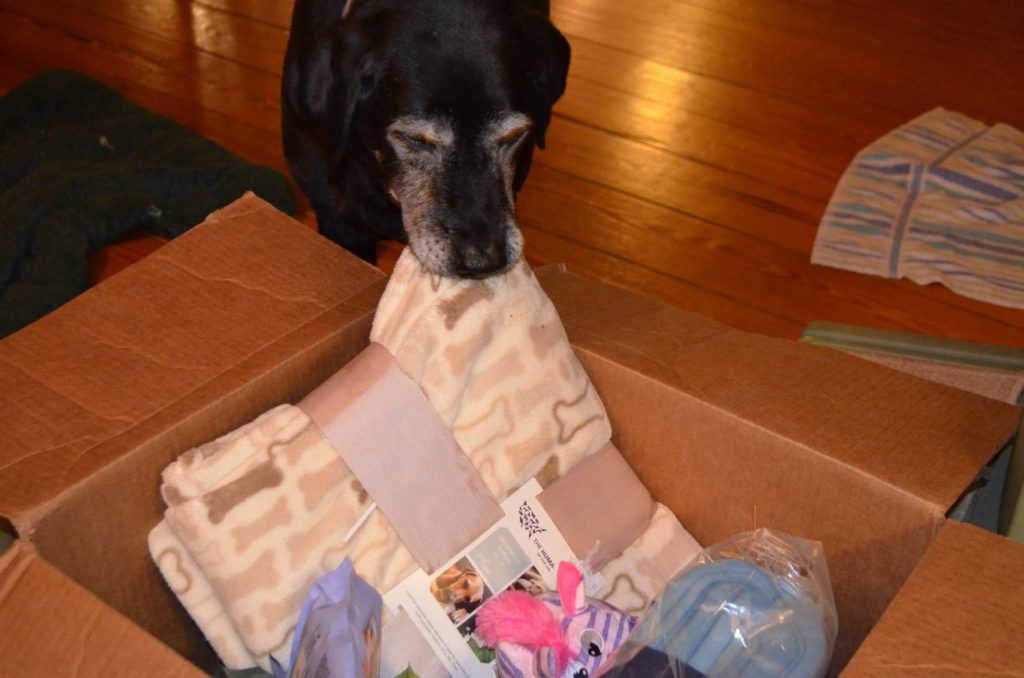 We hope everyone had a wonderful holiday season!

On Christmas evening we were opening a big box of goodies for the dogs that a longtime supporter, Barb R., had sent for Christmas. We hadn’t gotten very far in handing out treats and toys when, much to our surprise, blind Stella quietly wandered over to the box, stuck her?face into it, nosed around, and then decided to pull out a doggie blanket. I had the camera nearby so I just started taking photos of Stella doing whatever she was going to do. As you’ll soon see, it was a lot! There went the blanket over the edge: 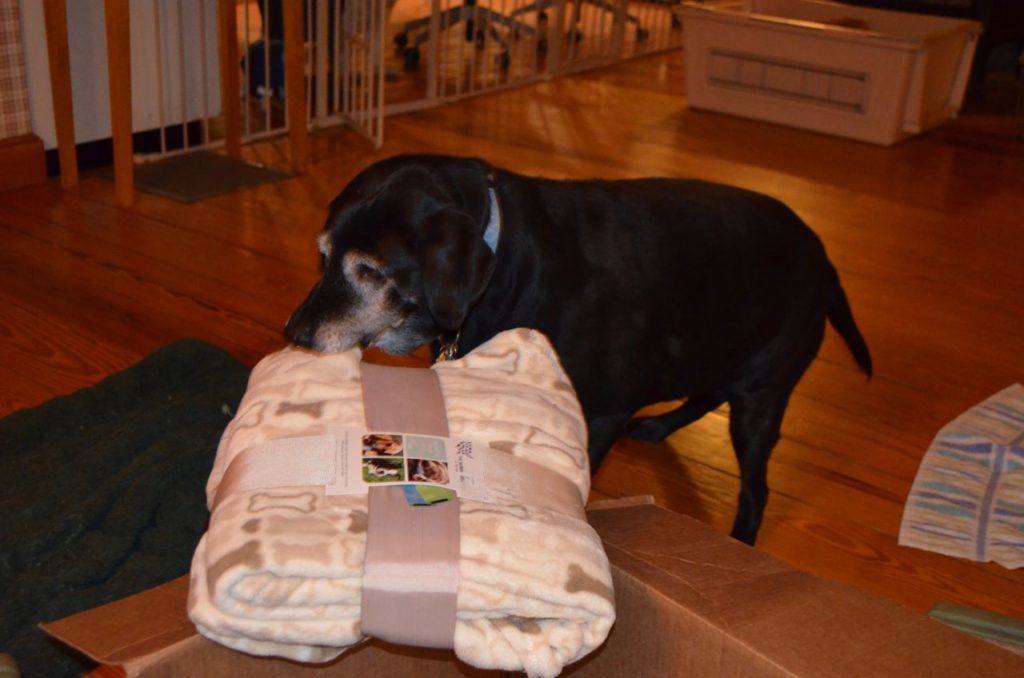 Which then became a very large, soft and fluffy chew toy: 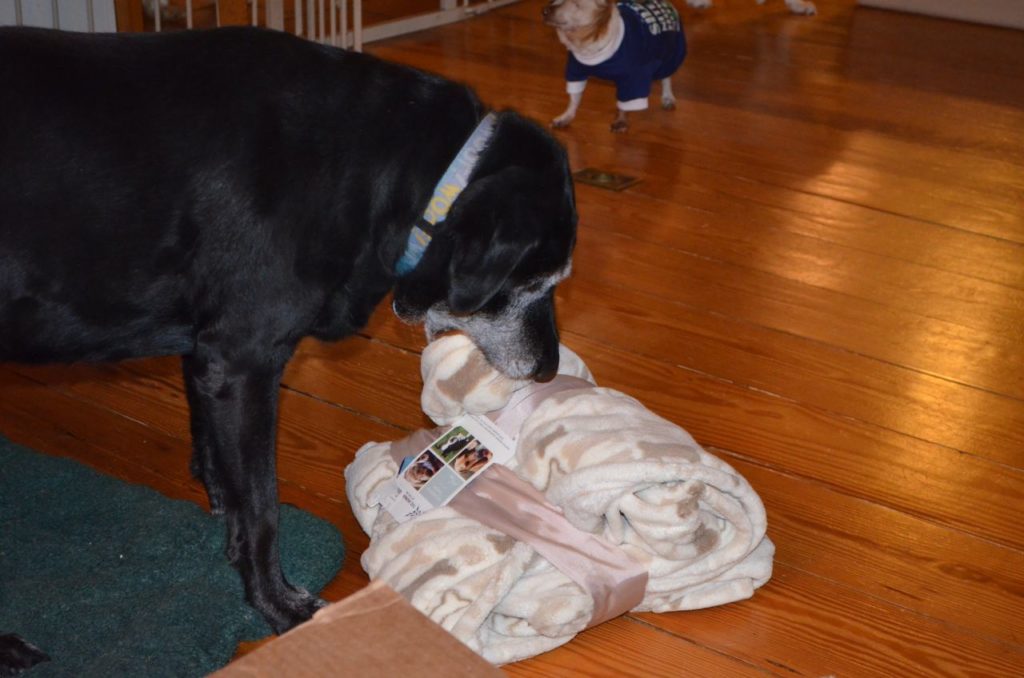 Yes, that’s Wilbur in the background, wearing a Christmas’sweater that Barb had sent: 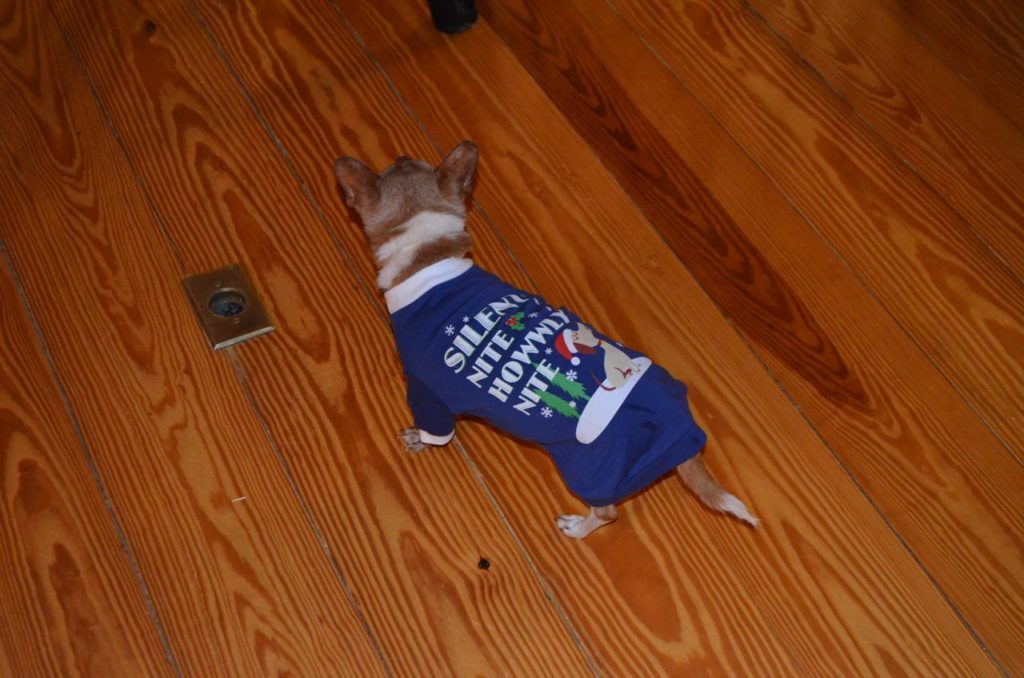 After rescuing the blanket from Stella, she decided to go back to the box to see what else was in there: 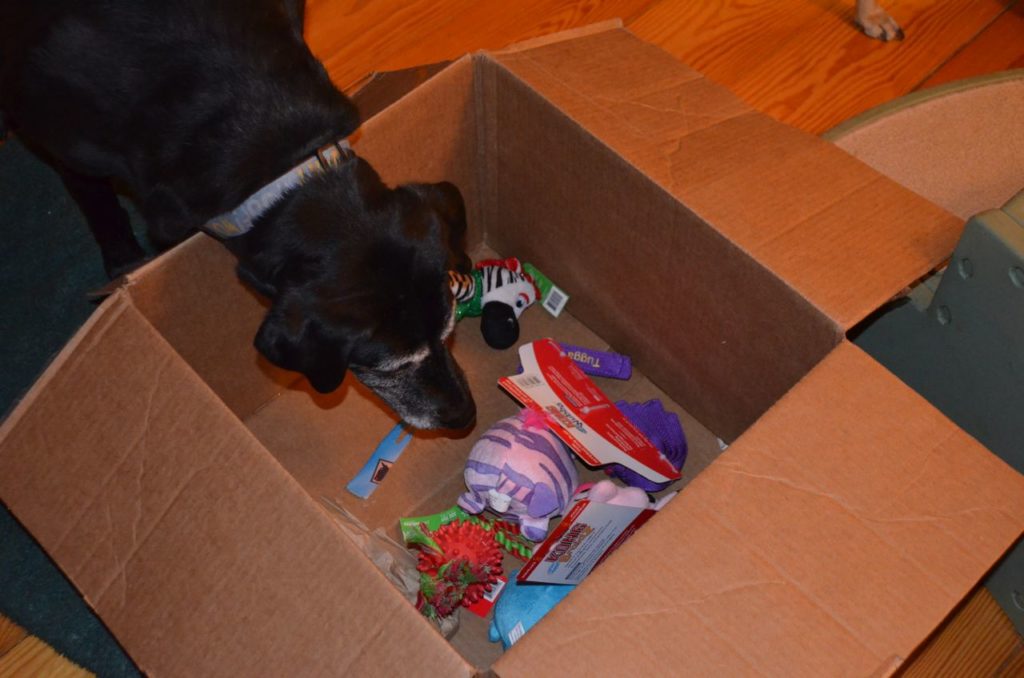 And off she went with another one: 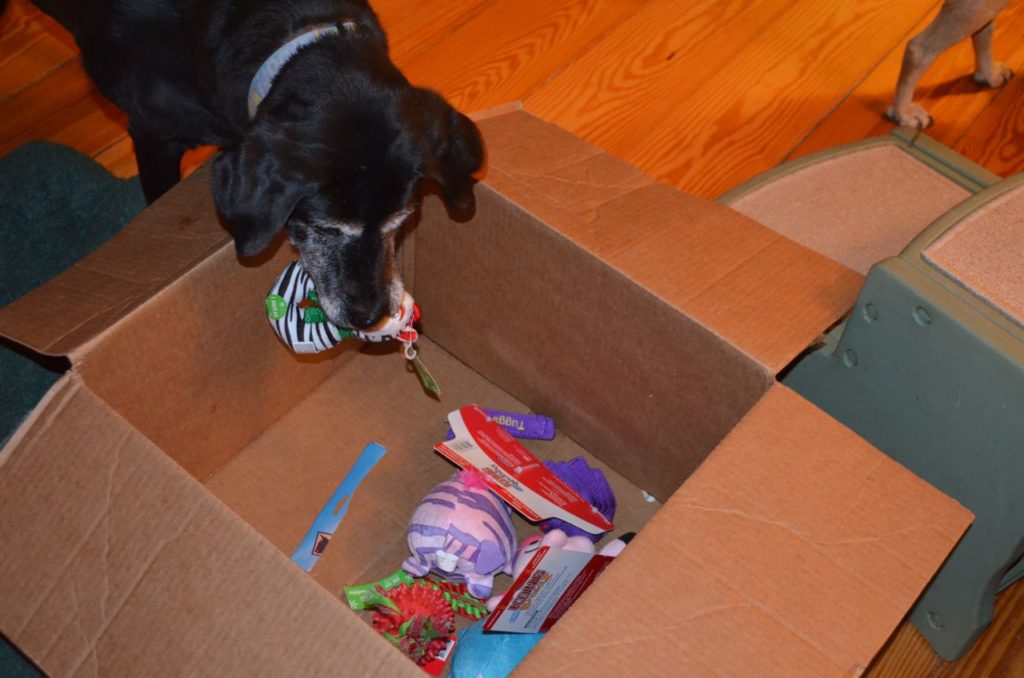 After a few minutes of thrashing each toy, she’d grow bored and want something new. Back to the box: 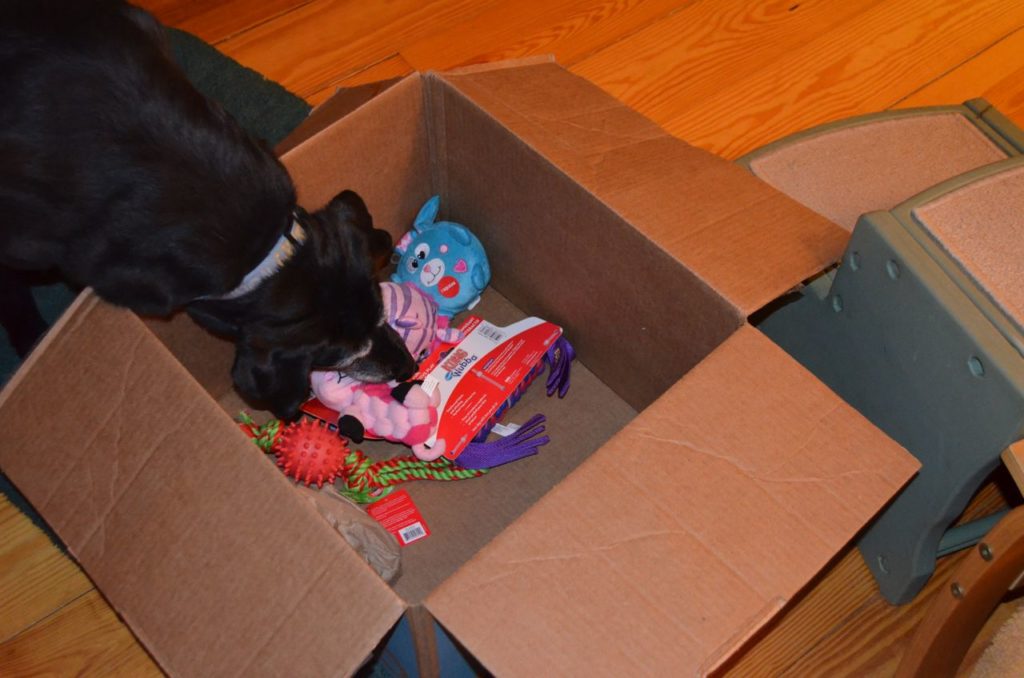 This time it was Miss Piggy’s turn:

Well, that didn’t last long, and so: 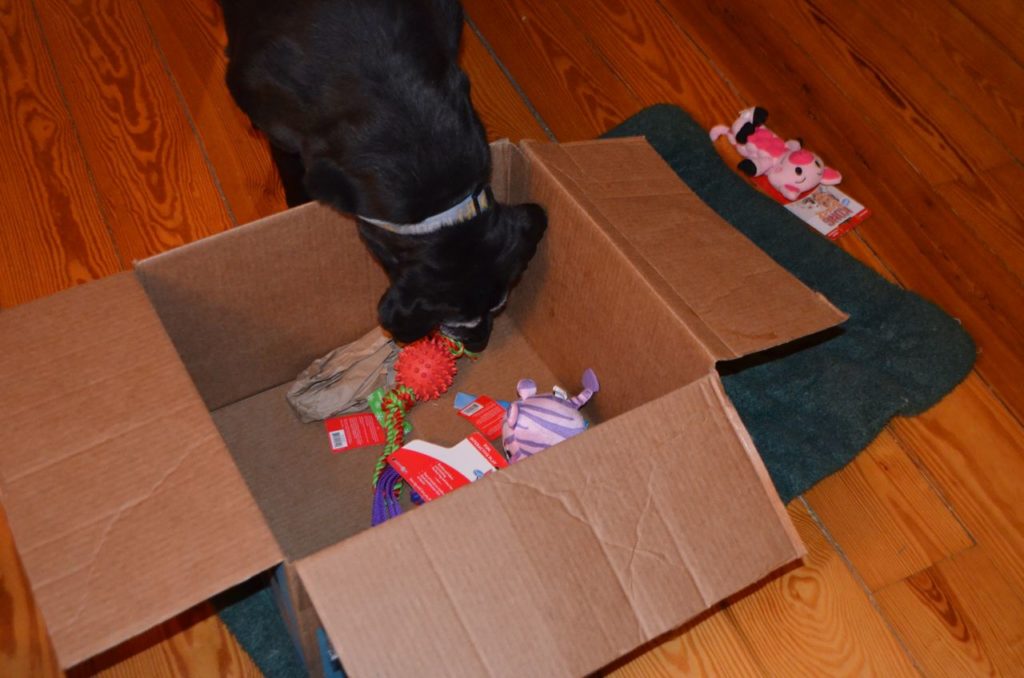 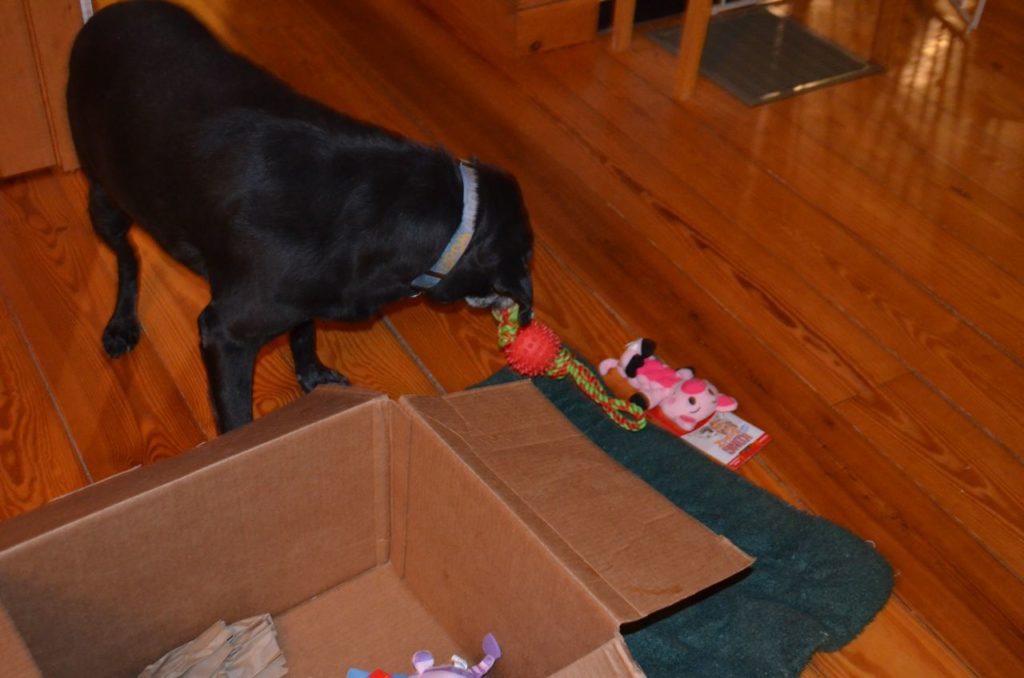 At this point, as you can see, there wasn’t much left, but she made a couple more runs at it just to be sure she’d sampled everything she could. Funny girl!