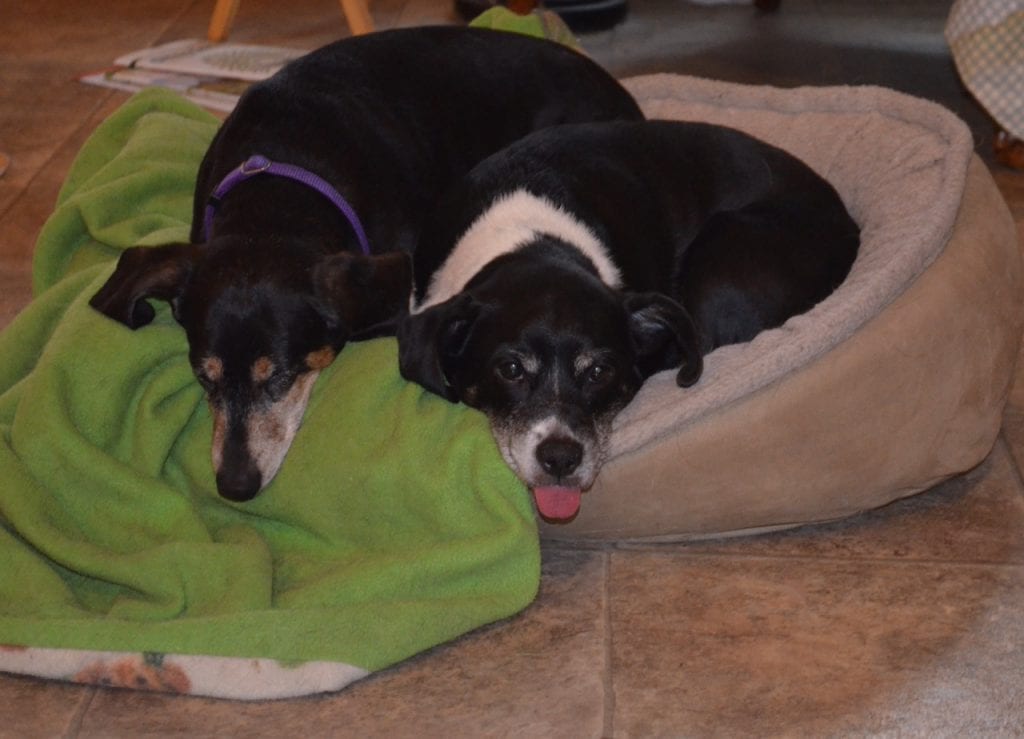 That’s blind Wally on the left and Daisy on the right, with her too-long tongue that makes for irresistibly adorable scenes like this. These two have a complicated relationship. Wally thinks Daisy is his girlfriend. Daisy just wants to be “friends.” Okay, close friends, but still, friends nonetheless. (Anyone else been in that situation before?) But whatever the nature of the relationship, they do hang out together quite a bit. Here’s another example: 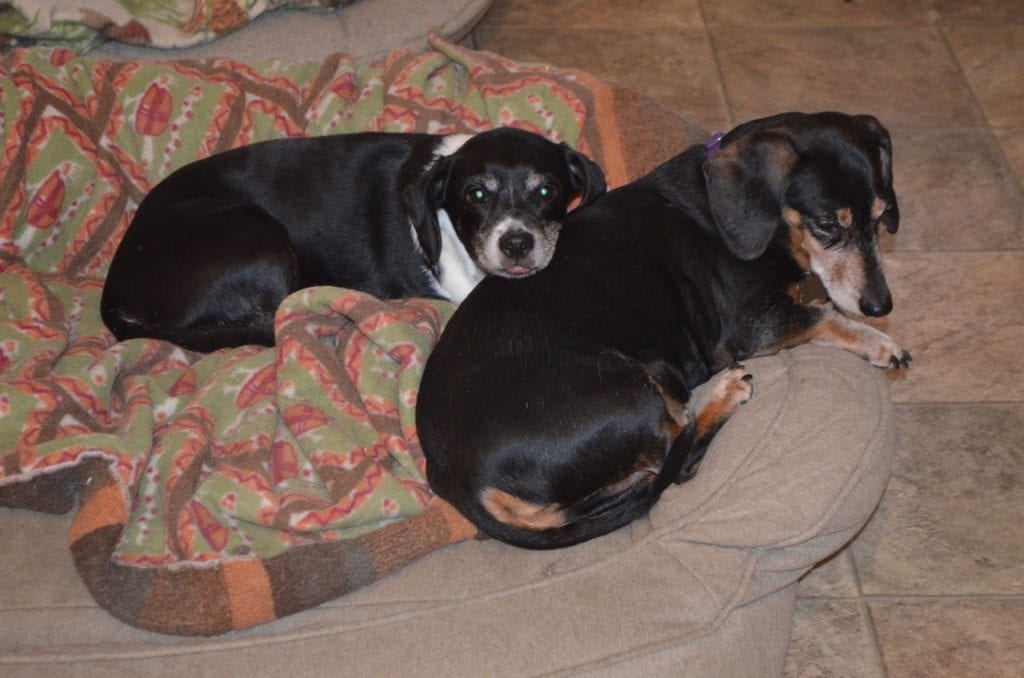 They snuggle like this, but never play together. Daisy is pretty rough-and-tumble, which is not Wally’s thing. So Daisy dukes it out with blind Bugsy and three-legged Tanner. And now, in the dog yard, she and Roxy also chase each other at high speed, with Daisy running circles around everyone as she does so.

If he can’t be curled up with Daisy, his next favorite place is in front of the wood stove: 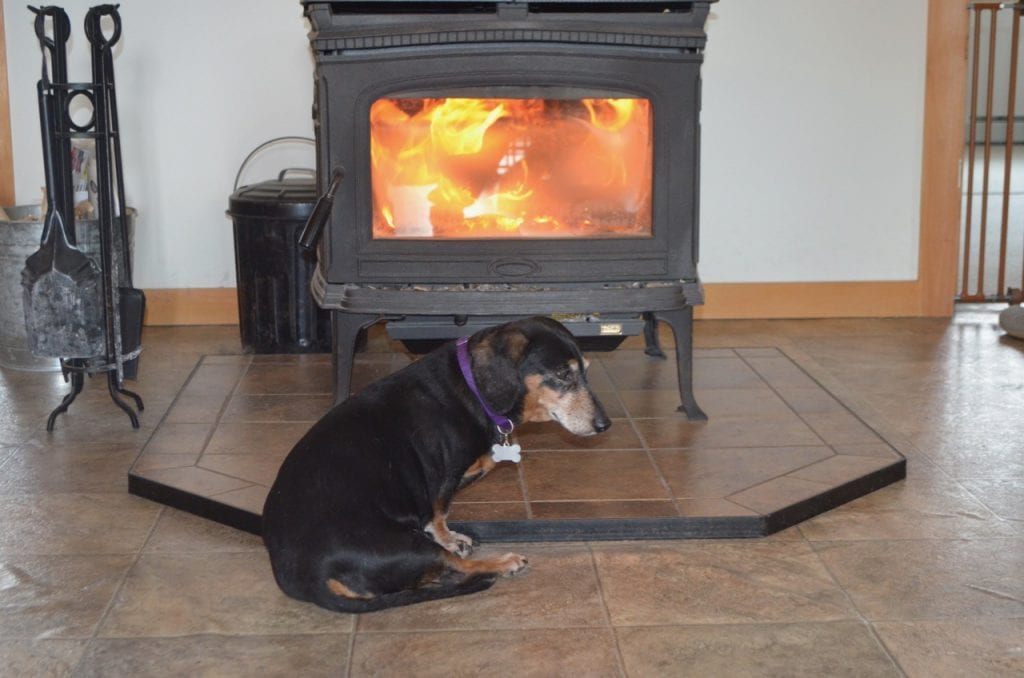 Speaking of wood stoves, last night — May 3rd! — was the first night so far this year we haven’t had to fire it up. Tonight we’ll have it going again though, with temperatures forecast to be hovering just above freezing.  We had a relatively easy winter — less snow than normal and warmer temperatures — but are paying for it with a long-delayed spring.