You are here: Home / Dogs / It’s A Dachshund Thing 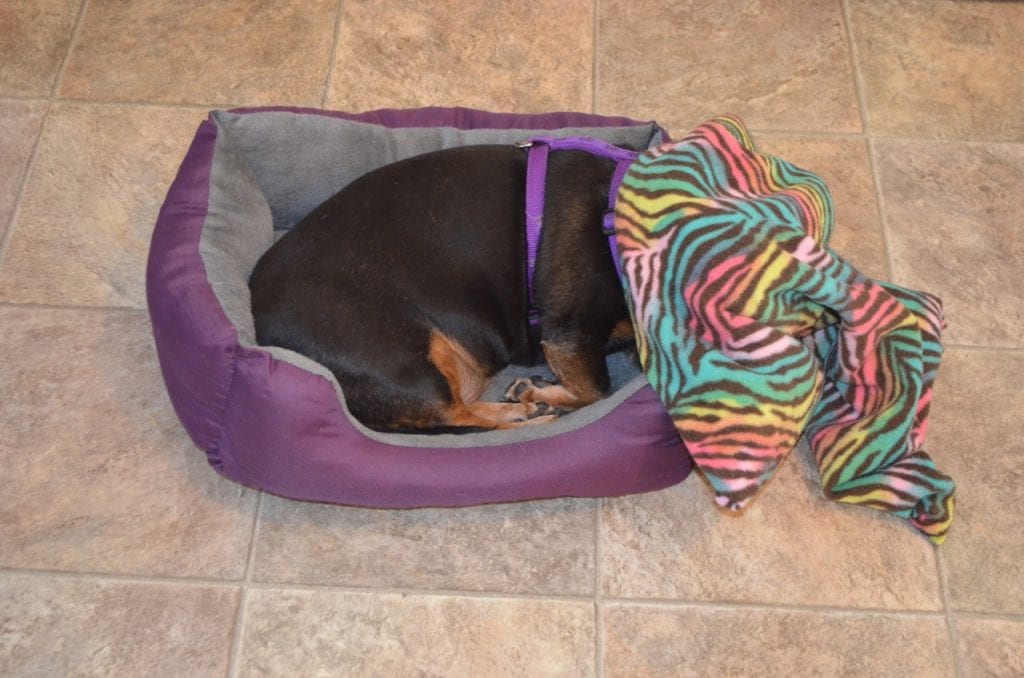 If there’s one thing common to every Dachshund we’ve ever had over the years, it’s their love of burrowing under blankets.  Now, occasionally something goes awry in the burrowing process, and instead of getting their whole bodies under the blanket, they somehow end up with just their heads covered.  This seems to happen with smaller blankets, like the one you see in the photo above.  But as blind Wally is showing, that’s okay, too … as long as the head is covered, that still counts as burrowing.

And sometimes, it’s the reverse … a whole body burrow but the head is sticking out: 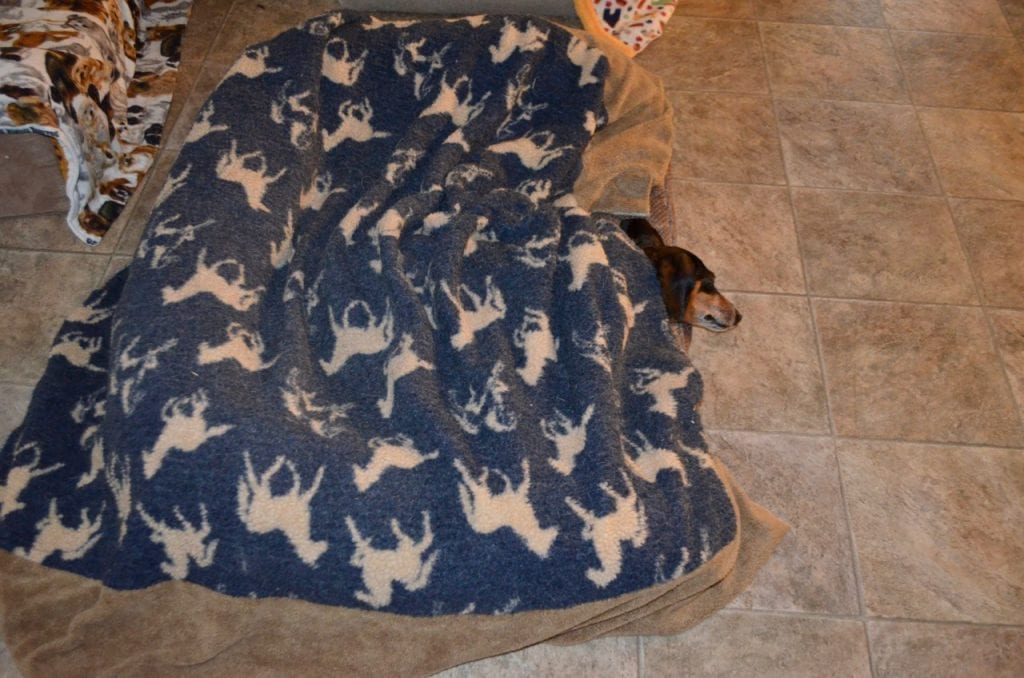 This also counts as a burrow.

It is a Dachshund thing.