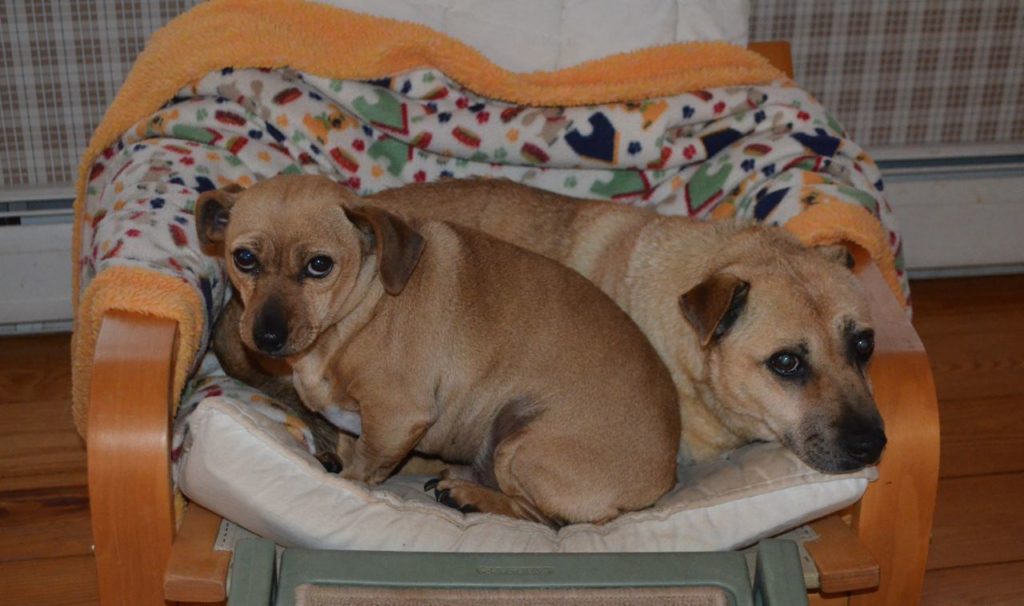 There was a lot going on in that chair when I took the photo, as I think the body language suggests. I had just let little Sunny in the front door, and he raced into the living room, up the step-ramp and into his favorite chair — all apparently without looking to see that it was already occupied by Holly. He immediately turned around, not sure what to do. He sat frozen like that while I went to get the camera. Holly, for her part, couldn’t believe Sunny?had done this, and wasn’t sure what to do herself. Other than this one shot of her looking at the camera, she looked away, off into space, as if it wasn’t really happening. “Surely he will get down and leave me alone…,” she was probably thinking.

I went to get the camera, though, not because of the chair stand-off but because we’d wanted to get a photo of these two together. We joke that they look very much like mother and son, a suggestion we imagine?Holly would?get indignant about if she knew what we were saying. The resemblance is striking, even if there is no relationship between them.

I’m not sure who gave up first … both continued to stand their ground in the chair, I put the camera away and went back upstairs to the office, and somehow these two figured it out.