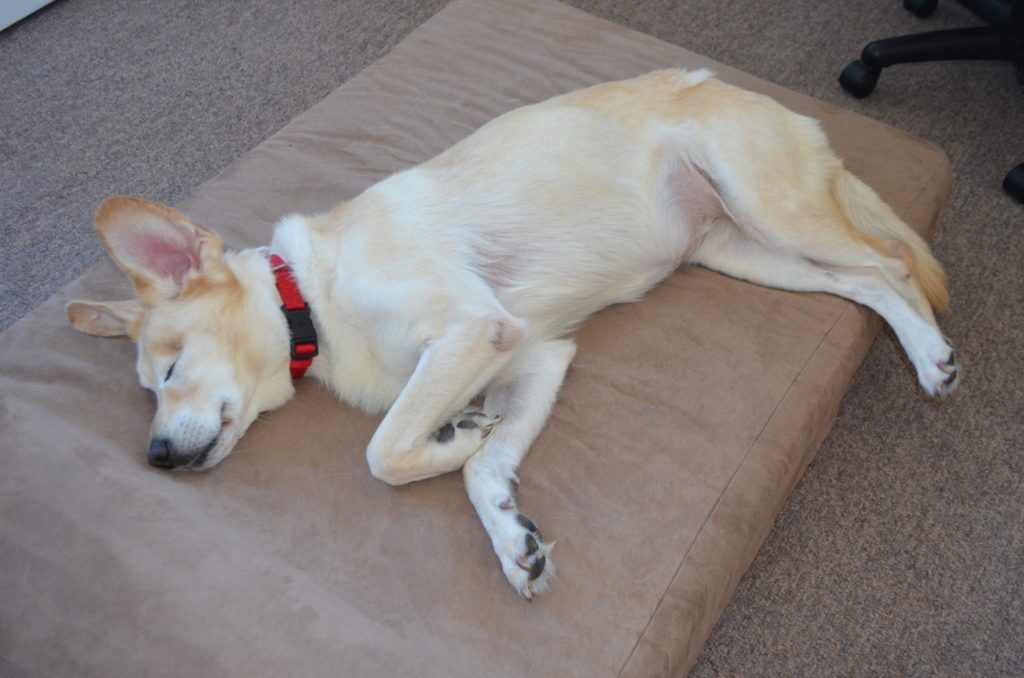 That’s blind Mille asleep in my office on a recent afternoon. Until I saw her like this, I had no idea her ears were so?big! I mean, she’s a Lab, not a Basset hound, right? I’ve only seen her ears like this a couple of times since taking that photo, and only?when she’s asleep on that bed. So there’s something about sleeping in this particular spot that gets her ears up. Not only do they go up, they stay up!

She didn’t move while I was taking several photos of her from different angles, nor did she get up and follow me when I sneaked out of the office and down the stairs. So she was sleeping pretty soundly at that point. If those ears were meant to serve as an ‘early warning radar’ of some sort, it would help if the operator wasn’t sleeping on the job, I suppose.