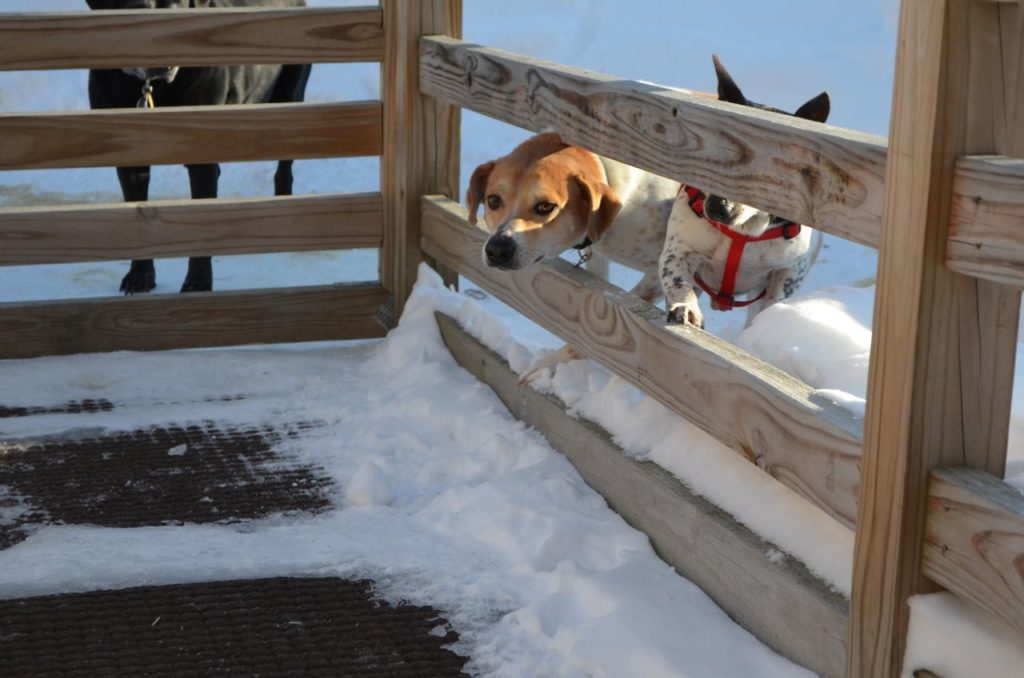 I mentioned when blind?Taco?arrived‘that he was a very smart boy and I would show you why we thought so in a subsequent post. Well, this is it. It took him less than 24 hours to figure out how to climb through the railings! On one level this was an “uh oh” moment for us (the railings are there for a reason!), but on another level we simply had to admire his intelligence and fearlessness. Of course, it really helped that Taco had a very willing teacher! Yes, that handsome scamp Tanner was showing his new buddy Taco’the ropes.

So this is how it unfolded. That’s Tanner in the photo above, standing next to Taco, and you can see what’s about to happen.

The “turn and twist” technique underway: 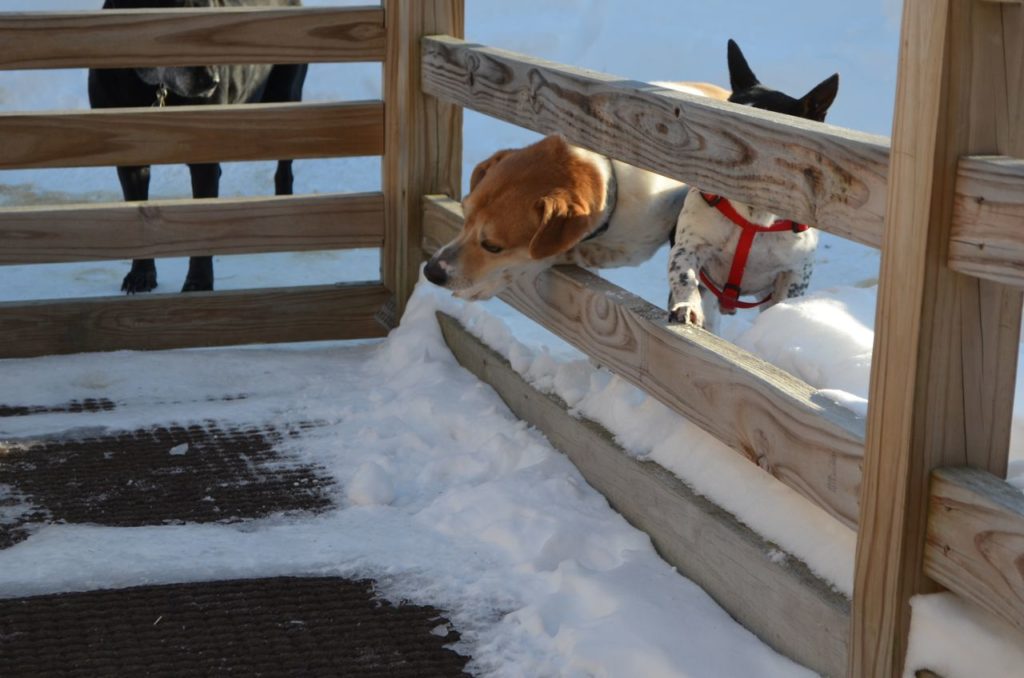 And he’s through … while his student is looking on (well, sort of “looking” on): 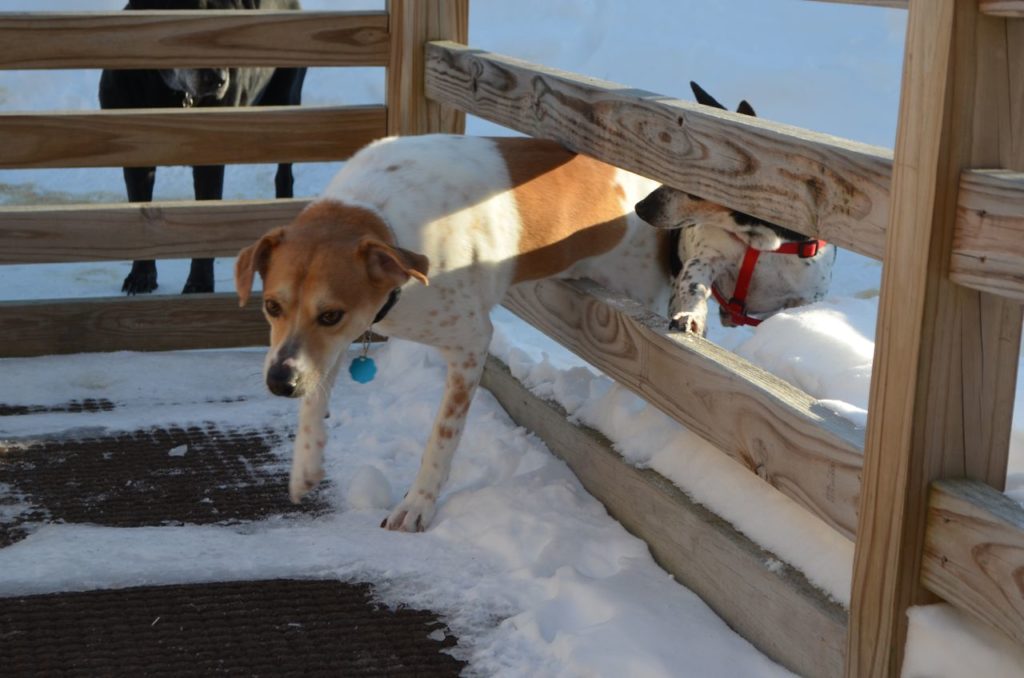 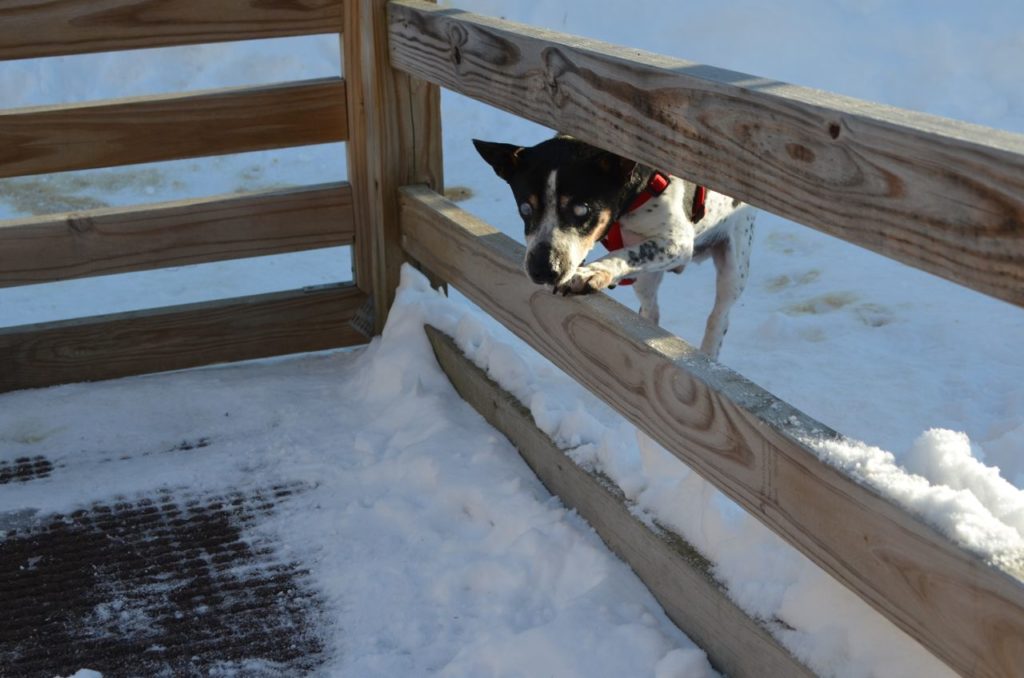 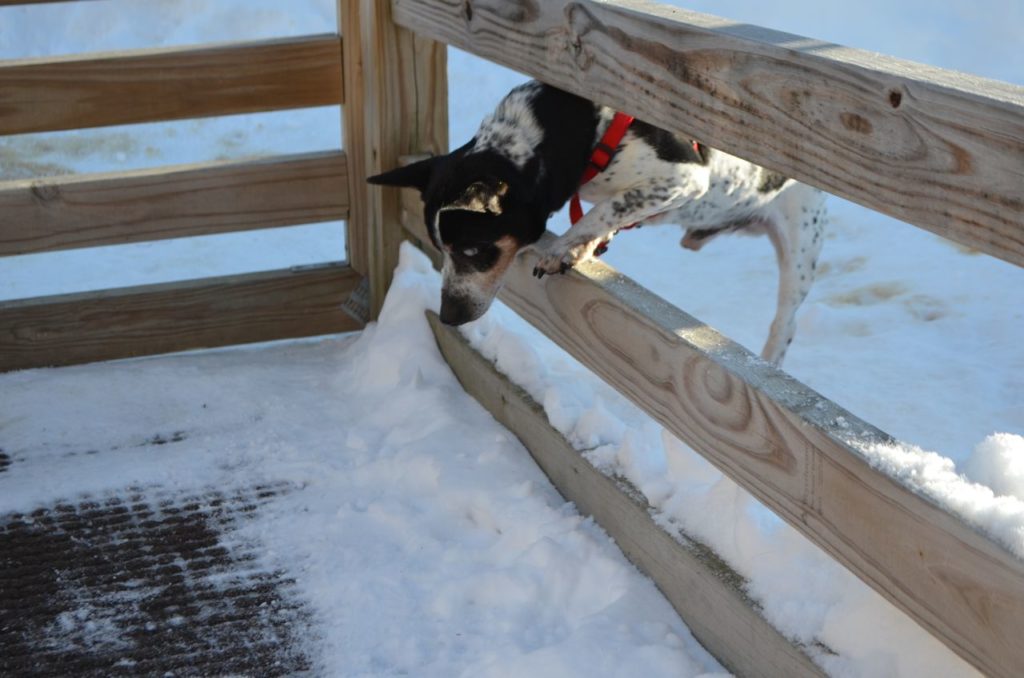 Front leg through … I wonder if he was trying to feel around to see if he could touch the ground: 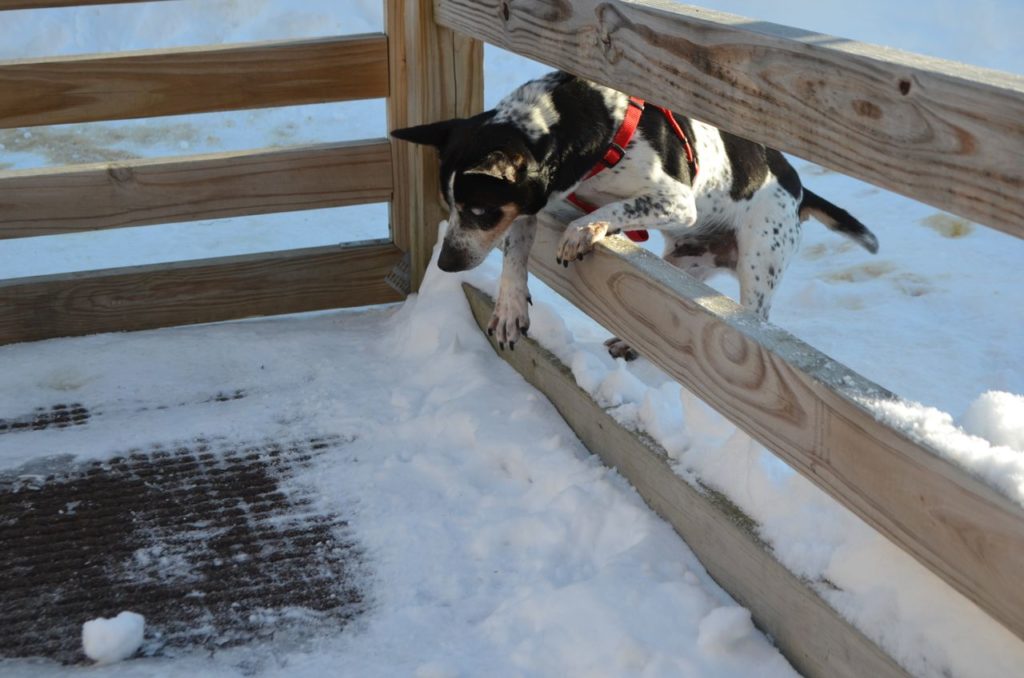 He pulls the front leg back, presumably having realized the distance is greater than his little short legs are long, meaning this would have to be — literally — a leap of (blind) faith, so to speak. Next comes the back leg to boost him over: 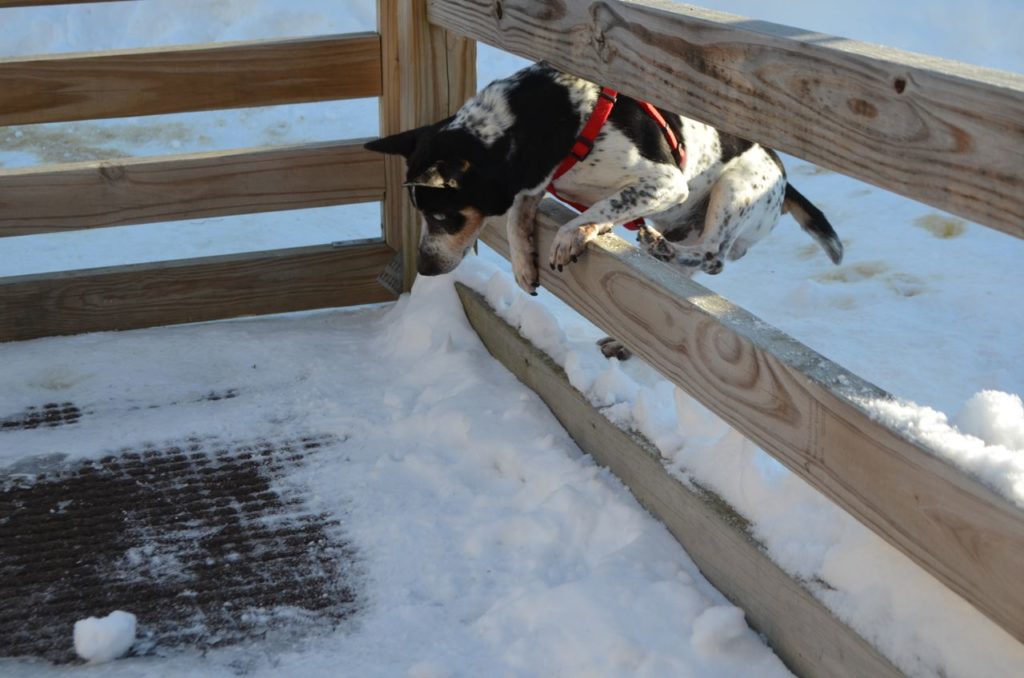 And over he goes: 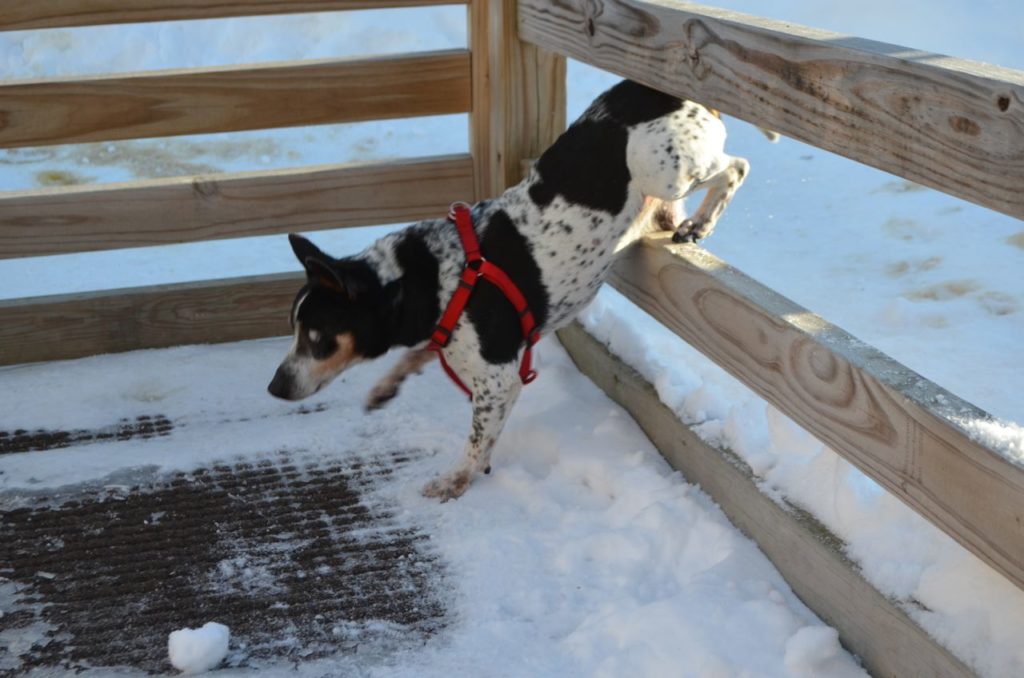 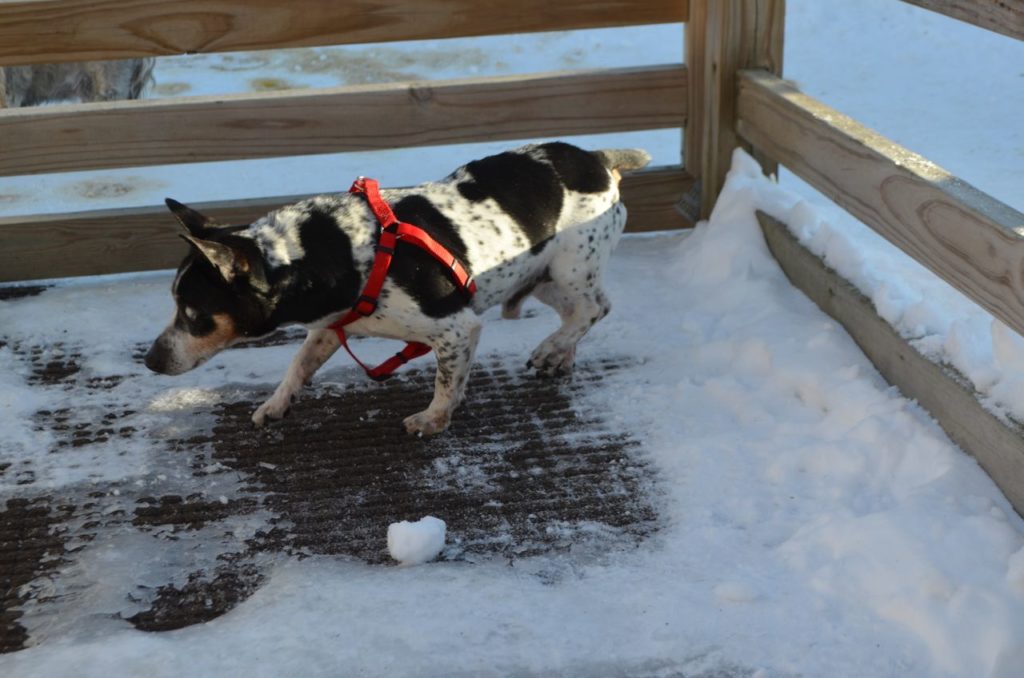 Now, let me just say that if all of our dogs were this smart, we’d be in real trouble!

Finally, just a quick update on Taco’s medical tests: We are still waiting on some tick-borne disease tests (mostly the Southern ones), but we now know Taco is heartworm-free (yay!) and also negative for Lyme disease and some others. We should have the final results later today or tomorrow.