You are here: Home / Dogs / I’ll Get Him One Way Or The Other 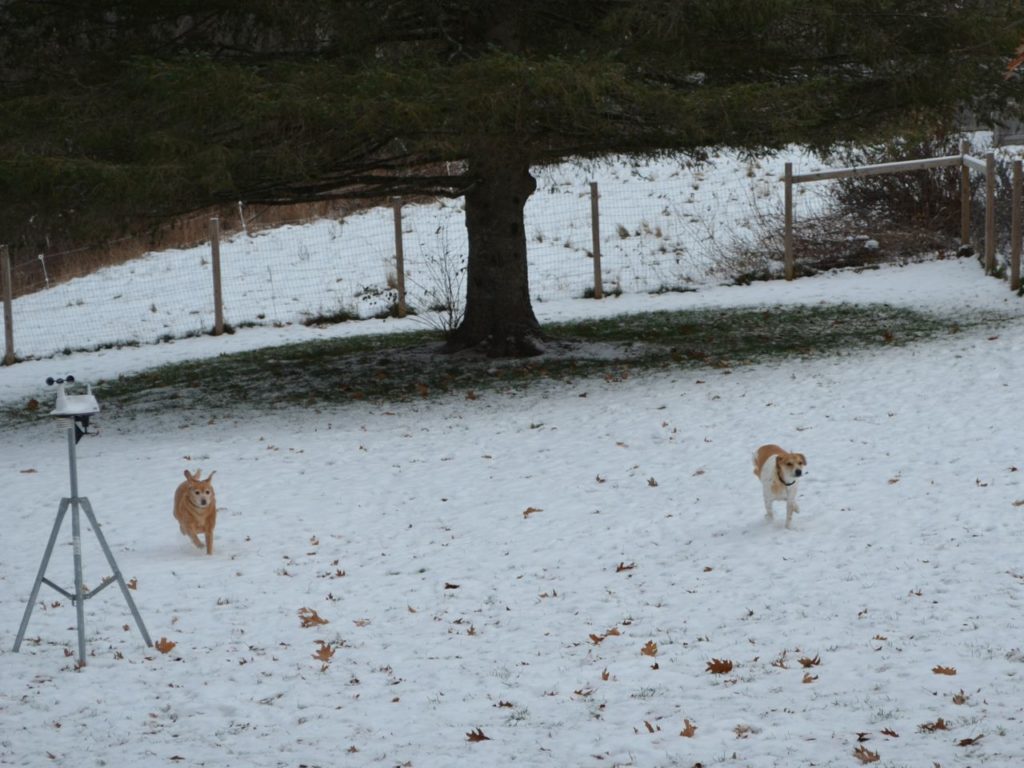 I looked out the window one morning last week and saw Darla “trapping”‘three-legged Tanner?by the fir tree. Keeping the young, energetic whipper-snapper away from the house is a game that started?earlier this year. As soon as the snow arrived this fall, Darla was back at it. At the moment it’s a one-on-one, since Travis is in the back yard again with his friends blind Jake and blind Allie. It’s not as challenging for Darla?with only one guy to keep track of, though Tanner finds it more challenging because he doesn’t have Travis to serve as a diversion.

I saw the set-up by the tree, grabbed’the camera, and headed out the front door. As soon as Tanner saw me, he bolted for the house, with Darla in hot pursuit. Yes, this is the same dog who wouldn’t put her foot down after her knee surgery, but as you can see in these photos, she’s finally using that leg again to good effect! Darla’s strength is her bluffing — all she has to do is assume a certain body posture and fix an icy stare on Tanner, and he stays put. Tanner’s strength is incredible speed — when he began his race to the house, he was actually further back than Darla, but you can see how fast he overtook her: 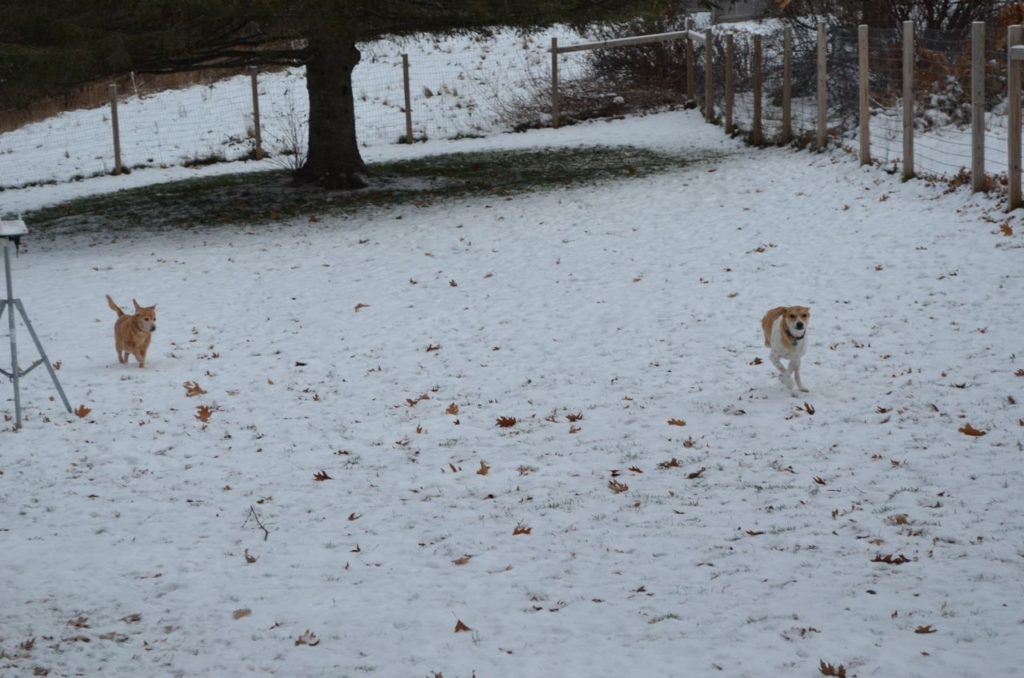 My camera says there was all of one second between those two photos!

Tanner came right up to me but trapped himself in the V between the two ramps, with no way out and Darla on his heels. This is what I saw through the camera when she arrived: 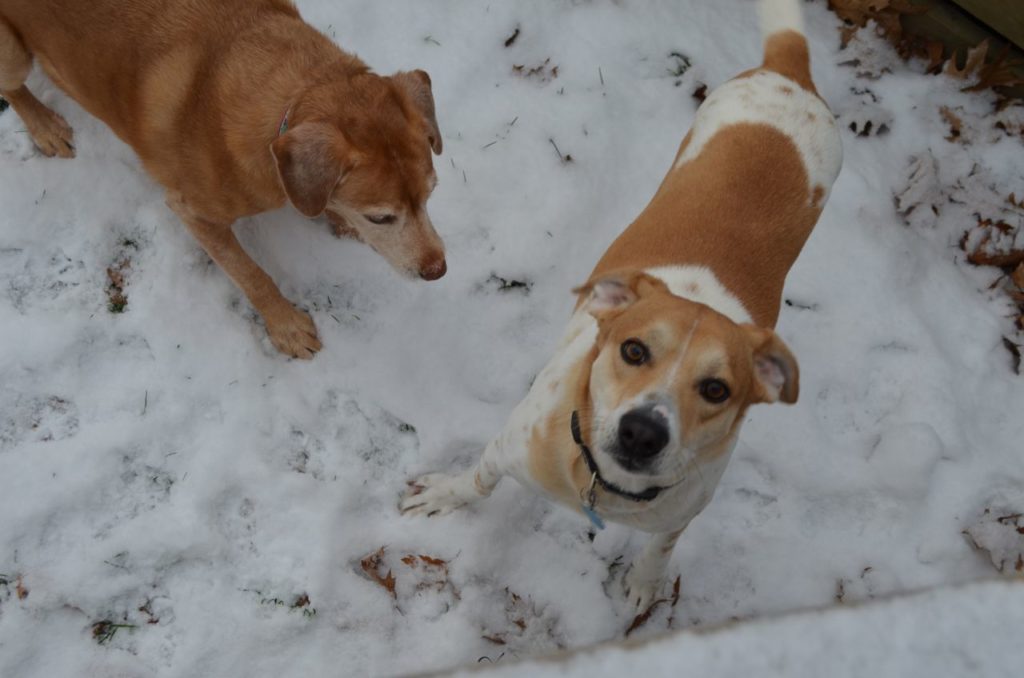 I think that’s?a look that clearly says, “Well, are you going to save me or not?!?”

I said, “Nope, buddy, you’re on your own with the old lady.”

Look at the body language in this next shot … he knows what’s coming next: 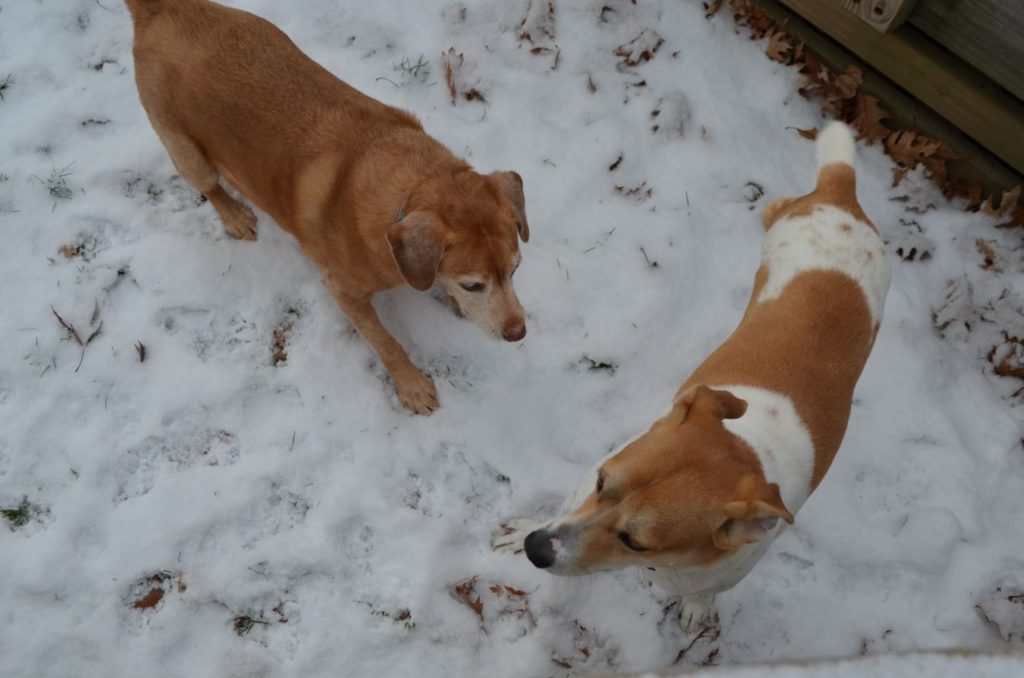 Yep,’she bumps him on the side with her snout and then pulls back: 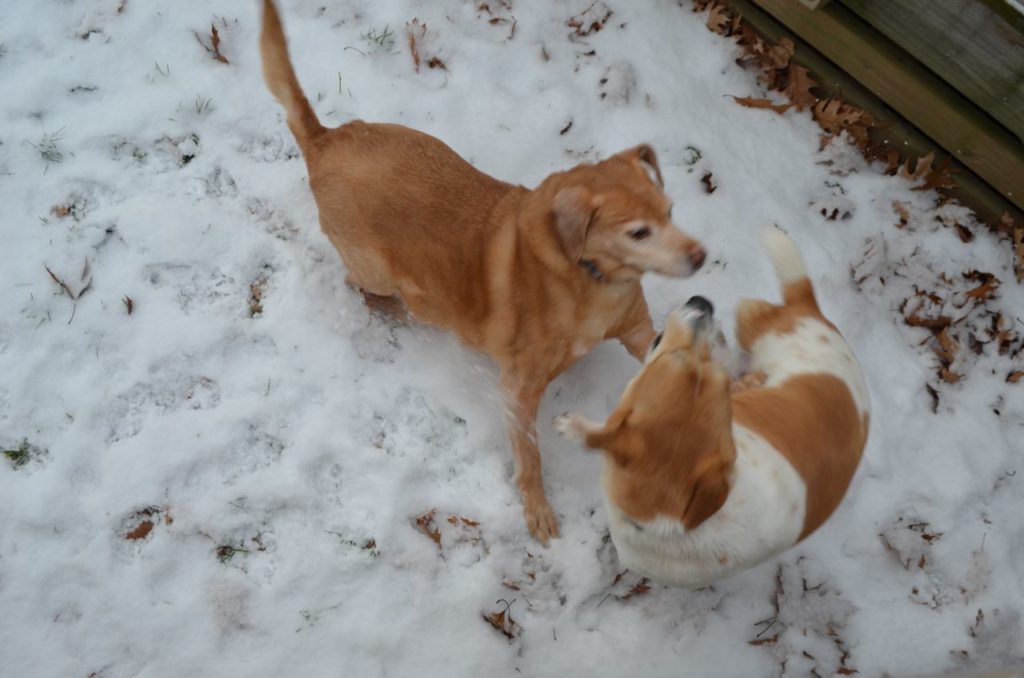 Which is Tanner’s’signal to get his butt in gear and zoom?off, with Darla in momentary pursuit as blind Stella comes over to find out what’s going on: 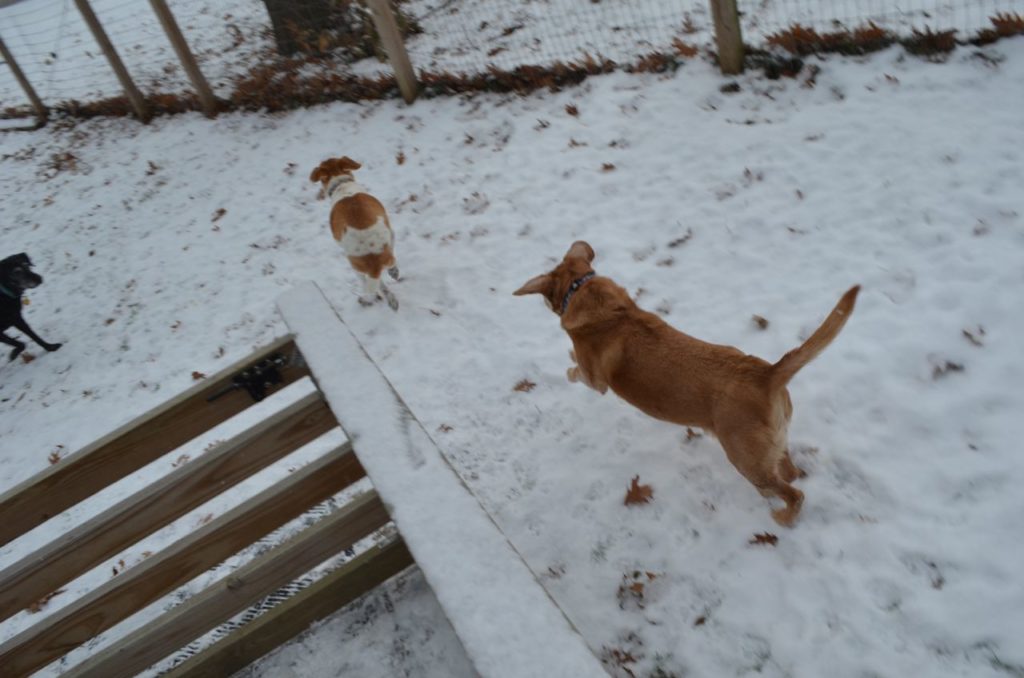 I say “momentary” because just a couple of seconds later, satisfied?with herself for having successfully chased the kid?away from “her” house once more, she turned back so I could open the gate and let her in. Tanner, seeing the gate open and me there to “protect” him, came racing in, with blind Stella bringing up the rear. All three happily trotted?into the house together, ready for a morning nap.