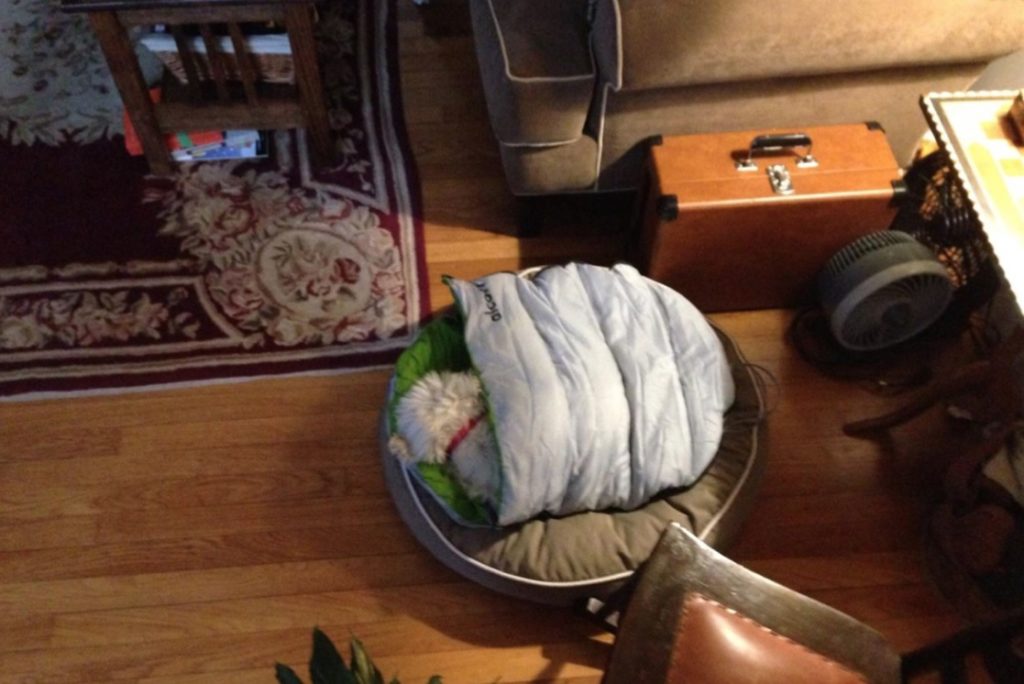 Back in early December, I had posted an update and some photos on blind Zach, who was adopted by Robin E. and Laura M. in November. They had reported how Zach had found?a’sleeping bag at their camp and quickly made it his?preferred place to nap. Robin recently?emailed the photo above, and said in her note, “Just sending this along to make you smile. As you know, we discovered that Zach REALLY loves sleeping bags so we bought him a little one of his own. He gets himself all tucked in and heaven forbid you try to help him! He is very specific about how he gets himself arranged in it :)”

Yes, that did make us smile!

P.S. Sorry for the delay in posting — I spent most of yesterday on the tractor plowing snow. We didn’t get nearly as much as Concord or Boston, only about 8 to 10 inches, but we had enough wind that it piled up in drifts and there was plenty to plow.