You are here: Home / Dogs / Hankering 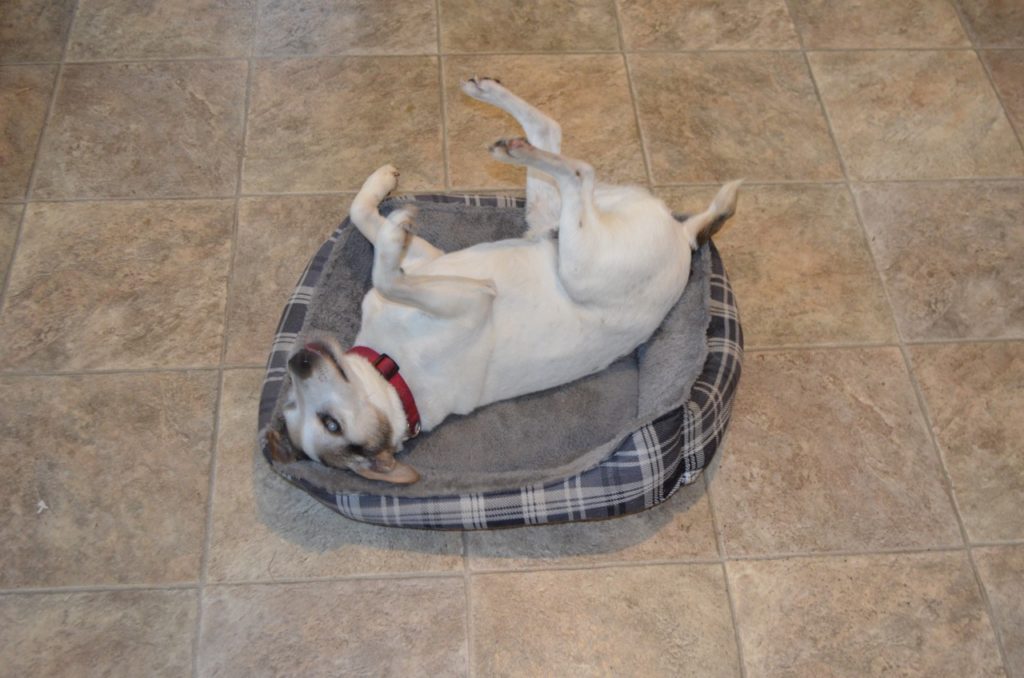 This is Hank, the little blind fellow who came to us from Seattle Humane back in January at the ripe old age of 15. He’s done really well since then. Though he is very quiet and pretty much keeps to himself, his happiest moments are first thing in the morning when he wakes up. I took these photos on Saturday as he was waking up in the sun porch, where he spends the night on his favorite bumper bed.

He first raises his head, sniffs a bit, looks around, waits a little more, then turns upside down in the bed to begin his morning “rolling dog.” 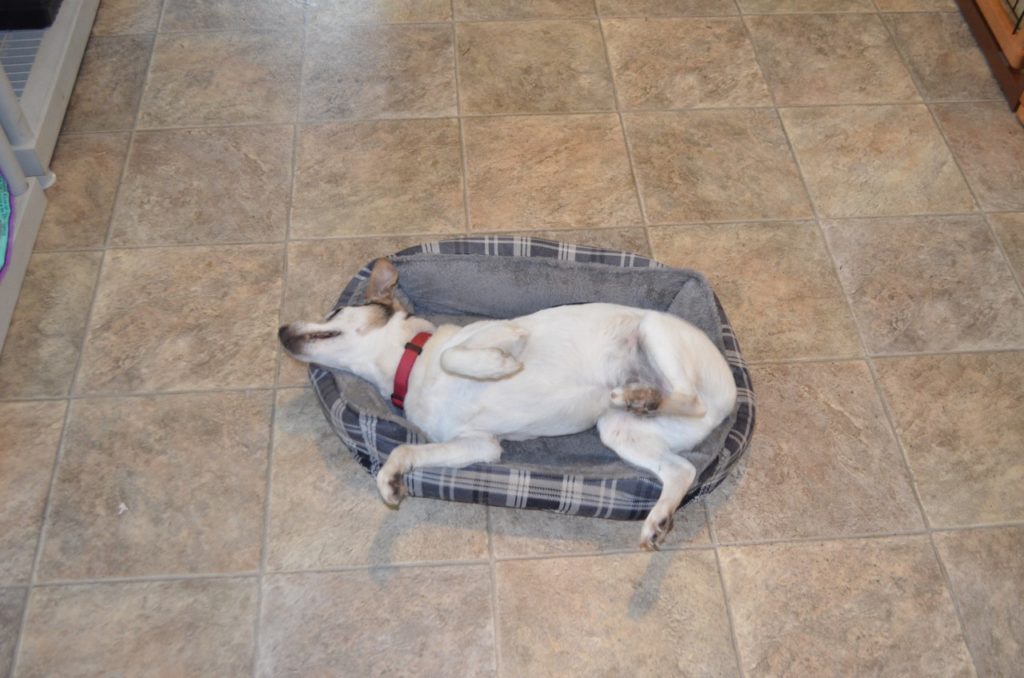 Back and forth he goes: 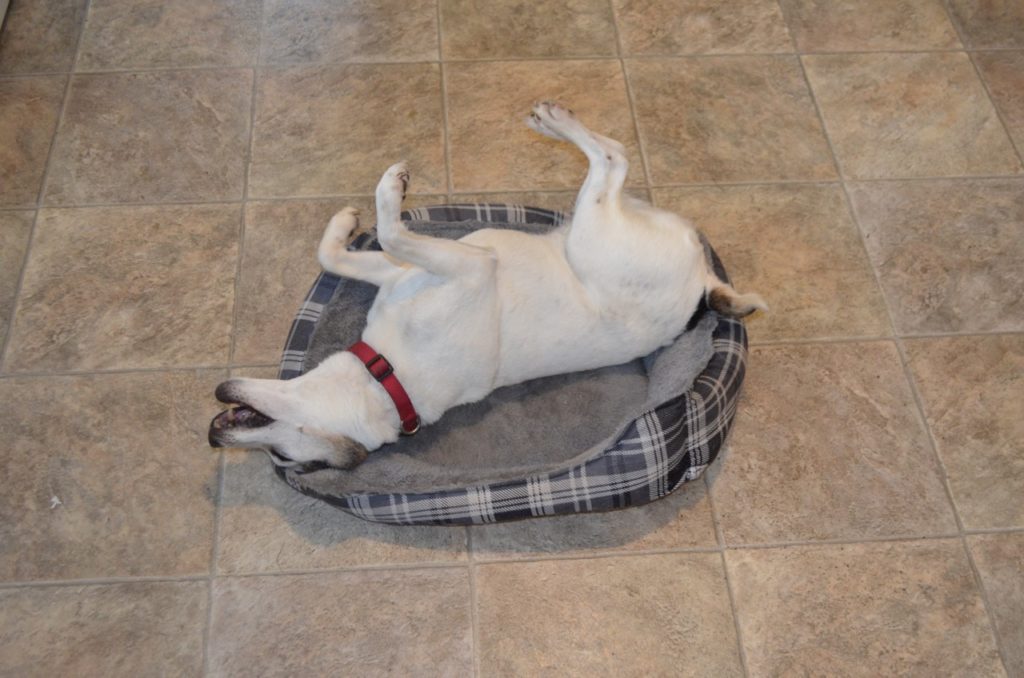 And he finishes with a combined roll/back scratch: 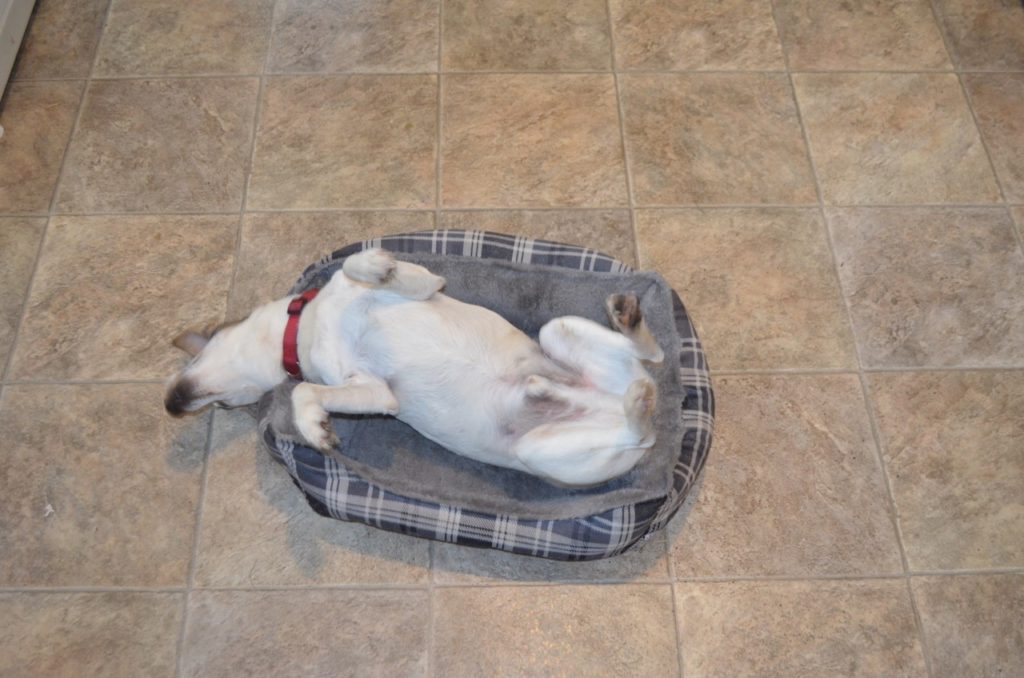 Hank seems content to be here. He isn’t particularly affectionate or engaged with us, but he does wag his short little tail when he’s happy. He gets quite excited when Daisy comes up to him. Hank wags his tail furiously then, and though she tries to play with him, he just stands his ground and bobs away with his tail. Daisy hasn’t figured out what that means yet (neither have we!).

Though we know he has no idea how he ended up with us, we’re sure he would like to say something like, “Hank you for taking me in!”