You are here: Home / Dogs / Dancing With My Doctor 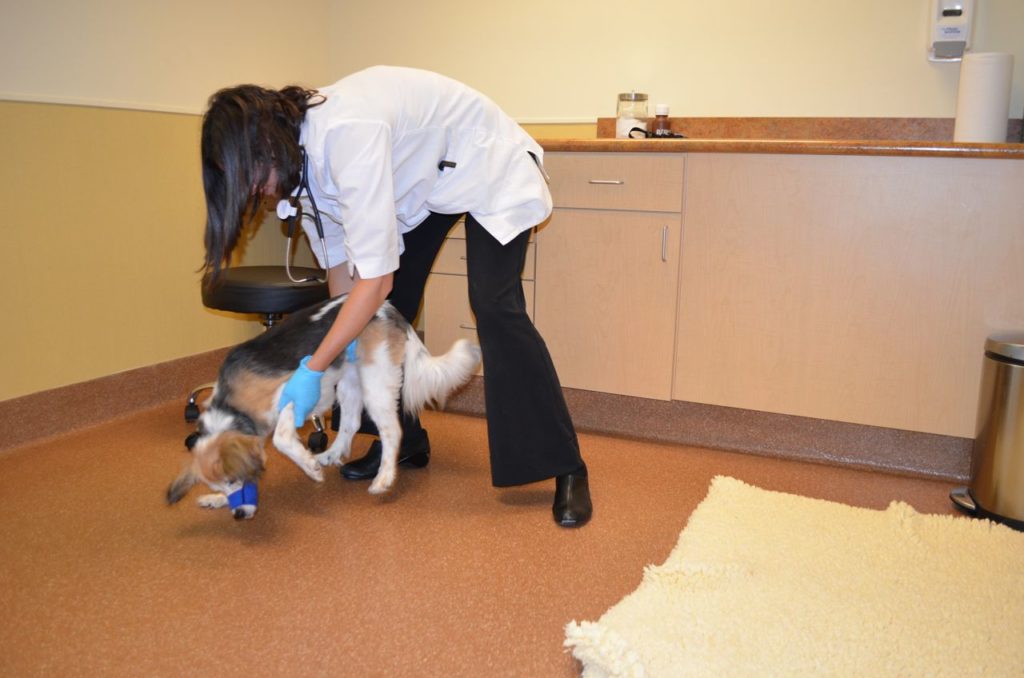 It may look like they’re doing a modified’two-step, but that’s our internal medicine specialist, Dr. Dani Rondeau at Peak, conducting?another neurological evaluation last Thursday?on our recent arrival, Esther. She’s looking to see how Esther compensates with her other feet while being moved around the floor with one or more feet held off the ground. Dani already did?one neuro exam when Esther first came because we knew she had some kind of issue with her hindquarters.

But two weeks ago, one evening after dinner, Esther had a seizure in the living room. It was strange — not the typical seizure we’ve seen many times in dogs over the years. At first we thought she was having a stroke because of how she was acting, but then she came out of it after a minute or so and we realized it was a seizure. And that was all she had — just that one episode. After I reported it to Dani, she suggested taking another look at Esther to see if anything’s changed. (Esther’s wearing a muzzle because we’ve found she can get a wee bit snappy during procedures when she’s had enough of being poked and prodded.)

Here’s another photo from Thursday’s exam … you can see Esther doesn’t realize?her rear?foot is turned backwards and hasn’t pulled it forward, a clear sign of a neuro deficit: 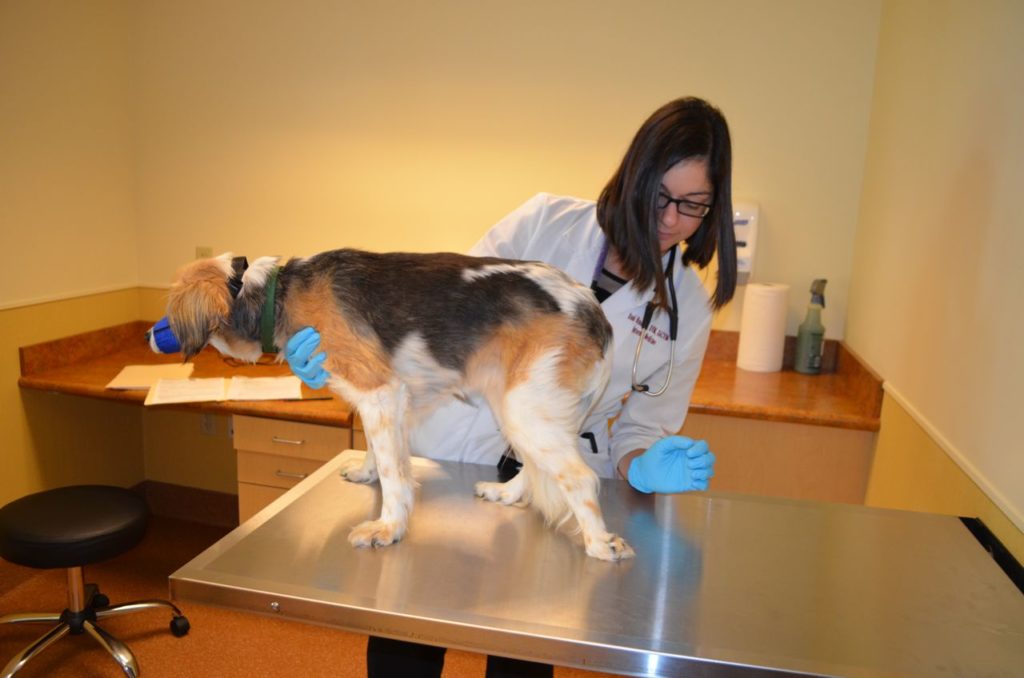 The question is whether the seizure is related to these existing neuro deficits, or something entirely new and unrelated. Because we have no history on her, we don’t even know if she’s had any seizures before. We’ve had dogs who had just one or two seizures and then never again; others who have had a few seizures but years apart. So to paraphrase an expression, one seizure does not a trend make. Yet given the neuro problems she has, it really makes us wonder.

In this shot Dani is checking Esther’s reflexes: 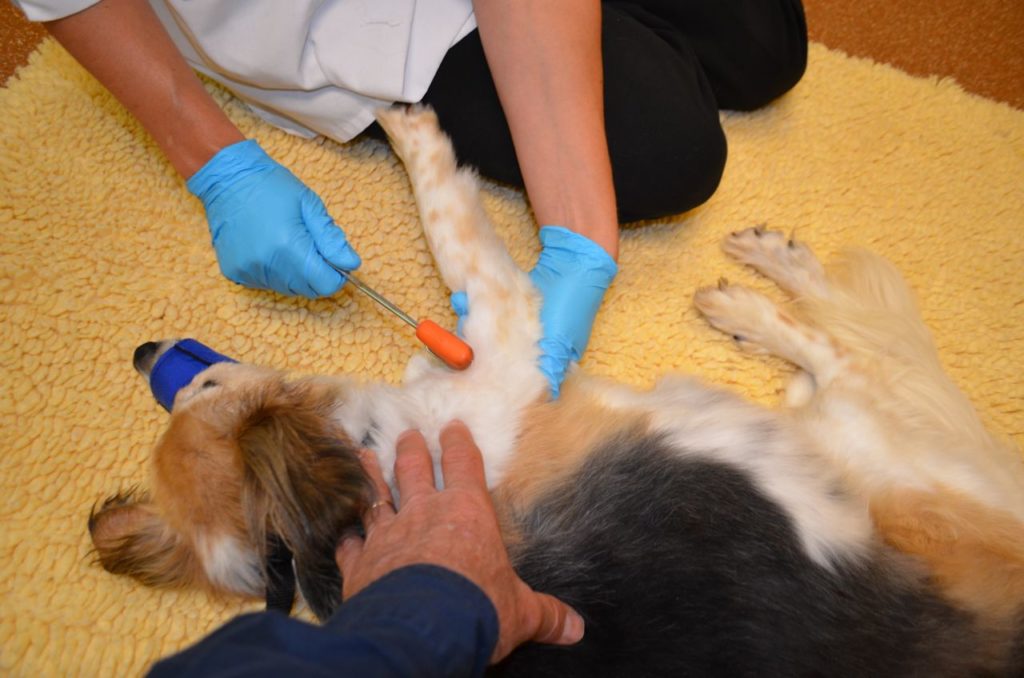 Dani showed me some of the’techniques she uses to determine if there are neurological issues, like handling one rear foot in a particular way and having the opposite foot respond to the stimulus. Yep, that happened with Esther. Dani does think she sees some increased deficits in Esther’s front legs compared to her first exam, though the changes are still subtle.

At this point we need to decide whether to wait and see if she has another seizure, or proceed with an MRI. We expect to make that decision this week.

The latest round of the Shelter Challenge for 2014 is underway. It began July 14 and ends September 21. You can vote every day at?http://www.shelterchallenge.com/. To search for us, type in our name, Rolling Dog Farm, and Lancaster, NH 03584. We’ve won thousands of dollars in the previous contests, so your daily votes do bring in serious money for our disabled animals!