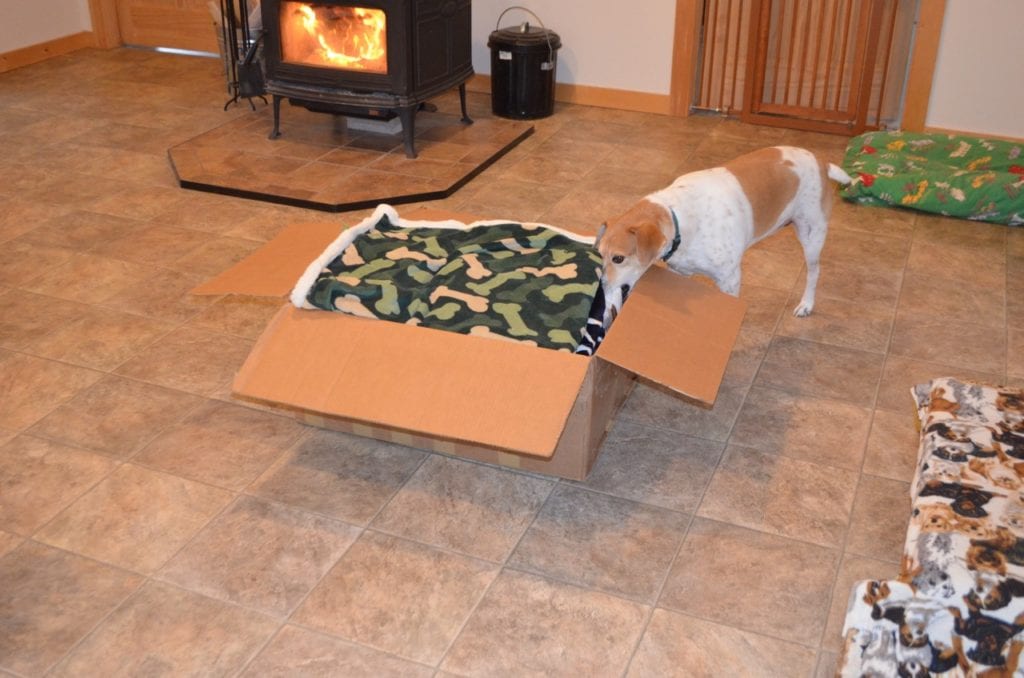 On Christmas Day it was time to open the box of goodies that Barb R. sends the gang every holiday season. This year, sadly, our lead “opener,” our elderly blind Lab Stella, was missing. Shortly before Christmas, she had gone downhill in a few days – a rapid physical and cognitive decline. A vet visit confirmed that she was at the end, and we had to let her go. So it was a bittersweet moment watching the dogs with this big box of presents and not having Stella leading the way.

She really did set the pace and generate the initial excitement, and without her, the only dog who was really into it was Tanner. The blanket at first threw him — it was always the first thing Stella removed for everyone, freeing up the contents. But he finally stuck his nose under it and quickly started retrieving the toys underneath. In the photo above, he has the first toy in his mouth and is about to pull it out.

In this next shot, Tanner’s returned to the other corner and now Millie and Daisy are becoming curious: 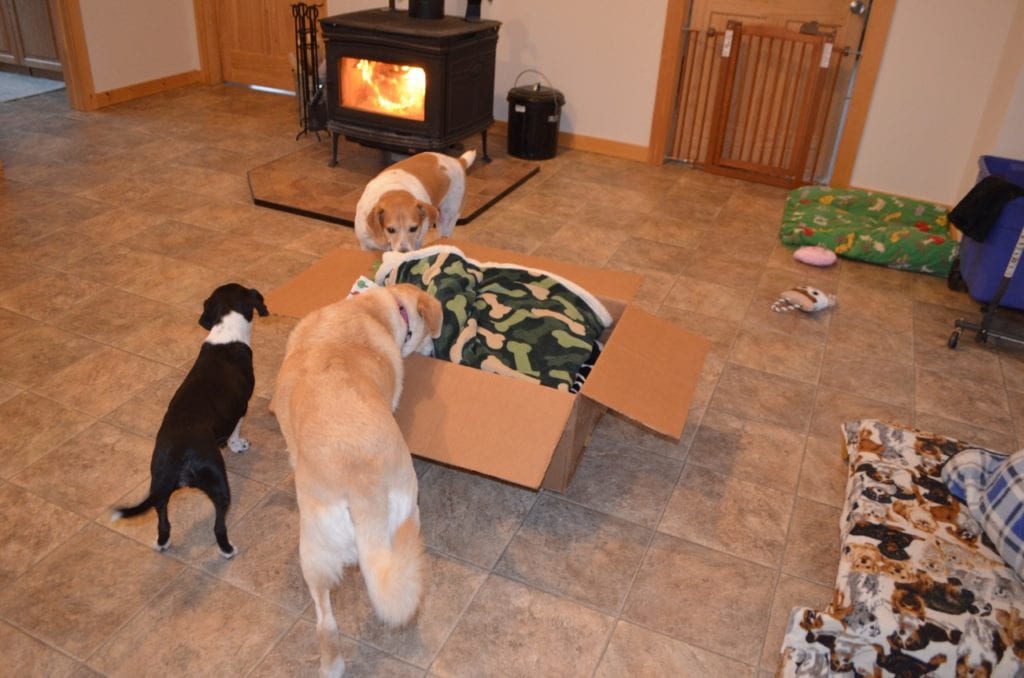 Little Bugsy, who usually joins in these escapades, was sleeping the entire time. 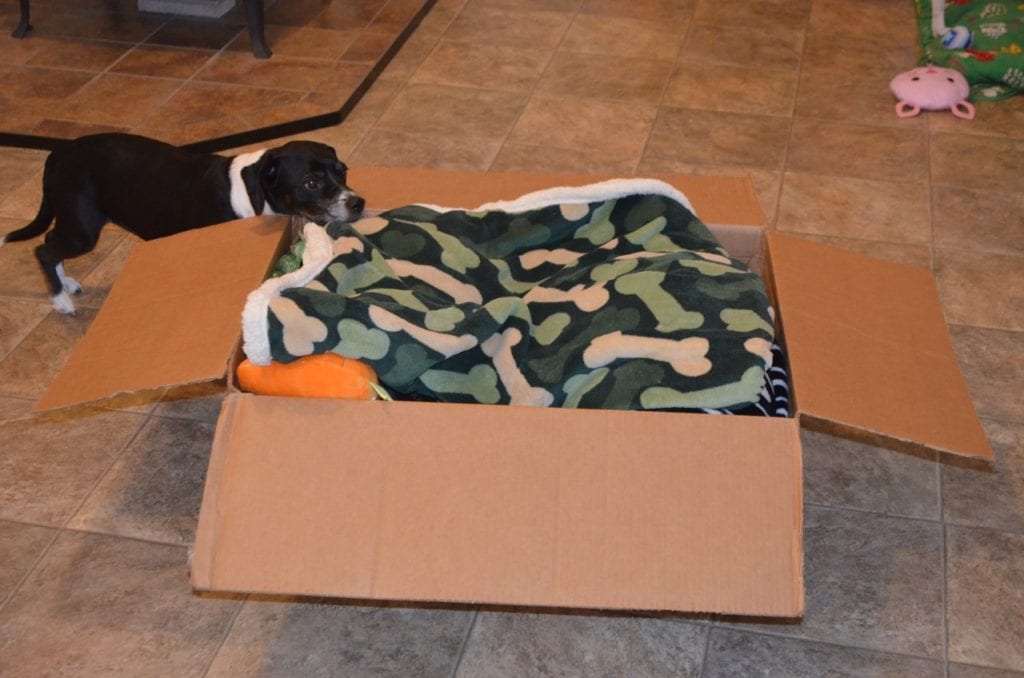 But no, she never did grab anything!

And despite Millie’s initial interest — and her past experience last Christmas pulling toys out — she didn’t retrieve anything this year, and seemed puzzled as to what to do: 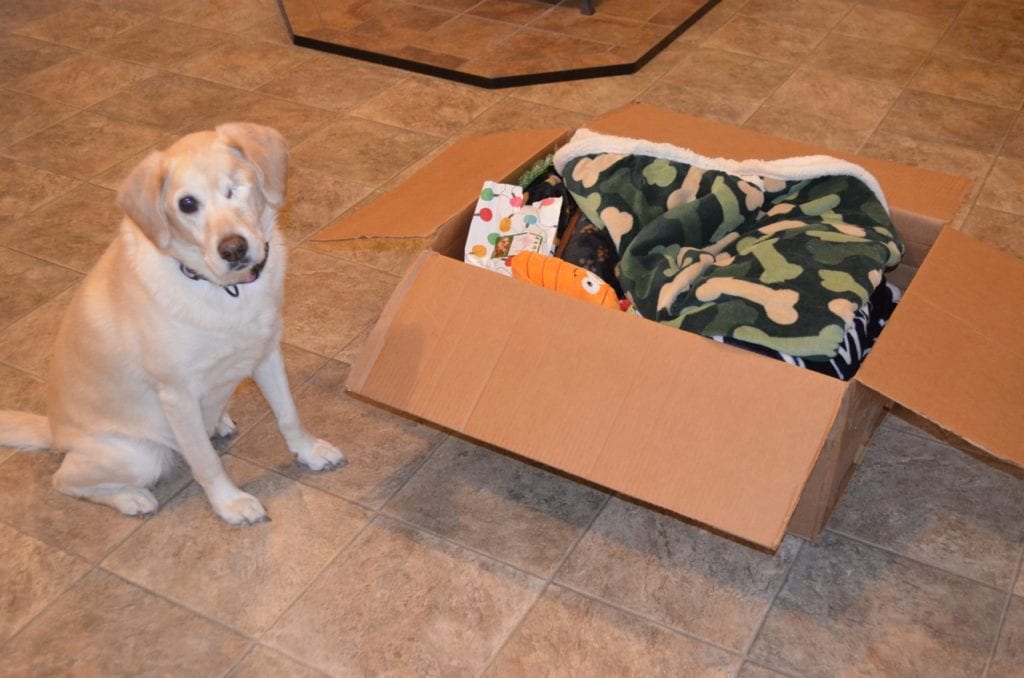 Never fear, though, because Tanner knew exactly what to do — take out every toy he could find, chew on it for a few minutes, go back for another one, chew briefly, rinse and repeat. It wasn’t long before he was surrounded by his prizes: 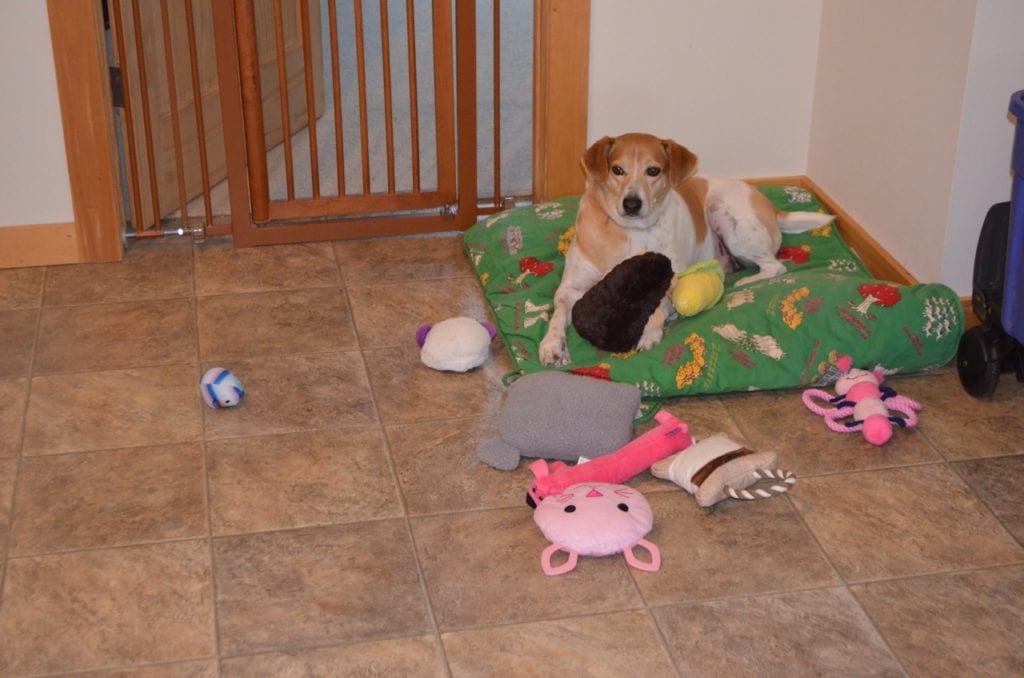 Like everyone else in the East, we were dealing with record cold from this polar vortex for the past ten days or so — though probably colder than most! On January 1st we were at minus 28? that morning … on January 2nd, we hit minus 32? (that’s -35? C) … and yesterday morning, on Sunday, the polar vortex ended with a brisk minus 29?, as you can see from our weather station: 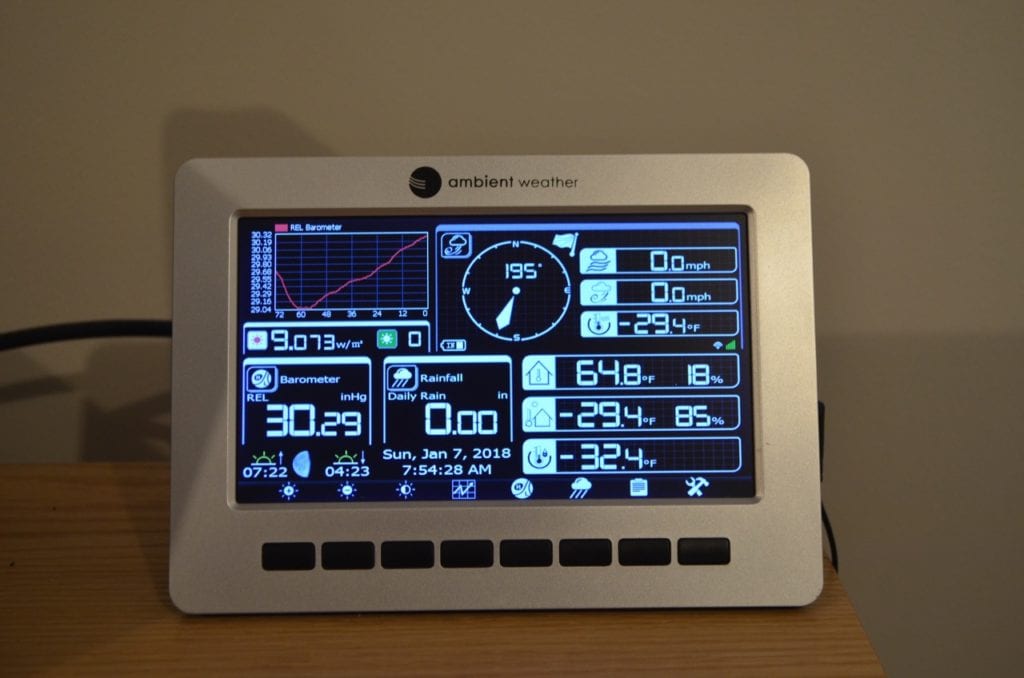 This morning, it was 12? above zero when we got up! Heat wave!