You are here: Home / Dogs / Carrots, Not Dogs 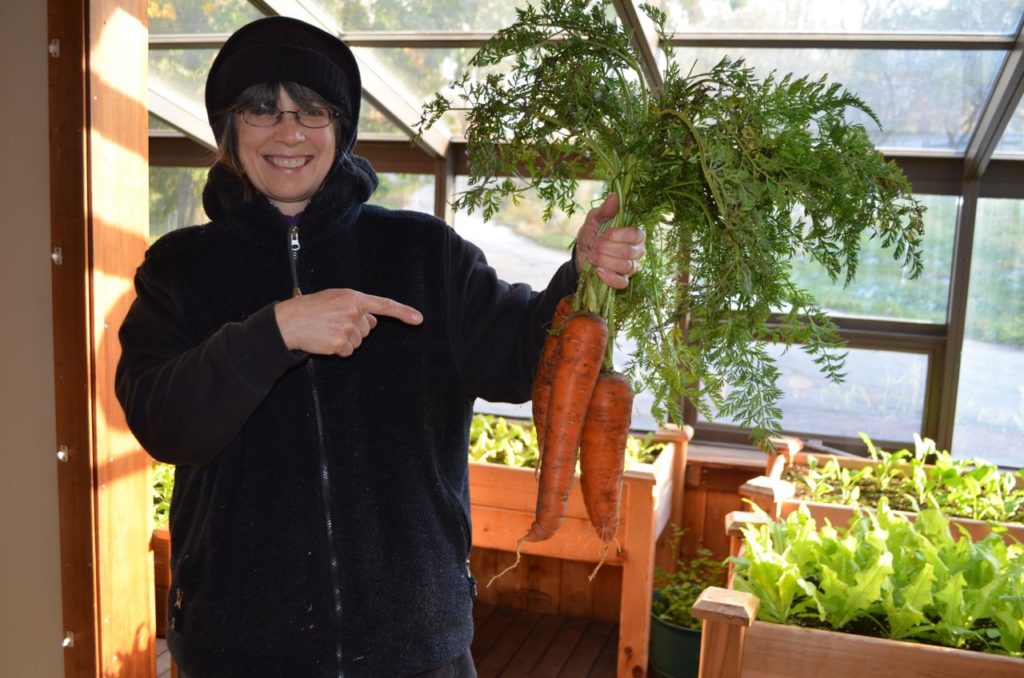 I know this is a blog about disabled dogs, but I?couldn’t resist showing off our carrot harvest. On Sunday afternoon I was making a soup and asked Alayne to go out to the garden and get a couple of carrots for me. (The carrots, because they withstand cold so well and also get sweeter this time of year, are the only thing left in the garden.) A few minutes later, with a surprised look on her face, she returned with this handful of enormous carrots. I took the photo a short while later in front of the solarium, where our greens for the winter are now growing.

We’ve never had carrots this big before — good size, yes, but not like this. We didn’t do anything noticeably different this year, but we had continued to improve the soil in the raised beds where we grow them. No chemicals or artificial fertilizers, just some bedding pack (manure/hay) worked into the soil the previous fall, a little wood ash, and that’s about it. Some sources say that carrots can get too big and then become?”woody,” but ours tasted delicious at this size. (We sampled one right after taking the photo!)

The challenge now is finding enough storage containers — we have five raised beds full of carrots! We store them in damp sawdust in Rubbermaid tubs in the root cellar, and they keep until early the next summer.

We grow almost everything in raised beds now, by the way. With too many heavy downpours and wash-outs, particularly early in the growing season when plants are young and small and vulnerable, we had some frustrating early years here trying to grow crops in the ground. In June this year, for example, we had almost nine inches of rain, more than twice normal — which would have meant losing a lot of crops and having to replant. But with the raised beds (8′ x 4′ feet and 12″ deep; 2.4 m x 1.2 m and 30 cm), we lost nothing because they drained so well. This past spring we still put half the potato crop in the ground, the other half in raised beds, but’the difference in quality was such that we will plant all the potatoes in raised beds next year.

Okay, I realized we really should have a?dog fix to start the week. I took this next photo on Saturday afternoon of the “three amigos,” as we call them — Sunny on the left (he with the deformed?front leg), blind Taco, and his buddy Tanner. On a cold, blustery weekend, they were happy to be bedded down, toasty and warm, in the living room: 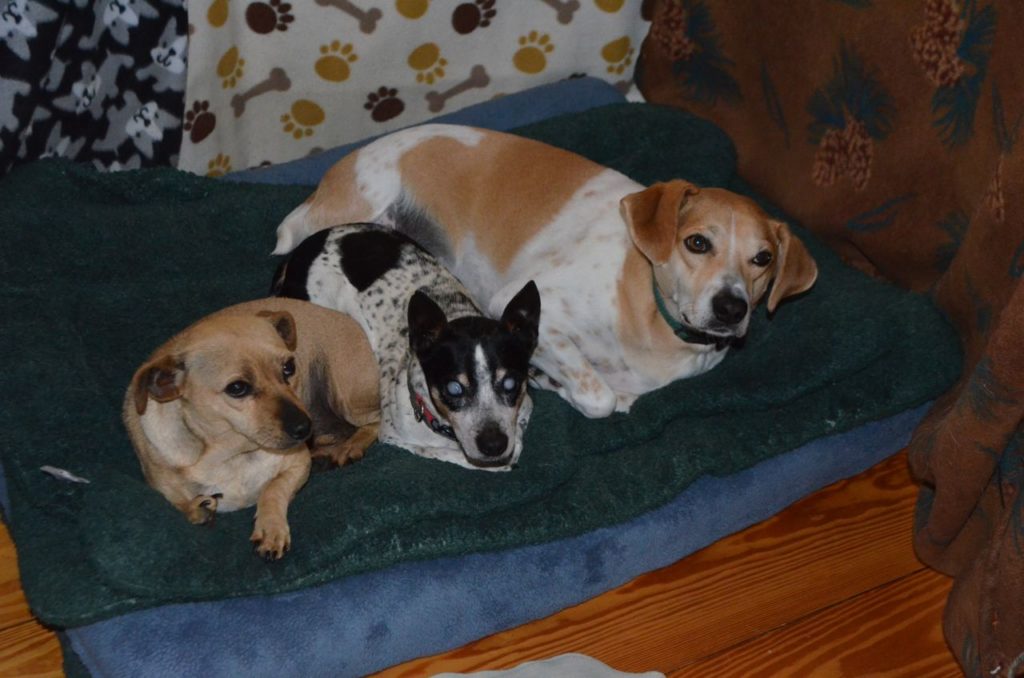 We actually had snow Saturday night, and woke up to an inch or so Sunday morning. Most of it has now melted, though it was a brisk 20? (-6? C) this morning. Here’s what the mountains looked like a few minutes ago: 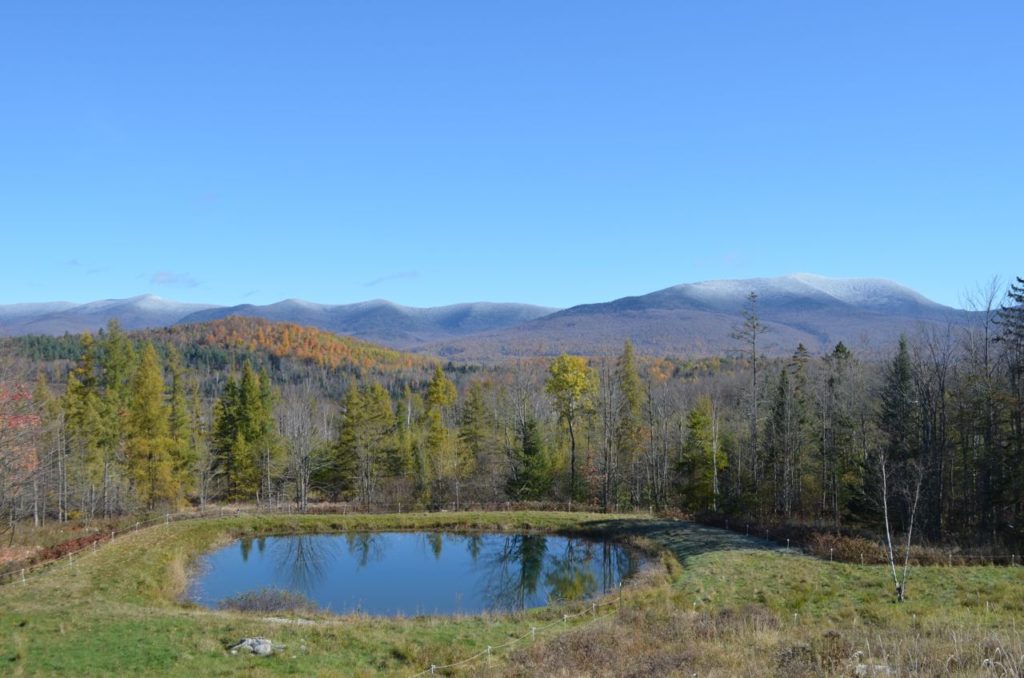 We are not ready for winter yet — and neither are the dogs!