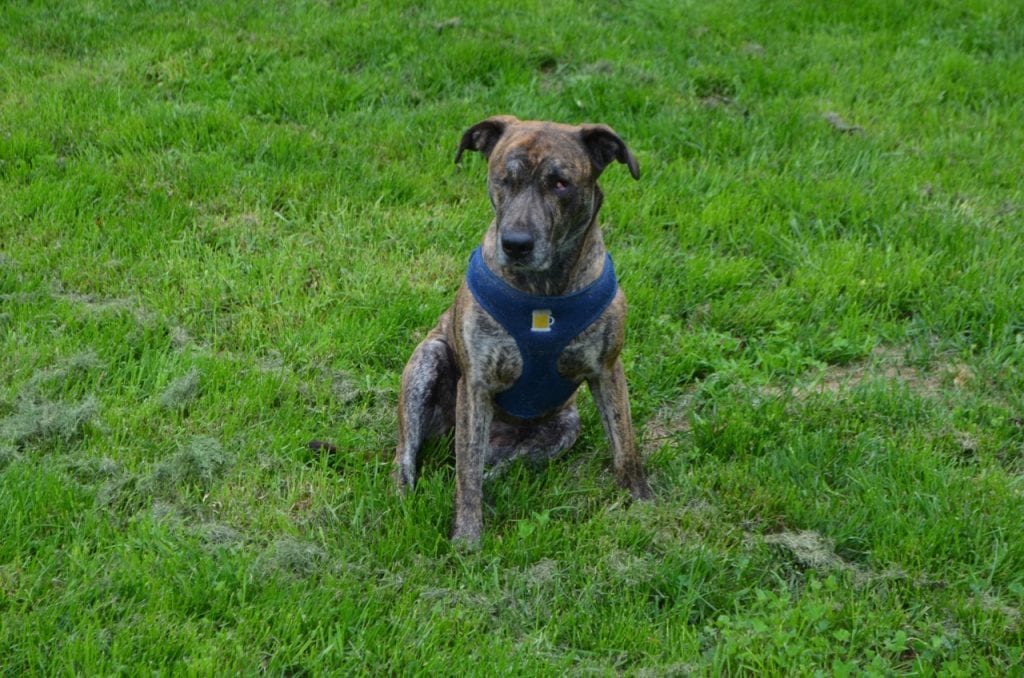 May was an eventful month for us from a veterinary standpoint.

Cammie, our lead poisoning case, stopped using her left rear leg one day. She just began to hold it up in the air. This is the leg where she was hit in the knee with a .22 bullet, but she’d been using that leg both before and after the veterinary surgeon at BEVS had removed it.

He had warned us at the time that because of the damage to the knee, Cammie would one day suffer severe arthritis in that joint, but that seemed to be off in the future. When she stopped using the leg, I took Cammie back to the surgeon for another consultation.

During a physical exam, he found considerable discomfort when he flexed that joint. He wasn’t sure what triggered her reluctance to suddenly stop using the leg — a new round of X-rays didn’t reveal any significant degradation of the joint since the surgery — but she was effectively walking around on three legs.

Of course, after everything this poor dog has been through, we did not want to consider amputating her leg. Because of the complexity of total knee replacement surgery in dogs, this procedure is only done by a handful of veterinary surgeons in the country — there was one in Connecticut, and the next nearest one was at Purdue University in Indiana.

To see what this procedure looks like, here’s a fascinating 2-minute video by the manufacturer of the orthopedic device that will be used in Cammie … it’s available at the top of the page in the banner graphics that roll by, but you can also scroll down to the Surgical Overview section on that page to see the video.

The pain meds only helped Cammie for a few days, and then she began to hold that leg up in the air again … so it was clear we were going to do the total knee replacement. 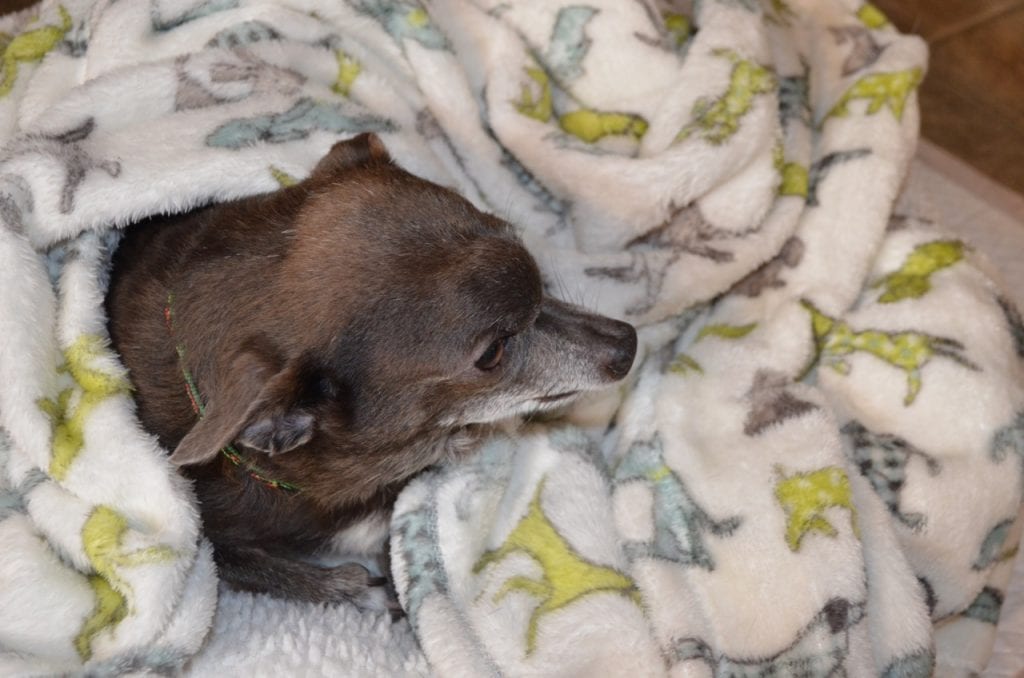 Meanwhile, at about the same time, our Chihuahua Jake — who had come to us last summer as the bonded buddy to Harley — developed a growth on his head literally overnight.

Initially we and our primary care vet thought it was a hematoma, because it occurred right after he had run head-first into one of our kitchen cabinets when he spooked at something. He startles easily and bolts forward — we call him Rocket Man because he can move at lightning speed. On this occasion, he was on his bed in the kitchen (his preferred spot) under a fleece when something Alayne did in the kitchen startled him. He shot off the bed, blanket over his head, and went right into the base of the cabinet with his head. It was the next morning we noticed the lump.

But the growth didn’t go down, so we took Jake to Peak in Burlington for a more detailed work-up with our internal medicine specialist there. A CT scan revealed Jake actually had a nasal tumor.

That growth on his head you see in the photo above is actually not the tumor … it’s from fluid that is part of the body’s inflammatory response to the tumor. We think what happened is that when he ran into the cabinet, the blow weakened the bone structure just enough that it allowed those fluids to finally seep out and get under the skin. The bone in that area had already been degraded by the tumor, which had been there for quite some time apparently.

So ironically, we may have been fortunate that he ran into the cabinet base, because we might not otherwise have known he had the tumor at all if the fluid hadn’t started flowing out. That “hematoma” led us to a cancer diagnosis.

The veterinary oncologist at Peak recommended radiation as the preferred therapy for nasal tumors. The particular type of radiation treatment she recommended is done by only a limited number of radiation oncologists, and again, the nearest one to us was also in Connecticut.

So as luck would have it, I was able to take both Cammie and Jake to see their respective specialists last week in the same trip to Connecticut … one in North Haven (near New Haven) and the other in Norwalk. Cammie’s total knee replacement is now scheduled for July 20th, and we are waiting to hear from the radiation oncologist on when Jake’s treatment is going to begin.

That’s it for now!