You are here: Home / Dogs / Another Tumor, Another Surgery 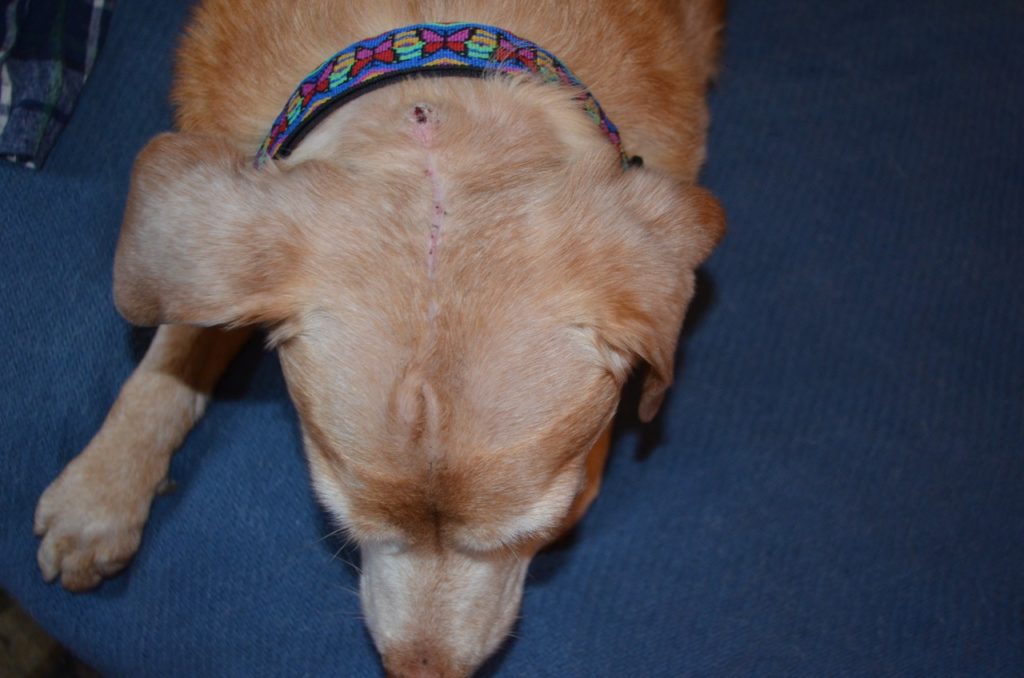 The day before Millie had her eyes removed, Darla had yet another cancerous tumor removed — this one from the top of her head. I took that photo above this morning, showing you the scar that’s left. Ironically, just two?weeks before her surgery, I had taken Darla to Peak for a check-up, where?both our oncologist and internal medicine specialist had examined her. And the oncologist and I together did a complete check of Darla’s body, by hand and sight, for any new growths.

Our veterinary surgeon at Peak, Dr. Kurt Schulz, had already done four operations on Darla to remove cancerous mast cell tumors in the past two years. These things keep popping up on her skin as small growths, in different sizes and shapes and in different parts of her body. So that’s what we were looking for that day, combing through her hair hunting for any new growths. There was nothing. That was on Thursday.

On Sunday morning, I noticed Darla sitting at the top of the stairs, waiting for me to open the gate so she could get to her room. I walked up the stairs, kneeled down to love her up, and immediately saw it: a lump on the top of her head. I couldn’t believe it. This is what it looked like: 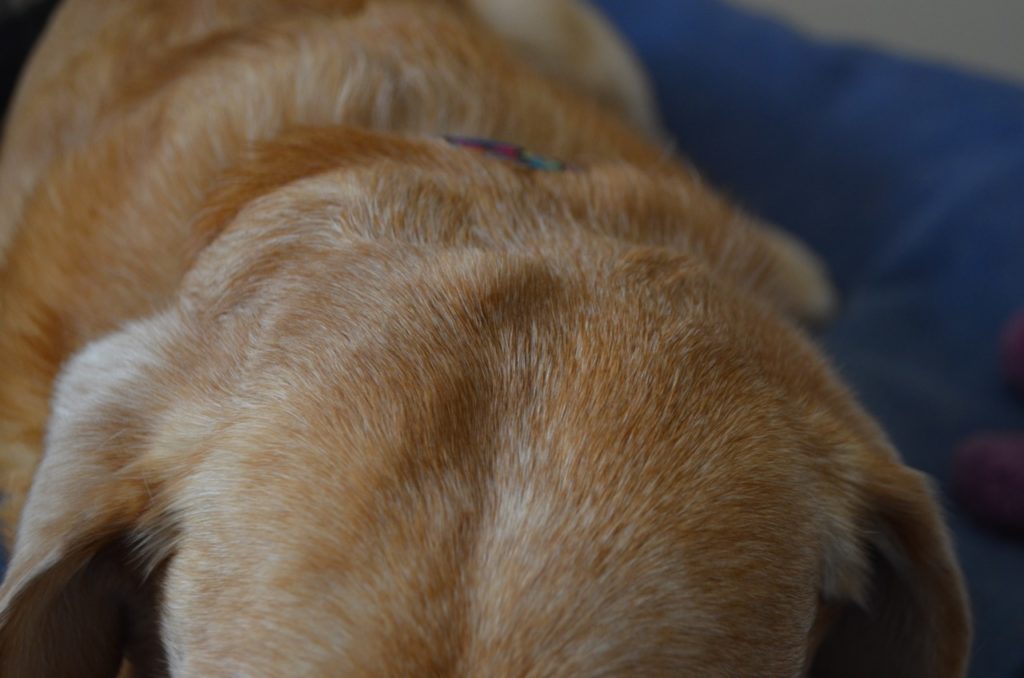 I emailed that photo to our oncologist at Peak, Dr. Kendra Knapik, on Monday, and she called later that day. She suggested?I have our local vet clinic do a fine needle aspirate and send it out for lab analysis, which we did a couple of days later. The pathologist’s report came back saying it was “most consistent with mesenchymal neoplasia,” recommending it be removed and sent in?for further analysis.

This turned out to be Dr. Schulz’s 6th surgery on Darla — the four prior mast cell operations (including spleen removal in one), plus knee surgery. This set a record for the surgeon but not one I really want for bragging rights: This was the most’surgeries he’s ever performed on a single dog before. Of course, that doesn’t count the cataract surgery our veterinary ophthalmologist did?on Darla when she first arrived, restoring her vision. Darla has thus earned her induction into the Pantheon of World’s Most Expensive Dogs! (Wilbur once held the crown for World’s Most Expensive Chihuahua, but after a couple of years of perfect health, he’s probably relinquished the title to another Chihuahua somewhere.)

A few days after the surgery, Dr. Knapik called with good news on the latest pathology results: It was a low-grade soft-tissue sarcoma, with very clean margins, and the chances of it spreading were less than 10%.

Of course, we’ll need to continue to be vigilant and monitor her closely for any new growths.

Any time the subject of her medical expenses comes up, Darla reaches for the tiara that one of our supporters sent her a while back and plops it on her head. (The tiara arrived after I had mentioned on the blog that while Darla had broken all the other rules in the house, we were still holding firm on our “no tiaras on dogs” rule.)

This is her way of reminding us that she’s worth every penny: 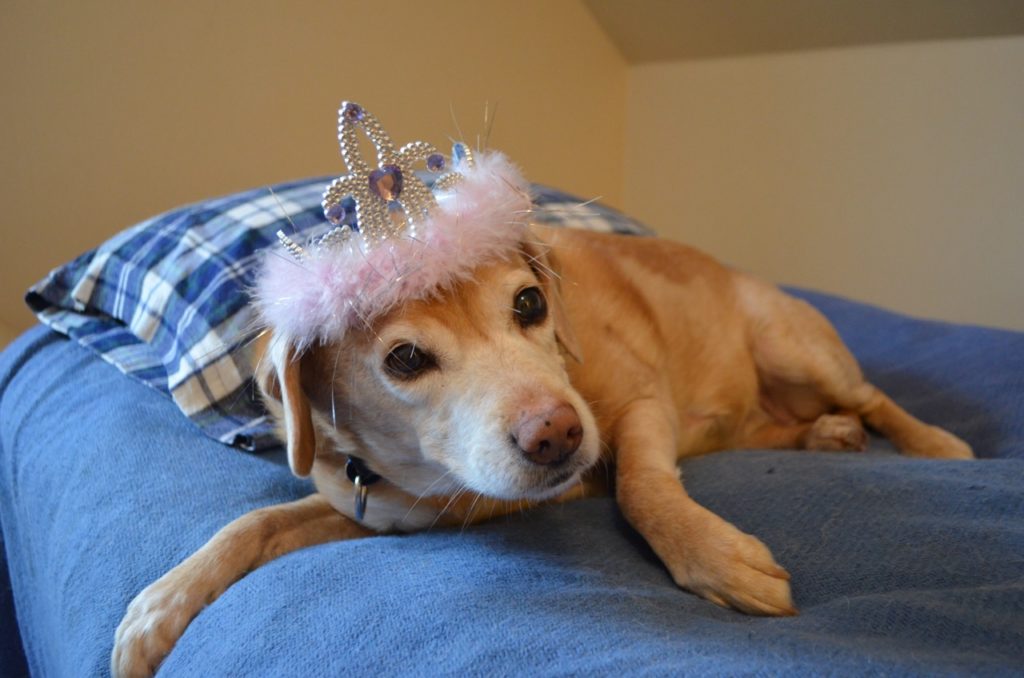 Besides, not only is the tiara appropriate for Miss Princess, but it helps hide the’scar until her?hair grows back. So there, she says.